aside It Ain’t Over Yet. We Lost A Skirmish. We Have A War To Fight. Calling All Warriors. Get Out To Vote 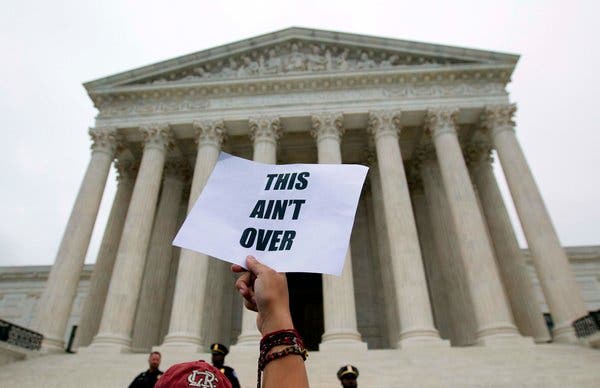 Calling all women (non-Trumpian) warriors and the men who love and respect them, it is time for war. We lost a skirmish but the victory by those conservative GOP Grumpy Old Perverts of the US Senate Judiciary Committee will be short lived at best as they made a fatal tactical error.

They made the mistake of backing the wrong horse. Instead of selecting a qualified conservative judge without the controversial baggage of the recently confirmed US Supreme Court Justice Brett Kavanaugh, they chose to fast track his nomination but why?

The answer is because the big moneyed donors, the powerful can reliably count on him to render rulings in their favor. As per the 8/3/18 American Prospect analysis by Elliot Mincberg:

“In fact, Kavanaugh’s record places him squarely in the mold of a conservative judicial activist according to three criteria. He is a self-described Republican with a career of partisan advocacy on matters from the Starr report to Bush’s 2000 Florida recount to his more than five years’ work on legislative issues, judicial nominations, and other issues in the Bush White House.” 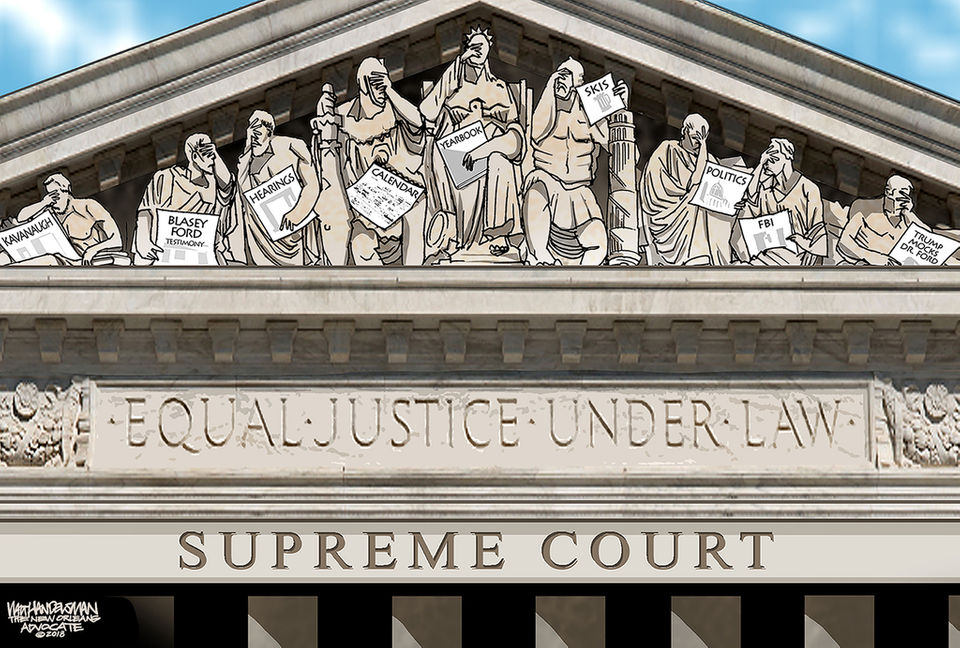 “Indeed, it is difficult to find a single example of a Kavanaugh opinion that has not favored right-wing policy and political positions in major cases. An independent report on his judicial record concluded that he is “an uncommonly partisan judge,” even when compared with other federal appeals court judges.”

“In addition, Kavanaugh has not hesitated to vote to overturn laws passed by democratically elected legislatures in order to advance his views, claiming that the laws are unconstitutional. In 2017, when he voted to strike down the Consumer Financial Protection Board (CFPB) enacted by Congress, Kavanaugh claimed it was unconstitutional because the president did not have the power to fire the CFPB head without a good reason—a constitutional claim firmly rejected by the majority of the D.C. Circuit.”

“Similarly, Kavanaugh relied on a broad interpretation of the Second Amendment, which even fellow Republican judges rejected, when he voted to overturn the elected D.C. Council’s ban on semi-automatic handguns in 2010. In yet another case, arguing in dissent that the Federal Communications Commission’s (FCC) net neutrality rule should be invalidatedas unconstitutional, Kavanaugh relied on a First Amendment claim that even Republican FCC commissioners did not support. 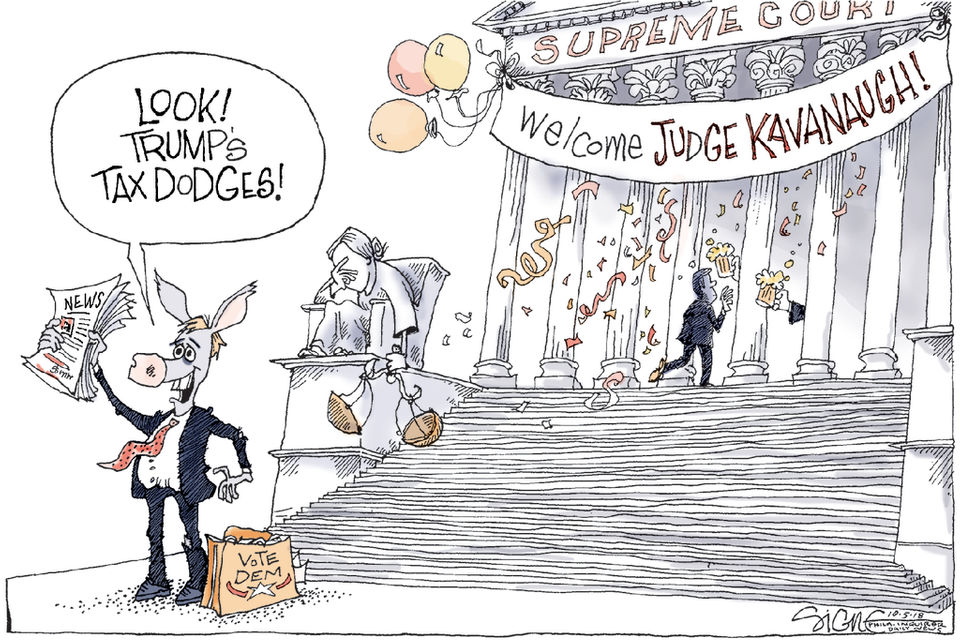 “When he does not strike down laws that contradict his conservative policy views, Kavanaugh sometimes resorts to trying to rewrite laws rather than applying them as written. Both his D.C. Circuit colleagues and the Supreme Court have criticized him for such actions. In a critical antitrust case, he objected to an order preventing the merger of two large health insurance companies that would have reduced competition for consumers in 14 states.”

“The majority criticized Kavanaugh’s dissent for trying to “appl[y] the law as he wishes it were, not as it currently is.” And when the Supreme Court reversed a Kavanaugh opinion that had invalidated a significant Environmental Protection Agency air pollution rule, the Court chided him for reading ”unwritten” requirements into the Clean Air Act and pointedly noted that “a reviewing court’s task is to apply the text” of the law as written, “not to improve upon it.” Finally, Kavanaugh’s views and record on precedent further underline his judicial activism. As an appellate court judge, he cannot vote to overrule Supreme Court precedent. But in speeches, he has clearly indicated his interest in overturning Roe v. Wade and praised Justice William Rehnquist’s dissent in that case. He has also suggested that the landmark U.S. v. Nixon case was wrongly decided and has proclaimed openly that he would like to “put the final nail in the coffin” of the decision upholding Congress’ enactment of an independent counsel law in Morrison v. Olson.”

Dear Fellow Women Warriors, We are talking about him ruling against issues related to pre-existing conditions as per the ACA; work safety rules, environmental issues, net neutrality, etc., and this is before considering the culture war issues like restricting women’s legal access to abortions and the honoring of current laws regarding same sex marriages.

When the reputable Dr. Christine Blasey Ford came forward with her allegations about having been sexually assaulted by a drunken Judge Kavanaugh and his friend Mark judge, during their high school years, she threw a monkey wrench into their plans. The GOP Senators went through the political production of conducting a hearing where Dr. Ford could present her testimony. Because she was convincing, there was the purported supplemental FBI background check into Judge Kavanaugh’s history which was a set up by the White House to provide a fig leaf/ cover to those wavering senators who were moved by Dr. Ford’s words. When the inevitable happened, that being the FBI not uncovering any evidence to corroborate Dr. Ford’s claim, as their probe was severely limited, the GOP senators were then able to continue to push through at a record pace, his confirmation.

Because of their arrogance and hubris, these GOP Grumpy Old Perverts truly are believing that they backed a good guy, a friend known to them for many years, who was about to be pummeled unfairly by those leftist groups who were out to destroy him. When Judge Kavanaugh addressed the US Senate Judiciary Committee members on 9/27/18, these were the sentiments that he was channeling.

But what they have not planned for, is the fall out that will occur when proof is developed that backs the assertions made by 3 women including Dr. Ford.

This development can only happen if women roar back by voting in huge numbers In November 2018. This is war where every vote counts. 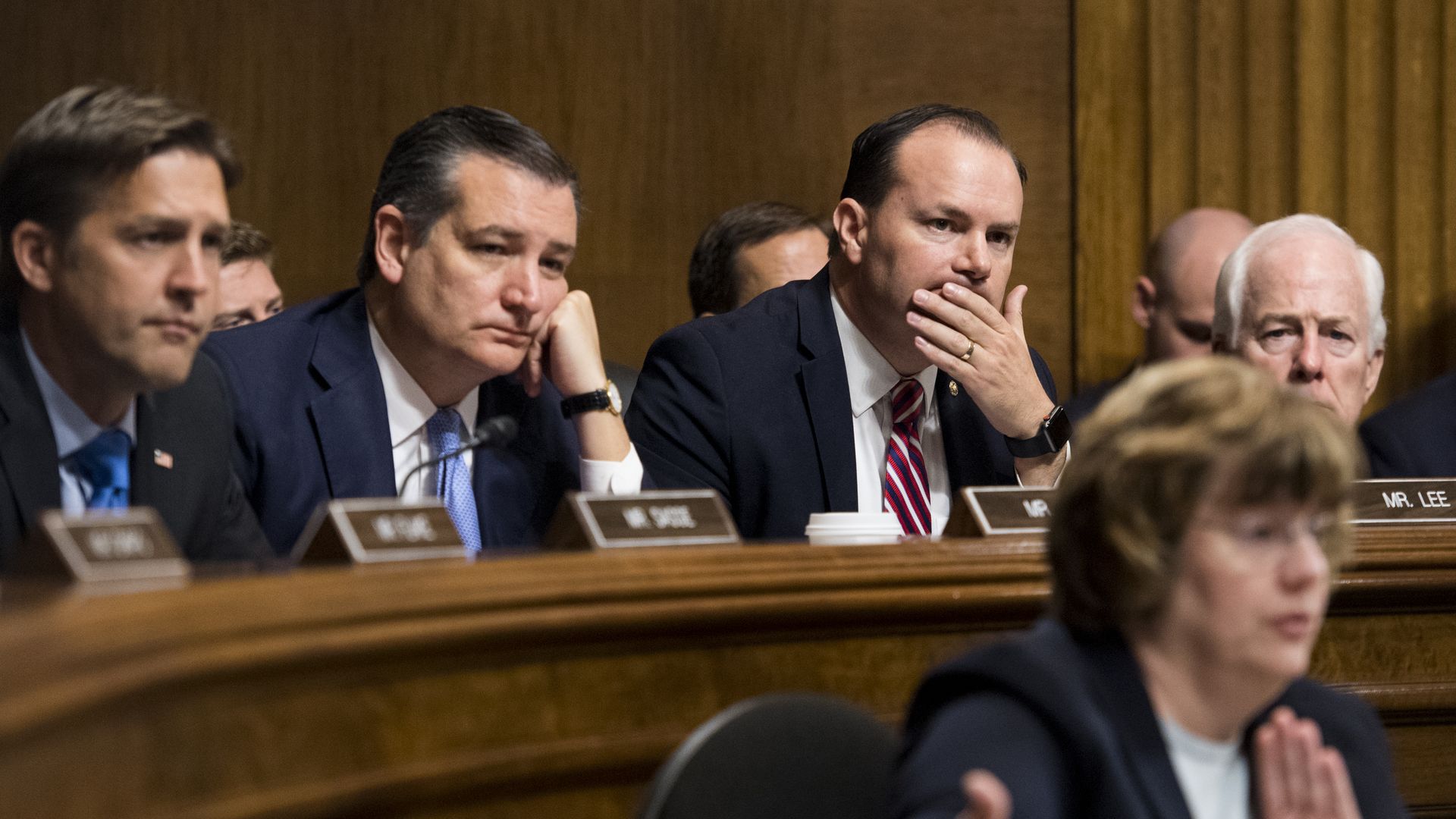 On October 7, 2018, Charles Blow of The New York Times penned the following analysis, “Liberals, This is War” (“What’s at stake is much more than a single Supreme Court seat.”)

“Yes, Brett Kavanaugh is on the Supreme Court. Rue the day. Rend your garments.”

“Then, step back, view the entirety of the battle in which you are engaged, and understand that Kavanaugh is just one part of a much larger plan by conservatives to fundamentally change the American political structure so that it enshrines and protects white male power even after America’s changing demographics and mores move away from that power.”

“This, for them, is not simply a game about political passion and political principles. This is a game of power, pure and simple, and it’s about whether the people who have long held that power will be able to retain it.” 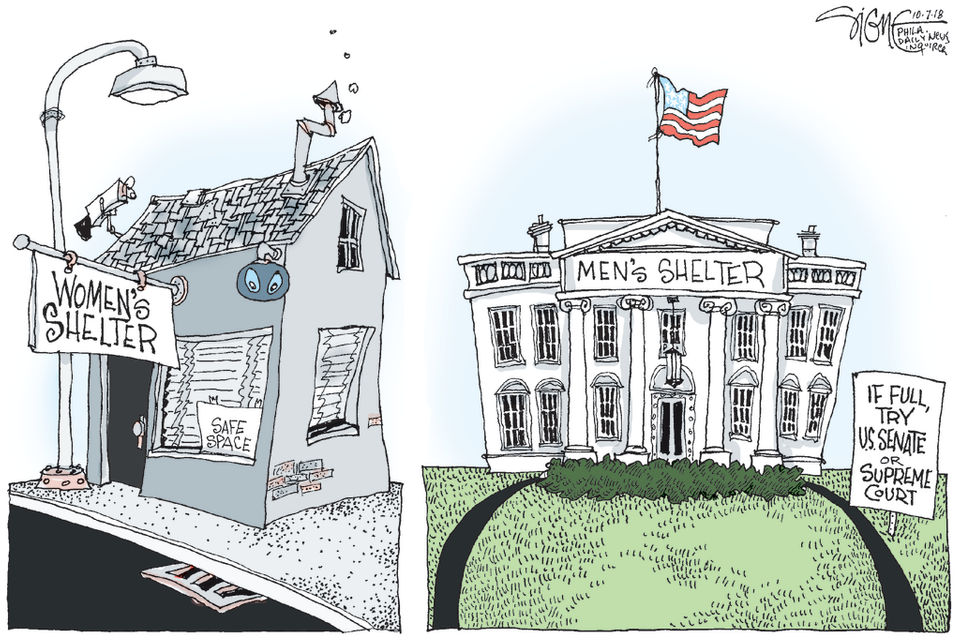 “For them, Trump is just a useful idiot, a temporary anomaly.”

“Liberals can get so high-minded that they lose sight of the ground war. Yes, next month it is important to prove to the rest of Americans, and indeed the world, that Trump and the Republicans who promote and protect him are at odds with American values and with the American majority.”

“On one level this would provide relief and release for a pent-up demand by most Americans to be heard and to calm some of the chaos. But, catharsis is an emotional response and an emotional remedy.”

“Liberals have to look beyond emotions, beyond reactionary electoral enthusiasm, beyond needing to fall in love with candidates in order to vote for them, beyond the coming election and toward the coming showdown.” 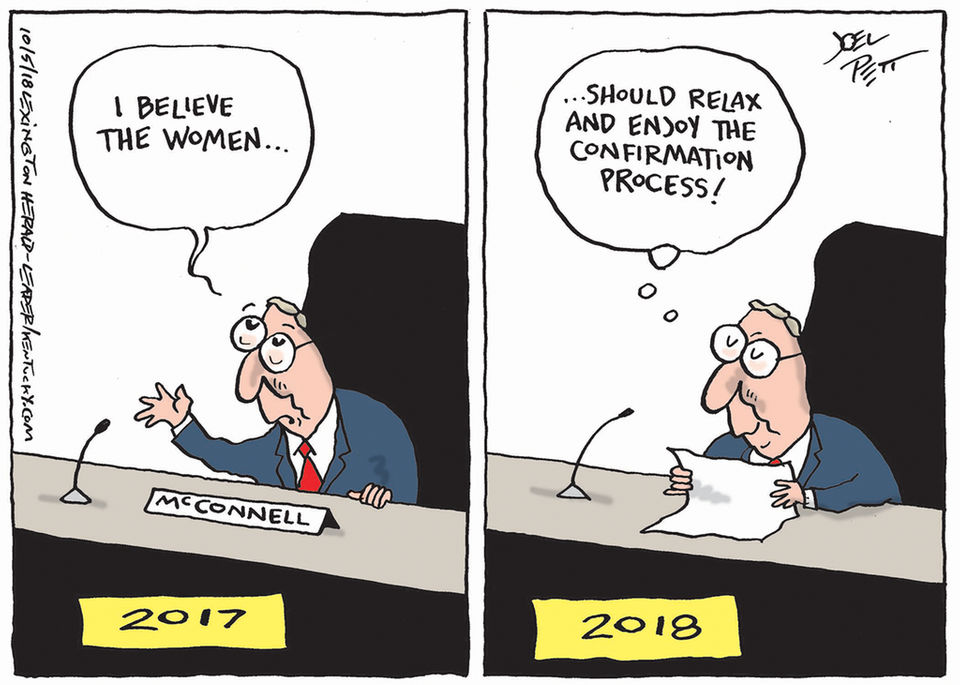 “For instance, the constant pining about justices who will interpret the “original intent” of the Constitution feels far bigger than single issues like gun control.”

“Any Supreme Court confirmation is transformative. This is a court that is often equally divided. At the end of the day, I think what’s really important to remember is that there’s been a movement on the court toward being more originalist and textualist. In other words, the idea that law means something, it has determinate meaning. And that’s the trend that I think this president wants to continue.”

“But, when I think of originalism, I think this: Many of the founders owned slaves; in the Constitution they viewed black people as less than fully human; they didn’t want women or poor white men to vote. The founders, a bunch of rich, powerful white men, didn’t want true democracy in this country, and in fact were dreadfully afraid of it.” 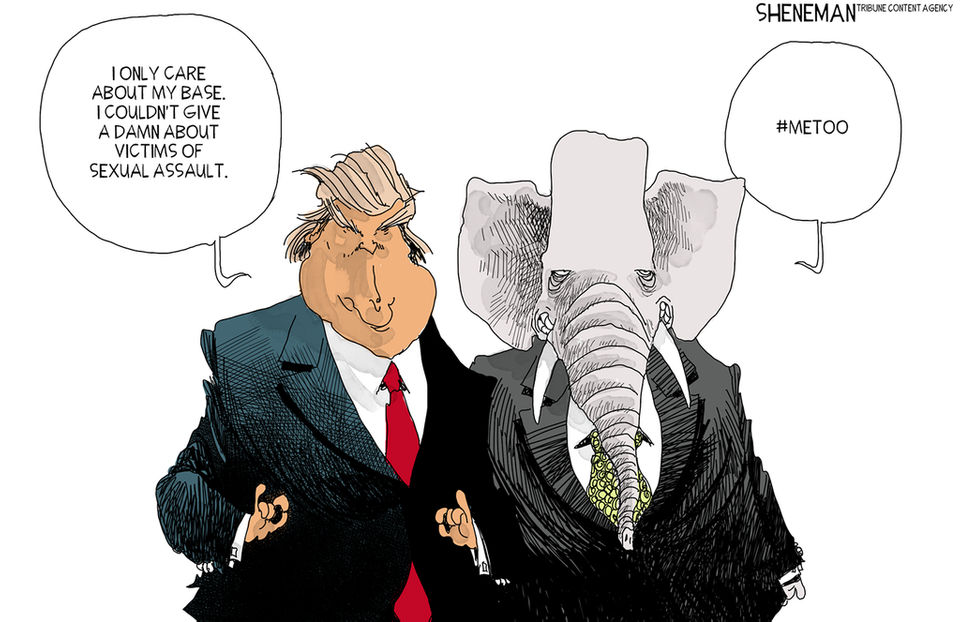 “Now, a bunch of rich, powerful white men want to return us to this sensibility, wrapped in a populist “follow the Constitution” rallying cry and disguised as the ultimate form of patriotism.”

We have to learn to see everything around us, all that is happening on the political front, through that lens. This is what the extreme measures on illegal immigration and even the efforts to dramatically slash legal immigration are all about.

This is also what the demonizing of the visa lottery program is all about. As the Pew Research Center pointed out in August: “In fiscal 2017, which ended Sept. 30, the largest number of visas went to citizens of African countries” while applicants from European countries and from Asia received fewer visas than before.

“The effort to demonize the lottery program is an effort to preserve America’s white majority, against the statistical eventuality, for as long as possible.”

“And that is also what voter disenfranchisement and Citizens United are about. That is why conservatives cheer the moves by young liberals to densely populated cities. The move weakens conservative votes in the places they move to and strengthens it in places they move from.”

“As The Washington Post pointed out in 2016, “In the Electoral College, each individual Wyoming vote weighs 3.6 times more than an individual Californian’s vote.” The Post continued, “That’s the most extreme example, but if you average the 10 most populous states and compare the power of their residents’ votes to those of the 10 least populous states, you get a ratio of 1 to 2.5.”

“Folks, Kavanaugh is only one soldier, albeit an important one, in a larger battle. Stop thinking you’re in a skirmish, when you’re at war.”

Link to article: Liberals, This is War