When a group of people who support a leader of the ilk of the republican President Donald Trump, singularly committed to a white, nationalistic Evangelical theocracy that continually vilifies Muslims, degrades women, condemns LGBTQ people, and shuns foreigners—accuses you of identity politics, mob rule for daring to protest, then you know their claims to victim-hood is fake news. They rule all three branches of government to where this claim has no merit.

The GOP Grumpy Old Perverts are trotting out the old but reusable talking point that all the protesters that you saw on TV prior to Judge Brett Kavanaugh’s confirmation on 10/6/18  to the US Supreme Court that they are paid for by George Soros.

The new twist is that these protesters are now equivalent to mob rule. They actually think that we have not been witnesses to the ugliness demonstrated by folks at President Trump’s campaign rallies and those Tea Party protests during the presidency of Barack Obama.

Americans participating in protests is the American way. We would not have made progress in major areas like the 1964 Civil Rights Act and exposing the truth about the Vietnam War without them.

These same right wingers have tried to paint the “Black Lives Matter’ Movement as a terrorist organization which is an outright lie. They are lying again as this is what they do to exacerbate the divide we are experiencing in the USA.

You all know the antidote to this craziness. Get out and vote by mail, early voting or showing up at the polls around November 6, 2018. Take time to verify your data on the voting rolls in your state.

Maria Bartiromo, Fox Business Network: “Do you believe George Soros is behind all of this, paying these people to get you and your colleagues in elevators or wherever they can get in your face?”

Senate Judiciary Committee Chairman Charles E. Grassley (R-Iowa): “I have heard so many people believe that. I tend to believe it. I believe it fits in his attack mode that he has and how he uses his billions and billions of resources.”

“The very rude elevator screamers are paid professionals only looking to make Senators look bad. Don’t fall for it! Also, look at all of the professionally made identical signs. Paid for by Soros and others. These are not signs made in the basement from love! #Troublemakers”

“Liberal billionaire George Soros has been a boogeyman for conservatives ever since he spent $27 million to oppose President George W. Bush’s reelection in 2004.”

“A Hungarian American who supports a range of liberal groups and causes, Soros, who is Jewish, has been cast as the antagonist of conspiracy theories large and small circulating on the right for more than a decade.”

“The latest one: As protesters fill the Capitol to oppose Judge Brett M. Kavanaugh’s nomination to the Supreme Court — challenging senators on elevators, in hallways and outside their offices — Trump and Grassley are playing down the uproar as a sideshow orchestrated by the invisible hand of Soros.”

“Polls show Americans are divided over Kavanaugh’s nomination. The judge has faced sexual misconduct accusations from Christine Blasey Ford and other women. He could tilt the balance on the court to the right if, as expected, he replaces the more centrist Anthony M. Kennedy. More than 20 million people tuned in to watch Ford and Kavanaugh testify about the sexual assault allegations.”

“In short, with the stakes so high and the confirmation battle drawing so much attention, it’s not hard to imagine that protesters would be descending on Washington without checks from Soros. Is he paying protesters or not?”

“Grassley gave an interview to Fox Business Network in which the host, Maria Bartiromo, asked whether he believed Soros was paying the anti-Kavanaugh protesters confronting senators. Grassley said, “I tend to believe it” because “it fits his attack mode.”

“Eighty minutes later, Trump tweeted that the protesters’ signs were “paid for by Soros and others.”

“A Sept. 30 article in the National Review noted that the two women who confronted Flake — a video of their encounter went viral — were Ana Maria Archila, the co-executive director of the Center for Popular Democracy, and Maggie Gallagher, a 23-year-old activist with the group.”

“Perhaps because the women expressed such raw emotion, few media outlets dug into their political activism,” the National Review reported. “The Center is a left-wing group that is heavily funded by George Soros’s Open Society Foundations. Indeed, as of 2014, the Open Society was one of the three largest donors to the group.” 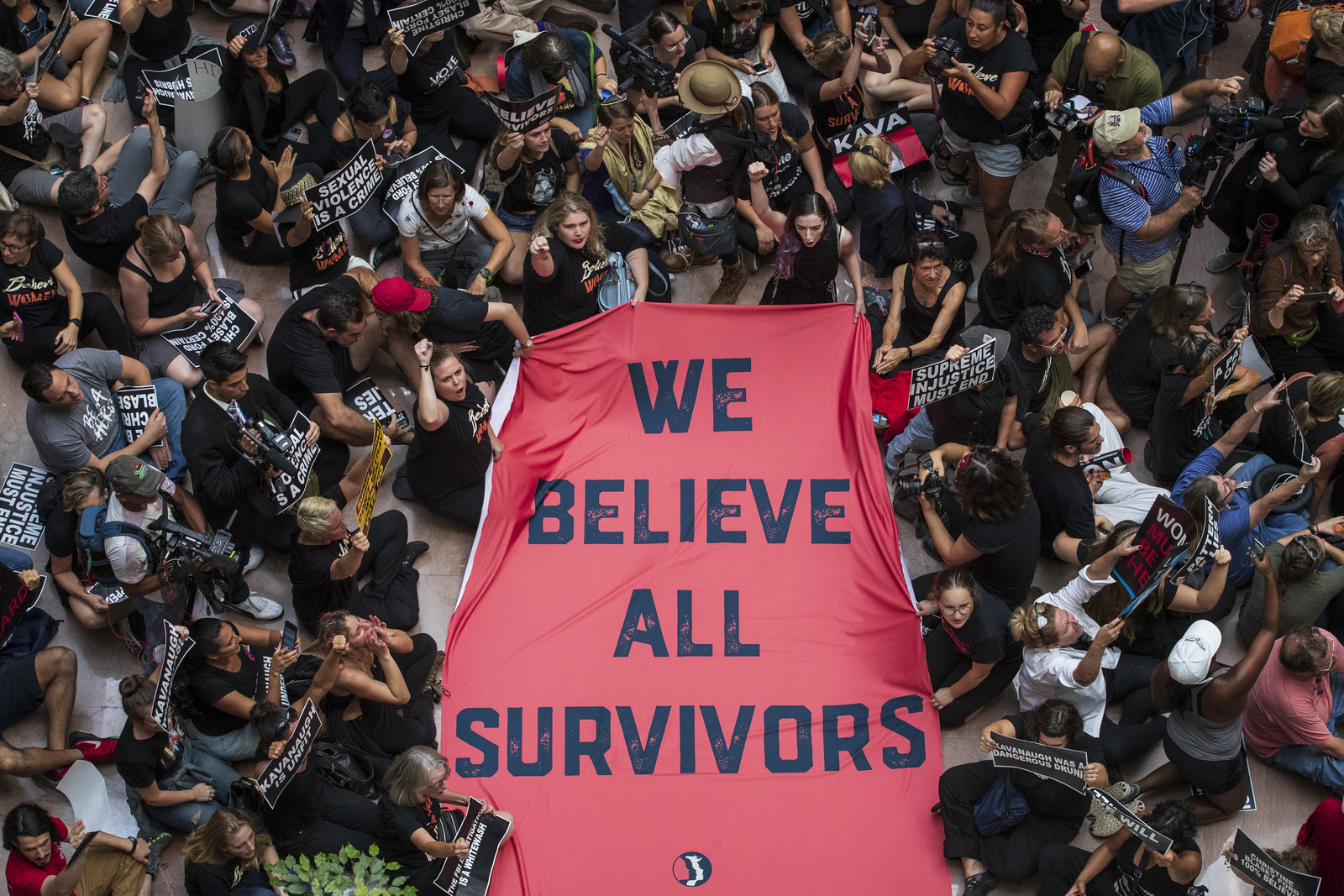 “A Sept. 19 article in the Daily Caller noted that the Center for Popular Democracy and two other groups, the Women’s March and Housing Works, organized a conference call detailing plans to provide protesters with $50 in case they were arrested at the Capitol. These payments, known as “post-and-forfeit,” are basically a form of bail.”

“PolitiFact last year gave a “Pants on Fire” rating to the claim that Soros was paying Women’s March protesters. We found no record of any grants or donations from Soros or his Open Society Foundations to Housing Works.”

I spent a day shadowing the women protesting Kavanaugh. They’re sleeping at local churches, having friends pick up their kids at school, literally shaking w/ fear about telling their assault stories. Progressive groups helped with organizing. But they ain’t paying these folks

“Most of the Open Society Foundations’ money comes with strings attached, Friedman said. The Open Society Foundations provides grants for economic justice programs, and that money was not for “post-and-forfeit” payments for the Kavanaugh protests, he said. The Soros group also provides a minor amount of funding for general operating expenses, but none of that money is used for post-and-forfeit payments, either, Friedman said.” 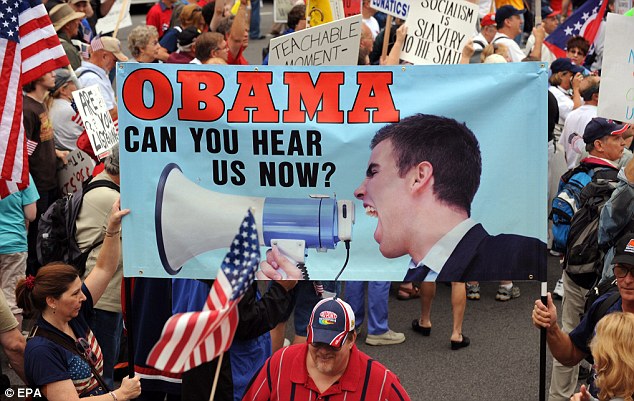 “Jennifer Flynn Walker, director of advocacy and mobilization for both the center and its 501(c)(4) arm, said protesters are not being paid. Soros has no involvement in the group’s organizing efforts or strategy sessions for opposing Kavanaugh, she added.”

“Laura Silber, a spokeswoman for the Open Society Foundations, said the organization “has long supported the work of the Center for Popular Democracy.”

“The decision to discuss the Kavanaugh nomination with Senator Flake was obviously a deeply personal one, and Ms. Ana Maria Archila has explained her thinking and motivations for doing so; the decision was entirely independent of OSF’s support,” Silber added. “That said, the foundations proudly support the right of all citizens to make their voices heard by their elected representatives — a bedrock principle of our democracy that surely Fox News believes in as well.”

“The latest two grants to the Center for Popular Democracy came this year, Silber said. One, for $100,000, was designated to recruit and train activists on pushing “progressive policies on health care,” she said. ”

“First the Daily Caller, then the National Review, then Fox News, then Maria Bartiromo, then Grassley, then the president of the United States — each cried “Soros” to play down the outrage on Capitol Hill over Kavanaugh’s nomination.”

“But the evidence that the Open Society Foundations is somehow paying these protesters doesn’t add up. The post-and-forfeit payments are not coming from Soros money, according to an on-the-record interview with the Center for Popular Democracy’s co-executive director. The Soros group said it provided $1.3 million this year for other, specific programs.”

“The Center for Popular Democracy does not get most of its money from the Open Society Foundations anyway. It received $1 million to $1.5 million a year out of a total $15.5 million a year in grants, gifts and contributions.”

“The balance tips heavily toward “Soros conspiracy theory” rather than “Soros facts” in this case. There is some, indirect money from Soros associated with the groups that confronted senators in elevators, but it is wrong to claim the protesters were paid by Soros or directed by him. Grassley and Trump each earn Three Pinocchios.”