As ICE and other federal agents have been diverted to execute the republican President Donald Trump’s immigration policies which had included the forced separation of children from parents, many of whom were refugees seeking asylum in the USA, a legal action under US and international law, the enforcement of US drug laws have suffered.

Google: Trump’s Misstatements About MS-13 and ICE – The Atlantic

“Federal drug-trafficking prosecutions along the southwestern border plunged to their lowest level in nearly two decades this summer as the Trump administration launched a “zero tolerance” crackdown on illegal immigration that separated thousands of children from their parents.”

“The decision to prosecute everyone caught entering the USA illegally flooded federal courts with thousands of cases, most of them involving minor immigration violations that resulted in no jail time and a $10 fee. As prosecutors and border agents raced to bring those immigrants to court, the number of people they charged under drug-trafficking laws dropped by 30 percent along the border – and in some places far more steeply than that, a USA TODAY review of court dockets and Justice Department records found.” 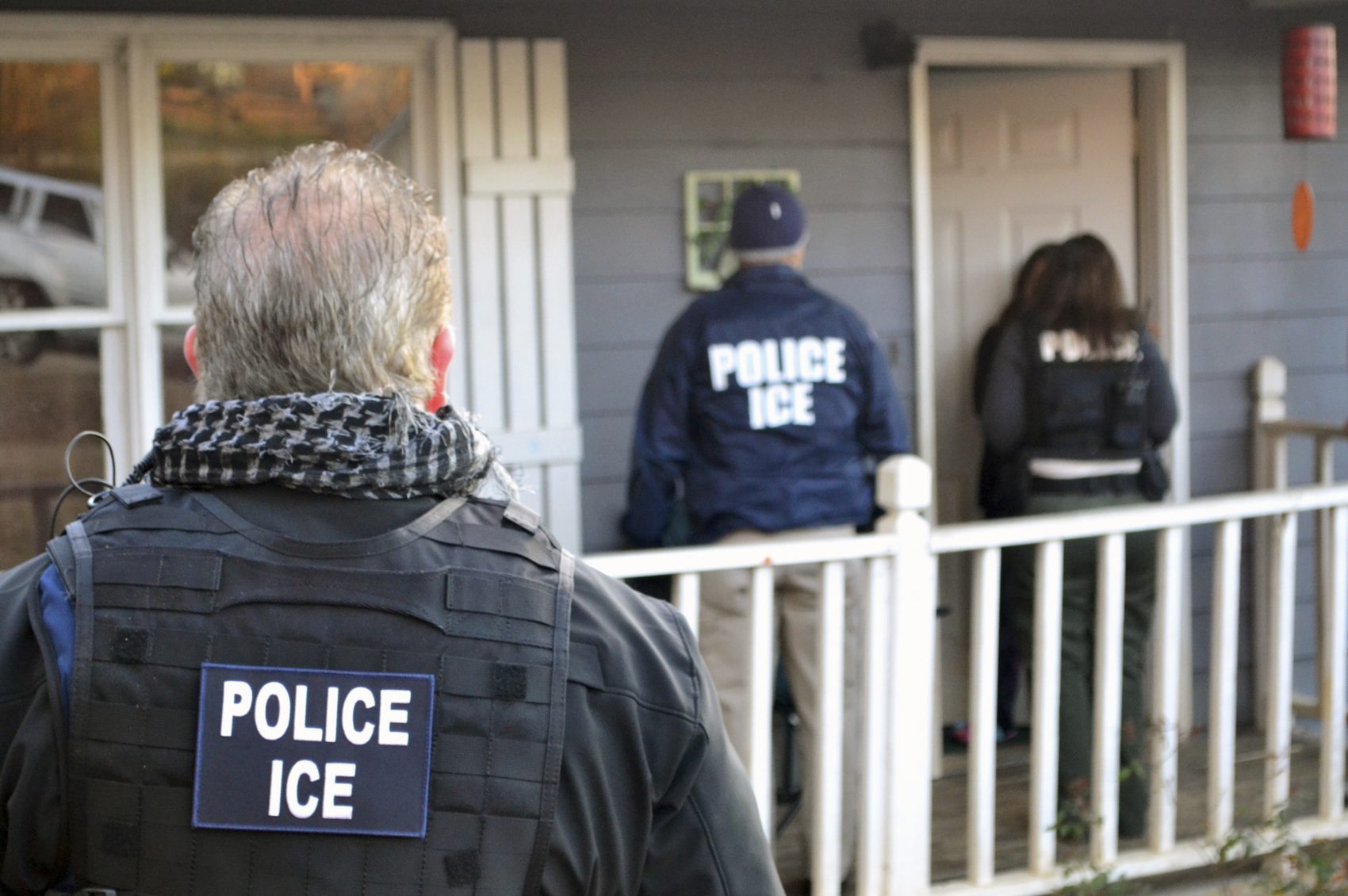 “In June and July, federal prosecutors charged fewer people with drug-trafficking violations than in any month since at least 2001, when the United States began a border security buildup. The numbers rebounded in August but remained lower than the previous summer.”

“The administration cited keeping drug smugglers and other criminals out of the USA as a central reason for tighter restrictions along the Mexican border. It’s part of President Donald Trump’s justification for a border wall and dates to the first moments of his campaign.”

“Announcing his plans to deal with a growing toll of opioid deaths, Trump said in March that “drug traffickers kill so many thousands of our citizens every year. And that’s why my Department of Justice will be seeking so many much tougher penalties than we’ve ever had.”

“Two months later, in May, Attorney General Jeff Sessions instructed prosecutors in the five federal judicial districts spanning parts of four states along the Mexican border to seek criminal charges against everyone caught attempting to enter the USA illegally, even if it meant setting aside other priorities.”

“A spokeswoman for the U.S. attorney’s office in New Mexico, Elizabeth Martinez, said the drop in drug cases there “is completely unrelated to the office’s immigration enforcement efforts.”

“Others were just as certain the shift in focus played a role.”

“There’s no doubt in my mind that serious federal felony offenses are being declined because of the additional resources being spent on people crossing the southwest border,” said John Sandweg, a former acting chief of U.S. Immigration and Customs Enforcement. “You’d think, emphasis would be on drug traffickers.”

“Days after the zero-tolerance crackdown began, a Justice Department supervisor in San Diego warned of the likely consequences. In an email to border authorities, Fred Sheppard, who ran the major crimes unit of the U.S. attorney’s office there, said prosecutors would be “diverting staff, both support and attorneys.” He said prosecutors would put tighter deadlines on smuggling investigations bound for federal court, making it more difficult for agents to bring cases.”

“Soon, already busy courts along the border found themselves inundated with often largely symbolic cases – most of them misdemeanor charges against people caught crossing into the USA for the first time. Border agents brought adult immigrants into federal courtrooms to plead guilty by the dozens, then returned many of them to immigration detention centers, where they found their children were gone.”

“An examination by USA TODAY in June found that a majority of people charged with misdemeanor immigration violations pleaded guilty the same day and were sentenced to no jail time or fine. Case management records show attorneys who previously handled some drug-trafficking cases were assigned to prosecute the hundreds of thoseborder crossing misdemeanors.”

“Justice Department lawyers filed so many immigration charges that the total number of criminal cases in the federal courts in Laredo and McAllen, Texas, more than doubled from March to August, court records show. The caseloads in Corpus Christi and Brownsville, Texas, and El Centro, California, more than tripled.”

“The glut of new cases ignited an international backlash because they were the legal mechanism for separating more than 2,600 children from their parents. At the end of September, government lawyers said 136 children remained in custody without their parents.”

“Few of the cases involved drugs. Court dockets show that only 262 of the more than 14,000 criminal cases filed along the border in July involved people indicted on drug-trafficking charges. “

“As the number of federal drug-smuggling cases in Southern California fell, more started appearing in local courts, even though drug violations typically are punished far less harshly in state courts than in federal ones. For example, cocaine trafficking can lead to a prison sentence as short as two years in California state court while some federal trafficking charges carry a 10-year mandatory minimum.”

“In late June, ICE agents turned a man caught with more than 20 kilograms of cocaine at a Southern California border crossing over to state authorities instead of bringing him to federal court. A judge sentenced him to eight years in prison, though under the state’s sentencing laws, he could get out in half that time.”

“The district attorney’s office in San Diego County, which covers the length of the southern border in California, said in June that the number of drug cases it received from Homeland Security agents who monitor border checkpoints doubled since the start of zero tolerance; three-quarters of them involved more than a kilogram of narcotics. “

“The Justice Department started hiring prosecutors and bringing in military lawyers to help.”

“There’s no question that -0-tolerance created a need for more prosecutors because you’re just squeezing all the cases through a small number of inputs,” said Kenneth Magidson, a former U.S. attorney in southern Texas.”

“Sandweg said prosecuting some immigrants has merit. He and other immigration officials pressed during President Barack Obama’s administration to bring more border crossers into federal court because they found that even token charges against immigrants from northern Mexico seemed to prevent them from trying again. The Justice Department rejected the idea.”

“They said we’re already at capacity and we’d have to drain away resources.”

“Among those priorities are drug-smuggling cases. The drug cases that make it to federal court along the border are seldom small. In July, the Justice Department brought trafficking charges against a woman caught crossing the border in California with 76 pounds of methamphetamine, 15 pounds of cocaine and 3 pounds of heroin stashed in the spare tire and gas tank of her car. Federal prosecutors charged another woman with smuggling 37 pounds of methamphetamine in her gas tank.”

“Martinez said the decline in drug prosecutions in New Mexico is the result of less smuggling, not less attention from prosecutors and agents. For years, she said, border agents have caught fewer and fewer people trying to carry backpacks loaded with marijuana across the border.”

“Nonetheless the drug trade along the border remains vast. U.S. Customs and Border Protection estimated in March that agents seize almost 3 tons of narcotics on a typical day. Homeland Security Secretary Kirstjen Nielsen told Trump at a Cabinet meeting in August that agents “interdict more and more drugs at the border each month.”