It is not surprising that when the republican President Donald Trump learned about the very real possibility that a Saudi national and a Washington Post journalist living in the US as a legal resident, Jamal Khashoggi had been brutally tortured and murdered after entering a Saudi Consulate in Istanbul on the 2nd of October 2018, his first thought was about the US not wanting to lose out on a 110 billion dollar arms deal with Saudi Arabia.

The problem with this reasoning despite it demonstrating the lack of any empathy, decency and sense of humanity, is that this assertion is based on fake news.

“I know they’re [Senators] talking about different kinds of sanctions, but they’re [Saudi Arabia] spending $110 billion on military equipment and on things that create jobs, like jobs and others for this country. I don’t like the concept of stopping an investment of $110 billion into the United States.”

“President Trump pushed back against sanctioning Saudi Arabia over the disappearance and likely killing of Washington Post contributor Jamal Khashoggi, saying the Saudis have pledged to buy $110 billion of military equipment from the United States.”

“But this number is unlikely to come to fruition – and in any case many of the purported deals are long in the future, according to a detailed list obtained by The Fact Checker. Indeed, in a March meeting with the country’s de facto ruler, Crown Prince Mohammad bin Salman, Trump noted that the current set of planned deliveries was “peanuts.”

When Trump completed his visit May, 2017 trip to Saudi Arabia, claiming $270 billion in sales, we gave him Three Pinocchios after a review of the data. The $110 billion in military sales aroused great skepticism among experts, with Bruce Riedel of the Brookings Institution calling the claim “fake news.”

“Most of the publicly announced items had been previously announced by the Obama administration and there appeared to be few, if any, signed contracts. Rather, many of the announcements were MOIs — memorandums of intent. There were six specific items, adding up to $28 billion, but all had been previously notified to Congress by the Obama administration.”

“After Trump’s remarks on Khashoggi, Reidel said the $110 billion figure was “still fake.” 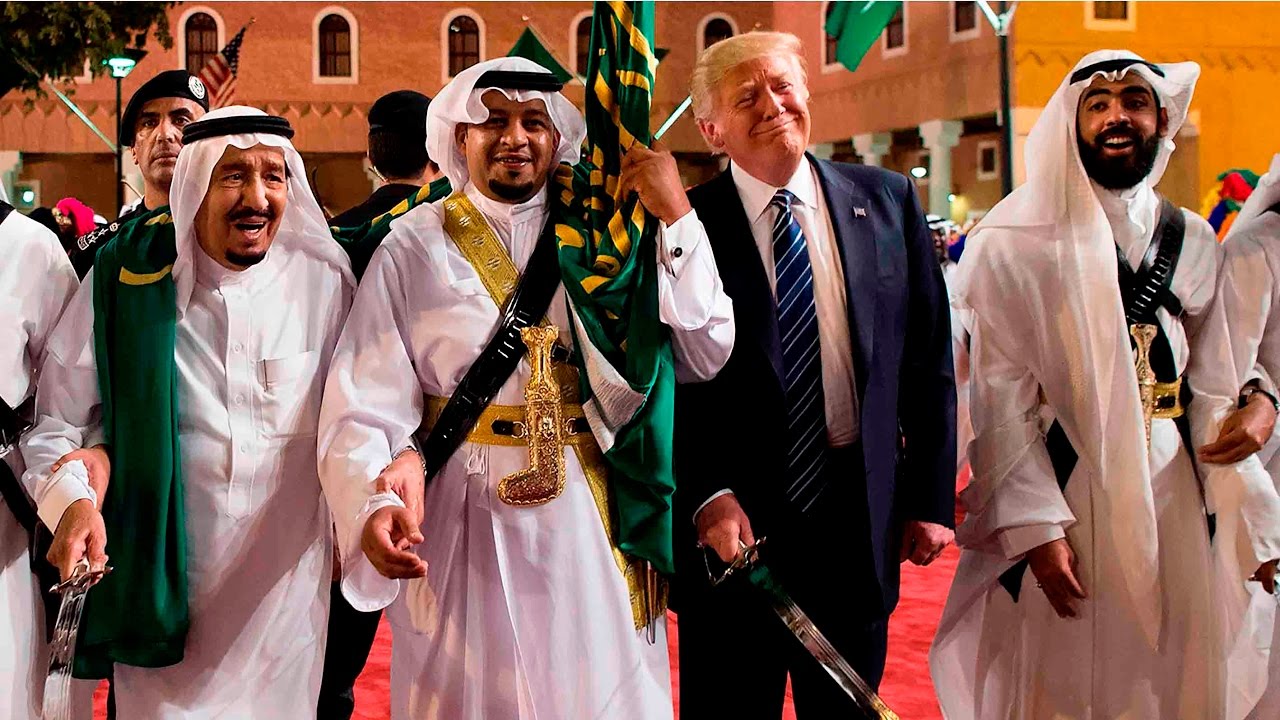 “He said the Saudis have not bought locked in the arms deals touted by Trump, even a $15 billion deal for Terminal High Altitude Area Defense anti-ballistic missile system that has received preliminary approval from Congress. He noted that the Saudis let a September deadline for the deal lapse with Lockheed Martin, despite a 20 percent price cut.”

“A review of the announcements on the Defense Security Cooperation Agency website since Trump’s 2017 trip reveals that, besides THAAD, there have been six State Department announcements of approval of Saudi sales, totaling just $4 billion.” 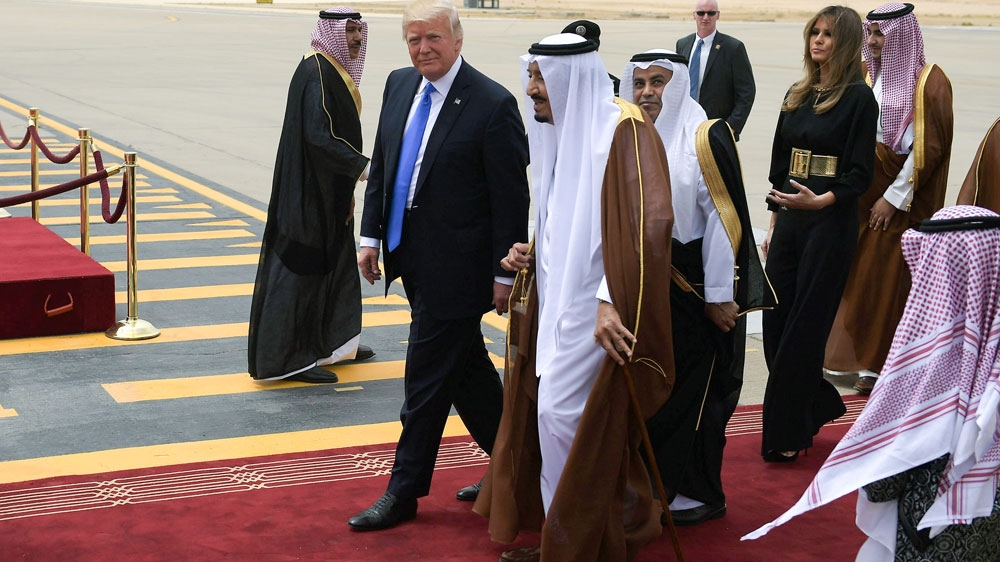 “According to the 2017 document of all of the military-sales agreements reviewed by The Fact Checker, most of the items did not have delivery dates or were scheduled for 2022 or beyond. The THAAD, for instance, was scheduled for 2023-2026. An order for four ships would not be completed until 2028. Billions of dollars in bombs are scheduled for delivery in 2022.”

“In essence, this is a wish list. It’s worth recalling that Obama offered Saudi Arabia $115 billion in deals, about half of which resulted in actual sales.”

“Trump raised the possibility that the Saudis might turn to Russia or China for its hardware. The Saudis are still considering purchasing a Russian S-400 air-defense system, but Reidel said the kingdom is too invested in U.S. equipment – which means the U.S. has significant leverage if it wanted to punish the Saudis over the Khashoggi matter.”

“It would take decades to transition from U.S. and U.K. aircraft, for example, to Russian or Chinese aircraft,” Reidel said. “Same is true for tanks, communications equipment and other hi-tech equipment. And the Saudis don’t have time given they are bogged down in Yemen.”

This is an example of a politician believing his own propaganda. The $110 billion-figure is not real and unlikely to come to fruition – and even if it did, it represents sales far in the future. The president should scale down the use of the number, especially when talking about a diplomatic crisis today. Given that little on the supposed deals has advanced since Trump’s announcement 1 1/2 years ago, we are upping this to Four Pinocchios.