President Trump With His I-Phone: Hey, China, Russia, Can You Hear Me Now?

Remember how the Democratic Party 2016 presidential candidate Hillary Clinton was eviscerated for her alleged lax attitude with her usage of a private server as she transmitted  non-classified work-related emails while she was the US Secretary of State from 2009-2013. She had been accused of exposing some material which were retroactively categorized as classified, to being hacked by foreign government operatives. We are still hearing the republican President Donald Trump, his GOP cronies and followers do the chant, “lock her up,’ ‘lock her up,’ over her e-mail handling at his campaign rallies.

Well as usual, President Trump has been even more lax with regards to following protocols designed to keep foreign governmental personnel from hacking every word he says, as he insists on using his non-secured I-phone. He is a high security risk. 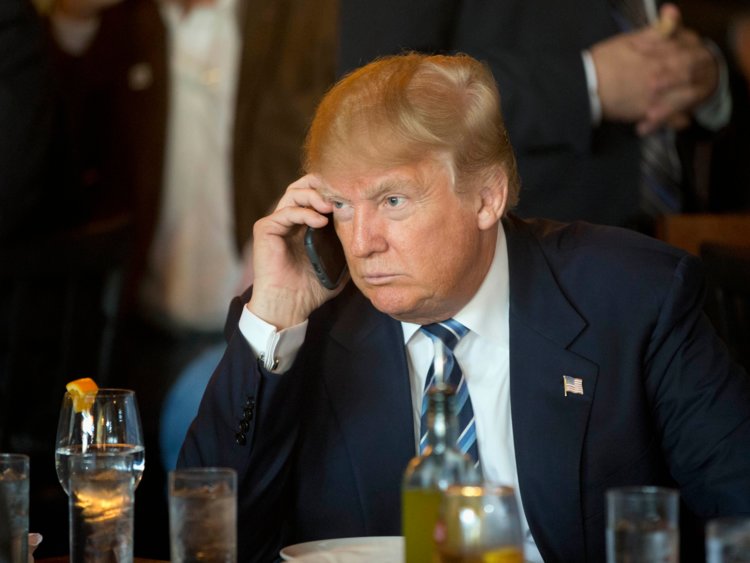 On October 24, 2018, Matthew Rosenberg and Maggie Haberman of the New York Times penned the following report, “When Trump Phones Friends, the Chinese and the Russians Listen and Learn”

“When President Trump calls old friends on one of his iPhones to gossip, gripe or solicit their latest take on how he is doing, American intelligence reports indicate that Chinese spies are often listening — and putting to use invaluable insights into how to best work the president and affect administration policy, current and former American officials said.”

“Mr. Trump’s aides have repeatedly warned him that his cellphone calls are not secure, and they have told him that Russian spies are routinely eavesdropping on the calls, as well. But aides say the voluble president, who has been pressured into using his secure White House landline more often these days, has still refused to give up his iPhones. White House officials say they can only hope he refrains from discussing classified information when he is on them.” 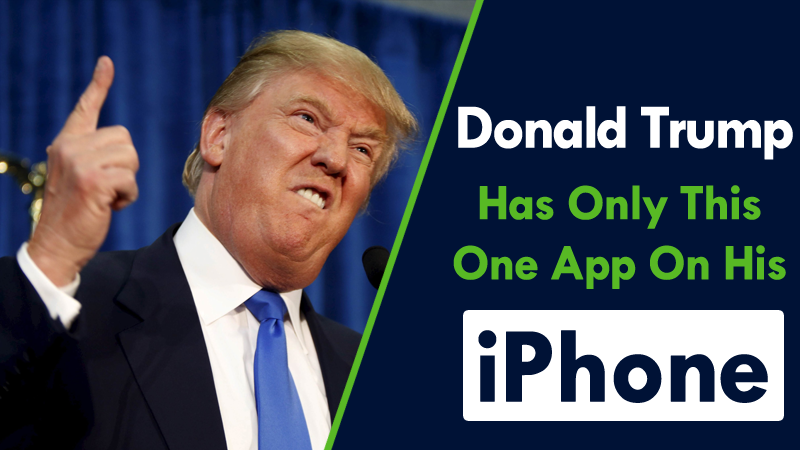 “Mr. Trump’s use of his iPhones was detailed by several current and former officials, who spoke on the condition of anonymity so they could discuss classified intelligence and sensitive security arrangements. The officials said they were doing so not to undermine Mr. Trump, but out of frustration with what they considered the president’s casual approach to electronic security.”

“American spy agencies, the officials said, had learned that China and Russia were eavesdropping on the president’s cellphone calls from human sources inside foreign governments and intercepting communications between foreign officials.” “On Thursday morning, Mr. Trump said this article was “soooo wrong!” and asserted that he used only government phones and “only one seldom used government cell phone.” He did not claim there were other factual errors in The New York Times’ reporting.”

The so-called experts on Trump over at the New York Times wrote a long and boring article on my cellphone usage that is so incorrect I do not have time here to correct it. I only use Government Phones, and have only one seldom used government cell phone. Story is soooo wrong! 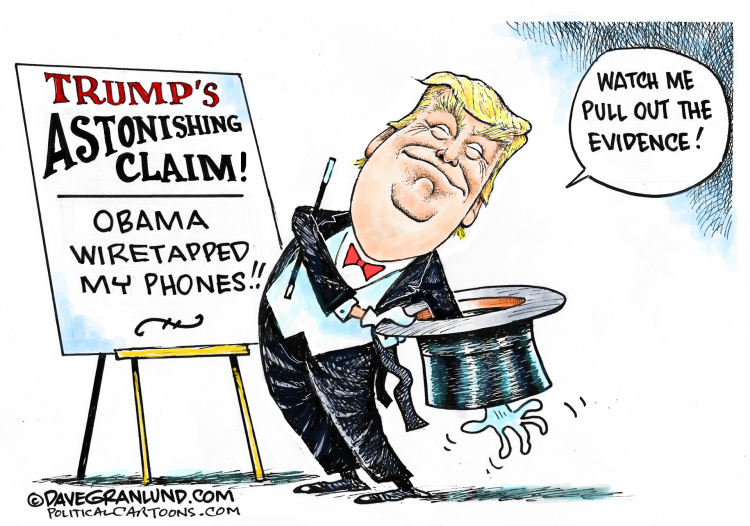 “The current and former officials said they have also determined that China is seeking to use what it is learning from the calls — how Mr. Trump thinks, what arguments tend to sway him and to whom he is inclined to listen — to keep a trade war with the United States from escalating further. In what amounts to a marriage of lobbying and espionage, the Chinese have pieced together a list of the people with whom Mr. Trump regularly speaks in hopes of using them to influence the president, the officials said.”

“Among those on the list are Stephen A. Schwarzman, the Blackstone Group chief executive who has endowed a master’s program at Tsinghua University in Beijing, and Steve Wynn, the former Las Vegas casino magnate who used to own a lucrative property in Macau.”

“The Chinese have identified friends of both men and others among the president’s regulars, and are now relying on Chinese businessmen and others with ties to Beijing to feed arguments to the friends of the Trump friends. The strategy is that those people will pass on what they are hearing, and that Beijing’s views will eventually be delivered to the president by trusted voices, the officials said. They added that the Trump friends were most likely unaware of any Chinese effort.”

“A spokeswoman for Blackstone, Christine Anderson, declined to comment on Chinese efforts to influence Mr. Schwarzman, but said that he “has been happy to serve as an intermediary on certain critical matters between the two countries at the request of both heads of state.”

“Russia is not believed to be running as sophisticated an influence effort as China because of Mr. Trump’s apparent affinity for President Vladimir V. Putin, a former official said.”

“China’s effort is a 21st-century version of what officials there have been doing for many decades, which is trying to influence American leaders by cultivating an informal network of prominent business-people and academics who can be sold on ideas and policy prescriptions and then carry them to the White House. The difference now is that China, through its eavesdropping on Mr. Trump’s calls, has a far clearer idea of who carries the most influence with the president, and what arguments tend to work.”

“The Chinese and the Russians “would look for any little thing — how easily was he talked out of something, what was the argument that was used,” said John Sipher, a 28-year veteran of the Central Intelligence Agency who served in Moscow in the 1990s and later ran the agency’s Russia program.”

“Trump friends like Mr. Schwarzman, who figured prominently in the first meeting between President Xi Jinping of China and Mr. Trump at Mar-a-Lago, the president’s Florida resort, already hold pro-China and pro-trade views, and thus are ideal targets in the eyes of the Chinese, the officials said. Targeting the friends of Mr. Schwarzman and Mr. Wynn can reinforce the views of the two, the officials said. The friends are also most likely to be more accessible.” 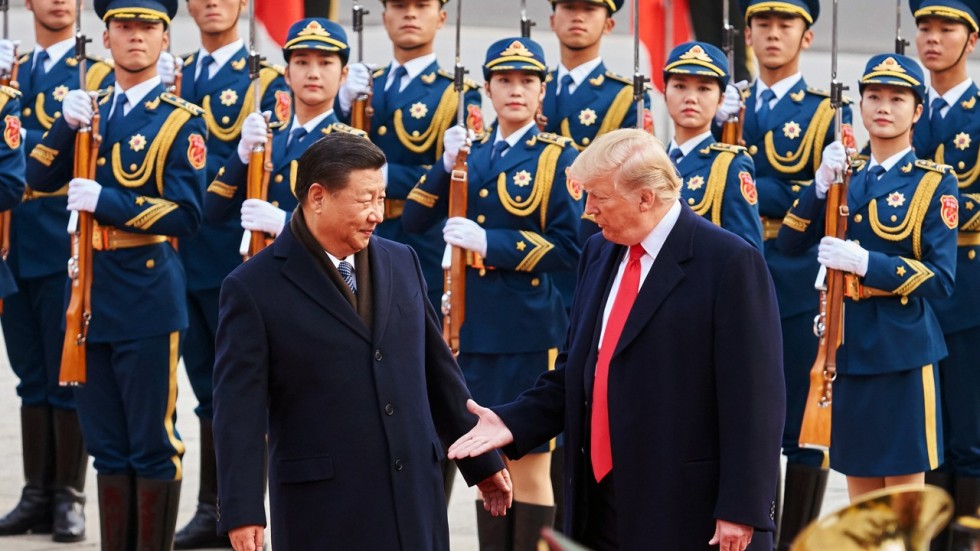 “One official said the Chinese were pushing for the friends to persuade Mr. Trump to sit down with Mr. Xi as often as possible. The Chinese, the official said, correctly perceive that Mr. Trump places tremendous value on personal relationships, and that one-on-one meetings yield breakthroughs.”