But the only way that I can think of that this placement could be considered legal is if the OLC defined his position as an inferior one. An employee is defined as a “principle” when he/ she reports directly to the president and she/ he has lots of responsibilities. There is no sound basis to define the position of “Acting Attorney General” at a level of anything less than a ‘principle.’ This is crucial because the president cannot go around firing peoples like the US attorney general, only to replace them with a lackey.

The Appointments Clause of the Constitution, Article II, Section 2, Clause 2, states in a nutshell, that any principle office holder who reports directly to the US president cannot be replaced by any party who has not undergone the confirmation process by the US Senate.  Mr. Whitaker has not been subject to this US Senate confirmation process.

In addition The Appointment Clause of the US Constitution’s Article II, Section 2, Clause 2, trumps the following statutes, the Vacancy Reform Act or the Attorney General Succession Act ( (28 U.S.C. § 508). 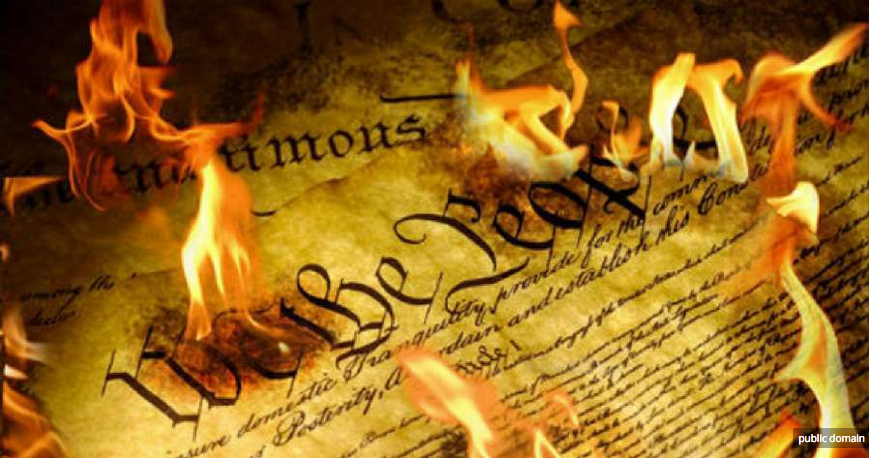 In my opinion, the above statutes do not apply when the principle has been fired so that the president can appoint a lackey. Forcing a principle to write a resignation letter is still a firing and not a true resignation.

The president has already tried this approach on at least one occasion by firing the Veterans Administration Head, David Shulkin around March 2018, to replace him with a stooge who had a reputation for being pro-privatization of the Veterans Healthcare infrastructure. But my reading of the the Vacancy Reform Act or the Attorney General Succession Act ( (28 U.S.C. § 508), does not apply if the principle was fired. In the event of a firing, it should have been Mr. Schulkin’s second in command Tom Bowman who replaced him. We all know how Dr. Shulkin was fired by tweet. His being forced to write a resignation letter doesn’t change the fact that the president fired Mr. Shulkin.

It’s crucial that the president does not get away with this practice because he could then fire Department heads at will to replace them with Trumpians.

There is a reflexive desire by legislators to allow the US president lots of latitude when managing personnel, but this is a step too far.

As per the 4/17/18 Pacific Standard Magazine report by Isaac Arnsdorf, “The distinction (between a firing vs. resigning) isn’t just a matter of semantics. Under the Federal Vacancies Reform Act, the president can appoint an interim successor to succeed a cabinet secretary who dies, resigns, or can’t perform his or her duties. But it doesn’t say what happens if the secretary is fired. It’s unsettled legal territory, but some scholars say it could open the door to challenging decisions made by the person Trump appointed as acting VA secretary, Robert Wilkie (an official in the Department of Defense). The argument would be that Wilkie lacked authority to make the decisions in question, the scholars say.”

“Opposition to Wilkie surfaced rapidly. Amvets, one of the largest veterans advocacy groups, called on Trump to remove Wilkie and instead elevate the VA’s deputy secretary, Tom Bowman. “This is what common sense, veterans and the law all require, and it needs to happen now,” Amvets national commander Marion Polk wrote in a letter to Trump on April 3rd. Bowman, a former senior senate staffer, is popular with traditional veterans groups and on Capitol Hill. But, like Shulkin, he clashed with White House aides over legislation that would increase the use of private health care in the VA system.”

Only one conservative Veterans’ organization backed by Koch brothers, CVA (Concerned Veterans Of America) was in favor of Mr. Wilke replacing Mr. Shulkin.

“The OMB director, like the attorney general, is a principal officer of the federal government. The 2003 opinion avoided that problem by defining an acting director as an “inferior officer,” who under Supreme Court precedent doesn’t require Senate approval to be appointed.” 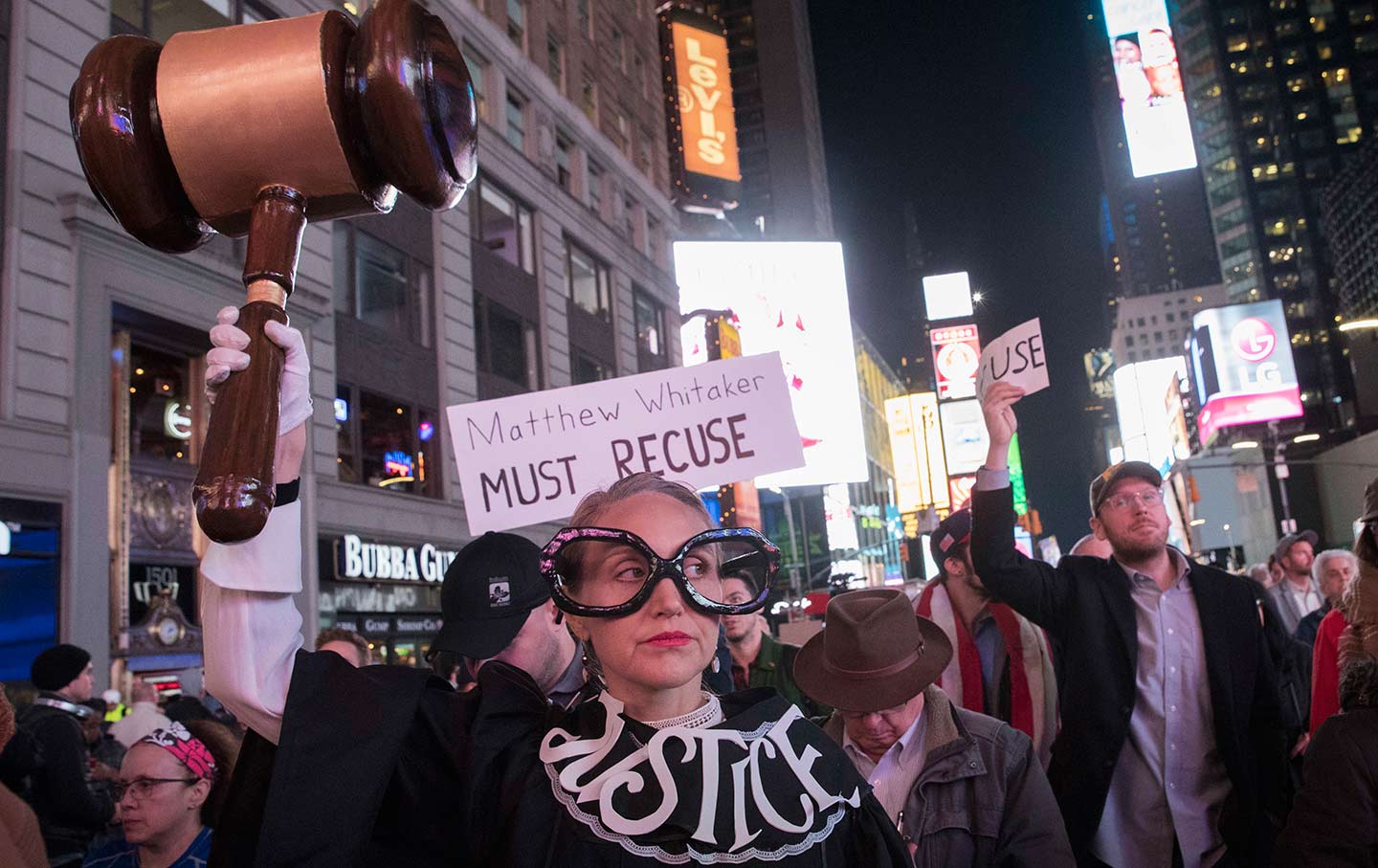 “In addition, others say Mr. Whitaker’s ties to a witness in special counsel Robert Mueller’s probe into Russian interference in the 2016 elections and his history of critical comments about that inquiry raise questions about his impartiality and his ability to supervise it. The special counsel is designed to be insulated from political considerations.”

“The Office of Legal Counsel’s opinion is unlikely to quell the debate over Mr. Whitaker’s leadership. The appointment could still face a legal challenge that, if successful, could invalidate actions Mr. Whitaker takes as acting attorney general. Officials in acting capacities are often viewed as placeholders who don’t pursue policy initiatives until a permanent official is confirmed by the Senate.”

“Even if short-lived, the appointment of Mr. Whitaker, who was Mr. Sessions’ chief of staff, could have far-reaching consequences, including for the Mueller investigation.”

“Congressional Democrats on 11/12/18 asked the Justice Department to detail any ethics advice Mr. Whitaker has sought or received since taking office, including questions about his supervision of the Russia probe.” 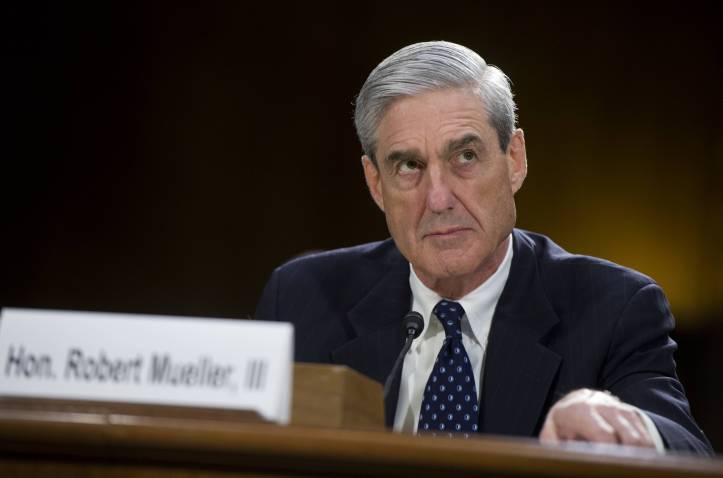 “The official supervising the Special Counsel investigation must be—in both fact and appearance—independent and impartial. Regrettably, Mr. Whitaker’s statements indicate a clear bias against the investigation that would cause a reasonable person to question his impartiality,” the Democrats wrote.”

“Congress is preparing to return to Washington on 11/14/18 for the first time since the Nov. 6 midterm elections, in which Democrats took control of the House and Republicans maintained a narrow Senate majority. With control of one chamber, Democrats will be able to run investigations and issue subpoenas, and several party leaders have signaled they plan to look into Mr. Whitaker’s appointment.”

“Many Republicans say they aren’t concerned by Mr. Whitaker’s appointment or his past comments that were critical of the Mueller probe.”

“A challenge to Mr. Whitaker’s appointment could land at the Supreme Court. In recent years, the court has invalidated several executive appointments at the National Labor Relations Board, including then-President Obama’s appointments to the board during a brief Senate break in 2012, and his decision in 2011 to nominate as the board’s general counsel an official who continued to serve in the post in an acting capacity.”

“Those rulings threw into question hundreds of decisions the officials made while in the posts and forced the agency to revisit them. Legal experts said the Justice Department is likely keeping those rulings in mind when advising Mr. Whitaker on any actions he takes that could be challenged.” 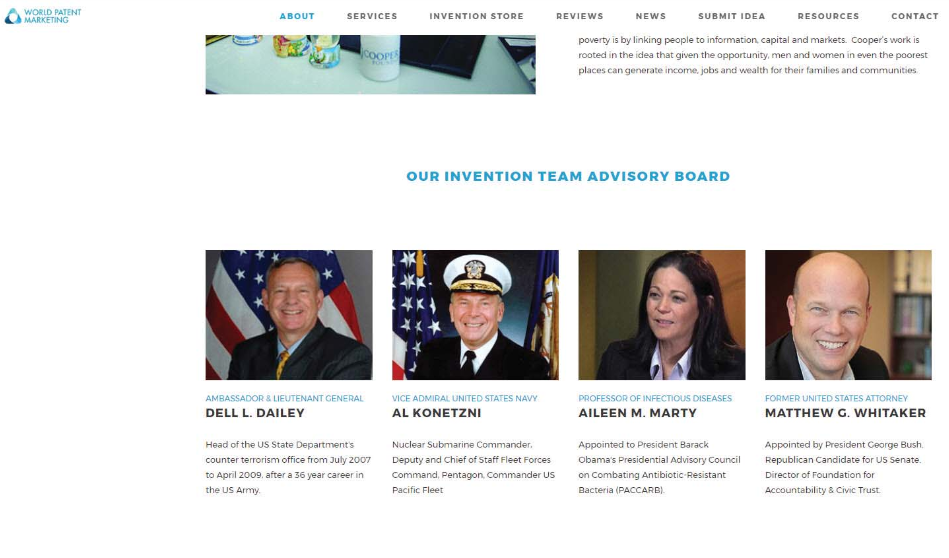 “The FBI is conducting a criminal investigation of a Florida company, World Patent Marketing Inc., that is accused of scamming millions from customers during the period that Mr. Whitaker served as a paid advisory-board member, The Wall Street Journal previously reported. As attorney general, Mr. Whitaker has authority over the FBI, which is a component of the Justice Department.