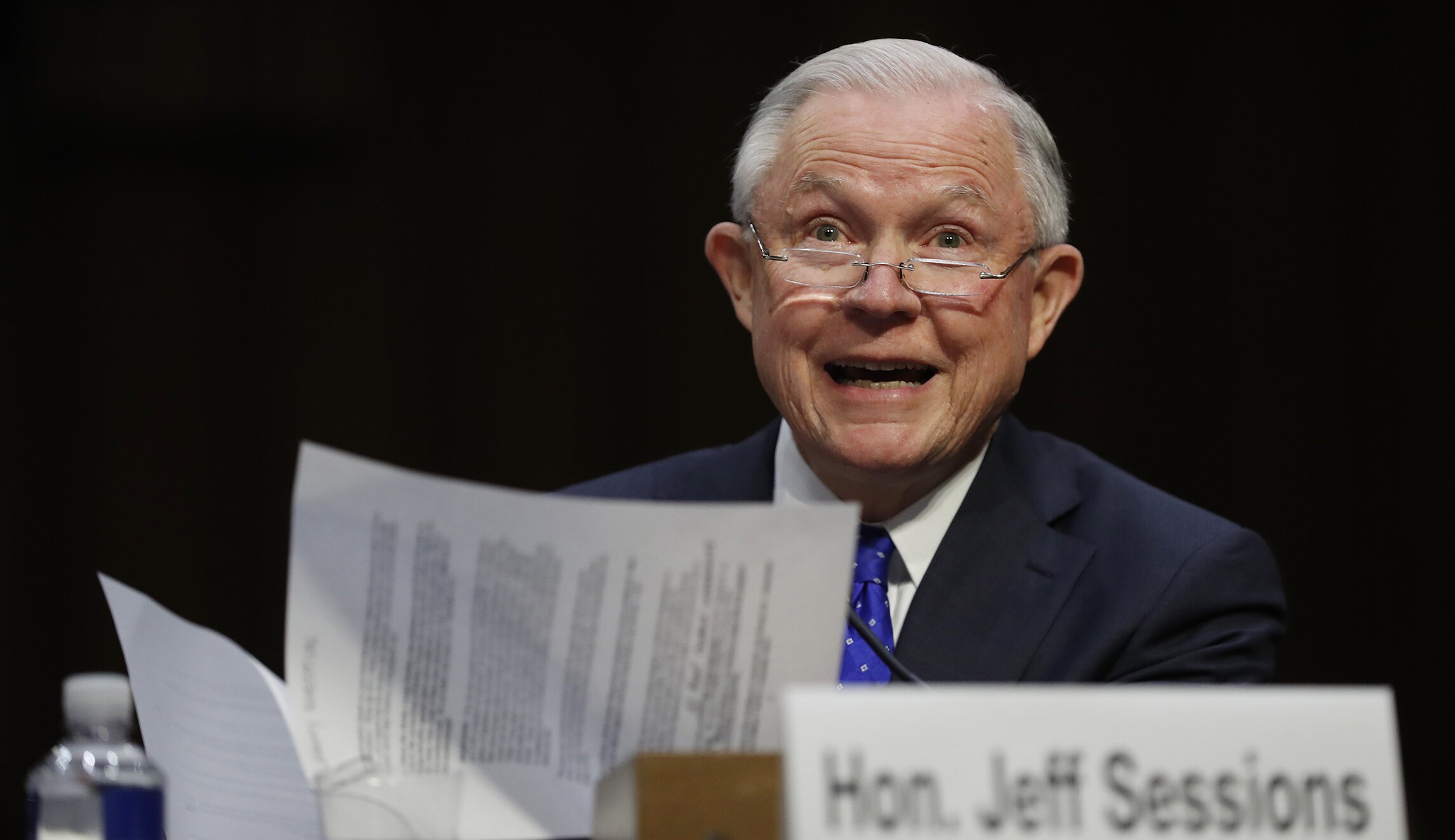 The republican President Donald Trump has never given up trying to do an end run around the FBI’s Trump-Russia probe headed by the Special Counsel Robert Mueller III. His latest maneuver was to fire his US Department of Justice (DOJ) Attorney General Jeff Sessions who had to recuse himself early on from having any oversight duties regarding the Trump-Russia saga.

By now, President Trump has been advised that Mr. Sessions’ replacement, the Acting Attorney General Matt Whitaker is probably not a constitutional appointment because of the Appointments Clause of the Constitution, Article II, Section 2, Clause 2, which states in a nutshell, that any principle office holder who reports directly to the US president cannot be replaced by any party who has not undergone the confirmation process by the US Senate.  Mr. Whitaker has not been subject to this US Senate confirmation process.

So, President Trump’s “what about him” deflection defense is to point to the FBI’s Special Counsel Robert Mueller III, who had not been required to undergo the senate confirmation process.

The problem with the president’s argument is that Mr. Mueller does not report directly to the US president, but has his work product and requests reviewed by the DOJ’s Deputy Attorney Rod Rosenstein who in turn reports to the Attorney General.. Thus he is not a “principle office holder,”but an “inferior one.

The president then pivoted to the fact that the Acting Attorney General is a temporary position and therefore,  not a “principle office holder.” This line of thinking doesn’t hold water because Matt Whitaker has all the duties, responsibilities and power of an attorney general who reports directly to President Trump.

And there is another case where President Trump replaced a fired principle office holder, the VA Secretary David Shulkin with his lackey Robert Wilke, as Acting VA Secretary in March 2018. This was after President Trump’s original nomination Dr. Ronny Jackson bombed.

Even though Mr. Wilke had been US Senate confirmed in 2017 for a Defense Dept. job, there is the FVRA Federal Vacancies Reform Act of 1998, (5 U.S.C. § 3345)  which spells out that Mr. Shulkin who was fired should be replaced by his second in command Tom Bowman. President Trump argued that since Mr. Shulkin resigned,  he is not bound by the FVRA guidelines. But being ordered to submit a resignation letter still classifies as a firing.

Finally, President Trump appointed Mr. Wilke to be the VA Secretary on a permanent basis around July 2018 where he did undergo the US Senate confirmation process, which was within the 210 day limitation for an acting designation.

I’m betting that since President Trump managed to get away with this end run around the rules of the Federal Vacancies Reform Act of 1998, (5 U.S.C. § 3345) with the VA Secretary position, why not try it again with the US attorney general position.

But what he didn’t know is that there is a more specific statute, the Attorney General Succession Act (28 U.S.C. § 508) regarding succession requirements within the US Department of Justice that trumps the Federal Vacancies Reform Act of 1998. But then the US Constitution trumps both the above guidelines. 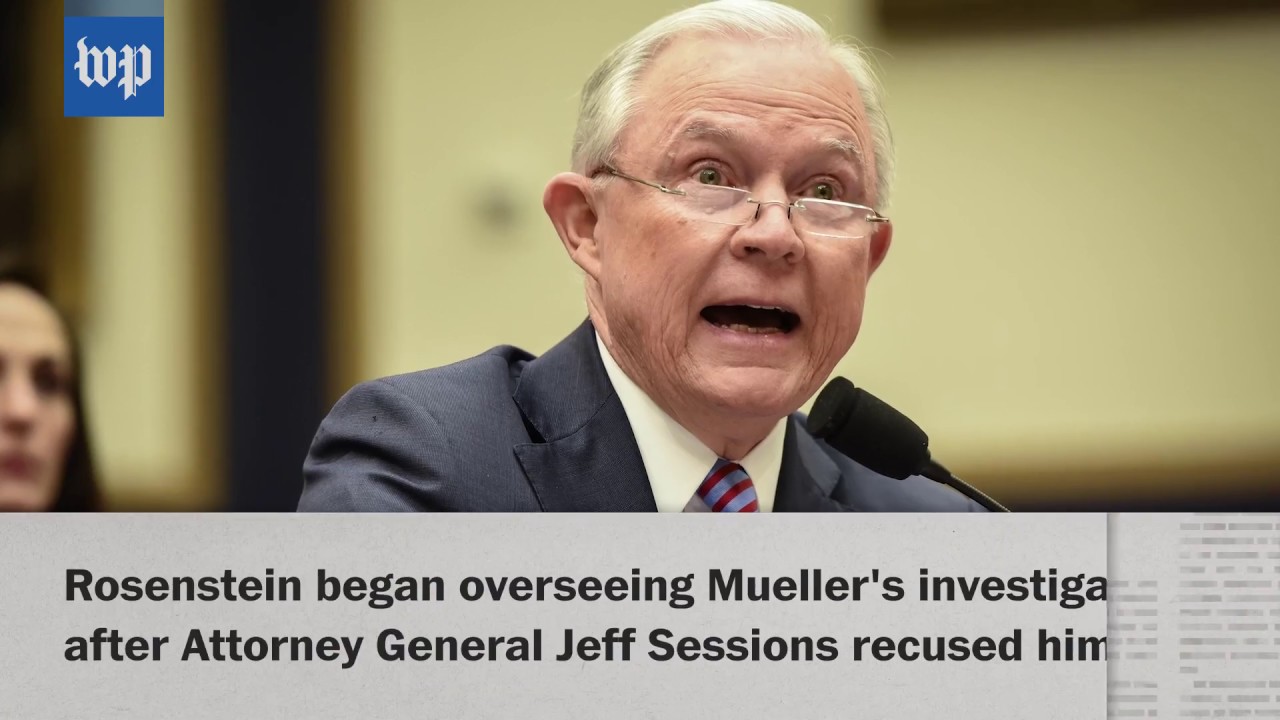 “We the People” are well aware that President Trump is desirous of squashing the FBI’s Trump-Russia probe being led by the Special Counsel Robert Mueller III, and that he put Mr. Whitaker in the position of Acting Attorney General to accomplish this goal.

So, it is not a surprise that there are those who want to take steps to bar the president and his Acting Attorney General Matt Whitaker from meddling in the FBI’s Trump-Russia investigation.

So far, democratic US senators and the State of Maryland have filed lawsuits to challenge the president’s placement of Matt Whitaker as acting attorney general on a constitutional basis. 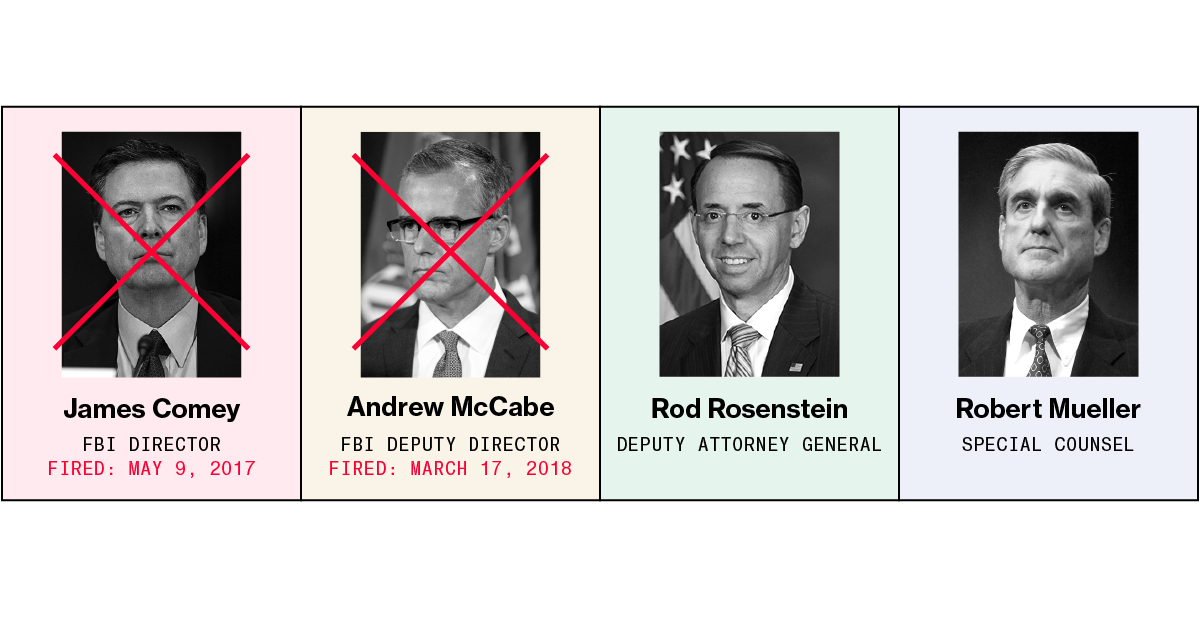 On November 9, 2018, Alayna Treene of Axios penned the following report, “Reality check: Trump is wrong to compare Mueller and Whitaker

“President Trump is using Robert Mueller’s lack of Senate confirmation to defend his decision to name Matt Whitaker as his acting attorney general.”

Reality check: “Axios spoke with several legal experts and former DOJ officials about the legality of Whitaker’s appointment, and they told us that the key difference between Mueller and Whitaker is the seniority of their current positions, which makes Trump’s attempt to compare their lack of Senate confirmation irrelevant.”

“Trump also noted that Whitaker was confirmed by the Senate when he was the U.S. Attorney for the Southern District of Iowa.”

“Yes, but: Lawyers and former DOJ officials disagree on whether an “acting” attorney general — in this case, Whitaker’s position — is considered a principal role given (its) temporary nature.”

Those arguments are laid out here.

“A group of Senate Democrats is suing to block Matt Whitaker from serving as acting attorney general on grounds that his placement in the post was unconstitutional.”

The suit, which is being filed by Sens. Richard Blumenthal (D-CT), Sheldon Whitehouse (D-RI), and Mazie K. Hirono (D-HI) in U.S. District Court for the District of Columbia, is the latest and most aggressive salvo against the Whitaker appointment. Last week, the Department of Justice Office of Legal Counsel defended Whitaker’s promotion in a memo that drew immediate criticism for its expansive understanding of the president’s power. That view is in hot dispute, including from the state of Maryland, which petitioned a federal judge to stop him from serving on constitutional grounds.

The latest suit, which was brought by the groups Protect Democracy and the Constitutional Accountability Center for the Senators, argues that Whitaker’s appointment violates the Constitution’s Appointments Clause because the U.S. Senate did not confirm him to his prior post. Whitaker was chief of staff to now-former Attorney General Jeff Sessions before President Trump elevated him to his current gig. Trump did so through the Vacancies Reform Act, which allows the staffing of vacant positions for up to 210 days. But many constitutional scholars have argued that the Vacancies Reform Act doesn’t let the president appoint people to cabinet-level positions who haven’t been senate confirmed. The Senate confirmed Whitaker in 2004 as a U.S. Attorney in Iowa, but his opponents—most prominently George Conway, the husband of White House senior staffer Kellyanne Conway, and former Solicitor General Neal Katyal—say that confirmation has effectively lapsed.