I have already shared my theory about the Paul Manafort/ Roger Stone/ FBI Robert Mueller saga.

My opinion is that the FBI Special Counsel Robert Mueller III who is heading the Trump-Russia probe suspected early on that Paul Manafort was playing the double agent game, where he was sharing information about the status of the FBI’s probe with President Trump while pretending to comply with the demands of a plea deal that he signed onto with the FBI. Until I read the 11/27/18 New York Times report, I had been theorizing that Mr. Manafort had been sharing with the president, information that he had revealed to Mr. Mueller. I had continued to hypothesize that President Trump had relied on what Mr. Manafort had relayed to him in order to finalize the answers to FBI questions about his role in the Trump-Russia post that he submitted to Mr. Mueller around 11/21/18.

About a week later (11/26/18), after Mr. Mueller reads the president’s answers, he tears up the plea agreement with Paul Manafort because he has concrete proof that both President Trump and Mr. Manafort lied on points that were material to his case.

The writer Heather Digby Parton of Salon is sharing her theory which aligns with my thinking.

On November 28, 2018, Heather Digby Parton of Salon Magazine penned the following report, “Mueller probe nears a climax: And “collusion” is definitely back on the menu” (“As the Paul Manafort saga gets more tangled and the noose tightens around Roger Stone, Donald Trump is losing it.”)

“Except for a brief hiatus before the midterm election, President Trump has been obsessively tweeting about special counsel Robert Mueller for months. But something changed recently. For the first time, Trump began commenting on the “inner workings” of the investigation:”

“The inner workings of the Mueller investigation are a total mess. They have found no collusion and have gone absolutely nuts. They are screaming and shouting at people, horribly threatening them to come up with the answers they want. They are a disgrace to our Nation and don’t…” 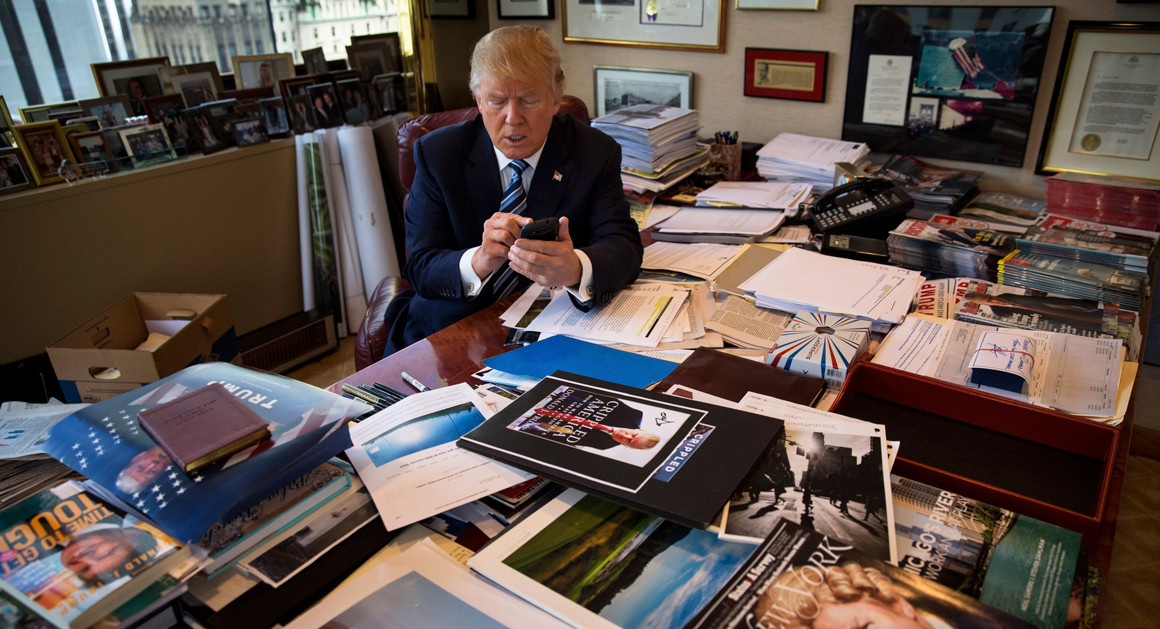 “Trump had never mentioned this before and since he has no discipline, this description likely came from someone who had just recently described his or her experience to him.”

“Considering the news this week, the person whispering in the president’s ear was probably Trump’s former campaign chairman Paul Manafort, who had supposedly been cooperating with the investigation as part of his plea agreement, or right-wing conspiracy theorist Jerome Corsi, revealed to have been in talks with Mueller about pleading guilty to lying to federal authorities. In what may or may not be a coincidence, talks with both men broke down this week.”

“Manafort had been set to be sentenced about two weeks ago for his convictions earlier this year on numerous counts of fraud, subject to his agreement to cooperate with the special counsel’s office. At the last minute the prosecution asked for an extension of 10 days and on Monday (11/26/18) we found out that it was because Manafort had allegedly continued to tell lies. Mueller’s office was clearly exasperated and pulled the plea agreement, promising to provide the judge with the full particulars of everything Manafort did to renege on his promises in the sentencing memorandum — and raising hopes that more details about the case would soon be made public.”

“The New York Times reported Tuesday (11/27/18) night that Mueller was also upset to learn that Manafort’s attorneys had continued a joint defense understanding with Trump’s personal lawyers (a common arrangement before — but not after — a defendant has reached a plea bargain and is cooperating with the prosecution).”

“This was not actually news. Reuters reported that it was happening and the president’s lawyer, Rudy Giuliani, confirmed it back on Oct. 22, so Mueller’s team had obviously known about it for weeks. In fact, legal experts noted at the time Manafort signed his cooperation agreement that it specifically omitted the usual requirement that he not speak to any third party about the case.”

“At this point, the obvious assumption is that the Mueller team knew Manafort was sharing what he knew with the Trump team and that what broke down the agreement was the lies, just as stated in the special counsel’s filing on Monday (11/26/18). What we don’t know is what he was lying about.”

“On Tuesday (11/27/18), the Guardian published an intriguing story reporting that Manafort had met with WikiLeaks’ Julian Assange at the Ecuadoran embassy in London several times, starting in 2013. The most important of these alleged meetings would have been in March of 2016 when Manafort was signing on with Trump and the Russian hacking was taking place. If that turns out to be true it would be yet another link to the Trump campaign, this time at the highest level. This story hasn’t been independently confirmed by other news organizations, and both Manafort and Assange vehemently deny that it happened. But then Manafort may be going to jail for a long time because he just can’t stop lying and Assange’s credibility when it comes to his involvement in the Trump mess isn’t exactly stellar either. ”

“Meanwhile, Corsi, the malevolent right-wing operator who brought the world the Swift Boat smear and the “birther” conspiracy is now the center of attention for allegedly breaking off plea discussions with Mueller’s office and releasing a draft of the agreement outlining his crimes to the press, for unclear reasons. Since he too is said to have a joint-defense  agreement with the Trump legal team (who doesn’t?) it stands to reason that he’s the source for Trump’s handwringing tweet about the cruelty of the “witch hunt.”

Corsi appears to have been caught lying to federal prosecutors by saying that he forgot about sending emails back and forth to fellow hatchet man Roger Stone in which they discussed the then-impending WikiLeaks data dumps of Clinton campaign emails, including some emails that indicate communications with Assange and coordination of messaging. Corsi insists he was simply clairvoyant about all that and had no actual contact with WikiLeaks. But then Corsi, like Manafort, is an inveterate liar. In fact, lying is his calling.

“Hovering in the background of all this is Stone, a man who has never talked to Mueller’s office, indicating that he is very likely a target. He is the fulcrum on which this part of the conspiracy rests, and arguably the most important player. His relationship to both Manafort and Trump goes back decades. In fact, Stone had been pressing Trump to run for president since 1988, and even worked as his campaign manager during Trump’s short-lived Reform Party candidacy in 1999. He left the 2016 campaign early on but kept in close touch with Trump. He denies any involvement with WikiLeaks or the hacking, which isn’t the least bit believable considering his public statements and behavior. But then, Stone too has made a living as a professional liar.”

“I’ve heard a number of pundits and reporters make the case recently that if Mueller ends up indicting Stone and Corsi for conspiracy, this whole thing will have been a a silly waste of time. After all, they are nothing but dishonest fringe players, gadflies, clowns. Maybe even Manafort, with his recent antics, fits that bill as well. But those people need to keep in mind that the most dishonest of all fringe players, the gadfly of gadflies, the person whom these kooks all served, is now the most powerful man on earth. If this was a conspiracy of clowns, the president of the United States has been one of them for years.”

“But this wild week has already made one thing clear. Contrary to months of media insistence that Mueller was only focused on obstruction of justice, we now know that “collusion” is definitely on the menu. Which explains why Trump’s tweets are getting more and more hysterical by the day:”

The Phony Witch Hunt continues, but Mueller and his gang of Angry Dems are only looking at one side, not the other. Wait until it comes out how horribly & viciously they are treating people, ruining lives for them refusing to lie. Mueller is a conflicted prosecutor gone rogue….

48.7K people are talking about this

….The Fake News Media builds Bob Mueller up as a Saint, when in actuality he is the exact opposite. He is doing TREMENDOUS damage to our Criminal Justice System, where he is only looking at one side and not the other. Heroes will come of this, and it won’t be Mueller and his…

47.6K people are talking about this

….terrible Gang of Angry Democrats. Look at their past, and look where they come from. The now $30,000,000 Witch Hunt continues and they’ve got nothing but ruined lives. Where is the Server? Let these terrible people go back to the Clinton Foundation and “Justice” Department!

61.2K people are talking about this

The Mueller Witch Hunt is a total disgrace. They are looking at supposedly stolen Crooked Hillary Clinton Emails (even though they don’t want to look at the DNC Server), but have no interest in the Emails that Hillary DELETED & acid washed AFTER getting a Congressional Subpoena!

58K people are talking about this