aside What Business Arrangements Does Trump Have With Saudi Arabia For Him To Cover A Murder?

Watching the video of two world leaders at the G20 Summit MBS Crown Prince Mohammed bin Salman of Saudi Arabia and Russia’s President Vladimir Putin greeting each other in that congratulatory way, knowing that they both have the republican US President Donald Trump in their pockets. This is what the Republican Party has given this country with the help of all their wealthy donors and dark monies. Are these republicans with their wealthy donors citizens of this country or not? Or have they sold out everything that is great about the USA for their thirty pieces of silver?

First the world watches as President Donald Trump at the July 2018 Helsinki Summit where  President Trump sold out the US Intelligence community’s by deferring to whatever Russia’s President Vladimir Putin claimed over the work product results of numerous US Intelligence agencies.

Then we find out that President Trump is again taking the word of Saudi Arabia’s Crown Prince Mohammed bin Salman MBS over the CIA’s work product findings where its agents claim with a high degree of confidence that MBS ordered the murder of a US resident Jamal Khashoggi who was employed as a journalist by the Washington Post while he was lured to the Saudi embassy in Istanbul, Turkey around October 2018.

There is no doubt that President Trump wants to provide cover for MBS because he has business interests with him and his country. What’s worse is that two cabinet members, the US secretary of State Mike Pompeo and the Defense Secretary General James Mattis have been backing the president’s play.

But both these cabinet members refused to explain why the CIA Director Gina Haspel was conspicuously absent from a Capitol Hill briefing on military aid to Saudi Arabia 11/28/18. The Democratic Whip Dick Durbin said he was told she was absent at the White House’s direction. The Senators present are demanding that they be allowed to talk to her directly.

Meanwhile, the CIA has leaked information to the press to demonstrate why its agents arrived at the conclusion that MBS was guilty of ordering the brutal dismemberment of Mr. Khashoggi.

As per the December 1, 2018 WSJ report by Warren P. Strobel, “Saudi Crown Prince Mohammed bin Salman sent at least 11 messages to his closest adviser, who oversaw the team that killed journalist Jamal Khashoggi, in the hours before and after the journalist’s death in October, according to a highly classified CIA assessment.”

“The Saudi leader also in August 2017 had told associates that if his efforts to persuade Mr. Khashoggi to return to Saudi Arabia weren’t successful, “we could possibly lure him outside Saudi Arabia and make arrangements,” according to the assessment, a communication that it states “seems to foreshadow the Saudi operation launched against Khashoggi.”

“Mr. Khashoggi, a critic of the kingdom’s leadership who lived in Virginia and wrote columns for the Washington Post, was killed by Saudi operatives on Oct. 2 shortly after entering the Saudi consulate in Istanbul, where he sought papers needed to marry his Turkish fiancée.”

“Excerpts of the Central Intelligence Agency’s assessment, which cites electronic intercepts and other clandestine information, were reviewed by The Wall Street Journal.”

“The CIA last month concluded that Prince Mohammed had likely ordered Mr. Khashoggi’s killing, and President Trump and leaders in Congress were briefed on intelligence gathered by the spy agency. Mr. Trump afterward questioned the CIA’s conclusion about the prince, saying “maybe he did; and maybe he didn’t.”

“The previously unreported excerpts reviewed by the Journal state that the CIA has “medium-to-high confidence” that Prince Mohammed “personally targeted” Khashoggi and “probably ordered his death.” It added: “To be clear, we lack direct reporting of the Crown Prince issuing a kill order.”

“The electronic messages sent by Prince Mohammed were to Saud al-Qahtani, according to the CIA. Mr. Qahtani supervised the 15-man team that killed Mr. Khashoggi and, during the same period, was also in direct communication with the team’s leader in Istanbul, the assessment says. The content of the messages between Prince Mohammed and Mr. Qahtani isn’t known, the document says. It doesn’t say in what form the messages were sent.”

“It is unclear from the excerpts whether the 2017 comments regarding luring Mr. Khashoggi to a third country cited in the assessment are from Prince Mohammed directly, or from someone else describing his remarks.”

“Saudi Arabia has acknowledged Mr. Khashoggi was murdered in the consulate. But it has denied Prince Mohammed had any role and blamed the operation on rogue operatives. The Saudi Public Prosecutor’s office last month announced charges against 11 Saudis in connection with Mr. Khashoggi’s death, saying it would seek the death penalty in five cases. The office didn’t release their names.”

“The U.S. Treasury Department in mid-November slapped sanctions on 17 Saudis whom it linked to the killing. But Mr. Trump, in a statement days later, said he intended to maintain strong relations with the crown prince because of Saudi Arabia’s opposition to Iran, its investments in the U.S. and its role in the oil market.”

“The Trump administration’s posture has angered many in Congress, and the intercepts and intelligence gathered by the CIA may complicate Mr. Trump’s efforts to maintain relations with Prince Mohammed, the de facto leader one of the world’s biggest oil producers. The two are among the world’s leaders meeting this weekend in Buenos Aires for a summit of Group of 20 nations.”

“Earlier this week, the Senate voted to begin consideration of a resolution to withdraw U.S. support for a Saudi-led military coalition fighting against Houthi rebels in Yemen, with senators venting their frustration over Mr. Trump’s reluctance to hold Prince Mohammed responsible for Mr. Khashoggi’s death.” On November 30, 2018, Michael Sykes of Axios penned the following report, “In photos: Trump, Putin and MBS collide at the G20”

“Many of the world’s most prominent leaders gathered at the G20 summit in Buenos Aires on Friday (11/30/18), including President Trump, Russian President Vladimir Putin and Saudi Crown Prince Mohammed bin Salman (MBS) — whose interactions have remained firmly in the headlines over recent weeks.”

Why it matters: The G20 comes amid multiple international controversies, including Trump’s continued pledge to work with Saudi Arabia despite questions surrounding MBS’ involvement in the murder of journalist Jamal Khashoggi as well as Trump’s decision to cancel a one-on-one meeting with Putin citing ongoing conflict in Ukraine. 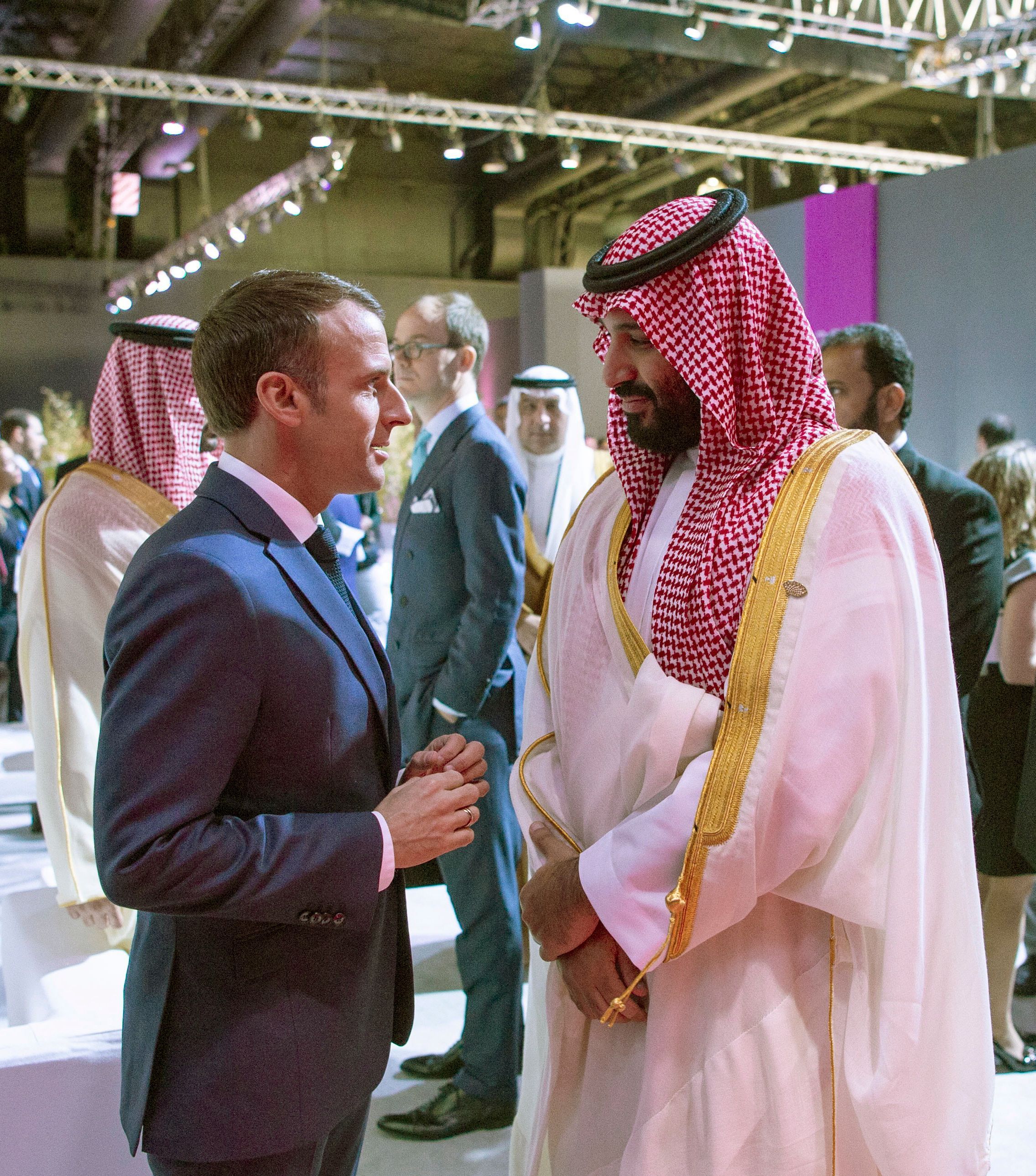