For most of us, the federal judge sentencing of the republican President Donald Trump’s former personal attorney for more than a decade Michael Cohen to 3 years of prison time plus the demand for him to pay millions of dollars in restitution, was not a surprise.

According to a myriad of news reports, while the FBI’s Special Counsel Robert Mueller III who’s heading the TRUMP-Russia probe, request for leniency in sentencing was not sufficient to help Mr. Cohen to where he would serve no time in jail. It seems that while he was cooperative in helping Mr. Mueller’s team with its Trump-Russia probe, he was not as forthcoming with information about his tax evasion/ business type crimes that were adjudicated under the federal jurisdiction of the SDNY, The United States District Court for the Southern District of New York, known informally as The Mother Court.

I can’t help but wonder if the courts would consider reducing the judicial penalties for Michael Cohen if he ended up being forthcoming about other data, like about whether the president had paid off other women for their silence, with one of them being a party to the Jeffrey Epstein controversy..

See: What Happened To The Woman Who Accused The President Of Raping Her At 13 Years Of Age?

See: Donald Trump’s Past History  Should Have Prevented Him From Becoming 45th US President

NOTE: David Pecker, head of AMI, the media company involved in the pay-off of one of the president’s former paramours has provided the courts with information countering the president’s assertions that the payments managed by Mr. Cohen were “a simple private transaction” — not election-related spending subject to campaign-finance laws.

“Michael D. Cohen, the former lawyer for President Trump, was sentenced to three years in prison on Wednesday morning in part for his role in a scandal that could threaten Mr. Trump’s presidency by implicating him in a scheme to buy the silence of two women who said they had affairs with him.”

“As a lawyer, Mr. Cohen should have known better,” the judge said.

“Before he was sentenced, a solemn Mr. Cohen, standing at a lectern, sounded emotional but resolved as he told the judge he had been tormented by the anguish and embarrassment he had caused his family.”

“I blame myself for the conduct which has brought me here today,” he said, “and it was my own weakness and a blind loyalty to this man” – a reference to Mr. Trump – “that led me to choose a path of darkness over light.”

“Mr. Cohen said the president had been correct to call him “weak” recently, “but for a much different reason than he was implying.”

“It was because time and time again I felt it was my duty to cover up his dirty deeds rather than to listen to my own inner voice and my moral compass,” Mr. Cohen said.”

“Mr. Cohen then apologized to the public: “You deserve to know the truth and lying to you was unjust.”

“Federal agents raided Mr. Cohen’s office and home in April, and he later turned on Mr. Trump, making the remarkable admission in court that Mr. Trump had directed him to arrange the payments.”

“Mr. Trump at first denied knowing anything about the payments, but then acknowledged that he had known about them. This week, he insisted that the payments were “a simple private transaction” — not election-related spending subject to campaign-finance laws.”

“He also maintained that even if the hush-money payments were campaign transactions in violation of election regulations, that should be considered only a civil offense, not a criminal one.”

“Since Mr. Cohen came under investigation, Mr. Trump has mocked him as a “weak person” who was giving information to prosecutors in an effort to obtain leniency when he is sentenced.”

“In fact, Mr. Cohen did not formally cooperate with prosecutors in the United States attorney’s office in Manhattan. In addition to the campaign-finance violations, the sentence covered Mr. Cohen’s guilty pleas to charges of tax evasion, bank fraud and making false statements to Congress.”

“He took a calculated gamble in pleading guilty to this litany of federal crimes without first entering into a cooperation agreement with the government. He offered to help prosecutors, but only on his terms, and there were some subjects he declined to discuss.”

“His lawyers argued he should not serve time in prison. Federal prosecutors in Manhattan said he deserved around four years.”

“Judge Pauley had the final say. The judge said Mr. Cohen’s assistance to the special counsel’s office, though useful, had not “wiped the slate clean,” and a “significant term” of prison was justified.”

“In the end, the judge gave Mr. Cohen three years for the crimes he committed in New York and two months for lying to Congress, to be served at the same time. He was also asked to pay nearly $2 million in fines, forfeitures and restitution.”

“Mr. Cohen’s sentencing was unusual because it involved guilty pleas he made in two separate cases, one filed by federal prosecutors in the Southern District of New York and a later one by the special counsel, Robert S. Mueller III, who is investigating Russian interference in the 2016 election.”

“In the case brought by Mr. Mueller’s office, Mr. Cohen pleaded guilty to lying to Congress about the duration of negotiations to build a Trump Tower in Moscow, as well as about the extent of the involvement of Mr. Trump.”

“Mr. Cohen revealed that Mr. Trump was more involved in discussions over the potential deal during the election campaign than previously known.”

“The investigation of Mr. Cohen by the United States attorney’s office in Manhattan burst into public view in April when the F.B.I. raided his office, apartment and hotel room. Agents hauled off eight boxes of documents, about 30 cellphones, iPads and computers, even the contents of a shredder.”

“Mr. Cohen admitted in court that he had arranged the payments “for the principal purpose of influencing the election” for president in 2016.”

“The payments included $130,000 to the adult-film actress Stormy Daniels, which the government considers an illegal donation to Mr. Trump’s campaign since it was intended to improve Mr. Trump’s election chances. (The legal limit for individual contributions is $2,700 in a general election.)”

“Mr. Cohen also admitted he had arranged for an illegal corporate donation to be made to Mr. Trump when he orchestrated a $150,000 payment by American Media Inc. to a former Playboy playmate, Karen McDougal, in late summer 2016.”

“Prosecutors in Manhattan wrote last Friday to Judge Pauley that Mr. Cohen, in arranging the payments, “acted in coordination with and at the direction” of Mr. Trump, whom they referred to as Individual 1.” 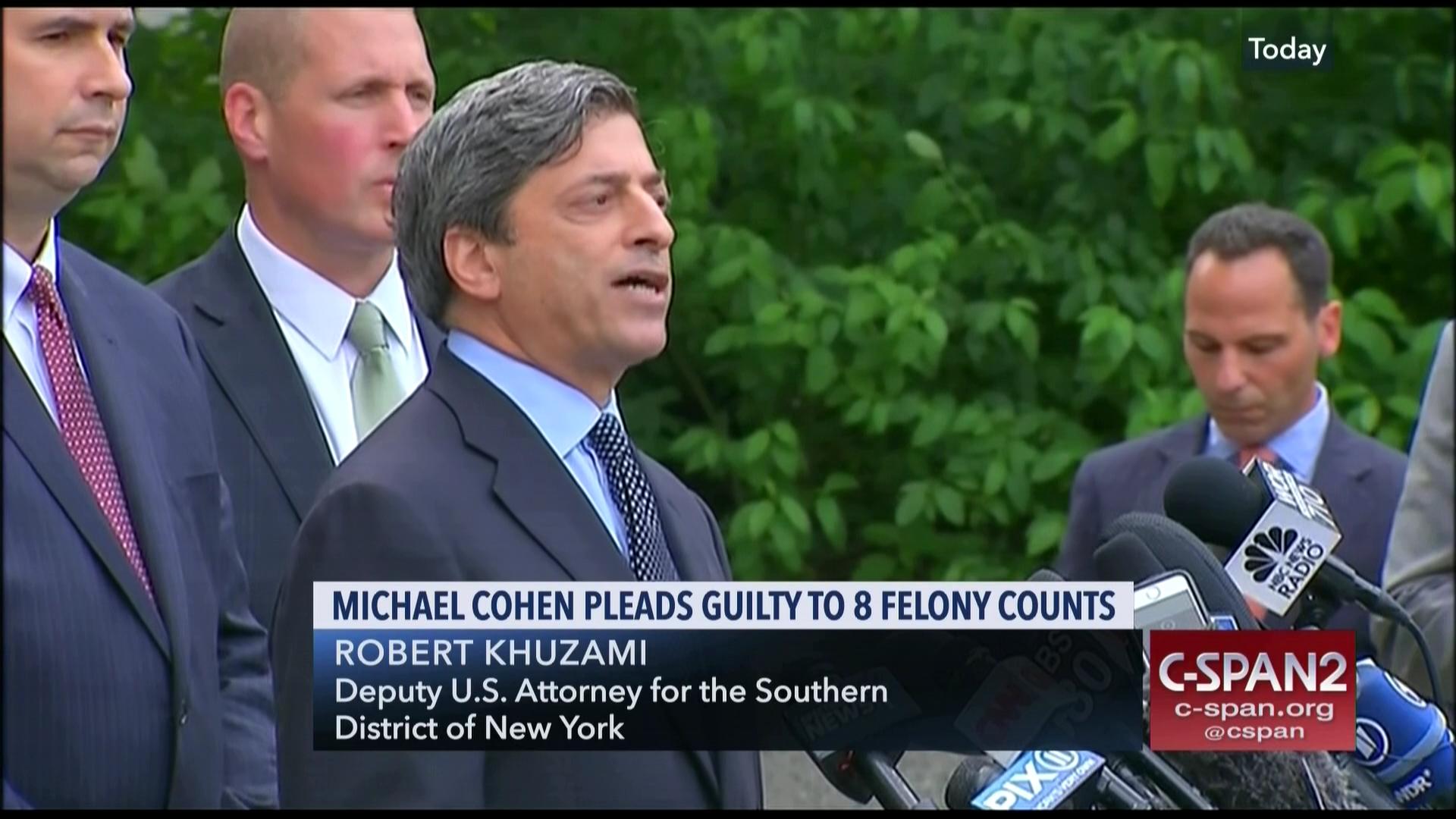 “The Southern District depicted him as deceitful and greedy and unwilling to fully cooperate with its investigation. It said it declined to sign Mr. Cohen as a formal cooperator because he refused to discuss fully any crimes in his past or crimes by others that he was aware of — its policy for witnesses who seek to cooperate.”

“The Southern District wrote to the judge that Mr. Cohen had a “rose-colored view of the seriousness” of his crimes, which they said were “marked by a pattern of deception that permeated his professional life.”