December 20, 2018 was D-day where it has become patently obvious that the republican President Donald Trump has become a ‘Clear and Present Danger’ to the best interests of the US national security interests. He has developed a pattern of making unilateral foreign policy decisions either without consulting his top intelligence, military, and national security advisers, or against their advice. He has become too reliant on right wing pundits on FOX TV for direction.

There is a question in the minds of foreign policy experts, as to whether the president is considering his own personal well being and financial interests with foreign countries as a priority over what’s in the best interests of this country and its peoples.

There is only one reason that the president’s Defense Secretary James Mattis finally gave up on working constructively with him, General Mattis figured out that he no longer had any influence on the president.

The Defense Secretary Mattis quit right after the president arbitrarily announced that all US troops in Syria would be leaving as of December 31, 2018 because the US military has completely defeated ISIS which is a lie.

There was a time that I might have welcomed this news but NOT under these circumstances. This past week in December 2018, the president had a phone conversation with the US ne’re do well ally, the Turkish President Recep Tayyip Erdogan whereupon the Turkish leader informed President Trump of his plans to attack the Kurds in Syria and that the president needs to remove US troops A.S.A.P. The Kurds have been the number one reliable partner in the US military’s fight against ISIS. How weak is our president or why would he be kow-towing to the likes of Turkey’s president. In short, what kompromat does Turkey have on him?

It is NOT POSSIBLE for the US president to present a weaker image to both US allies and foes. He is caving in to the thuggish Turkey leader and for what? That’s what inquiring minds want to know.

Over the years, the US president has been granted lots of power to make foreign policy decisions to where there is little that the US Congress can do to stop him in the case where the president could very well be placing his personal interests in front of doing what’s best for the USA.

But in this case, the GOP in the US Senate could send a clear message that he cannot count on US republican senators to save his bacon during an impeachment trial. The US House will be staffed with a majority of Democrats who will do their duty to start the impeachment hearings.

Remember Judge Emmet’s questioning of the president’s former National Security Adviser General Mike Flynn  (December 2018), when General Flynn was grilled as to why he was NOT being charged with treason. This was not a frivolous commentary.

The judge’s inquiry was based on the redacted material that he had just read. Now ponder on this thought. President Trump would have been a party to whatever the judge read. And don’t forget that General Flynn had been acting as a lobbyist for Turkey. 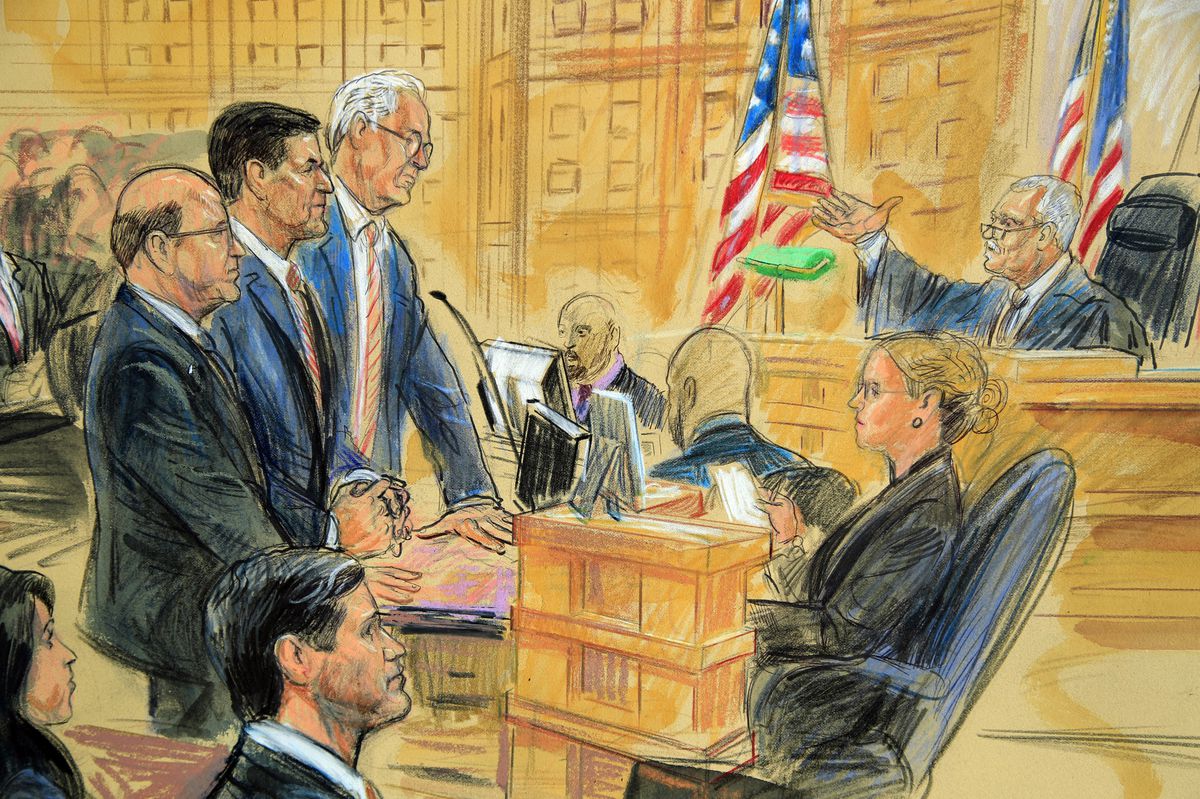 The republican Senate Majority Leader from Kentucky who has been an unfailing stalwart supporter of President Trump Mitch McConnell, finally broke bigly with the president over the Defense Secretary General Mattis quitting because of his irreconcilable differences in foreign policy matters from that of President Trump.

“Senate Majority Leader Mitch McConnell, a Republican of Kentucky, issued a strong statement following the resignation of Defense Secretary James Mattis, saying he is “particularly distressed that he is resigning due to sharp differences with the president on these and other key aspects of America’s global leadership.”

“His statement echoes Mattis’ resignation letter when stressing the importance of maintaining US alliances.”

“I believe it’s essential that the United States maintain and strengthen the post-World War II alliances that have been carefully built by leaders in both parties,” McConnell said in his statement. “We must also maintain a clear-eyed understanding of our friends and foes, and recognize that nations like Russia are among the latter.”

“In Mattis’ resignation letter he said, “while the US remains the indispensable nation in the free world, we cannot protect our interests or serve that role effectively without maintaining strong alliances and showing respect to those allies.”

“It is clear that China and Russia, for example, want to shape a world consistent with their authoritarian model gaining veto authority over other nations’ economic, diplomatic, and security decisions to promote their own interests at the expense of their neighbors, America and our allies.”

Trump’s decision to pull troops out of Syria — which analysts say is a boon for US adversaries, Russia, ISIS, Iran, and the Syrian regime — was reportedly the last straw for Secretary Mattis. Kurds in Syria, US allies in Syria, are furious about the withdrawal, as they fear a Turkish incursion.

“So I was sorry to learn that Secretary Mattis, who shares those clear principles, will soon depart.”