The republican President Donald J. Trump thought he had staffed the US Supreme Court with enough conservative justices to where he could count on its decisions being favorable to his whims. But the  president has just found out that he can’t get away with side tracking his nemesis, the Ninth Circuit, by asking the Supreme Court to directly rule on his strict refugee ‘Asylum Ban that a’ lower court had blocked him from being able to implement.

The Supreme Court did not back the president’s plan by a 5-4 decision. What folks may not know, is that the Supreme Court Justice Ruth Ginsberg (RBG) who had just undergone surgery for cancer growths, still managed to caste her vote to be part of the majority 5-4 ruling with Chief Justice John Roberts concurring.

As per the 12/21/18 New York Times report, “Justice Ruth Bader Ginsburg underwent surgery on Friday to remove two nodules from her left lung, according to Kathleen Arberg, a Supreme Court spokeswoman. The nodules were discovered during tests following a fall in November in which Justice Ginsburg fractured her ribs.”

“According to the justice’s thoracic surgeon, Dr. Valerie W. Rusch, the nodules removed during surgery were found to be malignant, Ms. Arberg said in a statement.”

“After the surgery, she added, “there was no evidence of any remaining disease” and “scans” performed before surgery indicated no evidence of disease elsewhere in the body.”

See: This Woman Is Made of Iron and Leather/ Esquire

As per the 12/21/18 FOX News report, “The Supreme Court on Friday (12/21/18) blocked the Trump administration from immediately enforcing a strict new asylum policy, in a 5-4 decision that marks the second legal setback this week for efforts to tighten immigration rules.”

“The court, in a brief written order, denied a bid to begin enforcing an asylum ban for any immigrants who illegally cross the U.S.-Mexico border.”

“The decision leaves in place lower-court rulings that blocked the administration from automatically denying asylum to people who do not go through official border crossings. An open-ended nationwide injunction on enforcement issued by a San Francisco-based federal judge this week prompted the Justice Department to seek immediate relief from the Supreme Court.” 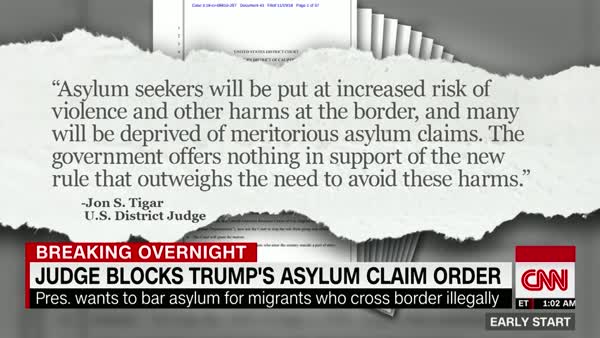 “In a brief order on Dec. 21, the Supreme Court denied the Trump administration’s request for a stay of the preliminary injunction against the asylum ban issued earlier this week by Judge Jon Tigar of the Northern District of California. The Supreme Court split 5-4, with Chief Justice John Roberts joining Justices Ruth Bader Ginsburg, Stephen Breyer, Sonia Sotomayor, and Elena Kagan. The denial means that the administration will have to first seek review of Judge Tigar’s injunction in the U.S. Court of Appeals for the Ninth Circuit, which earlier had denied the government’s request for a stay of Judge Tigar’s temporary restraining order.”

“Predicting outcomes from preliminary rulings by the Supreme Court is a perilous business. While the court’s denial of a stay could foreshadow a ruling against the government on the merits, it might relate more to the procedural posture of the case. One or more of the justices who voted to deny a stay may believe that the government has not shouldered the heavy burden entailed in a stay request, including a “strong showing” on the merits, irreparable harm, and a balance of equities favoring the moving party, as Chief Justice Roberts wrote in Nken v. Holder.” 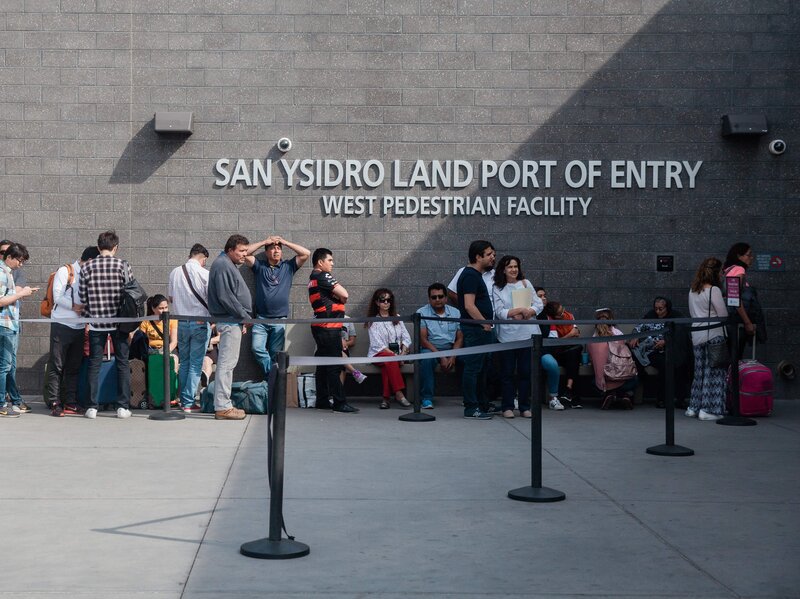 The only matter resolved by the Supreme Court’s denial of a stay is the timing of the litigation; the government will have to make its arguments first to the Ninth Circuit, before the Supreme Court can revisit the case.