Our US allies have got to be devastated about  the US Defense Secretary General James Mattis abruptly quitting on December 20, 2018, right after the president arbitrarily ordered the immediate evacuation of all US troops from Syria, as he wouldn’t have taken this step if he didn’t have serious concerns about our president’s unilateral actions taken without any serious consultation.

The US #1 envoy in the Middle East dealing with the eradication of ISIS with leaders in the region, has quit abruptly as well. He had been going around advising Middle Eastern officials that the US had made decision that US military would remain in Syria to insure that ISIS did not raise its ugly head again, only to have the president pull the rug from under him without any notice.

It’s a sad day when the leader of the world is paying more attention to FOX TV pundits and despotic rulers before listening to the advice of his own foreign policy experts. 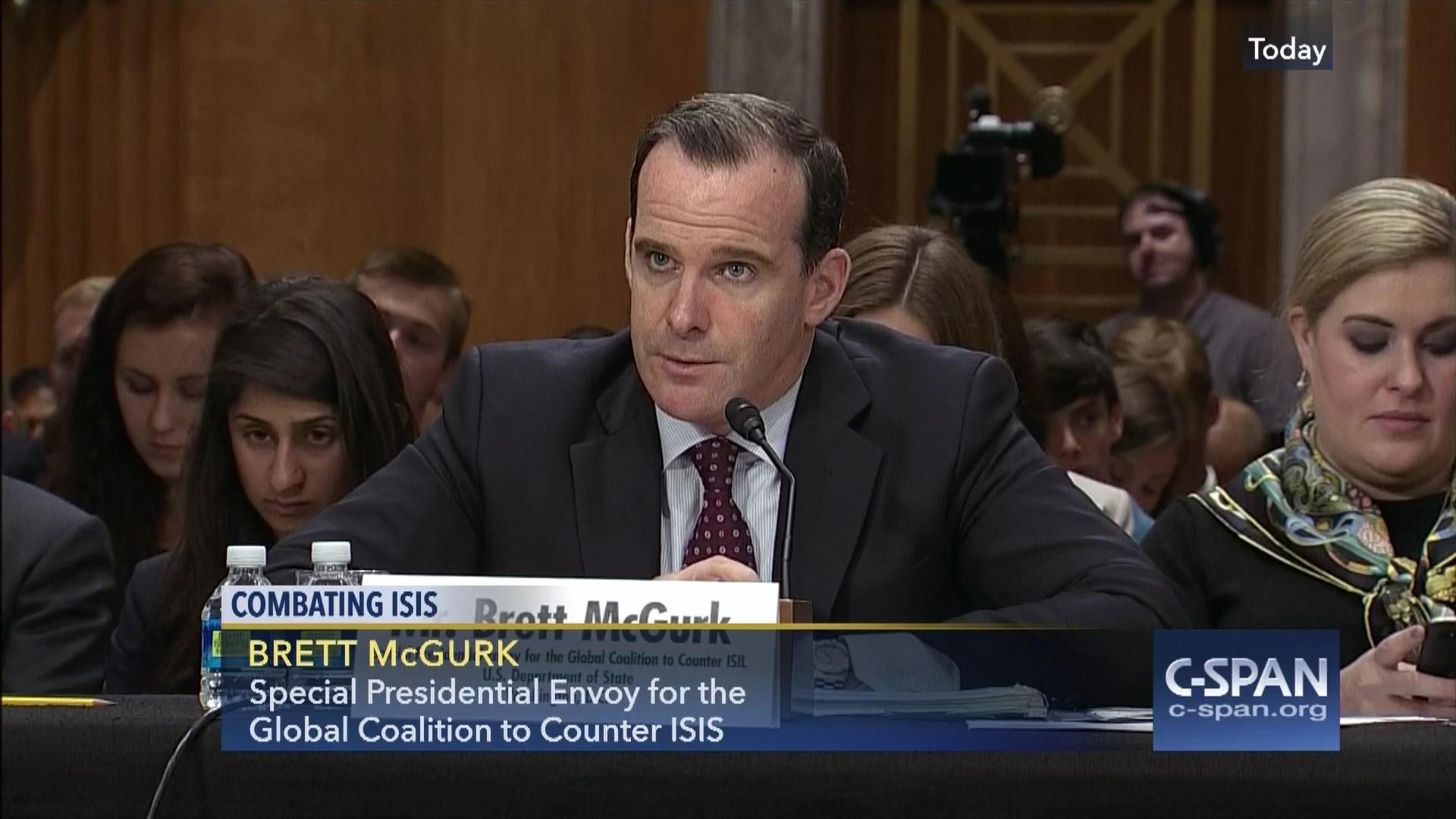 “Brett McGurk, special presidential envoy for the Global Coalition to Defeat ISIS, had been planning to exit his post in February 2019. But sources tell CBS News that he informed Secretary of State Mike Pompeo that he will accelerate his departure due to a strong disagreement with President Trump’s snap decision to withdraw 2,000 U.S. troops from Syria, effectively abandoning U.S. allies in the region.”

“McGurk submitted his resignation on Friday, just one day after Defense Secretary James Mattis quit his post citing fundamental disagreements with the commander-in-chief — including one over the importance of honoring U.S. alliances”

“The special envoy was publicly left in the lurch by the president’s sudden declaration on Wednesday (12/19/18) that he was pulling U.S. forces out of Syria, against the advice of his top national security advisers and without consulting U.S. allies.”

“As leader of the counter ISIS mission, McGurk had been in the region to meet with coalition partners including Kurdish leader Masoud Barzani last week when Mr. Trump made his sudden decision to pull U.S. support. According to Barzani’s office, he had raised concern about the fate of Kurds in Syria including the Kurdish-led group of fighters known as the Syrian Democratic Forces (SDF). They have been the ground troops in the fight against ISIS and receive help from U.S. advisers, weapons and air strikes.”

“It is now unclear what will happen to those fighters after the U.S. troops withdraw, and whether the U.S. will continue to carry out air strikes in support of them.”

“Just days earlier, McGurk had stood at the State Department podium to guarantee an ongoing U.S. commitment to the fight. He told reporters that ISIS inhabited just one percent of the territory they once held thanks to the success of the U.S.-led campaign but still maintained a dangerous level of influence.”

“I think it’s fair to say Americans will remain on the ground after the physical defeat of the caliphate, until we have the pieces in place to ensure that that defeat is enduring.”

“McGurk went on to say, “it would be reckless if we were just to say, well, the physical caliphate is defeated, so we can just leave now. I think anyone who’s looked at a conflict like this would agree with that.”

“At the time he made those remarks, the Trump administration’s policy was to remain in Syria to help stabilize areas under the control of U.S. allies and until Iran pulled out its militias. American allies were shocked to learn via tweet that the U.S. was pulling out.”

“McGurk has led U.S. efforts to counter the influence of ISIS on the battlegrounds of Syria, Iraq, Afghanistan and beyond since 2015. He was one of the few Obama appointees asked by the Trump team to remain in his post. Prior to that, he served in the Bush administration.” 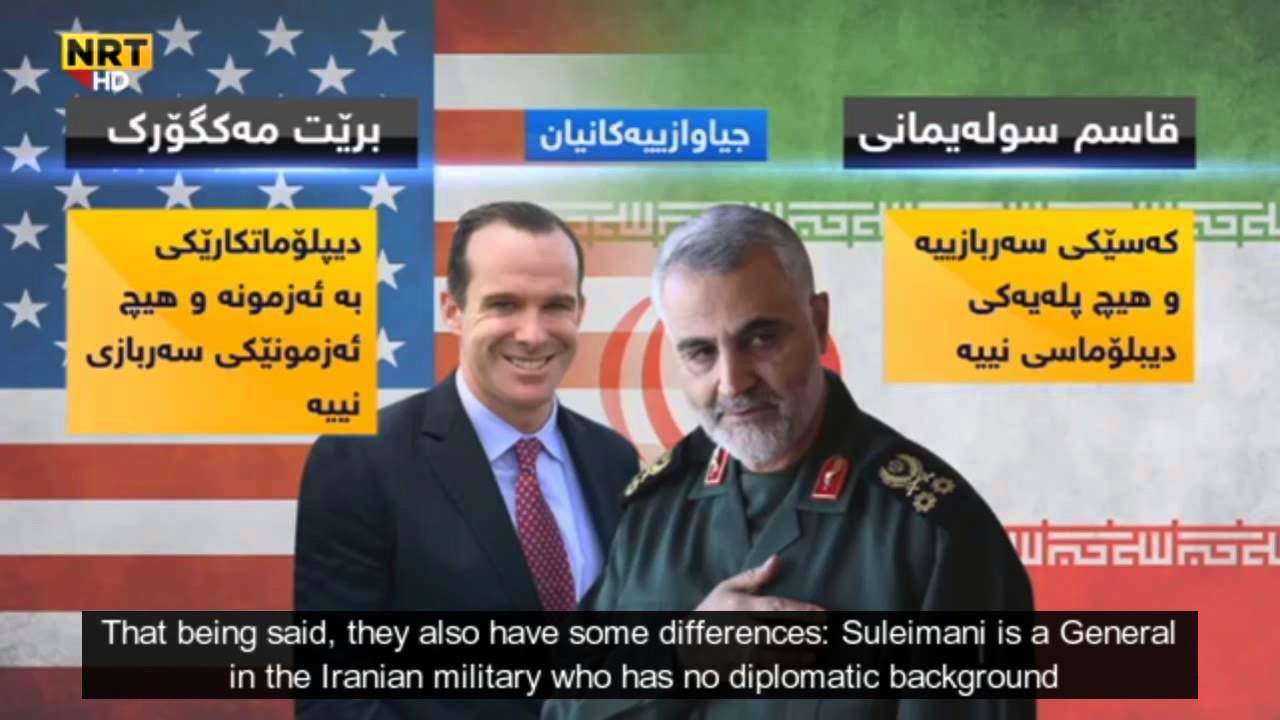 “McGurk also led the successful and controversial secret negotiations with Iran that led to the 2016 release of American prisoners, including Washington Post journalist Jason Rezaian.”

“While President Trump has been harshly critical of his predecessor’s decision to authorize that prisoner swap, he has left at least five Americans imprisoned in Tehran including 82-year-old Baquer Namazi.”

See: Top US Envoy to Anti-ISIS Coalition Has Resigned  /Time