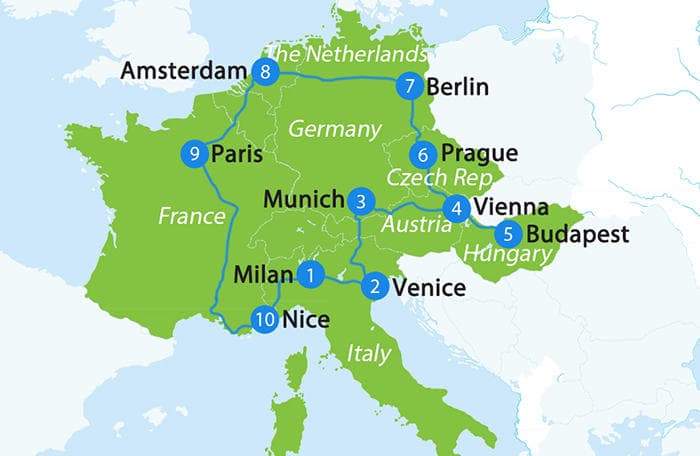 In the infamous Christopher Steele dossier, there is mention of the republican President Donald Trump’s former personal attorney Michael Cohen having visited Prague in the late Summer of 2016 to meet up with a Russian operative on behalf of his boss.

For months, Mr. Cohen vehemently denied this assertion. He would proffer up his passport with no stamp showing that he entered Prague. He claimed that he had been with his son in California in the later part of September 2016. But anyone who travels knows that tourists can fly into any European Country and then drive to where they can cross the border into Prague, Czechoslovakia from Germany with no stamp being imprinted on one’s passport. 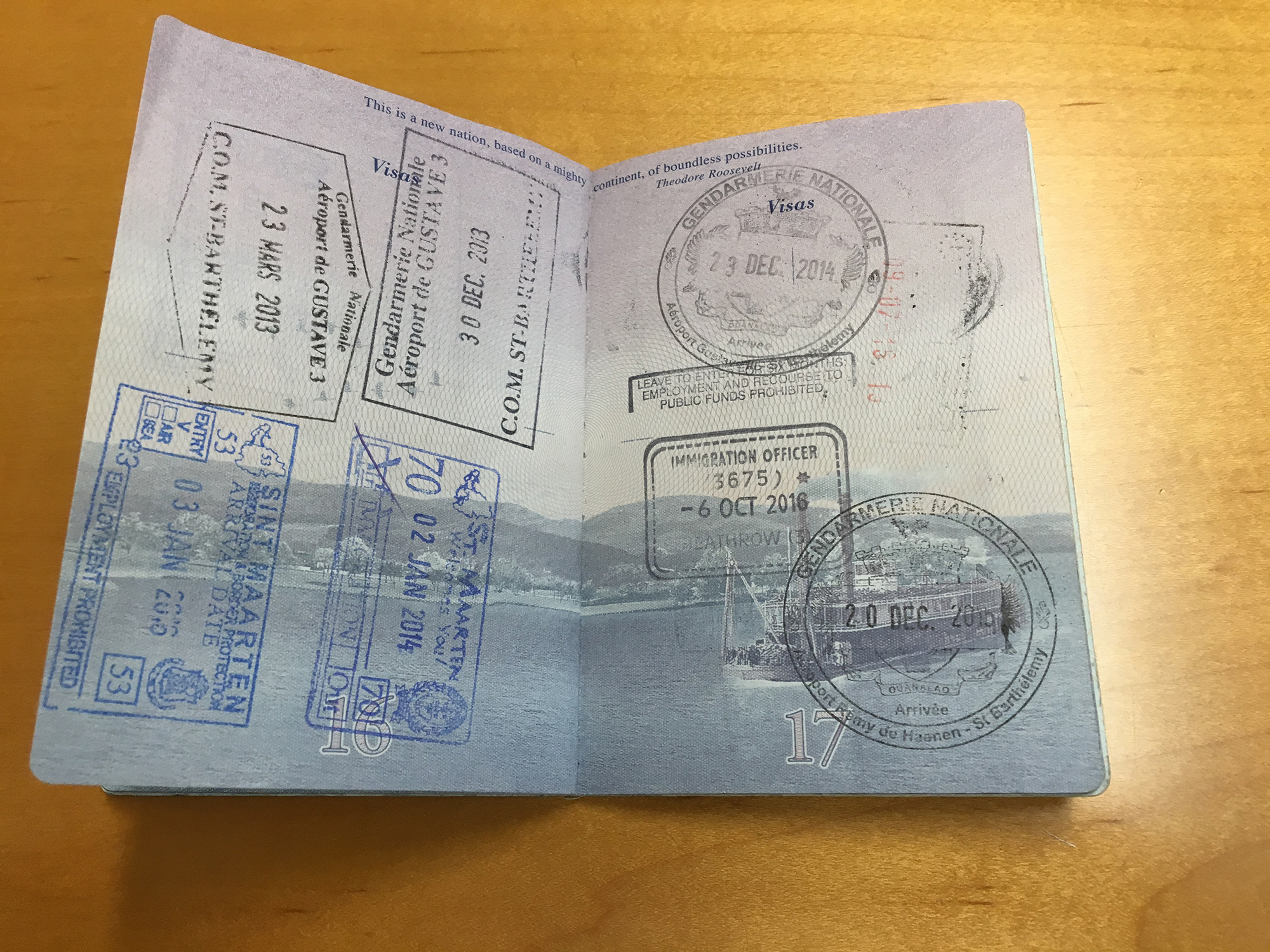 For example, the driving distance between Venice in Italy to Prague is 826 km. It takes approximately 8 h 32 min to drive from Venice to Prague. From there, it’s easy to cross over from Germany via Austria to Prague without having any marks being stamped in the tourist’s passport.

It’s now being reported that there is cell phone usage evidence supporting Mr. Steele’s assertions that Mr. Cohen was indeed in Prague, sometime in the late summer of 2016.

On December 27, 2018, Peter Stone and Greg Gordon of the McClatchy report penned the following update on the Michael Cohen saga, “Cell signal puts Cohen outside Prague around time of purported Russian meeting”

“A mobile phone traced to President Donald Trump’s former lawyer and “fixer” Michael Cohen briefly sent signals ricocheting off cell towers in the Prague area in late summer 2016, at the height of the presidential campaign, leaving an electronic record to support claims that Cohen met secretly there with Russian officials, four people with knowledge of the matter say.”

“During the same period of late August or early September, electronic eavesdropping by an Eastern European intelligence agency picked up a conversation among Russians, one of whom remarked that Cohen was in Prague, two people familiar with the incident said.”

“The phone and surveillance data, which have not previously been disclosed, lend new credence to a key part of a former British spy’s dossier of Kremlin intelligence describing purported coordination between Trump’s campaign and Russia’s election meddling operation.”

“The dossier, which Trump has dismissed as “a pile of garbage,” said Cohen and one or more Kremlin officials huddled in or around the Czech capital to plot ways to limit discovery of the close “liaison” between the Trump campaign and Russia.”

“The new information regarding the recovery of Cohen’s cell phone location doesn’t explain why he was apparently there or who he was meeting with, if anyone. But it adds to evidence that Cohen was in or near Prague around the time of the supposed meeting.”

“Both of the newly surfaced foreign electronic intelligence intercepts were shared with Special Counsel Robert Mueller, people familiar with the matter said. Mueller is investigating Russia’s 2016 election interference and whether Trump’s campaign colluded in the scheme. Mueller also is examining whether Trump has obstructed the sweeping inquiry.” 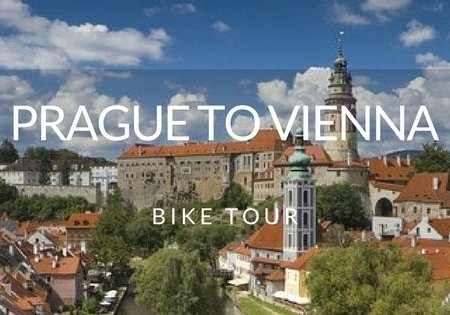 McClatchy reported in April 2018 that Mueller had obtained evidence Cohen traveled to Prague from Germany in late August or early September of 2016, but it could not be learned how that information was gleaned.

Cohen tweeted a denial hours after this story was published.

“I hear #Prague #Czech Republic is beautiful in the summertime,” Cohen tweeted. “I wouldn’t know as I have never been. #Mueller knows everything!”

“Cohen has been cooperating with Mueller’s investigation since he pleaded guilty on Aug. 21 to charges of bank fraud, tax fraud and campaign finance law violations. He later pleaded guilty to one count of lying to Congress, and was sentenced in early December to three years in prison.”

“If the foreign intelligence intercepts are accurate, the big questions now are whether Cohen has acknowledged to investigators that a meeting in Prague occurred, informed them what transpired and revealed what, if anything, he told Trump about it.

“Cohen gained a reputation as Trump’s “fixer” during more than a decade working as a lawyer for the billionaire real estate developer. He has vehemently denied that he ever traveled to Prague, but it’s unknown what he has told Mueller’s team.” 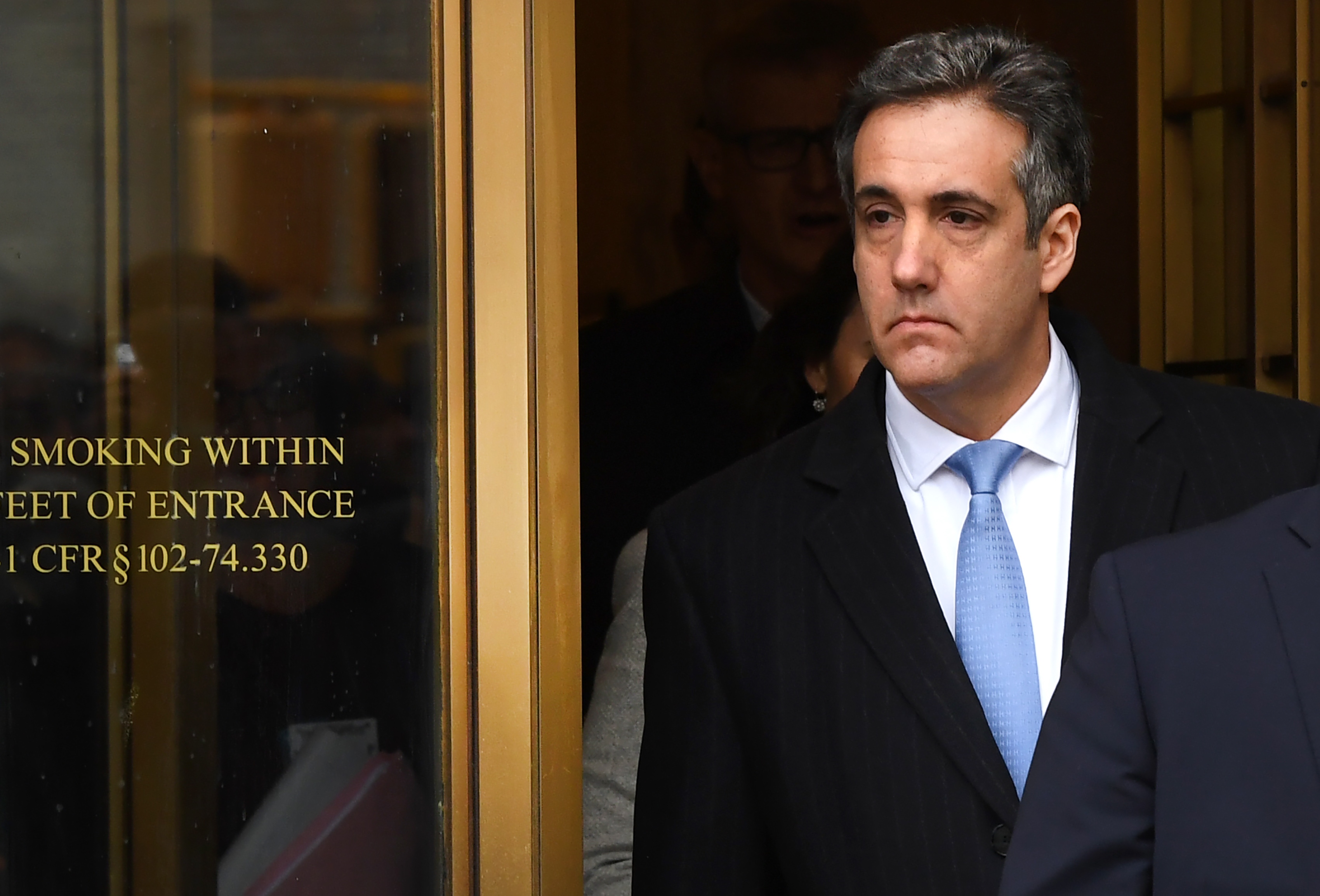 “More recently, Cohen has avoided discussing Mueller’s inquiry, saying he does not “want to jeopardize the investigation.”

“Cohen’s spokesman, Lanny Davis, reiterated his client’s denials about Prague in a phone interview this week.”

“Davis, however, is no longer part of Cohen’s legal team. He acknowledged that he has not been fully briefed on what Cohen has told Mueller’s investigative staff in some 70 hours of interviews dating to last August, when Cohen pleaded guilty. Earlier this month, Mueller advised Cohen’s sentencing judge that Cohen has provided substantial assistance in four areas, including in “core” areas of the Russia inquiry. Mueller did not elaborate.” 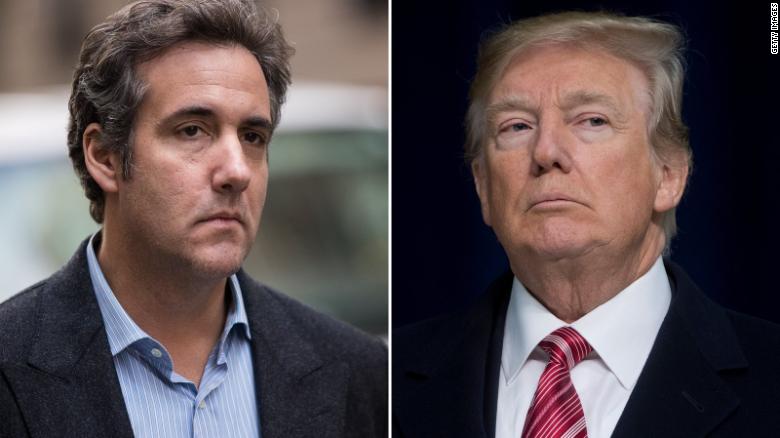 “Former Watergate prosecutor Jill Wine-Banks said that if disclosures of the foreign intelligence intercepts are true, “This is a very significant break, because it looks like a direct link between Donald Trump’s personal fixer and Russians most likely involved in the disruption of our election.”

“It would prove that lying was going on, not only about being in Prague, but much beyond the Prague episode,” she said.

“Steele’s dossier, a compilation of intelligence from his network of Kremlin sources, is full of uncorroborated details about the purported meeting.”

“It said Konstantin Kosachev, a longtime member of the Russian Senate and chairman of the Federation Council’s Foreign Affairs Committee, “facilitated” the gathering.”

“Steele reported that Kosachev may well have represented the Russians in Prague, where he had extensive ties. But Mike Carpenter, a former Russia specialist at the Pentagon under President Barack Obama, said that seems unlikely – about “as discreet as sending (Secretary of State) Mike Pompeo to meet with an informant on a sensitive issue.”

“Among the goals of the meeting, the dossier said, was to limit negative news reports about the Russia-friendly relationships of two Trump campaign aides— foreign policy adviser Carter Page and just-ousted campaign Chairman Paul Manafort — and to ensure that European hackers were paid and told to “lie low.”

“While the foreign intelligence about Cohen does not confirm a meeting even occurred, it provides evidence that he traveled to the Czech Republic, where the sources said his phone was momentarily activated to download emails or other data.”

“Cohen’s denials about Prague stand in the face of court admissions that have damaged his credibility.”

“In his second guilty plea in late November, he confessed to a single count of lying to Congress in denying that he had contact after January 2016 with Russians in pursuit of a long-sought Trump-branded hotel in Moscow. Cohen now acknowledges his contacts with Russians about the hotel continued for nearly six more months while Trump wrapped up the Republican presidential nomination.”

“The most publicized charges in his earlier guilty plea in New York last August related to hush money payments he arranged days before the election for two women who were about to publicly allege they had sex with Trump. Cohen kept the payments secret for more than a year after the election.”

“Trump has repeatedly sought to disparage Mueller’s investigation, echoing the words “no collusion” and “witch hunt” over the last 2 years.” 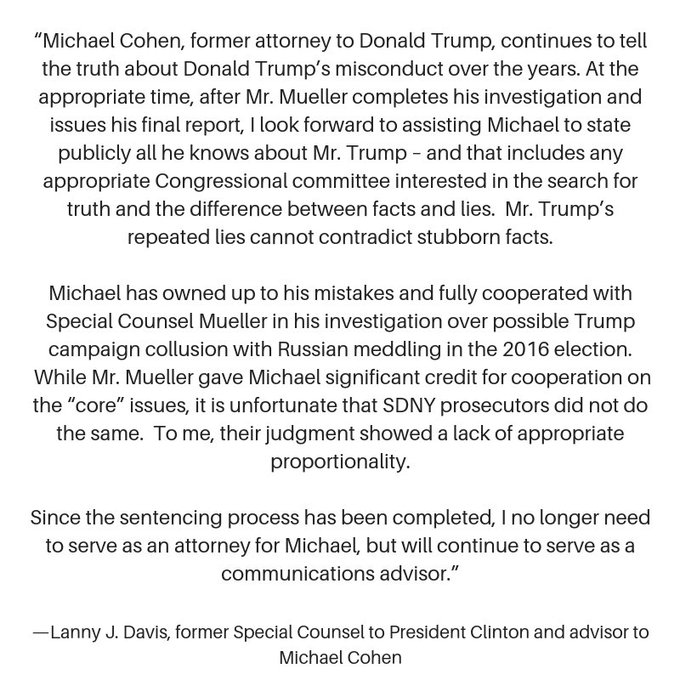 My statement on Michael Cohen’s sentencing:

“Davis said he hopes that, after Mueller has completed his investigation, Cohen “will be able to tell his story about Donald Trump and what caused him to change his mind about working for Trump and telling the truth about Trump … Then he’ll be able to talk about all the reasons why he believes Trump is a dangerous man to be president.”

Another former Watergate prosecutor, Nick Akerman, said Davis’ denials about a Prague trip can’t be taken too seriously because it would be “standard for Mueller to tell Cohen and his lawyers not to discuss publicly the details” of the investigation. 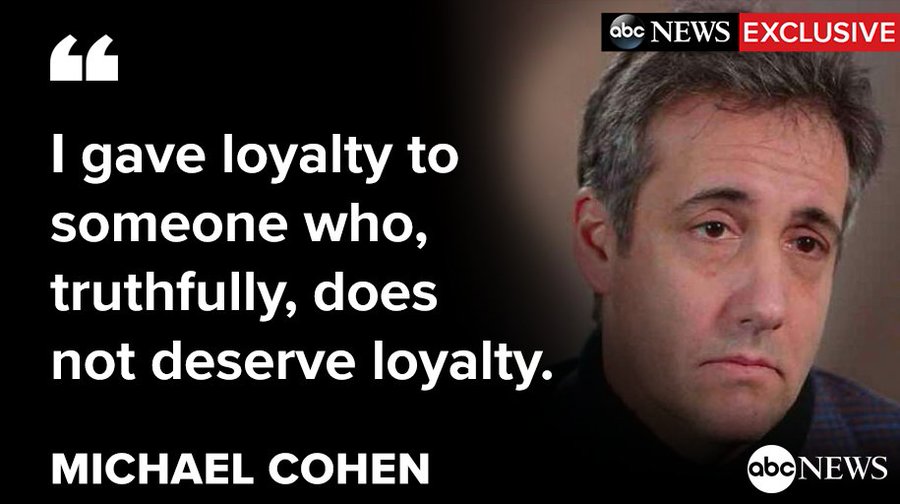 Cohen and Trump gradually became estranged after Trump’s election victory, and they severed ties entirely last May, as multiple investigations into Cohen’s activities heated up.

The cell phone evidence, the sources said, was discovered sometime after Cohen apparently made his way to the Czech Republic.

The records show that the brief activation from Cohen’s phone near Prague sent beacons that left a traceable electronic signature, said the 4 sources. 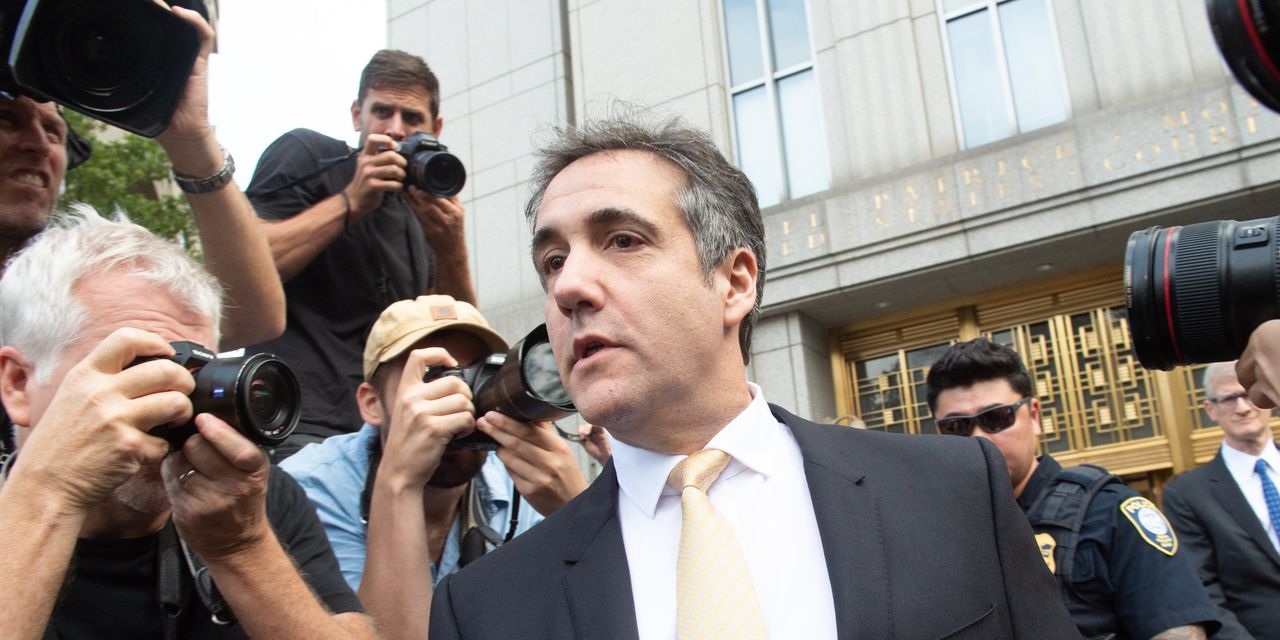 “Mueller’s investigators, some of whom have met with Steele, likely also pursued Cohen’s cell phone records. It would be a common early step in such an investigation for a prosecutor to obtain a court warrant for all U.S. and foreign phone company records of key subjects, even those dating back more than 18 months.”

“Such data might enable investigators to track Cohen’s whereabouts whenever the phone was in his possession, even if it was turned off, said several experts, including a former senior Justice Department official who declined to be identified.” 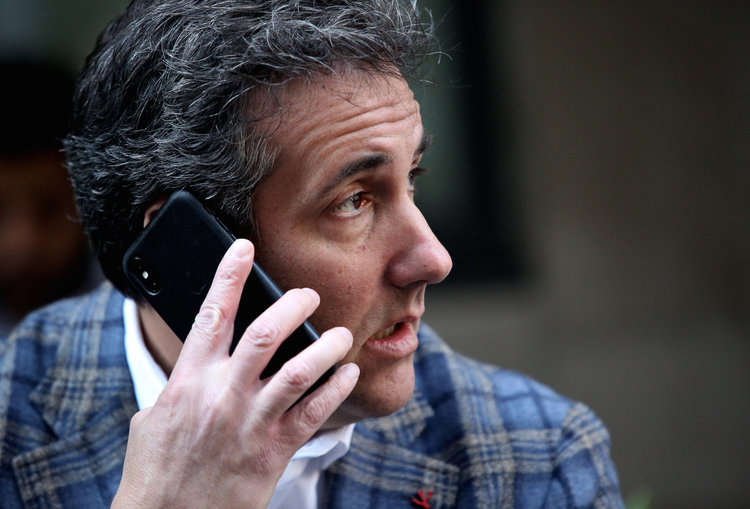 “You can monitor and control cell phones in Europe same as you do it here in US,” Neumann told McClatchy. “As long as the battery is physically located in the phone, even when it’s turned off, the mobile phone’s approximate location can be detected and tracked. Any attempt to use an app, to get mail, send texts, connect to a Wifi network, your phone and your location will be detected.”

“It was during the same late August-early September time span in 2016 that an Eastern European intelligence agency eavesdropped on a conversation in which a Russian official advised another that Cohen was in Prague, 2 of the sources said.”

“Even if Cohen has told investigators about a furtive meeting in Prague, it could be difficult for Mueller to corroborate his story. Any Russians with whom he met are likely out of the reach of U.S. law enforcement officials, because the USs has no extradition treaty with Moscow.”

If Cohen indeed made the journey to the Czech Republic, one lingering mystery is how he entered Europe’s visa-free, 29-nation Schengen area without detection. While those countries’ open-border arrangements would’ve spared Cohen from having to produce a visa to travel between Germany and Prague, U.S. and European authorities should have a record if he took a trip to Europe. Those records aren’t public.