Why Koch Brothers And Other Corporate Conservative Donors Have Pushed Hard VS. Obamacare?

It is mission impossible to overstate the insidious nature of dark monies in politics. This is the monies that corporations can donate to political causes while remaining anonymous, following the 2010 US Supreme Court ruling in the case of Citizens United v FEC. Since this decision, the number of politically active nonprofits has surged as has their spending. Most of that growth comes from 501(c)(4) or “social welfare” organizations.

While third-party spending in support of Democrats running for office has largely kept pace with spending on behalf of Republican candidates, Republicans have benefited far more from so-called “dark money,” an analysis by the Sunlight Foundation finds.

While Internal Revenue Service rules limit the political activities of social welfare organizations, such groups may spend millions of dollars in “independent expenditures” to support or oppose individual candidates so long as they file a disclosure form with the Federal Election Commission that includes the amount and type of expenditure — for example, television ads — and the candidate who is the target of the spending. The analysis further notes that reported spending by “dark money” groups tends to increase just before an election, as non-filers who had been funding issue ads switch to directly advocating for or against candidates.

As per OpenSecrets.com, “Politically active nonprofits – principally 501(c)(4)s and 501(c)(6)s – have become a major force in federal elections over the last three cycles. The term “dark money” is often applied to this category of political spender because these groups do not have to disclose the sources of their funding.”

“These organizations can receive unlimited corporate, individual, or union contributions that they do not have to make public, and though their political activity is supposed to be limited, the IRS – which has jurisdiction over these groups – by and large has done little to enforce those limits. Partly as a result, spending by organizations that do not disclose their donors has ballooned over the past few years.”

As per OpenSecrets.com, “(In 2016) The Chamber of Commerce and the National Rifle Assn topped the list of dark money group spending that was reported to the FEC. The Chamber spent almost $30 million on congressional races, with the greatest portion going to five tight Senate races. In four of those races, the Chamber was on the winning side.”

In addition to the spending that was reported to the FEC, there was what came before: Many of these groups (mainly “social welfare” groups and other politically active 501(c) nonprofits) invested in months’ worth of ads as well as sustained ground support before the date in early September when they would have to begin reporting those expenditures to the FEC. The groups — like the Karl Rove-linked One Nation and the Koch network’s Americans for Prosperity — don’t have to report their wealthy individual and corporate donors to the public, prompting the term “dark money.”

One of the questions that has puzzled me for ages, has been why the Koch brothers (John Birch Society republicans) and other like minded conservatives have been so vehemently opposed to the 2010 Obamacare/ ACA Affordable Healthcare bill that moved so many Americans away from having no access to affordable healthcare.

The following report offers an explanation while highlighting the selfish, short sighted nature of these conservatives’ thinking and their ways of doing business. In short, corporations are able to keep employees from jumping ship or from having more employment/ money producing options because these workers become dependent on healthcare benefits that they can only get via their employers.

“Would you believe me if I told you that the Koch brothers actively participate in, and benefit from, a healthcare system in which the government subsidizes private insurance; carriers are prohibited from discriminating against the sick; the young cross-subsidize the old; and qualified beneficiaries who opt out suffer a big financial hit?”

“Well, they do. Not Obamacare, of course — they want to repeal that. But as employers, they can and do compensate their employees with tax-exempt health insurance benefits, their employees are all part of one risk pool, and everyone contributes the same amount for equal coverage.”

“This is not something the Koch brothers consider a threat to the Republic, apparently. Perhaps deep down, or in the abstract, they think the government should not be subsidizing this healthcare and are simply following the rules of the road as set by others. That was the line they took when explaining why they participated in a temporary Obamacare program for early retirees. “Once laws or programs are enacted we will not place ourselves or our employees at a disadvantage by turning our back on incentives offered to our competitors.”

“Yet despite the fact that employer-sponsored health insurance resembles Obamacare in many ways, the Koch network is not actively trying to repeal (the government program) ERISA — the law that regulates employer-sponsored health plans — or to repeal the tax expenditure that allows them to advantageously provide the benefits they claim they’re working so hard to maintain.”

“That is an effort they reserve especially for Obamacare. To the Koch brothers, there’s apparently a big difference between government subsidizing and regulating health insurance for their employees and government subsidizing and regulating insurance for the self-employed, individuals whose employers don’t provide health benefits, and the unemployed.”

“I know this, because in a Thursday Wall Street Journal Op-Ed, Charles Koch had absolutely nothing to say about the system the government has put in place to make it cheaper for Charles Koch to compensate his employees, but said the following about the other system:”

“The more government tries to control, the greater the disaster, as shown by the current health-care debacle. Collectivists (those who stand for government control of the means of production and how people live their lives) promise heaven but deliver hell. For them, the promised end justifies the means.”

“This might seem strangely contradictory, unless you stop and consider what the existence of a universal right to health insurance coverage means for employers and the people who work for them. When the Congressional Budget Office updated its analysis of the Affordable Care Act’s labor market effects, it concluded that a coverage guarantee for all, and subsidies for many, would reduce employment by more than 2 million people over the coming decade.”

“For some of those workers, that shift will mean the freedom to quit — hence the “job killing” canard. But for other workers — current and prospective — it will mean the freedom to ask for more money. All thanks to a program that’s financed largely by taxing people like Charles and David Koch. And I think therein lies the key to understanding why they’re devoting so much time and so many resources to destroying Obamacare.” 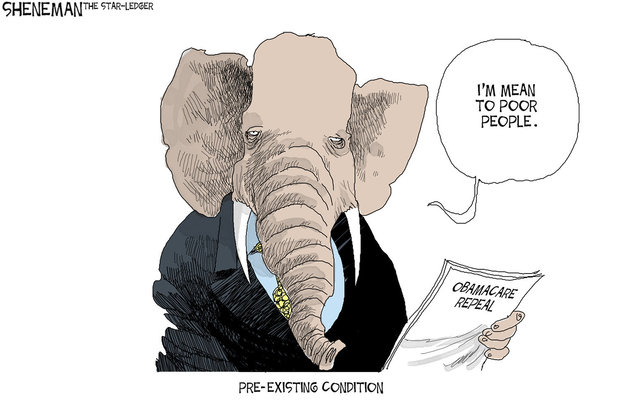 “The Koch brothers like to pretend that their ideological and political commitments stem not from their own financial interests but from high-minded, principled beliefs about how American society should be organized. I know this because in that same Op-Ed, Charles Koch wrote, “I have devoted most of my life to understanding the principles that enable people to improve their lives. It is those principles—the principles of a free society—that have shaped my life, my family, our company and America itself.”

“And yet, the vast difference of intensity with which he and his brother David oppose the employer-based healthcare system and Obamacare gives the lie to the idea that their advocacy efforts are abstracted from their personal circumstances.” 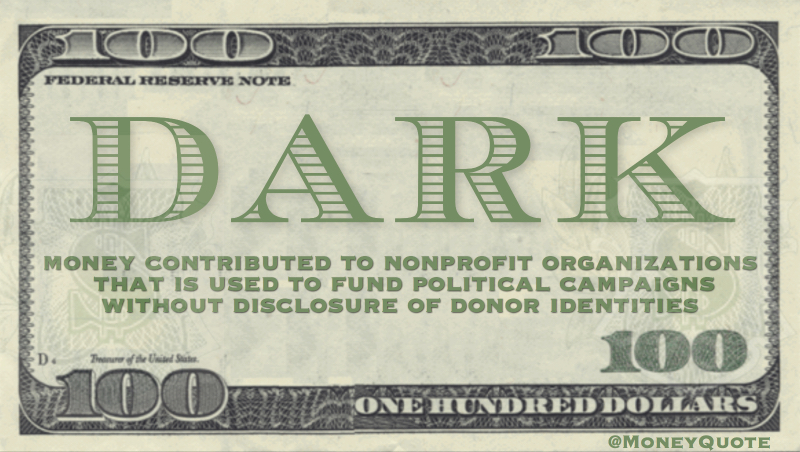 “I get that the employer-sponsored healthcare system is old and enormous, and Obamacare is new and relatively small. I also get that the Democrats running for reelection today helped create Obamacare, not ERISA. But both systems now benefit a bunch of people. And both make it easy for people of all incomes and health statuses to become insured in similar ways.”

“The former, though, redounds immensely to the Koch brothers’ benefit, while the latter imposes big new taxes on them and reduces their leverage over their employees. And by sheer coincidence that’s the one stuck in their cross hairs.”