The below facts define a picture of the Republican President Donald Trump’s administration’s lack of seriousness in preventing future Russian attacks on the US voting infrastructure as their agents did in 2016. This sentiment appears to be echoed by the US Congressional GOP lawmakers, as they have not successfully taken any substantial steps to address this issue.

It would almost seem as if the Republican Party leaders are admitting by default, that their candidates can’t win without cheating which includes assistance by foreign powers.

On March 4, 2018, Gardiner Harris of the New York Times penned the following report, “State Dept. Was Granted $120 Million to Fight Russian Meddling. It Has Spent $0.”

“As Russia’s virtual war against the United States continues unabated with the midterm elections approaching, the State Department has yet to spend any of the $120 million it has been allocated since late 2016 to counter foreign efforts to meddle in elections or sow distrust in democracy.”

“As a result, not one of the 23 analysts working in the department’s Global Engagement Center — which has been tasked with countering Moscow’s disinformation campaign — speaks Russian, and a department hiring freeze has hindered efforts to recruit the computer experts needed to track the Russian efforts.”

“The delay is just one symptom of the largely passive response to the Russian interference by President Trump, who has made little if any public effort to rally the nation to confront Moscow and defend democratic institutions. More broadly, the funding lag reflects a deep lack of confidence by Secretary of State Rex W. Tillerson in his department’s ability to execute its historically wide-ranging mission and spend its money wisely.”

“Mr. Tillerson has voiced skepticism that the United States is even capable of doing anything to counter the Russian threat.”

“If it’s their intention to interfere, they’re going to find ways to do that,” Mr. Tillerson said in an interview last month with Fox News. “And we can take steps we can take, but this is something that once they decide they are going to do it, it’s very difficult to pre-empt it.”

“The United States spends billions of dollars on secret cybercapabilities, but these weapons have proved largely ineffective against Russian efforts on Facebook, Twitter and elsewhere that simply amplify or distort divisive but genuine voices in the United States and elsewhere.”

“The role for the Global Engagement Center would be to assess Russian efforts and then set about amplifying a different set of voices to counter them, perhaps creating a network of anti-propaganda projects dispersed around the world, experts said.”

“There are now thousands of former Russian journalists who have been exiled or fired who are doing counter-Russian stuff in exile who we could help,” said Richard Stengel, who as the under secretary for public diplomacy in the Obama administration had oversight of the Global Engagement Center.”

“Concerted campaigns to highlight the roles of Russian troll farms or Russian mercenaries in Ukraine and Syria could have a profound effect, Mr. Stengel said.”

“At the end of the Obama administration, Congress directed the Pentagon to send $60 million to the State Department so it could coordinate government-wide efforts, including those by the Defense Department and the Department of Homeland Security, to counter anti-democratic propaganda by Russia and China. This messaging effort is separate from other potential government actions like cyberattacks.”

“Mr. Tillerson spent seven months trying to decide whether to spend any of the money. The State Department finally sent a request to the Defense Department on Sept. 18 to transfer the funds, but with just days left in the fiscal year, Pentagon officials decided that the State Department had lost its shot at the money.”

“With another $60 million available for the next fiscal year, the two departments dickered for another five months over how much the State Department could have.”

“After The New York Times, following a report on the issue by Politico in August, began asking about the delayed money, the State Department announced on Monday that the Pentagon had agreed to transfer $40 million for the effort, just a third of what was originally intended.”

“State Department officials say they expect to receive the money in April. Steve Goldstein, the under secretary for public diplomacy, said he would contribute $1 million from his own budget to “kick-start the initiative quickly.”

“This funding is critical to ensuring that we continue an aggressive response to malign influence and disinformation,” Mr. Goldstein said.”

“On Wednesday, Mark E. Mitchell, a top official in the Defense Department, said much wrangling remained before any of the promised $40 million is transferred to the State Department.”

But as of September 2018, the US State Department had yet to receive any of these promised monies.

As per the September 2018 Hill report by Brett Samuels, “State Department unit established to blunt election interference efforts by foreign countries has still not received funding that was allocated for the project two years ago, HuffPost reported.”

“The news outlet reported that the Defense Department agreed to provide $40 million in funding to the Global Engagement Center earlier this year following complaints from lawmakers. However, the money still had not arrived as of last week, and a Senate aide told HuffPost that the amount had since been cut in half to $20 million.”

“A State Department official told the news outlet that the Global Engagement Center would “be fine” even with the reduced amount of funding. The official said the center is waiting on another $20 million through the State Department’s budget.”

“Congress allocated $120 million in 2016 to the Global Engagement Center in the State Department to fight foreign efforts to influence or meddle in democratic elections. The New York Times reported in March that the State Department still had not spent any of the money.”

“President Trump has drawn criticism at times for his handling of the threat of interference in U.S. elections.” 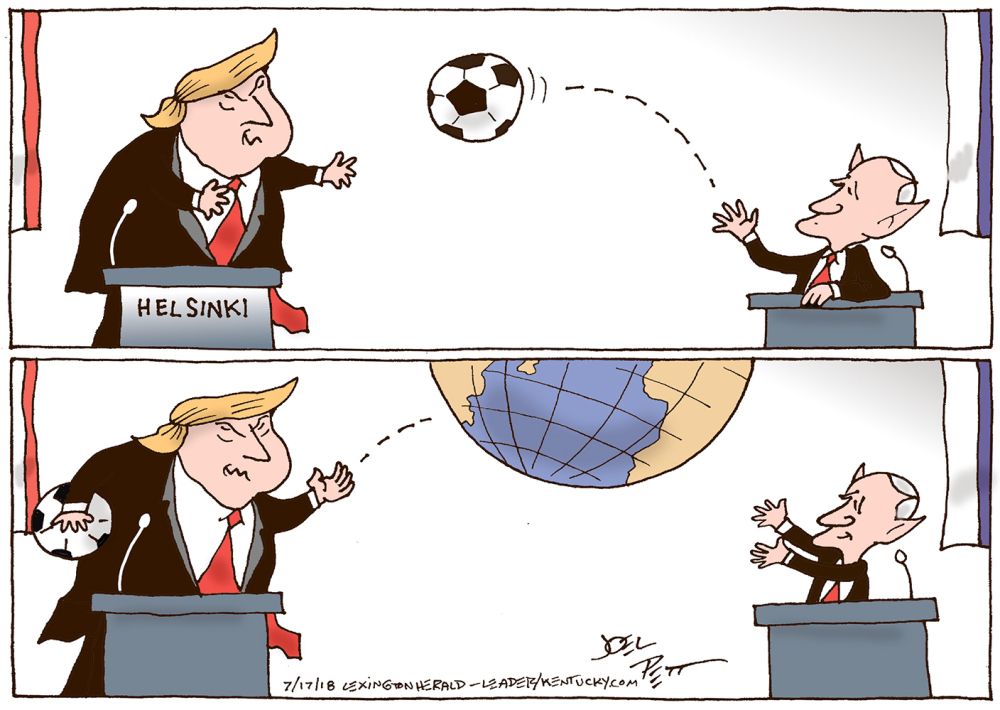 The president attracted scrutiny after meeting with Russian President Vladimir Putin in July, where Trump cast doubt on the U.S. intelligence community’s conclusion that Russia interfered in the 2016 election.

He walked back those remarks, only to later suggest that others besides Russia may have been responsible.

The Trump administration has attempted to place the focus on intelligence officials’ efforts to blunt further interference efforts. The White House trotted out several top officials at a press briefing last month, where each individual described their department’s effort to combat election meddling.

Each official specifically called out Russia and warned that they continue to see Russian efforts to interfere.