The republican President Donald Trump has been itching for months to be in a position where there is a US government shutdown. He has brought this subject up much more frequently than the 3 times in three months, mentioned below.

President Trump has convinced himself that he could impress his base of anti-immigration zealots by tying this impulse to his not getting Democrats to concede to his ego driven demand for $ 5 billion dollars to be added to the US budget for the building of his wall at the US southern border. He wants his due deference. The Democrats aren’t in the mood for spending tax payer monies to salvage the president’s ego.

To date, the republican US Senate Majority Leader Mitch McConnell has been backing the president’s plan with the thought that he could somehow transfer the blame to Democrats in the minds of most Americans.

This government shutdown had been enacted on midnight EST on Saturday, December 22, just hours after the US Congressional members had been led to believe that the president had agreed to a proposal that would have easily passed.

Senator Mitch McConnell is living in a “pipe dream” if he thinks that 75% of Americans are going to blame primarily Democrats for this 3rd shutdown in the year of 2018, especially as this shut down may end up setting a record for the longest US shutdown, ever. As of  today, January 4, 2019 we are in the 14th day of the shutdown that was ordered on December 22, 2018.

Only 25% of Americans which represent a significant percentage of his base of voters, approve of this shutdown over the president’s demand of monies for his wall. He is the one who openly bragged about how he’d be honored to accept the responsibility for this government shutdown in the presence of two Democratic Party leaders.

The supposedly self-described greatest deal maker ever, has boxed himself by his own words, into a corner with no easy, face-saving exit strategy, and Senator Mitch McConnell is the bigger fool if he continues to back the president’s play.

Note: The following meme is dated in 2017 when President Trump was threatening a government shutdown, if he didn’t get funding for his wall.

On December 29, 2018, Amanda Sakuma of VOX penned the following report, “Trump threatens to shut down the border for the 3rd time in 3 months” (“Closing it entirely would be a logistical nightmare and could spark an international trade dispute.”)

“The federal government isn’t the only thing that President Donald Trump is fine with closing down over his pet-project border wall: He’s content with shuttering the entire southern border, too.”

“But the rub is that neither of his demands — either for $5 billion in border wall funding or for a shutdown of the ports of entry between the US and Mexico — are being taken very seriously.”

There’s no plan in sight to fund the roughly 25 percent of the federal government that almost certainly will remain closed at least through the new year — when Democrats take over the House. And so the president tweeted on Friday that he’d be “forced” to shut down the US-Mexico border if Congress refuses to meet his demands.

He followed up with more threats to cut off foreign aid to countries in Central America, trying to stir up panic around a new migrant caravan en route to the US.

We will be forced to close the Southern Border entirely if the Obstructionist Democrats do not give us the money to finish the Wall & also change the ridiculous immigration laws that our Country is saddled with. Hard to believe there was a Congress & President who would approve! 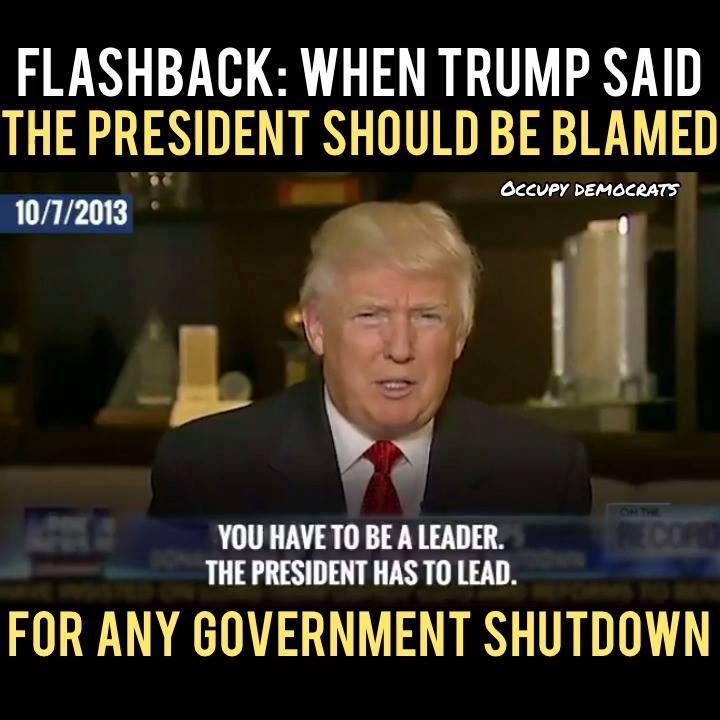 “Trump finds himself this holiday season ensconced in the White House after canceling Christmas and New Years plans at his Mar-a-Lago resort in Florida with his wife, Melania. Barring a brief visit to American troops overseas, he’s spent the week actively spinning up other baseless assertions about border security on Twitter and criticizing congressional Democrats who have refused to meet his $5-billion ask.”

“Meanwhile, the halls at the Capitol are nearly dead silent, with congressional leaders barely pretending to try to reopen the departments of Justice, Interior, and Homeland Security and other agencies that remain unfunded.”

“Remember, Trump said repeatedly while on the campaign trail and also as president that Mexico would pay for the border wall. That obviously isn’t happening. But shutting down the border entirely over the president’s pet project would not only be a logistical mess, it would effectively spark an international trade issue over a domestic funding dispute.” 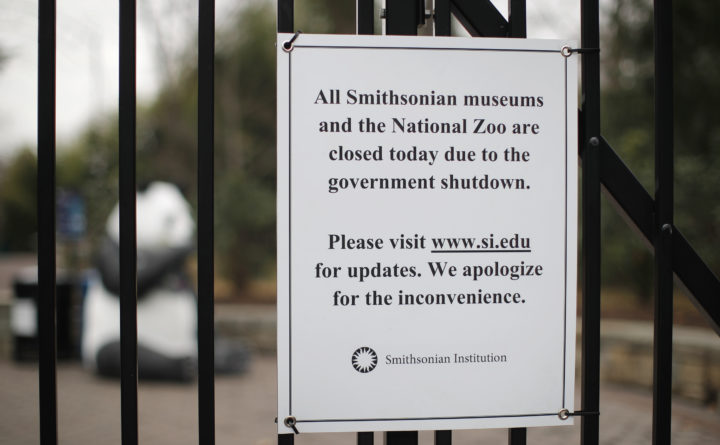 Trump has threatened to shutter the southern border before.

“It’s become a perennial occurrence for Trump to threaten a wholesale shutdown of the southern border. He did so in October in response to the caravan of migrants traveling on foot from Central America. And again over Thanksgiving he threatened the same (“the whole border … I mean, the whole border”) if Mexico didn’t step up security.”

“But his threats to shut down the border in its entirety never materialized. One reason for the lack of follow-through is that he has few options. As the Washington Post reports, the federal government can’t unilaterally block American citizens from entering the US. And though Trump has tried to block asylum-seekers from accessing ports of entry, a federal court has already batted down those restrictions.”

“Even if Trump wanted to use national security as a justification for the closures, the blockade could only be temporary, and would mostly affect commerce. And by some estimates, the plan could cost billions.”

“Mexican President Andres Manuel Lopez Obrador has kept quiet about the impasse over US federal funding. But a wholesale shutdown would inevitably put the majority of pressure on the shoulders of border-state businesses and corporations. Mexico is the US’s third-largest trade partner; last year trade of goods and services between the two countries topped $615.9 billion.”

Dear @GOPLeader McCarthy (R-CA): I will leave it up to you to tell California businesses that the leader of the Republican party–@realDonaldTrump–wants to shut down all trade along California’s southern border.

We will be forced to close the Southern Border entirely if the Obstructionist Democrats do not give us the money to finish the Wall & also change the ridiculous immigration laws that our Country is saddled with. Hard to believe there was a Congress & President who would approve!