Due To Gov. Shut Down, Non Paid Coast Guard Personnel Are Told To Consider Side Jobs

Can you believe that the Coast Guard agents who are responsible for interdicting smugglers, illegal drugs, undocumented immigrants as they safeguard our US borders will not be getting a paycheck because the republican President Donald Trump ordered a government shutdown starting on the 22nd of December, due to there not being sufficient funds in the US budget to pay for his SW border wall at the tune of $5 plus billion dollars?

It seems that there were solutions proffered to Coast Guard families to help them survive during this financial debacle, like holding garage sales, babysitting, etc. with bankruptcy being the final answer. As these suggestions became public, these tips were deleted from a Coast Guard website.

Make no mistake, this shutdown over the lack of funding for his border wall is a well crated reality show segment that he has been itching to implement since 2017. Now that all those in the White House who had been a restraining influence are gone, all bets are off. Ever since, he has figured out that he can order a “National Security Emergency,’ he can’t wait to implement it.

As per a 8/25/2017 Washington Post report, “Trump is threatening a government shutdown. Here’s what that looks like” by Rachel Chason,  “At his raucous Phoenix rally, President Trump threatened to shut down the government in a matter of weeks if Congress refuses to fund the border wall.”

“If we have to close down our government, we’re building that wall,” Trump told attendees, who fist-pumped and chanted, “Build that wall.”

“The Tuesday rally wasn’t the first time Trump had raised the prospect of a government shutdown. In May (2017), he tweeted that the “country needs a good ‘shutdown’” to leverage a better budget deal for Republicans.”

The reason for the plan negotiated between the Republicans and Democrats is that we need 60 votes in the Senate which are not there! We….

either elect more Republican Senators in 2018 or change the rules now to 51%. Our country needs a good “shutdown” in September to fix mess!

On June 9, 2019, Dan Lamothe of the Washington Post penned the following report, “Coast Guard families told they can have garage sales to cope with government shutdown” (“‘Bankruptcy is a last option,’ the service said in a tip sheet published on a website.”)

“Employees of the U.S. Coast Guard who are facing a long U.S. government shutdown just received a suggestion: To get by without pay, consider holding a garage sale, babysitting, dog-walking or serving as a “mystery shopper.”

“The suggestions were part of a five-page tip sheet published by the Coast Guard Support Program, an employee-assistance arm of the service often known as CG SUPRT. It is designated to offer Coast Guard members help with mental-health issues or other concerns about their lives, including financial wellness.”

“Bankruptcy is a last option,” the document said.” 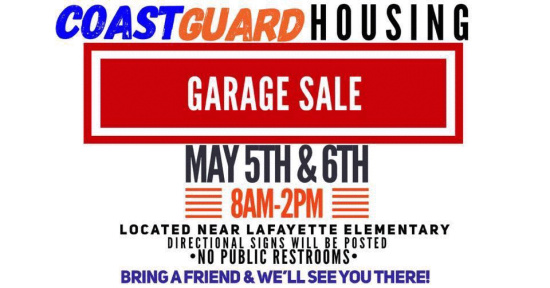 “The Coast Guard receives funding from the Department of Homeland Security and is subjected to the shuttering of parts of the government along with DHS’s other agencies. That stands in contrast to other military services, which are part of the Defense Department and have funding.”

“The tip sheet, titled “Managing your finances during a furlough,” applies to the Coast Guard’s 8,500-person civilian workforce. About 6,400 of them are on indefinite furlough, while 2,100 are working without pay after being identified as essential workers, said Lt. Cmdr. Scott McBride, a service spokesman. They were last paid for the two-week period ended Dec. 22.”

“While it may be uncomfortable to deal with the hard facts, it’s best to avoid the ‘hide your head in the sand’ reaction,” the tip sheet said. “Stay in charge of the situation by getting a clear understanding of what’s happening.”

“The Coast Guard removed the tip sheet from the support program’s website late Wednesday morning after The Washington Post inquired about it.”

“The suggestions do not “reflect the Coast Guard’s current efforts to support our workforce during this lapse in appropriations,” McBride said. “As such, this guidance has been removed.”

“The situation shows the increasing strain that the service is under as the partial government shutdown continues. About 41,000 active-duty Coast Guardsmen are working without pay. Their next check is due Jan. 15.”

Overall, about 420,000 government employees are working under the promise they’ll be paid retroactively, with nearly another 350,000 on furlough at home.

“The Coast Guard’s status as an unfunded military service increasingly has become a political issue, as family members share their worries about a shutdown with no end in sight amid a political dispute about President Trump’s proposed border wall. Coast Guardsmen rely not only on paychecks, but also now-frozen government allowances for housing in expensive coastal cities where many are assigned.” 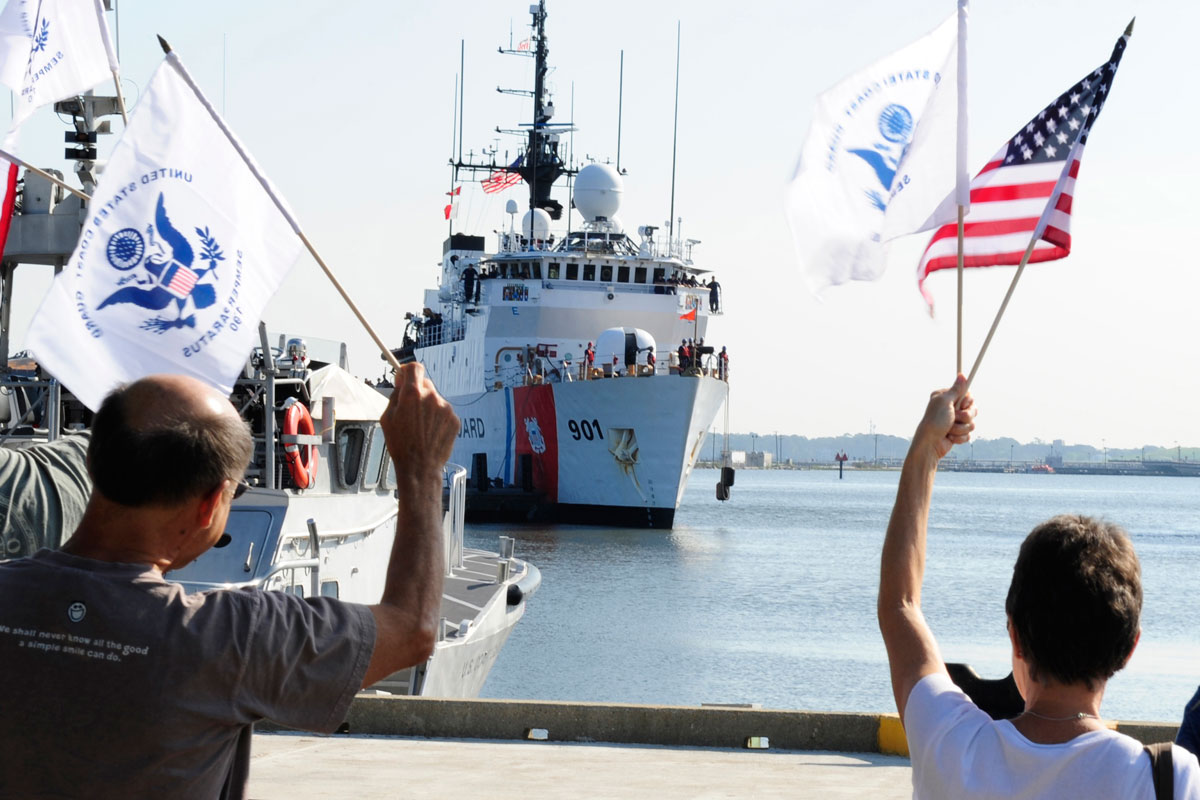 “Late last month, the Coast Guard announced it had found enough money to pay its service members one last time through the end of the year. The Trump administration took credit afterward, releasing a statement that said the president and some of his staff members had worked “round the clock” to address the issue.”

“The Coast Guard’s situation has stirred up old frustrations that the sea service’s contributions are not as appreciated in Washington as those of the rest of the military.”

“Among some military families, it also has undermined some good will that Trump established with the Coast Guard by praising their “brand,” spotlighting their efforts in hurricanes and promising funding for icebreaker ships to boost polar security. Funding for those ships is no longer a certainty this year, with the Senate version of an appropriations bill including $750 million to begin construction of a new ships and the House version including no money.”

“Coast Guard leaders have sought to provide as much information as possible to its people about the shutdown, and offer suggestions for where financial assistance might be possible. It also released a letter for families to provide to creditors while seeking temporary financial relief.”

“This lapse in appropriations is beyond our members’ control and is expected to be a temporary situation,” said the Dec. 27 letter, signed by Rear Adm. Matthew W. Shibley. “We appreciate your organization’s understanding and flexibility in working with Coast Guard members who request forbearance on their obligations until this situation is resolved.”

A bipartisan effort to get the Coast Guard paid through the shutdown was launched in Congress last week, but it isn’t clear if or how quickly lawmakers might vote on the proposed “Pay Our Coast Guard Act.”

Link to report: Coast Guard families told they can have garage sales to cope  …