The current government shutdown started on the 22nd of December is now the longest running event, ever. This translates into 800,000 government public servants going without their paychecks because the republican President Donald Trump decided at the last minute to renege on a previous budget agreement with US Congressional leaders in order to push for a government shutdown over his demands for additional funding for his SW border wall.

On January 11, 2019, The New York Times published the story about how around May 2017, agents for a secret division of the FBI involving counter-intelligence began investigating whether President Trump had been acting on behalf of Russia against American interests. As per that report, “that inquiry was made part of Mr. Mueller’s broader examination of how Russian operatives interfered in the 2016 election and whether any Trump associates conspired with them. The cruelty demonstrated by President Trump as he forced this government shutdown would definitely warrant Russia’s stamp of approval.

Finally, on the 11th of January 2019, several GOP US senators acted to develop a bill to prevent future US government shutdowns, but that does nothing to end this one.

Personally, I’m hoping that when the US economy takes downward turn, then maybe the president will lift a finger. As per the 1/11/19 KTVA Alaskan report by Angela Krenzien, “Sen. Lisa Murkowski is joining eight other Republican senators in introducing a bill aimed at permanently preventing future federal government shutdowns, even amid failing budget negotiations, according to a release from the U.S. Senate Friday (1/11/19).”

As per the 1/11/19 Daily Caller report by Henry Rodgers, “It’s disappointing that both sides didn’t resolve this matter weeks ago. Shutdowns inevitably costs taxpayers more money once the government reopens. I hope that both parties come together and reach an agreement that brings a resolution to this issue as quickly as possible,” (Ohio Sen) Portman said in a statement.”

“Moving forward, we should end government shutdowns for good. This bipartisan legislation will accomplish that goal, providing lawmakers with more time to reach a responsible resolution to budget negotiations, giving federal workers and their families more stability, and ensuring we avoid disruptions that ultimately hurt our economy, taxpayers and working families,” he continued.” 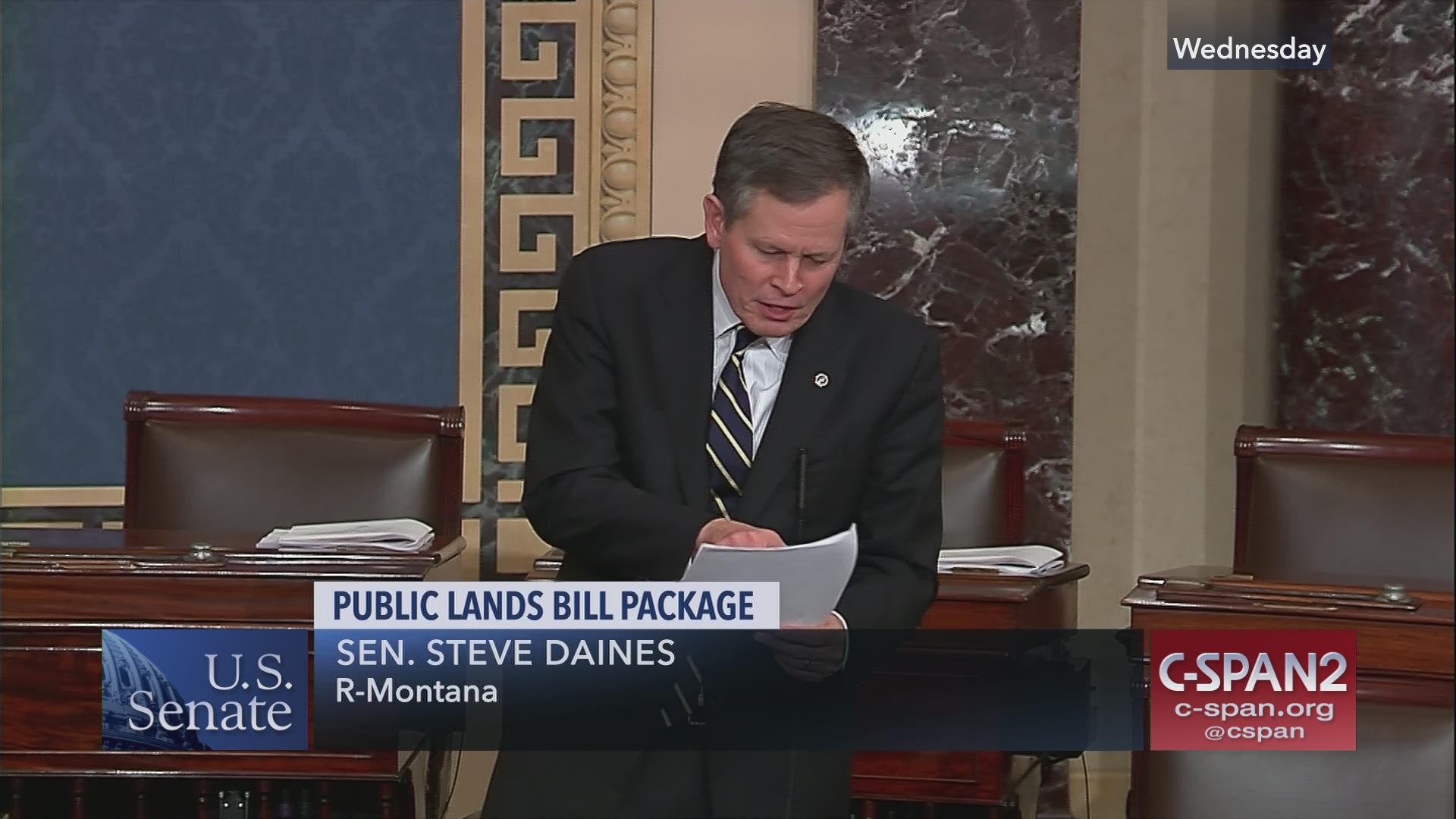 “(Sen.) Daines, who also sponsored the bill, echoed a similar message, saying government shutdowns don’t work and that this legislation will help hold members of congress accountable of keeping the government open.”

“Shutdowns don’t work. Yet we’re seeing them happen time and time again,” Daines said. “The End Government Shutdowns Act” will hold Congress accountable to funding the government and ensure that hardworking folks aren’t paying the price for the partisan, political games being played in DC.”

(Sen.) Daines introduced a bill on the Senate floor Thursday (1/10/19) that would withhold the pay of members of Congress during future government shutdowns. The bill, sponsored by Republican Texas Sen. John Cornyn, comes hours after Daines announced he sent a letter requesting the secretary of the U.S. Senate withhold his pay during the ongoing partial shutdown of the federal government.

“Currently, when Congress fails to meet a deadline to pass a government funding bill, the agencies which remain unfunded shut down. Often, Congress chooses to pass what’s called a continuing resolution (CR) to delay and extend the deadline to pass funding bills, which keeps funding operations at their current levels.”

“This legislation will accomplish that goal, providing lawmakers with more time to reach a responsible resolution to budget negotiations, giving federal workers and their families more stability, and ensuring we avoid disruptions that ultimately hurt our economy, taxpayers and working families,” (Sen. Rob) Portman said.”

The current government shutdown will be the longest in history beginning on Saturday. It has resulted in 800,000 government workers furloughed or working without pay, and it is affecting airline travel, federal investigations, and food inspections, among other things.

A Must Read By Lawfare:  What if the Obstruction Was the Collusion?