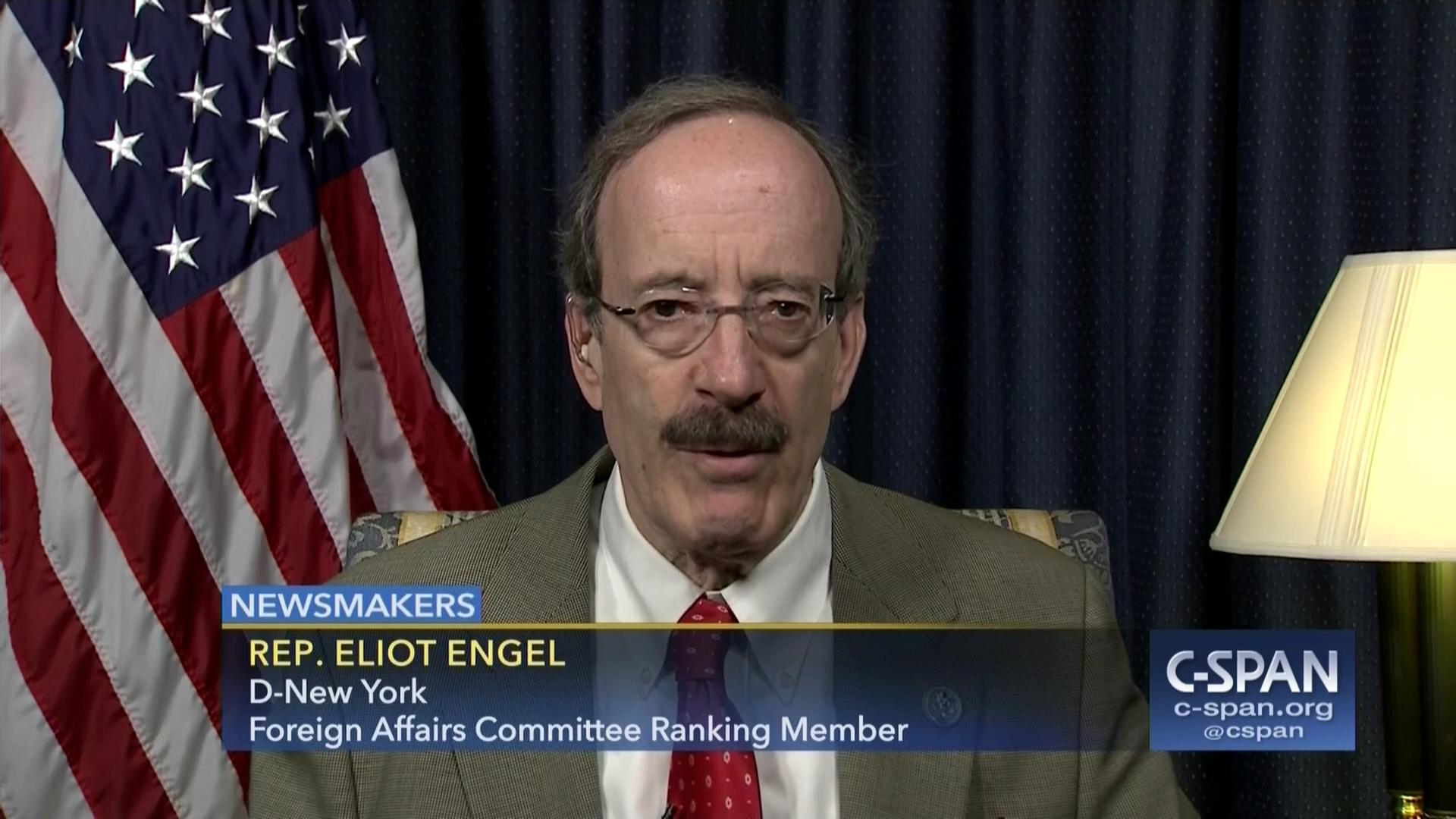 There is a Democratic US Congress Representative Eliot Engel, from New York who has just taken over the chairmanship of the House Foreign Affairs Committee, who is publicly stating that his first act as chairman will be to create a new subcommittee devoted to investigating President Trump, regarding his multiple foreign policy scandals and missteps.

This mission to investigate whether the republican President Donald Trump’s questionable foreign policy actions were motivated by any outside interests other than what was in the US national security interests, will be garnering lots of media attention. 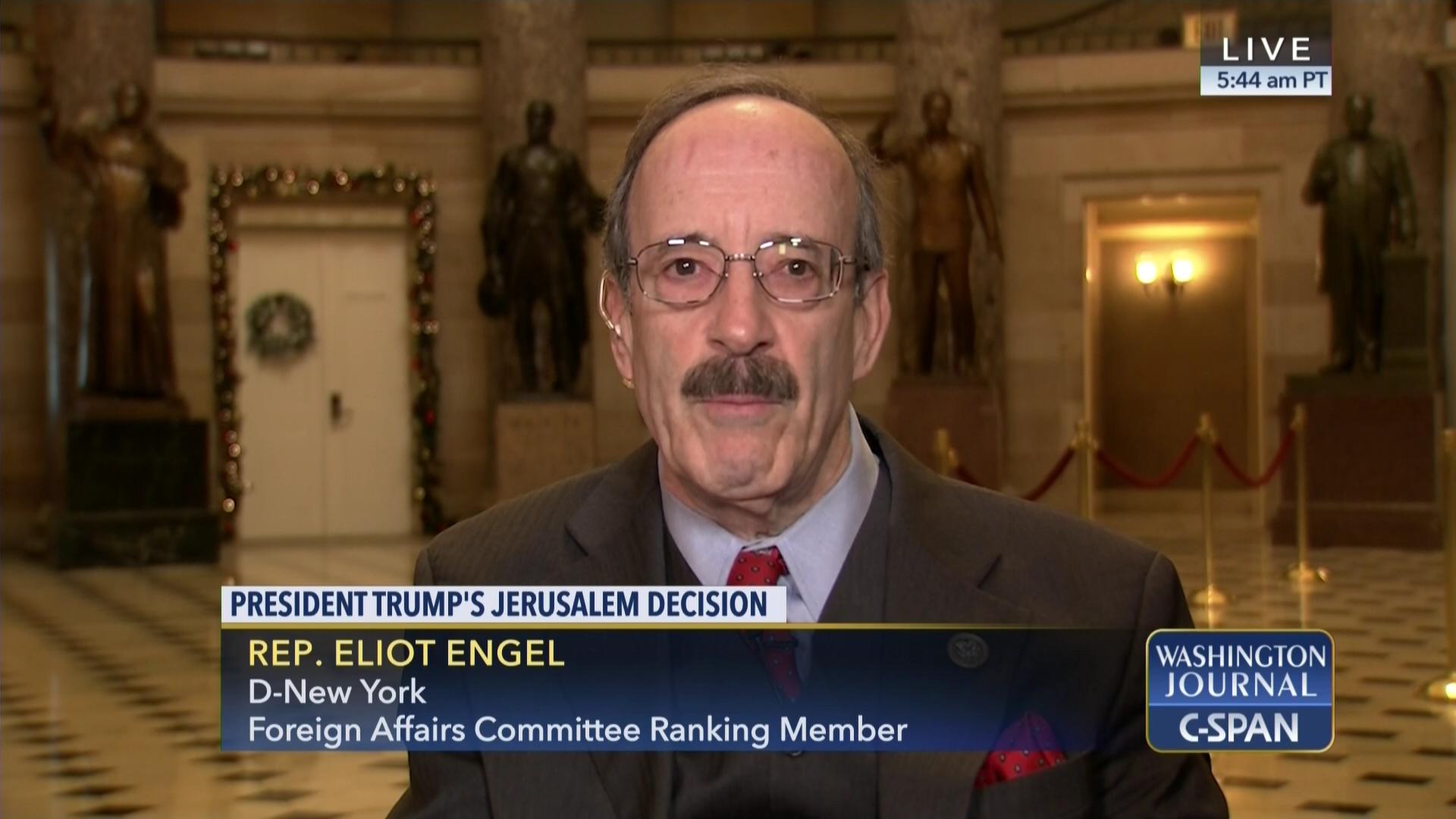 On January 11, 2019, Susan B Glasser of the New Yorker penned the following report, “The International Crisis of Donald Trump” (“While Washington melts down over the government shutdown, the worst-case scenario for the President’s foreign policy has actually happened.”)

Congressional committees, like the priorities of the politicians who run them, change with the times. On Wednesday morning (1/10/19), Eliot Engel, the Democratic congressman from New York who has just taken over the chairmanship of the House Foreign Affairs Committee, sank into an oversized leather chair in his office and told me that his first act as chairman will be to create a new subcommittee devoted to investigating President Trump. ”

“After the 9/11 attacks, Engel’s predecessors on Foreign Affairs set up a new terrorism subcommittee, which underscored America’s sudden, obsessive focus on countering such threats. It is telling that this is the subcommittee that Engel will now eliminate in favor of his new investigative panel. There “wasn’t a great clamor” to keep the terrorism panel, Engel told me, whereas there is no end to the Trump foreign-policy scandals that his members are pushing to investigate. “We just thought, if we’re going to do something relevant in this era where Congress is going to reassert itself, where there are so many questionable activities of this Administration vis-à-vis foreign policy, that it made sense to have this.” Trump, in other words, is a bigger threat than terrorism. At least for now.”

“Foreign Affairs is not exactly an investigative sort of committee. In a different political moment, Engel’s top priority might be to hold hearings on the escalating conflict between Russia and Ukraine, or China’s increasingly hostile posture toward its neighbors, or the failures of American strategy in Afghanistan. Engel, who has represented the Bronx and parts of Westchester County in Congress since the late nineteen-eighties, is a relatively hawkish Democrat. He supported the 2003 invasion of Iraq, though he later regretted it, and has long focused on human rights and U.S. policy toward its neighbors in the Western Hemisphere.”

“But this is not the moment for such subjects. Those international crises will undoubtedly soon come up in Engel’s committee. They will not, however, top its agenda, which will be dominated, as so many other areas of our public life now are, by President Trump’s uniquely chaotic and unsettling approach to the rest of the world. Engel told me that he sees Trump as a practitioner of “fly-by-the-seat-of-your-pants diplomacy” whose erratic approach to foreign policy escaped any real accountability during the past two years of Republican “rubber stamp” rule on Capitol Hill.”

“I asked for a list of what Engel proposed to investigate. It was long, although, he assured me, by no means exhaustive, since the subcommittee’s chair and membership have not yet been finalized. No matter who holds the gavel, the investigation is certain to start with the question of what, exactly, Trump agreed to in his private meeting with the Russian President, Vladimir Putin, last summer. “It’s been many months since Helsinki, and we still don’t know what Putin and Trump talked about,” Engel said. He also pledged to look at “the business interests of the President” and the extent to which Trump’s financial dealings with places such as Russia and the Middle East have “affected what he’s done in foreign policy.” “That will be a big departure for a committee that typically examines policies, not people, and Engel will have to hold off other House committee chairs eager to encroach on what Engel views as Foreign Affairs’ turf. (Democratic sentiment on the Hill is such that “many other committees would love to poach some of our jurisdiction,” he told me.) But a probe of Trump, Inc., given the President’s tendency to conflate his personal interests with the national interest, now seems indispensable to the foreign-policy concerns of the day, whether it’s explaining Trump’s otherwise hard-to-fathom pro-Russia tilt or shedding light on his family’s pursuit of business deals with Middle Eastern figures who are also key to Trump’s geopolitical priorities. It’s “incumbent upon us to look at that,” Engel said.”

From there, the list of Foreign Affairs’ priorities includes North Korea and the matter of Trump’s falling “in love” with its dictator, Kim Jong Un; the killing of the Saudi dissident journalist Jamal Khashoggi and the Trump family’s close ties with the Saudi crown prince, whose aides appear to have carried out his execution; and the wild gyrations in Trump’s policy toward the long-running civil war in Syria, where Trump’s abrupt order, in December, to immediately withdraw the two thousand U.S. forces supporting the anti-regime Kurdish fighters led to the resignation of the Defense Secretary, James Mattis.

“It’s the first time in American history that a Secretary of Defense resigned in protest,” Engel reminded me. And yet, in the weeks since Mattis quit, Trump and his Administration have begun to pretend that there was no such order for a hasty exit after all. “Fake news,” Secretary of State Mike Pompeo told reporters on Thursday, while on a weeklong Middle East tour designed to reassure allies who were unsettled by Mattis’s departure and the uncertainty about American strategy in the region going forward. “There’s no contradiction whatsoever.”

The Washington circus, especially at this moment, is both all-consuming and inward-looking, and it can be shockingly easy to forget how much of an impact the disruptions of the Trump era are having on the rest of the world. As I spoke with Engel on Wednesday, the U.S. government was 18 days into a partial shutdown, with Trump and the newly Democratic House of Representatives at an impasse over funding for the President’s proposed wall at the southern U.S. border. The interview took place the morning after Trump’s crisis-at-the-border Oval Office address, the first of his Presidency, and a few hours before Trump would walk out of a meeting with Democrats at the White House, which he had convened to end the standoff.” 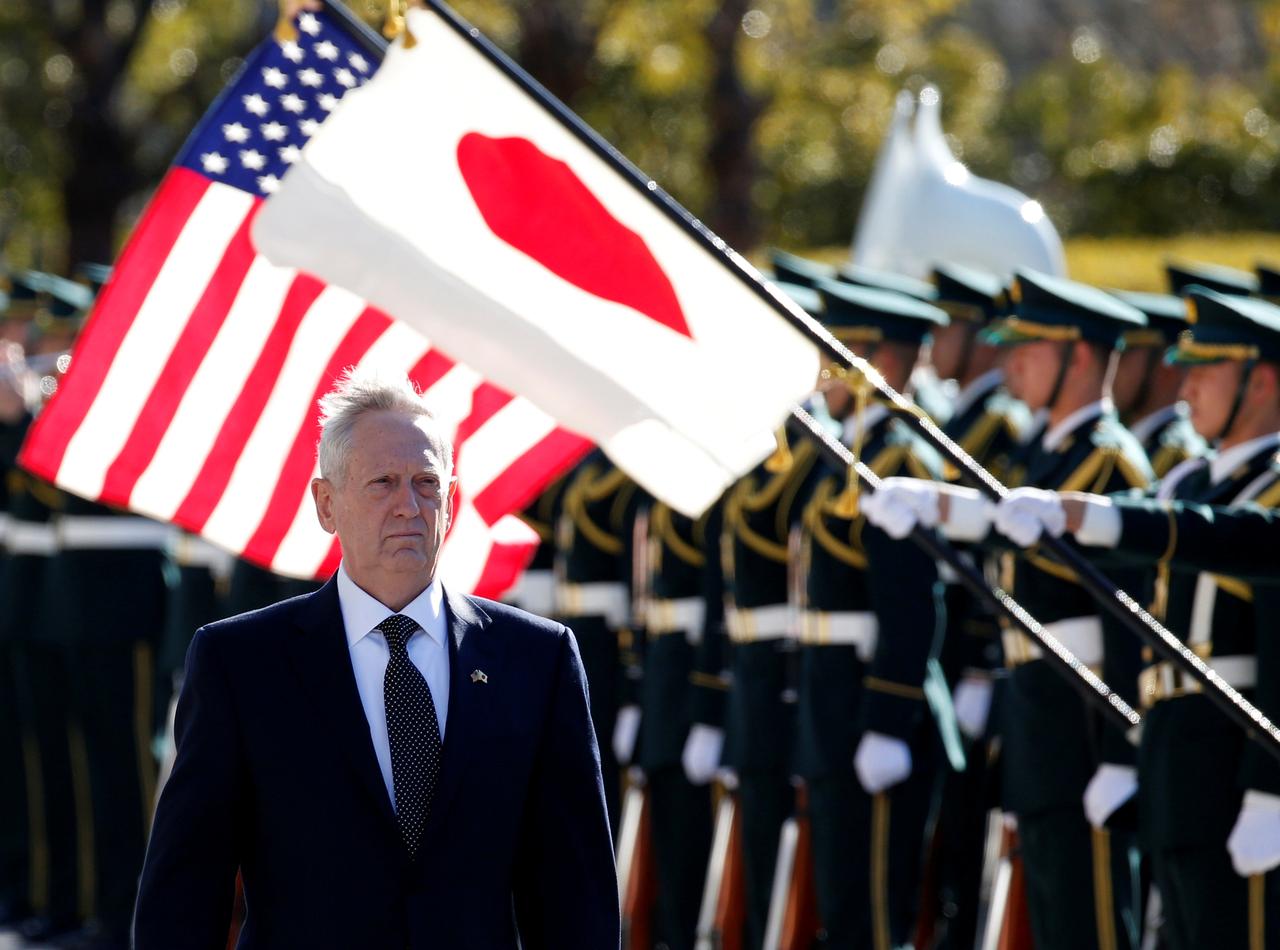 “Hundreds of thousands of government workers have been told to stay home or are working without pay. The streets of the Capitol are empty, and a cab ride to the Hill that normally takes half an hour has been reduced to minutes. The State Department bureaucracy is on furlough, too, along with food inspectors and Justice Department lawyers and Coast Guard employees. In the absence of substantive negotiations, and with Trump threatening to unilaterally declare a national emergency and build the wall anyway, the leaders of the world’s most powerful nation were arguing for much of Wednesday and Thursday over whether Trump slammed the table before storming out of his meeting with the Democrats or simply exited after throwing his hands up in the air and proclaiming, “Bye-bye.” “I don’t throw temper tantrums,” Trump tweeted on Thursday. He elaborated to reporters, “I didn’t slam the table, I didn’t slam the table.”

The world, however, hasn’t stopped spinning on its axis, and, out there, American power has rarely looked so vulnerable, dysfunctional, contradictory, and outright confusing. Such worries have consumed many American allies from the start of the Trump Presidency, and they have now become a reality with the abrupt resignation of Mattis, whose scathing letter to Trump upon quitting warned explicitly about the possible damage to “alliances” and America’s standing in the world.” “Last spring, after Trump fired his first Secretary of State and second national-security adviser, the retired general Barry McCaffrey told MSNBC that the exit of the respected Secretary of Defense would, as the host Chuck Todd put it, “bring down the Trump Administration.” McCaffrey said, “If you try and push out Mattis . . . I think the Republican leadership would finally say, ‘Whoa, now we’re in trouble.’ I don’t think it’s going to happen. If it does, we’re in trouble.”

Well, on December 20th, it happened. But the Republican leadership has not risen up against Trump. The national-security establishment has not quit in droves, even if a couple of senior State Department officials have followed Mattis out the door. The President’s poll numbers haven’t collapsed, and the members of the G.O.P. in Congress who once said that Mattis was the only thing standing between Trump and utter chaos confined their protest over his departure to a few mildly critical cable-TV appearances and newspaper op-eds.

Link to report: The International Crisis of Donald Trump