Whoops! No wonder the republican President Donald Trump and his GOP partners in the US Congress are hard at work to keep a presidential promise, the building of the president’s US SW border wall. This pledge is important to the president’s base of anti-immigration hardliners who are supporting him on this issue.

But, the president is certainly not delivering on his campaign promise to increase coal mining jobs.

“More U.S. coal-fired power plants were shut in President Donald Trump’s first 2 years than were retired in the whole of Barack Obama’s first term, despite the Republican’s efforts to prop up the industry to keep a campaign promise to coal-mining states.”

“Trump has tried to roll back rules on climate change and the environment adopted during the Obama administration to fulfill pledges to voters in states like West Virginia and Wyoming.”

“The number of U.S. coal plants has continued to decline every year since coal capacity peaked at just over 317,400 MW in 2011, and is expected to keep falling as consumers demand power from cleaner and less expensive sources of energy.”

“Cheap natural gas and the rising use of renewable power like solar and wind have kept electric prices relatively low for years, making it uneconomic for generators to keep investing in older coal and nuclear plants.” 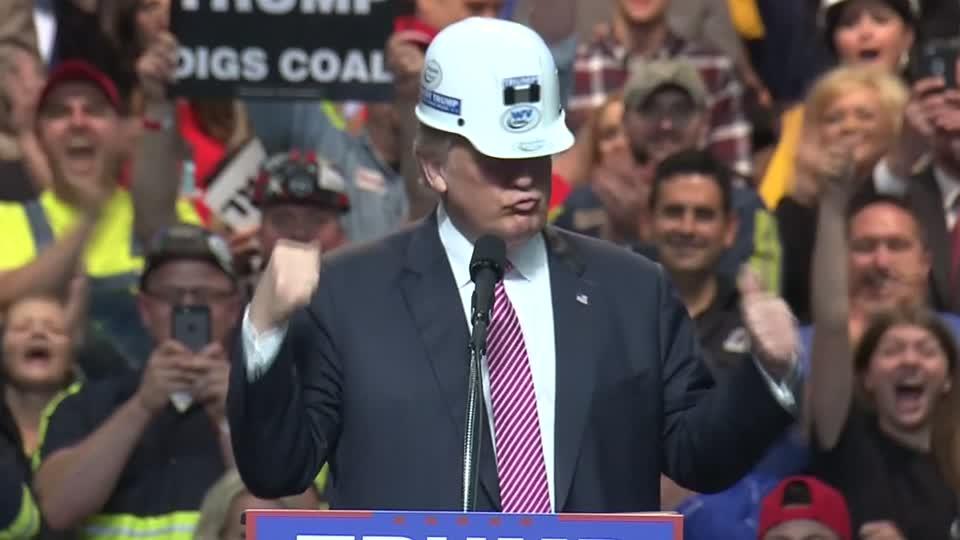 “Since taking office in January 2017, the Trump administration has announced its intention to leave the 2015 Paris Agreement on climate change and is relaxing Obama-era rules on emissions from power plants as it seeks to boost domestic production of oil, gas and coal.”

“U.S. emissions of carbon dioxide, the main greenhouse gas, spiked in 2018 after falling for the previous three years as cold weather spurred gas demand for heating and the booming economy pushed planes and trucks to guzzle fuel, according to a study by Rhodium Group, an independent research group.”

“There will be a limit to what increasingly cheap renewable power and continuously cheap natural gas can deliver with respect to emissions reductions,” said John Larsen, a director at Rhodium Group who leads the firm’s power sector research, noting the rising use of gas to produce power as coal plants shut. Natural gas emits about half the carbon as coal.”

“The Trump administration has also tried to slow the retirement of coal and nuclear plants through a directive in 2017 from Energy Secretary Rick Perry to subsidize the aging units because they make the electric grid more resilient.”

“That plan was bashed by advocates for gas, renewable power and consumers and unanimously rejected by the U.S. Federal Energy Regulatory Commission (FERC), led by former Chairman Kevin McIntyre. The plan could resurface now that Trump has a chance to replace McIntyre, who died on Jan. 2.”