Thanks to the right wing punditry of Ann Coulter, Rush Limbaugh, and FOX TV pundits’ out sized influence over the republican President Donald Trump, they were able to goad him into forcing the longest ever 2019 US government shutdown, in US history as he backed out of a pre-agreed upon budget deal with US senators, on the 18th of December 2018, over their inadequate funding for his US SW border wall.

President Trump made the demand for $5.7 billion dollars for his wall even though for the past 2 years of 2017, 2018, when there were Republican Party majorities in both congressional  houses, and where most of them ( 3 out of 4 Republican Party members ) discounted the efficacy of wall at the US southern border, his own GOP lawmakers were never able to budget for more than $1.6 billion dollars for his wall. So, in 2019, the consequence of the president’s demands with no heads up to anyone, has been the current 2019 government shutdown. 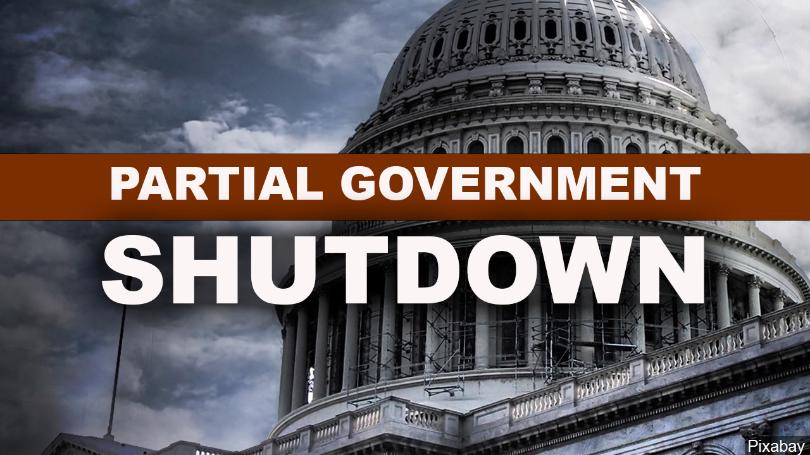 On  January 24, 2019, a low key former educator, Democratic Party Senator from Colorado, Senator Michael Bennet had just finished listening to the Republican Tea Party Senator Ted Cruz pontificate on how the Democrats were responsible for the government shutdown and for the Coast Guard agents having their pay delayed during the US longest running government shutdown in US history with no end in sight, when he lost it.

There’s some history here. As per the 9/24/13 Politico report by Burgess Everett, “Ted Cruz finally released his grip on the Senate floor after more than 21 hours of speaking about the need to defund Obamacare.”

“The Texas Republican seized control of the Senate floor vowing to “speak in support of defunding Obamacare until I am no longer able to stand.” Cruz could have spoken all the way up to a 1 p.m. procedural vote on moving spending bill forward, but he relented at noon.” This is when he read out loud the Dr. Seuss Green Eggs and Ham story out loud. Eventually, he was the one who solo mio pushed for a 16 day government shutdown in 2013, over the issue of defunding Obamacare at a time when the State of Colorado was undergoing a state of emergency with mass flooding.

As per a 9/9/2018 Denver Post, “The boards were dumped in this neighborhood 50 miles northeast of Denver by torrents of water that surged from the Little Thompson River five years ago this week, during what is now deemed the state’s costliest natural disaster. The detritus behind his house reminds Vega each day of the struggle he endured trying to come back from the flood of 2013 — blamed for taking nine lives, destroying 1,852 homes and causing $4 billion in damage across two dozen Colorado counties.” 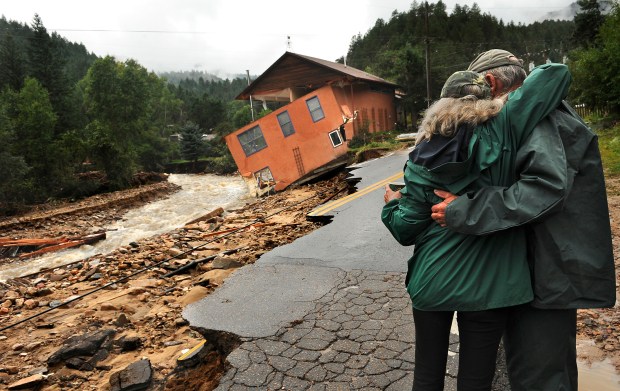 Can you imagine peoples trying to access emergency funds during the 2013 US government shutdown?

After listening to Senator Cruz with this past history, Senator Michael Bennet headed to the podium, and he let go of years of pent up fury, regarding his colleague, Senator Ted Cruz, who had it coming. This is a must watch video.

“I seldom, as you know, rise on this floor to contradict somebody on the other side. I’ve worked very hard over the years to work in a bipartisan way with the presiding officer and with my Republican colleagues, but these crocodile tears that the senator from Texas is crying for first responders are too hard for me to take,” Bennet said. “They’re too hard for me to take. Because when you, when the senator from Texas shut this government down in 2013 my state was flooded. It was underwater. People were killed. People’s houses were destroyed. Their small businesses were ruined forever. And because of the senator from Texas, this government was shut down, for politics.” 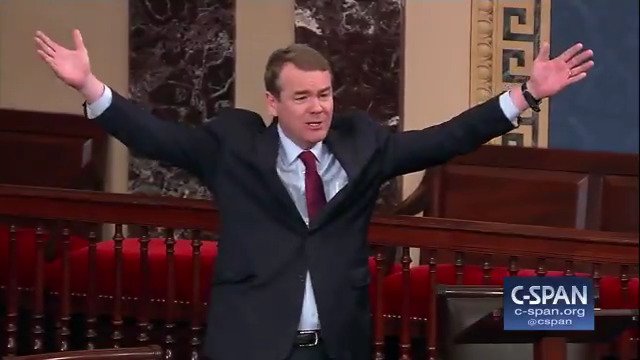 .@SenatorBennet responds to @Sentedcruz: “These crocodile tears that the Senator from Texas is crying for first responders are too hard for me to take.”

“Bennet delivered his remarks moments after Cruz had placed the blame for the latest government shutdown solely on Democrats and criticized the party for not approving a measure to fund the salaries of members of the U.S. Coast Guard.” 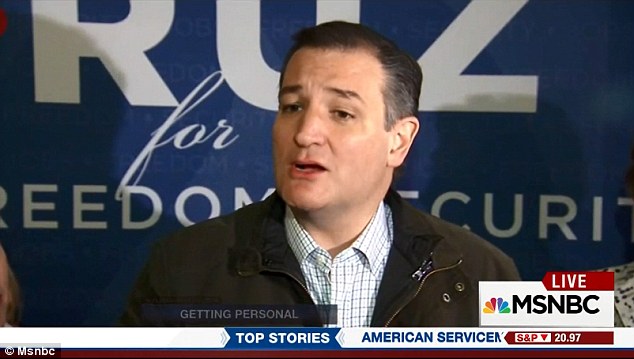 “In 2013, Cruz, then a freshman senator, forced a 16-day government shutdown in a failed attempt to defund the Affordable Care Act. Cruz received widespread criticism for his political gambit, which was punctuated by a 21-hour filibuster during which he read the Dr. Seuss story “Green Eggs and Ham” on the Senate floor. The shutdown made Cruz a star among hardline conservatives but helped alienate him from his colleagues, earning him the unofficial title of the most disliked member of the Senate.”

“Bennet’s boiling point on Thursday (1/24/19) drew both on Cruz’s history with government shutdowns and on Democratic anger that Trump’s demand for a wall was the singular issue that brought about the stalemate.” “Now it’s his business, not my business, why he supports a president who wants to erect a medieval barrier on the border of Texas,” Bennet said of Cruz and Trump. “Who wants to use eminent domain to build that wall, who wants to declare an unconstitutional emergency to build that wall. That’s the business of the senator from Texas. I can assure you that in Colorado if a president said he was going to use eminent domain to erect a barrier across the state of Colorado, across the Rocky Mountains of Colorado, he was going to steal the property of our farmers and ranchers to build his medieval wall, there wouldn’t be an elected leader from our state that would support that idea. Which goes to my final point, how ludicrous it is that this government is shut down over a promise that the president of the United States couldn’t keep, and that America is not interested in having him keep. This idea that he was going to build a medieval wall across the southern border of Texas, take it from the farmers and ranchers that were there and have the Mexicans pay for it isn’t true. That’s why we’re here.”

Returning to the microphone after Bennet’s speech, Cruz remarked that the Colorado senator had “spent a great deal of time yelling.”