In December 2018, the republican President Donald Trump in a televised meeting with Democratic leaders went on the record to brag about how he’d be proud to shutdown the US government over the US Congress failing to allocate sufficient funds to build about 200 miles of a wall on the US SW border.

Incidentally, no one has been able to pin down the president as to where he plans to build 200 miles of a wall out of 700 plus which would require a minimum of $20 billion dollars.

The president had been threatening a government shutdown due to insufficient funding for his wall in 2017 and 2018, however,  cooler heads had been able to restrain him from acting.

But it appears that in December 2018, right wing pundits put the fear of God into President Trump about how he would lose the backing of his super loyal base of voters if he didn’t demand the funding required to build the promised US SW border wall. The president’s base are what give the president his power to keep GOP lawmakers in line because his base would turn on them on a dime if they didn’t comply with his demands.

With the democrats becoming the majority party in the US House of Representatives in January 2019, the president decided to take action by making a demand, that he had to know had no chance of being agreed to, with the assistance of votes by democrats.

President Trump finally got his government shutdown tied to the lack of funding for his wall starting on the 22nd of December 2018 with no end in sight.

The harm done to the 800, 000 plus public servants who have been forced to have their paychecks delayed with over a million government contracted workers having to forgo their pay, has been incalculable. The ripple effect permeates every part of this country to where the American peoples have been placed at greater risk which is real, versus the made up crisis that the president promotes about how brown colored refugees legally seeking asylum, are invading the US southern border as he falsely paints them as jihadists, criminals, rapists, drug pushers etc.

Finally, on the 24th of January 2019, the GOP Senate lawmakers blew up at its leadership over this government shutdown.

On January 24, 2019, Sean Sullivan and Paul Kane of the Washington Post penned the following report, ‘This is your fault’: GOP senators clash over shutdown inside private luncheon”

“Republican senators clashed with one another and confronted Vice President Pence inside a private luncheon on Thursday, as anger hit a boiling point over the longest government shutdown in history.”

“This is your fault,” Sen. Ron Johnson (R-Wis.) told Majority Leader Mitch McConnell (R-Ky.) at one point, according to two Republicans who attended the lunch and witnessed the exchange.”

“Are you suggesting I’m enjoying this?” McConnell snapped back, according to the people who attended the lunch.”

The people who attended the lunch spoke on the condition of anonymity to describe a closed-door session.”

“The argument was one of several heated moments in a lunch that came just before the Senate voted on the opposing plans to end the shutdown offered by President Trump and Democrats.” 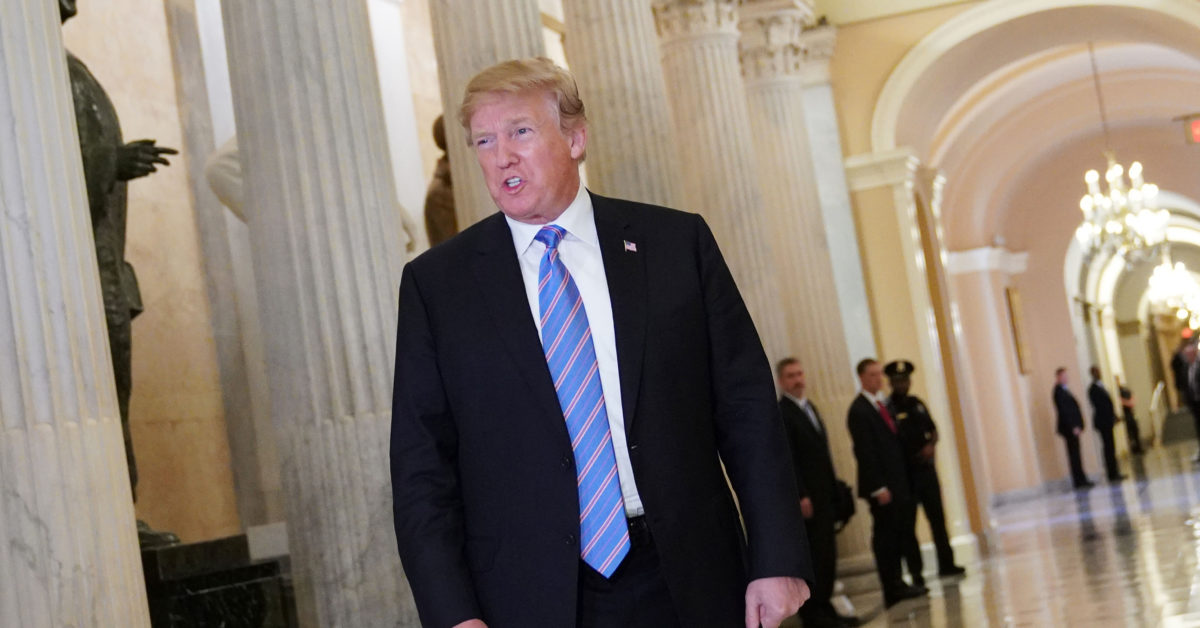 “The outbursts highlighted the toll the shutdown has taken on Republican lawmakers, who are dealing with growing concerns from constituents and blame from Democrats, all while facing pressure from conservatives to stand with Trump in his demand for money to build a wall on the border with Mexico.”

The votes the Senate cast on Thursday (1/24/19) were the first on the shutdown since it began Dec. 22, with McConnell and other GOP lawmakers previously refusing to vote on anything this year unless it had Trump’s approval — a policy that has drawn widespread criticism.”

“The day ended with some limited signs of progress. After the votes, McConnell and Senate Minority Leader Charles E. Schumer (D-N.Y.) engaged in a face-to-face negotiation that senators hoped would lead to a solution in the near future.”

“The first proposal, which Trump put forward, would have allocated $5.7 billion for wall funding in exchange for temporary protections for some immigrants. Only one Democrat voted for it. Two Republicans rejected the plan.” “One of the Republicans, Sen. Mike Lee (Utah), also spoke out in the lunch. He explained that if Thursday’s votes were merely a party-line exercise, there should be more changes to the nation’s asylum laws, according to one of the people who attended the lunch. Lee also expressed concerns about getting assurances for votes on his amendments.”

“Six Republicans broke ranks to vote for the Democratic plan, which would have reopened shuttered government agencies through Feb. 8, without any wall money. Among them was Sen. Mitt Romney (R-Utah), who explained in the lunch why he planned to vote for both bills.” 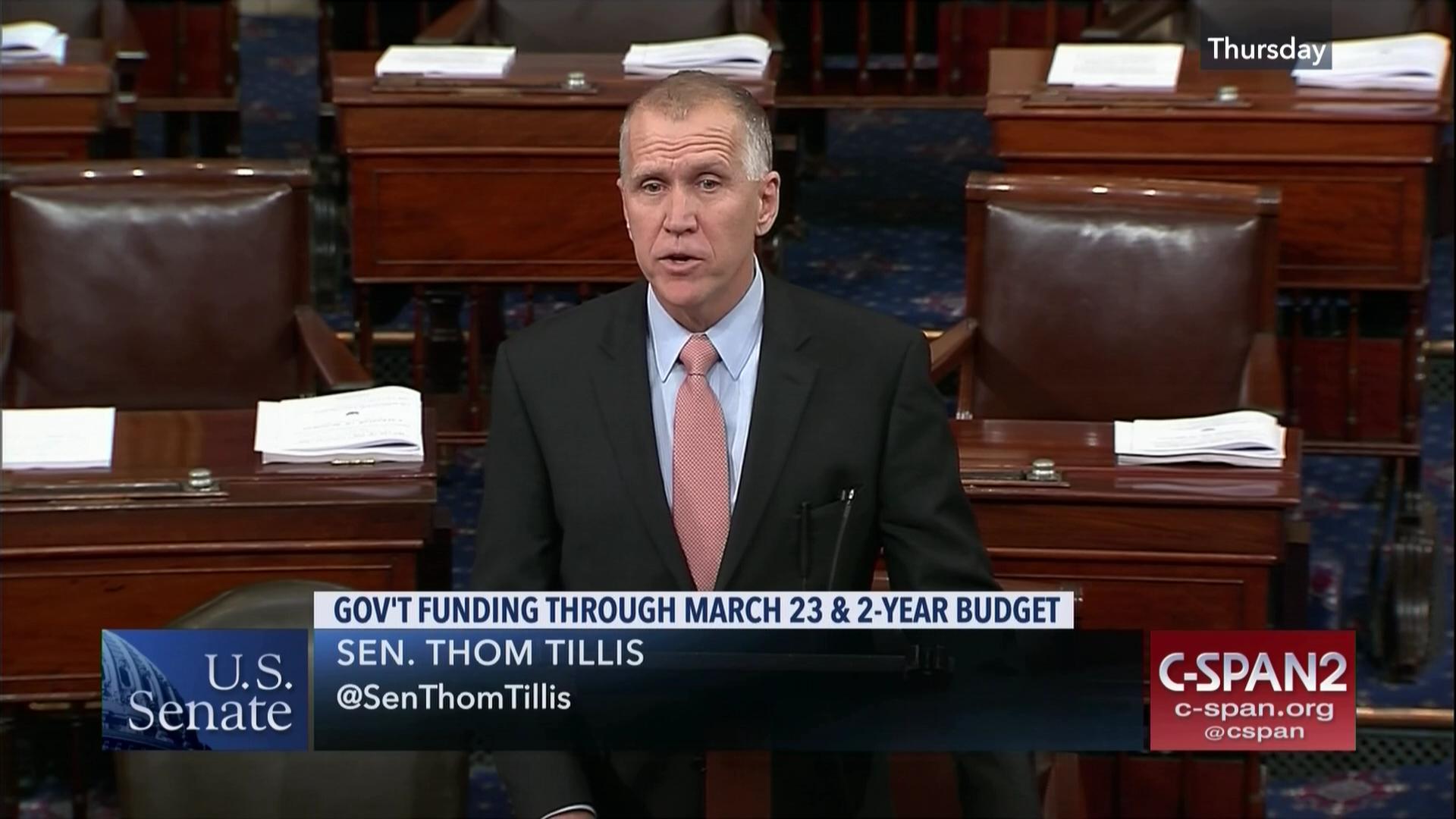 “Sen. Thom Tillis (R-N.C.), who voted for Trump’s bill but opposed the Democratic plan, started to interrupt him and Romney snapped back, according to one of the people who attended the lunch and another person familiar with it. The exchange was lively but not particularly angry, they said.”

“Senators also voiced their concerns about the shutdown directly with Pence, who was in attendance.”

“Nobody was blaming the president,” said Sen. John Cornyn (R-Tex.), speaking about the lunch to reporters afterward. “But there was a lot of frustration expressed about the situation we find ourselves in.”

“Also during the lunch, McConnell made clear to Pence and others in the room that the shutdown was not his idea and was not working. According to Republicans familiar with his comments, he quoted a favorite saying that he often uses to express his displeasure with government shutdowns: “There’s no education in the second kick of a mule.”

“McConnell started using that saying after the 2013 shutdown, which lasted 16 days (over Sen. Cruz’s attempt to kill Obamacare) and ended after the public largely blamed Republicans.”

Link to entire report: This is your fault‘: GOP senators clash over shutdown inside private …