“During the week of February 4, 2019, the Acting Attorney General Matt Whitaker who’s about to be replaced by the newly confirmed Attorney General William Barr by end of February 2019, decided to play chicken with the US House Judiciary Committee, where he has been expected to testify on the 8th of February 2019. He announced that he would not appear before Congress on Friday (2/8/19) without assurances that he won’t be subject to a surprise subpoena — giving Democrats a deadline of 6 p.m. Thursday (2/7/19) to respond.”

But the House Judiciary Committee Chairman Rep. Nadler is already sitting on a resolution to issue a subpoena in the event the Acting AG Whitaker is not forthcoming with answers to questions at the hearing.

When I first heard Mr. Whitaker proclaim his ultimatum, my quick response was to just subpoena his rear end, end of story. But upon further research it turns out the House’s subpoena doesn’t have much bite. Mr. Whitaker could challenge the subpoena to where it could wind its way in the court system for up to 3 years.

Rep. Nadler’s final counter move was to formally assure Mr. Whitaker that as long as he answers the questions presented to him by the committee members on (2/8/19), that a subpoena will not be issued.

Now, we wait to see what happens. 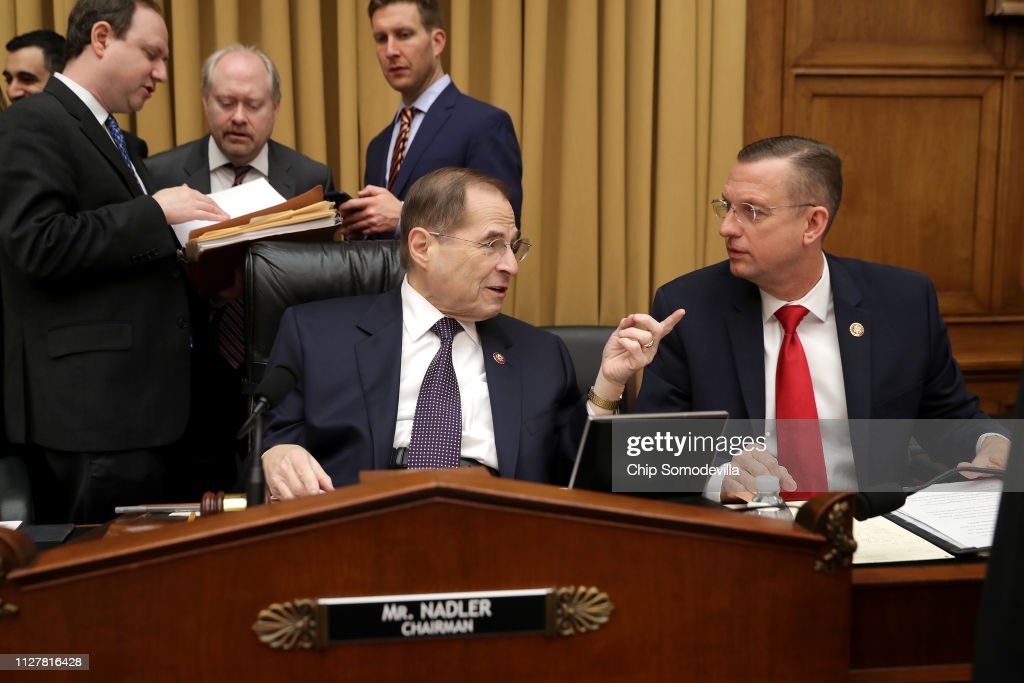 On February 7, 2019, the website for the US House Judiciary Committee has posted a letter signed by its, Rep. Nadler:

“This resolution is important, although I hope not to have to use it.  It authorizes the issuance of a subpoena to Acting Attorney General Matthew Whitaker to compel both his appearance and his cooperation at tomorrow’s (2/8/19) Department of Justice Oversight hearing.

“The resolution does not cause the subpoena to be issued.  I hope and expect that this subpoena will not be necessary—but unfortunately, a series of troubling events over the past few months suggest that we should be prepared. 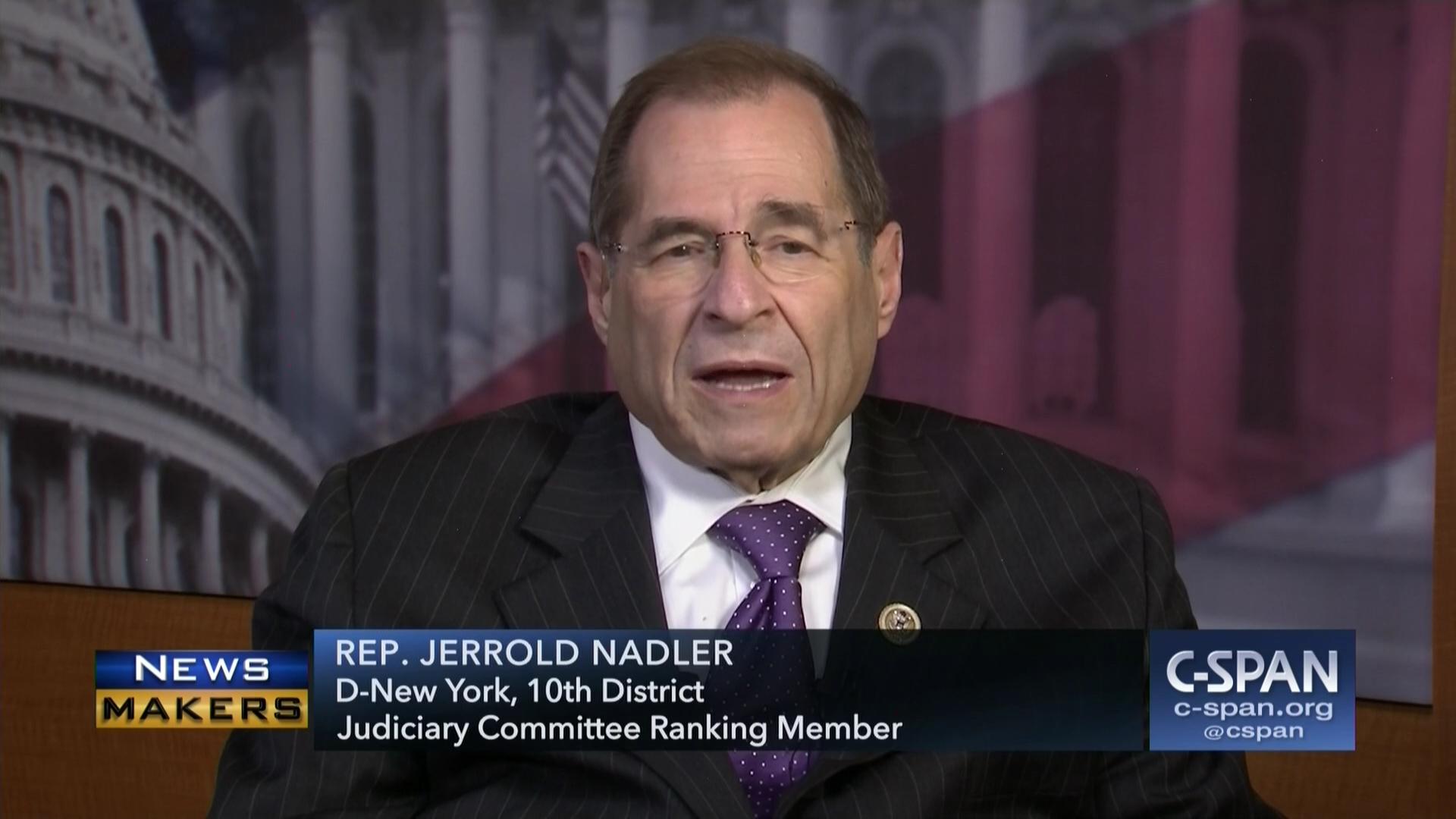 On February 7, 2019, Karoun Demirjian and Devlin Barrett of the Washington Post penned the following report, “Whitaker says he won’t testify unless Democrats drop their subpoena threat”

“Acting Attorney General Matthew G. Whitaker said he will not appear before Congress on Friday without assurances that he won’t be subpoenaed — giving Democrats a deadline of 6 p.m. Thursday to respond.”

“Whitaker’s move came shortly after the House Judiciary Committee voted along party lines to give its chairman the authority to subpoena Whitaker’s testimony, should he not appear or answer lawmakers’ questions.”

“The confrontation highlights efforts by Democrats to assert their newfound control of the House of Representatives as a check on the Trump administration’s power, and the administration’s determination to push back against congressional investigations decried by the president. However the Whitaker subpoena standoff ends, it may set the tone for months or years more of wrangling between the White House and congressional Democrats.”

[Read the Justice Department’s letter to the House Judiciary Committee]

On February 7, 2019, Jen Kirby of VOX penned the following report, “The showdown between Democrats and Acting Attorney General Matthew Whitaker, explained”  (“Whitaker is refusing to testify before the House Judiciary Committee on Friday if he’s subpoenaed.”)

“The controversy surrounding the appointment of acting Attorney General Matthew Whitaker has worn off in recent weeks, with the confirmation of a permanent attorney general expected soon and the special counsel investigation apparently intact.”

“Democrats on the House Judiciary Committee still have a lot of questions for Whitaker, which they planned to ask on Friday (2/8/19), during the first high-profile oversight hearing into the Trump administration since Democrats retook the majority.” “But now, after some last-minute drama, it’s not even clear the hearing will happen.”

On Thursday (2/7/19), the House Judiciary Committee authorized a subpoena for Whitaker, which Chair Rep. Jerrold Nadler (D-NY) said he would use only if Whitaker refused to answer the committee’s questions.”

“But Whitaker fired back, saying through a letter from the Justice Department that he would not testify at all if the committee issued a subpoena. The DOJ demanded a response, in writing, by 6 pm Thursday (2/7/19).” 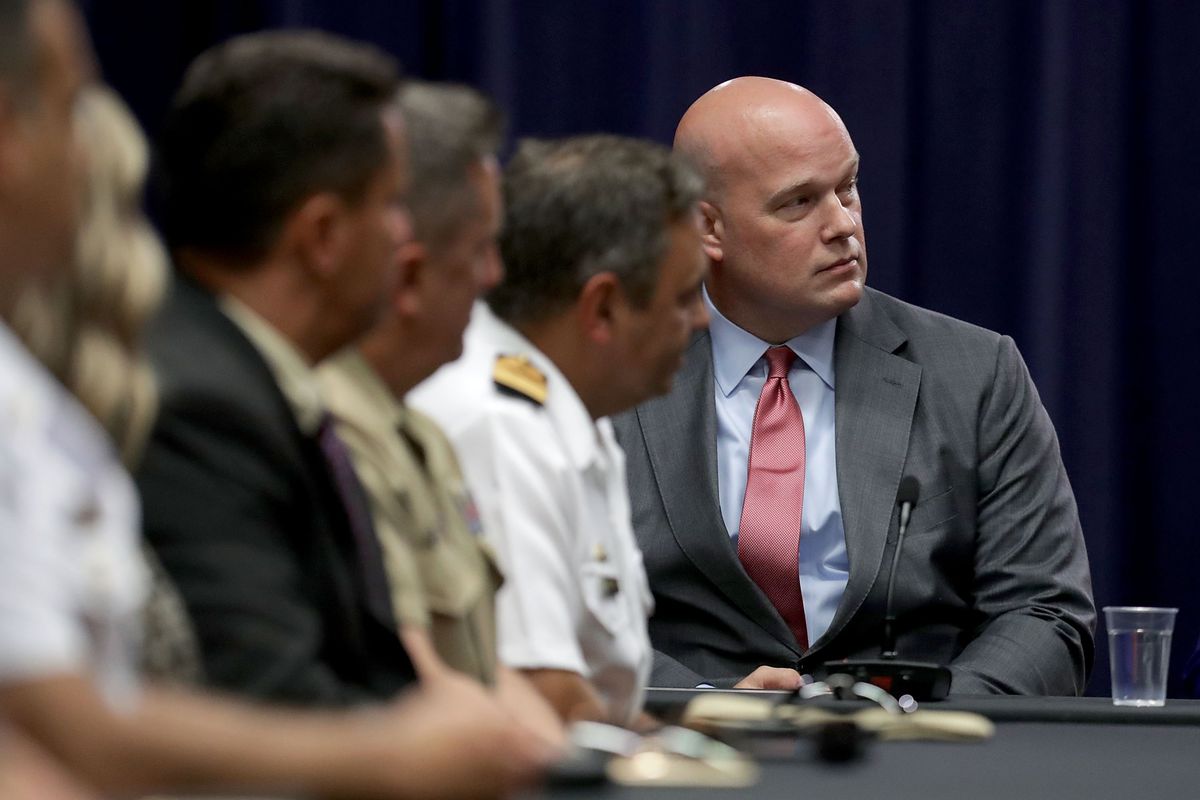 “Whitaker took over the Justice Department as acting attorney general after President Donald Trump forced out Jeff Sessions in November. The move stirred up a slew of controversy, as Whitaker had publicly criticized the Mueller investigation into Russian interference in the 2016 election before joining the DOJ, and Trump bypassed the DOJ’s order of succession to appoint Whitaker to the job.” “Democrats pushed for Whitaker to recuse himself from the Mueller investigation, but he declined to do so. Many feared Whitaker would try to curtail the Russia probe, though so far, those concerns appear unfounded — just look at the Mueller plea with former Trump attorney Michael Cohen and the charges against longtime Trump associate Roger Stone.”

“But Democrats still want to find out how — and why — Whitaker was appointed, and what conversations he’s had with the White House before and during his time as acting attorney general about the Mueller investigation. And they’re clearly prepared to use subpoena power if Whitaker doesn’t cooperate.” 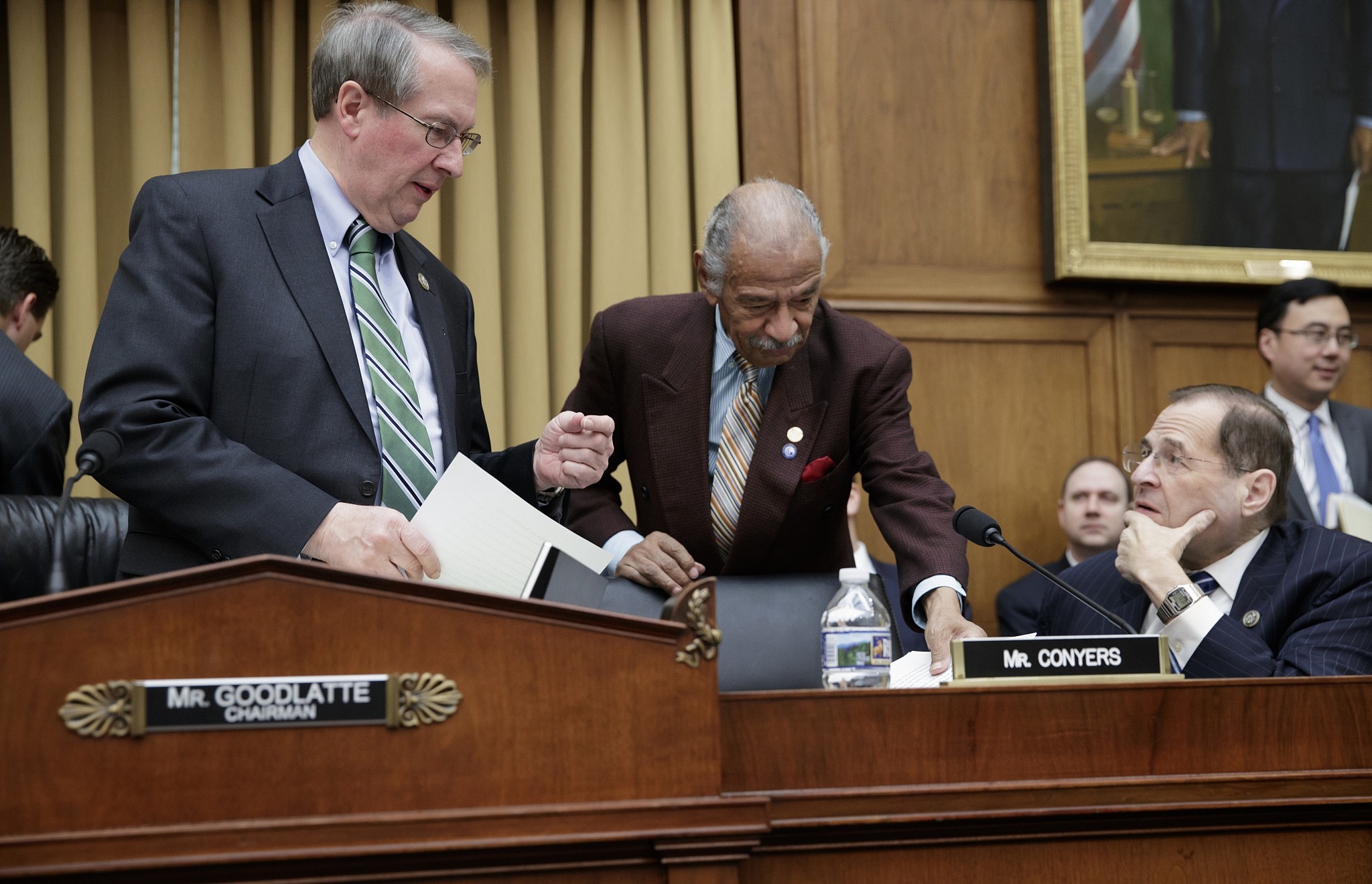 “Democrats wanted to show Whitaker — and, by extension, the Trump administration — that they’re serious about using their investigative powers and they’re willing to compel testimony if necessary. Democrats also authorized the subpoena through a committee markup, which allows both Democrats and Republicans to debate and weigh in, rather than Nadler unilaterally issuing a subpoena without consulting his committee members on both sides of the aisle.”

“Still, Republicans strongly object to the resolution. Ranking member Rep. Doug Collins (R-GA) called it “political theater,” and other GOP lawmakers called the resolution an overreach since Whitaker had agreed to testify voluntarily. “

“Democrats wanted to authorize the subpoena as an option of last resort — but it may have backfired. The DOJ responded with its own letter after the committee vote, saying Whitaker would refuse to appear for the hearing on Friday if the House Judiciary Committee issued a subpoena. The DOJ demanded a response, in writing, by 6 pm Thursday that Democrats would stand down.” 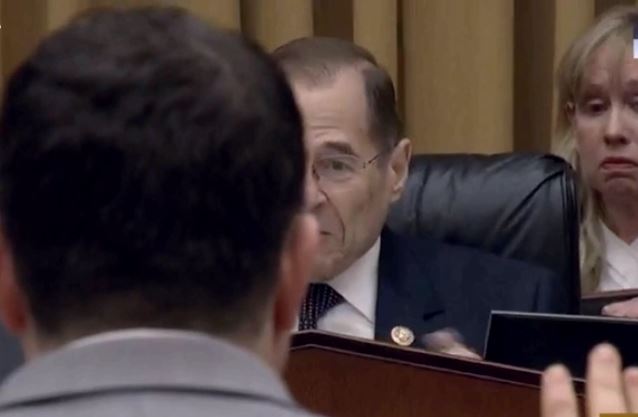 “The letter, which was signed by Assistant Attorney General Stephen Boyd, also objected to Nadler’s January 22 request of getting advance warning on questions of executive privilege. Boyd indicated that Whitaker wouldn’t answer questions about communications between him and the president — and that it would inappropriate for him to do so.”

“The DOJ did say, however, that Whitaker would answer questions about how the DOJ has “discharged his responsibilities” during his tenure, and would testify that “at no time did the White House ask for, or did the Acting Attorney provide, any promises or commitments concerning the special counsel’s investigation.” It also said Whitaker would respond to questions about his decision not recuse himself from the Mueller probe.” 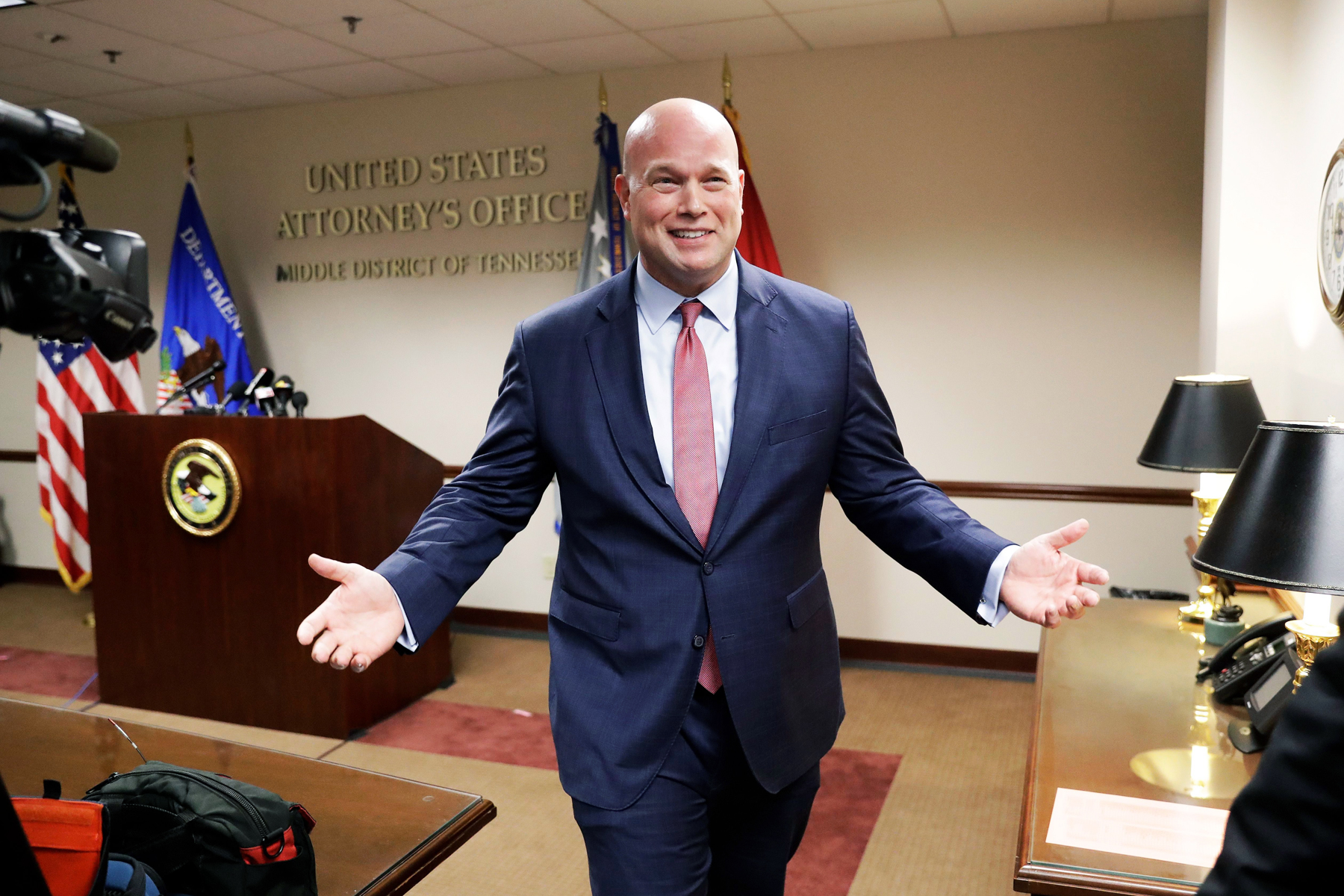 “If Whitaker doesn’t appear voluntarily, then Nadler has said he will go ahead and issue the subpoena. But that means the hearing definitely won’t happen on Friday — and it could mean a potential court battle that would delay Whitaker’s testimony for months. It would almost certainly happen after Barr assumes the role of attorney general, and it would make Whitaker’s testimony far less compelling — and potentially allow him to escape some scrutiny about his recusal decisions, presidential conversations, and more.”

“This last-minute clash between the DOJ and the House Judiciary Committee is almost certainly a very early preview of the battle that’s to come between Democrats and the Trump administration.”