The republican President Donald Trump has gone and done it. On the 15th of February 2019, President Trump has agreed to sign off on the budget agreed to by the US Congress avoiding another US government shutdown but he has decided to declare a ‘National Emergency’ to use reallocated taxpayer monies to fund his SW border wall to the tune of an additional $6.5 billion for something that is a non emergency. He even started off this announcement with the words “I didn’t have to do it, but…

It’s the US House which appropriates taxpayer monies which the president has acted to usurp. Of course this action will be challenged in the US courts, but this high risk tactic should have been avoided as it sets a dangerous precedent.

See: What exactly is a national emergency? Here’s what that means … 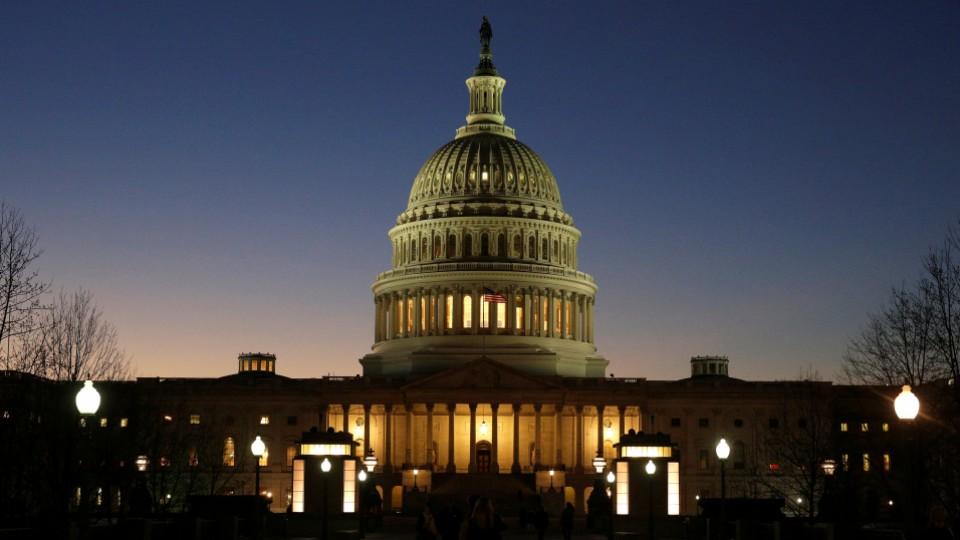 So why are too many of the GOP lawmakers going along with the president’s plan even though they know better? It’s because they are afraid of him. There’s a reason that the president wants to keep his coalition of voters happy as they are his power base. The GOP ‘dark money’ donors have been backing this president versus other more competent and qualified conservatives because of his lack of conscience. He can be counted on to not care about doing what’s right or for being hindered from acting on their behalf by minor details, like the US national security interests.

These ‘dark money’ GOP donors pushed hard for the 2017 GOP tax cuts bill, the regulation reforms, especially those related to the fossil fuel industry, and the placement of conservative justices on the US federal courts’ system and the US Supreme Court who tend to rule in favor of corporate interests while backing Evangelicals’ wish to limit women’s access to legal abortions and LGBTQ rights. They were the ones screaming for the demise of Obamacare in December 2017 where they were just one US senate vote shy of succeeding.

This faction of  GOP ‘dark money’ donors has joined up with a coalition of voters, including the anti-immigration zealots; Evangelicals as the anti-climate change science, anti-abortion and anti-LGBTQ rights crowd; the racists which include those who are the anti-Semitics and anti-Muslim: and the NRA second amendment enthusiasts to back President Trump.

As per OpenSecrets.com, “The pernicious effect of “Dark Monies” in the fabric of US politics has ballooned following the 2010 US Supreme Court ruling in the case of Citizens United v FEC.  The SCOTUS justices held : “Political spending is a form of protected speech under the First Amendment, and the government may not keep corporations or unions from spending money to support or denounce individual candidates in elections.” (In many instances, they can finance political campaigns, anonymously.) 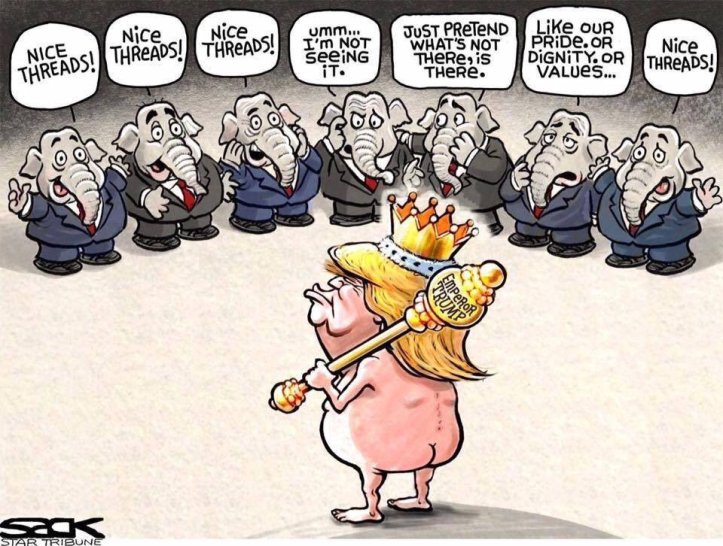 For those GOP lawmakers in the US Congress who choose to confront the president, they are subject to a twitter attack by the complaining president’s base of activists, finding that the spigot of monies from these GOP ‘dark money’ donors has been turned off, and where these donors back another candidate when the recalcitrant GOP member is up for reelection.

This paradigm explains why the GOP lawmakers in the US Congress will not bother to develop legislation to block the president from taking this ‘unconstitutional’ step to declare a “National Emergency”  when by any objective measure, there is no national security issue at the US SW border. It will be the Democratic Party House Speaker Nancy Pelosi, the leader of the new majority of democratic legislators in the US House of Representatives who will be attempting to draft a bill to stop the president. These GOP sycophants in the US Congress would be up in arms if the Democratic Party President Barack Obama had done likewise, proving that they have been transformed into eunuchs.

I rarely agree with the far right pundit Anne Coulter but this time, I couldn’t agree more. As per the 2/15/19 Daily Beast report, “The president “mandate,” Coulter said, was the build the wall. And even though that’s what he plans to do by declaring a national emergency, she’s not happy about it. “The only national emergency is that our president is an idiot,” she said.”

My million dollar question regarding his extraneous comments as he declared his ‘National Emergency” is: “Do you think that the Japanese Prime Minister Abe Shinzo will back or deny the president’s claim that PM Shinzo has recommended that he be awarded the ‘Nobel Peace’ prize or will its officials say, ‘no comment?’ 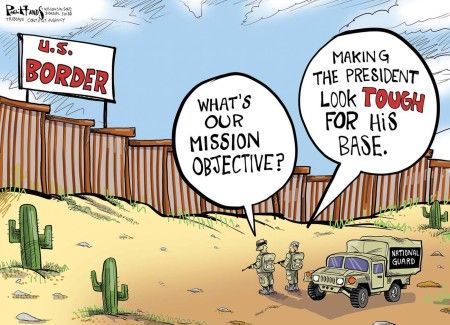 “President Trump on Friday (2/15/19) declared a national emergency in a move designed to circumvent Congress and build additional barriers at the southern border, where he said the United States faces “an invasion of our country.”

“Trump is seeking to secure about $6.5 billion more in funding through executive action than Congress approved in a bill passed Thursday to avert another partial government shutdown. In a Rose Garden news conference, Trump did not mention of signing the bill, but his acting chief of staff told reporters he intends to.”

“Many of Trump’s Republican allies have called a national emergency ill-advised, and Democrats immediately called the move unconstitutional and vowed to fight it legislatively or in court. Trump also faced criticism for seeking to divert money from military construction and drug interdiction programs to pay for the border barriers.”

“The emergency declaration is expected to face an array of other legal challenges.”