Those of us who have been following the FBI’s Trump-Russia probe being led by the Special Counsel Robert Mueller III have been waiting on the FBI’s sentencing memo against the republican President Donald Trump’s former campaign manager, Paul Manafort which was to be filed in the courts by midnight on the 22nd of February 2019.

There have been hints that Paul Manafort has been a key player in working with a Russian operative and former employee, Konstantin Kilminik who had worked with him for rears in Ukraine on behalf of pro-Russian interests, regarding any coordination between the president’s campaign team and Russia operatives to help President Trump attain his victory in 2016. 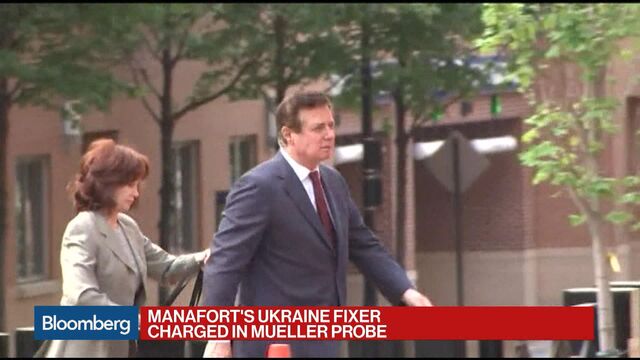 Finally this redacted public version of the sentencing memo against Paul Manafort and the sealed memo were filed sometime in the afternoon of the 23rd of February 2019. There was nothing new revealed in this latest filing regarding the Russian connection as part of the FBI’s Trump Russia probe. The sealed memo is only 800 pages.

As per a 2/23/19 Axios report, “Special counsel Robert Mueller has filed a sentencing memo for President Trump’s former campaign manager Paul Manafort. Mueller accuses him of “repeatedly and brazenly” breaking the law for over a decade, even after he was indicted.

“Based on his relevant sentencing conduct, Manafort presents many aggravating sentencing factors and no warranted mitigating factors.”

“Why it matters: Already, the 69-year-old Manafort faces a potential sentence of 19 to 24 years in his Virginia financial fraud case. The sentencing memo for Manafort’s D.C. case, which is more than 800 pages with attachments, relates to his lobbying on behalf of Ukraine and could play a significant role in Mueller’s broader investigation into ties between the Trump campaign and Russia.”

The FBI’s Special Counsel Robert Mueller’s 800 page memo, with much of it redacted, will prove to be invaluable, especially if the Department of Justice (DOJ) headed by the newly confirmed Attorney General William Barr decides to publicly share a very condensed version of the FBI’s final report on its Trump-Russian probe, expected to be delivered to the DOJ sometime in March 2019.

Many of the Special Counsel Robert Mueller’s court filings are called speaking indictments.  They tell a story. Once the cases have been disposed of, most of the redacted sections in these documents can be made available to the public, detailing most of what folks want to know.

“Mueller isn’t recommending a specific sentencing punishment for Manafort. The sentencing guideline range for Manafort is 210 months to 262 months, or 17.5 to nearly 22 years. This sentencing memo comes as Manafort is already facing the possibility of spending the rest of his life in prison in a separate case.

“Manafort chose repeatedly and knowingly to violate the law — whether the laws proscribed garden-variety crimes such as tax fraud, money laundering, obstruction of justice, and bank fraud, or more esoteric laws that he nevertheless was intimately familiar with, such as the Foreign Agents Registration Act (FARA),” Mueller’s memo reads. “His criminal actions were bold, some of which were committed while under a spotlight due to his work as the campaign chairman and, later, while he was on bail from this court.”

“The former Trump campaign chairman was originally to be tried in 2 different cases, one in Virginia and one in the District. He was tried in Virginia, but made a plea deal to avoid the second trial. In D.C., Manafort was charged with conspiracy to defraud the U.S., failing to register as a foreign agent, money laundering, witness tampering and making false statements.”

“Manafort, who has been jailed for months and turns 70 in April, will have a chance to file his own sentencing recommendation next week.”

“Manafort is scheduled to be sentenced March 8 in Northern Virginia and March 13 in D.C.”

See: Special counsel Robert Mueller’s probe: Here’s who has been charged and who hasn’t