Miracles of miracles, the US House of Representatives being led by the new Democratic Party majority has taken its first step to pass the most sensible of gun control measures on the 27th of February 2019. This is its initial effort in over 25 years and this newly crafted bill passed by a margin of 240-190 votes.

“The House voted on Wednesday (2/27/19) to require background checks for all gun purchasers, including those at gun shows and on the internet — the first significant gun control bill to clear the chamber in a quarter of a century.”

“The 240-to-190 vote is the first of two gun control measures expected to be put to House lawmakers this week, a turning point in gun legislation after 25 years when the National Rifle Association dominated the chamber. Last year’s massacre at Marjory Stoneman Douglas High School in Parkland, Fla., prompted a wave of student-led activism that pressed Democrats to unite around gun control, and the activists cheered when the measure cleared the 218-vote threshold for passage.”

“The Democratic victory was tempered, however, after Republicans prevailed in adding a provision that would require the F.B.I. to alert Immigration and Customs Enforcement if an undocumented immigrant tried to obtain a firearm. Twenty-six Democrats, primarily from moderate or Republican-leaning districts, broke party lines to support the measure.”

“But Speaker Nancy Pelosi of California and other Democrats insisted that would ultimately have little import.”

GOP’s Plan to Rebrand Democrats as being in favor of the bogeyman words of socialism and infanticide (abortion laws)….

Dear Democrats, Please don’t discount the Republican Party’s marketing ability to repeat over and over again the following branding mantra, marketed to entice independent voters to NOT support Democratic candidates, in the upcoming 2020 US presidential elections. At a recent right wing gathering, GOP conservatives were practicing how they would deride democrats as veering too far to the left into socialism; and /or their approving of executing babies/ infanticide, based on new abortion right laws being under consideration in NY and Virginia.

We already have been witnesses as to how the GOP right wings’ ‘fake news’ rhetoric pertaining to an immigration crisis at the US SW border has become ingrained in the psychics of 40 % of Americans, even though these claims have been based on a pack of lies.

A Politico/Morning Consult poll released (in January 2019) found that 42 percent of American voters believe that the situation at the U.S-Mexico border is “a crisis,” the language Trump has used frequently to describe the influx of illegal border crossings by Central American refugee families with their drug smuggling, human trafficking activities. The GOP members will be singing these not so new hot button issues of socialism and Dems condoning babies being murdered after birth, which will be echoed by the President’s bully pulpit; the right wing media outlets like FOX news; the Russian bots; the super PAC ads paid by GOP ‘dark money’ donors and the GOP candidates themselves.

Democrats can’t afford to be so complacent that they think these branding tactics are so far-fetched and devoid of reality, that these negative descriptions won’t gain traction. One way to launch a counter attack to nullify the GOP’s mantra of Dems favoring socialism and infanticide is to rebrand these words for our GOP brothers and sisters.

For example, let’s redefine socialism for GOP candidates as being= to killing the ACA, Obamacare; doing away with pre-existing conditions, cutting entitlement programs like Social Security; Medicare, Medicaid and turning the VA healthcare delivery system into a private business enterprise. This not only tells the voters what Dems are fighting for to benefit average Americans, but it highlights that GOP conservatives look upon all these safety net programs as being equal to socialism.

Addressing climate change would be considered a major socialist idea by GOP advocates who continue to deny its existence.

According to Democrats, capitalism without mercy and compassion is not the way to make America great again; but the GOP way is too make sure the wealthy get huge tax cuts and that their corporations benefit by lots of deregulation measures, that will end up sticking the rest of us with the bill, in the form of increased taxes, continued stagnant wages with no light at the end of the tunnel. GOP capitalism=’let them eat cake’ economy.

“The White House, the Trump campaign — and the outside political advisers in Trump’s orbit — seem to be universally excited by the Green New Deal and many Democrats’ embrace of socialism.”

Examples on how to redefine the abortion/ pro-life issue for GOP….

GOP PRO-LIFE advocacy=not understanding that abortion as a medical procedure is not done ad hoc by women on a whim (There are rare isolated exceptions); that if a woman can’t access this medical procedure when a fetus is not viable or the life of the mother is in serious jeopardy beyond the 20 week limit, as regulated by statute in some states, then she is forced to go out of state for medical attention.

What the ProLife stance should be against…

The ProLife philosophy shouldn’t be compatible with the forcible separation of children from refugee families at the US SW border by US officials; and or the discovery that 1000s of these children having been sexually abused by US government contracted personnel and/ or being lost in the cracks. This stance should not exist while the US continues to rank as #1 in infant mortality rates out of all the developed countries. What ProLifers should favor…

Pro-lifers should be in favor of addressing head on the negative foreseeable consequences of climate change based on numerous credible studies including by the US government but instead, it seems that being pro-life = being anti- climate change science.

Pro-Lifers should be in favor of sensible gun control measures like background checks on all gun transfers with time for the checks to be conducted within a 10 day time limit versus the current 3 day limit. Currently, if a gun dealer does not get a return on a background check request within 3 days, the dealer is obligated to complete the sale.

Someone being a pro-lifer = NO GUN CONTROL MEASURES, PERIOD, despite 1000s each year being killed by guns. 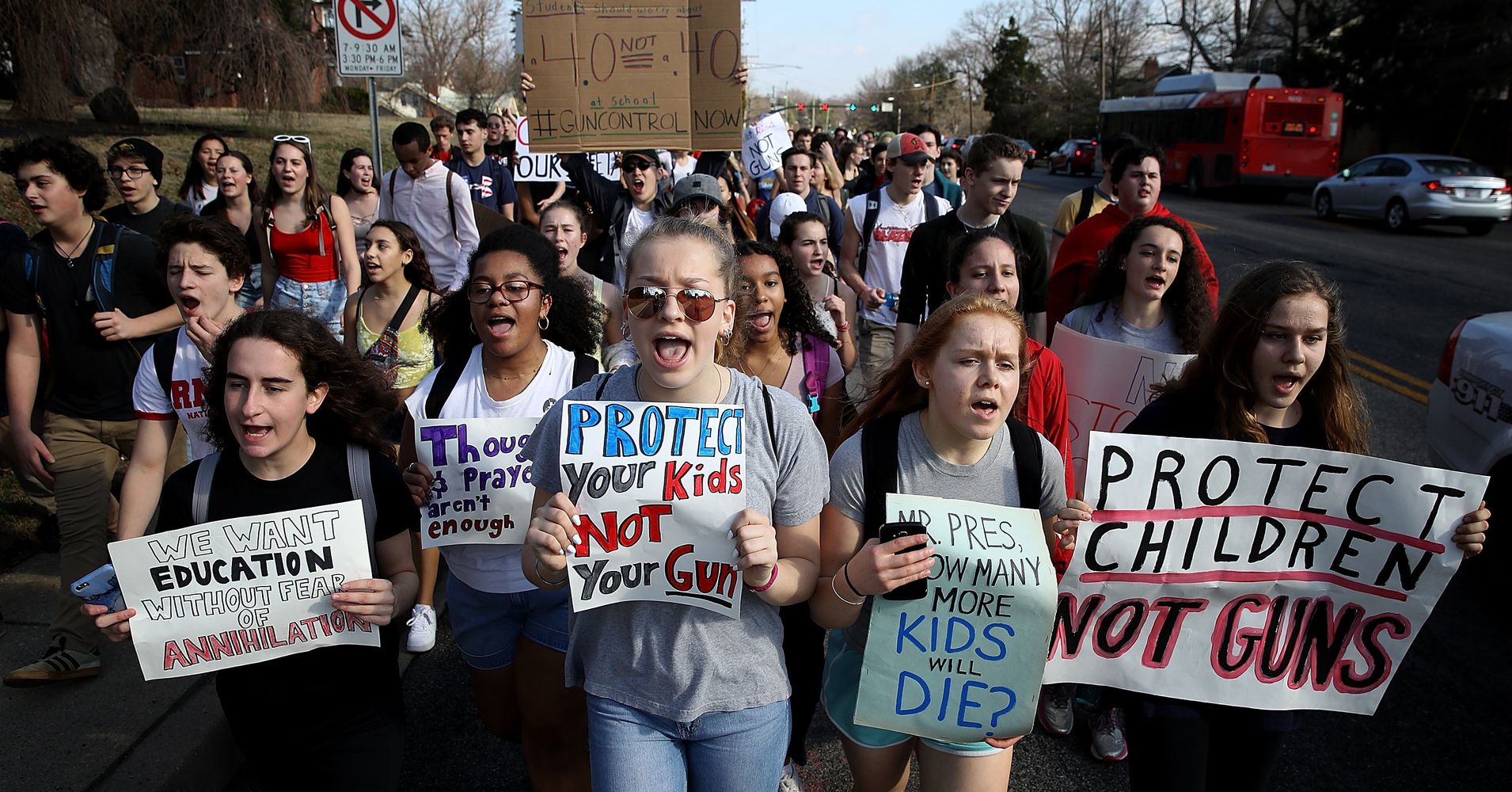 The latest battle in the nation’s continuing war over abortion involves a federal bill called the Born-Alive Abortion Survivors Protection Act. Senate Democrats this week blocked the bill from reaching a vote, and President Trump responded with an angry tweet.

Senate Democrats just voted against legislation to prevent the killing of newborn infant children. The Democrat position on abortion is now so extreme that they don’t mind executing babies AFTER birth….

What would the bill do?

“The bill would require doctors to use all means available to save the life of a child born alive after an attempted abortion. They must, it says, “exercise the same degree of professional skill, care, and diligence to preserve the life and health of the child” as they would for “any other child born alive at the same gestational age.”

“Senator Ben Sasse, the Nebraska Republican who’s the author of the bill, had called it an “infanticide ban.” Opponents said that the bill was aimed at discouraging doctors from performing legal abortions and that it was unnecessary because a similar law already exists, the Born-Alive Infants Protection Act of 2002.”

How often are infants born alive after attempted abortions?

“It hardly ever happens, according to Dr. Daniel Grossman, a professor of obstetrics, gynecology and reproductive sciences at the University of California, San Francisco. He performs abortions and is a spokesman for the American College of Obstetricians and Gynecologists, where he leads a committee on health care for underserved women.”

“A healthy fetus becomes viable — potentially able to survive outside the womb — at about 24 weeks of pregnancy.”

Only about 1.3 percent of abortions in the US  in 2015 were performed in or after the 21st week of pregnancy, according to the Centers for Disease Control and Prevention. Less than 1 percent of all abortions are done after 24 weeks, and many are performed because the fetus has a fatal condition or the pregnant woman’s life or health is at severe risk.”