aside February 27, 2019 Was A bad Day For President Trump, Chairman Kim Jong-Un And PM Netanyahu

Where does one begin? Today, on the 27th of February, 2019, ‘republican President Donald Trump had to listen to hours of his dirty linen being aired for all the world to observe as his former personal attorney Michael Cohen told all his sleazy business practices before the US House Oversight Committee being chaired by the Democratic Rep. Elijah Cummings.

For those who have followed all the twists and turns of the FBI’s Trump- Russia probe being led by the Special Counsel Robert Mueller III, technically there was nothing new shared but for those who normally have better things to do, it was an eye opener. Despite the republican members best histrionic acting efforts to discredit the witness Mr. Cohen as a convicted liar, they were not able to overwhelm anyone with their arguments when compared with the riveting details shared by Mr. Cohen with the world. It didn’t help that Mr. Cohen backed up his words with a way to acquire corroborating evidence or had it in hand, in many instances.

This was a hearing that’ll go down in the history books. The Democratic Party Chairman Elijah Cummings ended the hearing of almost 8 hours with commentary along the lines that what we all witnessed was not normal. He gave a shout out for a need to save the soul of our US democracy, for a return to a sense of normalcy, and saying that we are all better than this. 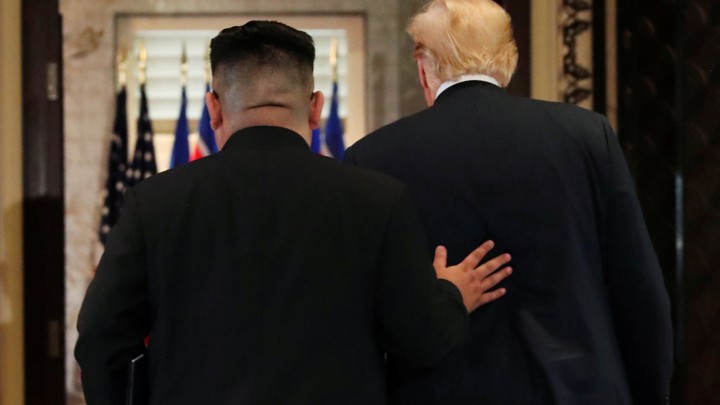 Meanwhile, half a world away, President Trump was in the middle of serious talks with the N Korean leader Kim Jong-Un in Hanoi, Vietnam. President Trump was attempting to make progress towards N Korea downgrading its nuclear weaponry capabilities while setting up N Korea’s president to become more accepted on the world’s stage.

It turns out that the N. Korean leader miscalculated how motivated President Trump was to arrive at an agreement as he kept insisting on an end to all sanctions imposed against his country, forcing President Trump to walk away empty handed. In this case, this is a good thing. It was better to have no deal instead of a bad one. In this case, the N Korean leader was the big loser as the US president really was prepared to present a way forward, favorable to Chairman Kim Jong-Un.

Then in another part of the world, the president’s best Allied friend PM Benjamin Netanyahu of Israel was also experiencing one of the worst days of his life. He learned devastating news that will probably eventually cost him his leadership position in Israel.

As per a 2/28/19 Guardian report, “Netanyahu corruption charges decision expected today” by Oliver Holmes, “Israel’s attorney general is expected to announce a decision on Thursday (2/28/19) on whether Benjamin Netanyahu is to be indicted for corruption, weeks before the country’s general election.”

“Domestic media reported that Avichai Mandelblit would recommend charging the prime minister in the three criminal investigations against him, pending a hearing.”

“Netanyahu has denied all accusations, dismissing them as part of a witch-hunt orchestrated by the press.”

“During 2 years of intense deliberations and questionings, police have already recommended that Netanyahu, 69, be indicted for bribery, fraud and breach of trust in all three cases.”

“Case 1,000 involves gifts from international billionaires allegedly in exchange for favours. In Case 2,000, he is accused of colluding with the Yedioth Ahronoth newspaper to hurt its competition in exchange for favourable coverage. The third and most serious case, 4,000, involves allegations that he offered incentives to the Israeli telecom provider Bezeq in exchange for positive stories in an online news website it owns.”

“A poll by the Times of Israel found that the decision could lose Netanyahu 4 seats in the election and scupper his chances of forming a coalition government.”

Back to Mr. Cohen’s testimony…

There were so many newsworthy tidbits that had me biting my nails. Mr. Cohen began his conversation with the world with these words, ““He is a racist. He is a conman. He is a cheat.”

Eventually, he warned the enabling GOP members about how he had been blindly loyal to President Trump for over 10 years where he sidelined his conscience but he’s now paying the piper for his sins, and that they’ll find themselves in his same shoes if they continue in their sycophantic ways.

For me, I was most interested in Mr. Cohen’s testimony surrounding the release of hacked emails in the summer of 2016…

First, Michael Cohen testified about how President Trump had been given the heads up by Roger Stone sometime July 2016 about his having just talked to Julian Assange of WikiLeaks. Mr. Stone had advised him that an avalanche of emails were about to be dumped into the public purview that would prove embarrassing to the his Democratic Party opponent, Hilary Clinton. Mr. Cohen described how he had been in the same room with Mr. Trump when the entire conversation was carried on via a speaker phone. Mr. Trump closed out this conversation with the statement, “this is great news.”

A couple of days later, the GOP candidate Mr. Trump could be heard at a campaign rally, publicly shouting for Russia to please look for the 30,000 plus personal emails that his opponent Mrs. Clinton had deleted from her server. There is proof that the Russians attempted to do just that.

Why is this scenario so important? Both President Trump and his long time buddy Roger Stone have consistently gone on the record indicating that they had no direct contact with WikiLeaks and/ or its owner Julian Assange. But then why is Roger Stone being indited by the FBI, for lying about these very same subject matters?

Remember that the FBI Special Counsel Mueller had submitted to President Trump a list of questions that he was required to answer. One of them referred to do with his having any knowledge about Roger Stone having been in communication with Julian Assange of WikiLeaks; and did he have prior knowledge of the 1000s of Russian hacked emails with negative data about his opponent and the Democratic National Committee being dumped on the American public in the summer of 2016. I suspect that he and Roger Stone had predetermined that they could get away with lying to the FBI.

Michael Cohen did share with the committee members how President Trump had a business habit of committing fraud by devaluing assets for property taxes and then over-stating the value of his assets depending on what was required when he applied for loans; or presented insurance claims. He limited any discussion in this realm because this part of the president’s business practices is currently under investigation by the NY Southern District federal court system.

Next most important news piece for me, had to do with the Democratic Rep. Alexandra Ocasio-Cortez’s questioning of Mr. Cohen where she set up the predicate for requiring access to President Trump’s IRS tax returns and other financial data when Mr. Cohen responded to her in the affirmative that the president had a history for fraudulent business activities.

An interesting news item had to with how Mr. Cohen had been instructed by his boss to write threatening letters to his past schools to direct their personnel not to share with anyone, the president’s past school records or his SAT scores.

Other revelations by Mr. Cohen included how President Trump used his own charitable foundation for personal gain when he paid off with foundation monies, a 3rd party purchase of a painting of him at an auction for $60,000 dollars that was for his own personal use; how he committed election fraud by having Mr. Cohen pay off one of the president’s former mistresses with Mr. Cohen’s own monies and then how the president reimbursed him, over several months in 2017. Mr. Cohen presented to the committee a cancelled check for $35,000 dollars made out to him and signed by the president.

Mr. Cohen told so many other compromising details to where the picture is clear. Yesterday, the 27th of February 2019 is just the beginning of the end of the reign of President Donald J. Trump. It’s only a matter of time. Link for all docs: Here are the documents Michael Cohen brought to Congress