On the 3rd of March 2019, I was watching the Sunday News Show, “Meet the Press” where the US House Judiciary Committee, Chairman the New York Democrat Rep. Jerry Nadler was being interviewed by the Chuck Todd. Rep. Nadler explained that his committee is not planning to initiate impeachment proceedings in the foreseeable future against the republican President Donald Trump. While he’s convinced that President Trump is guilty of criminal activity including abuses of power, corruption, and obstruction of justice, it is the House committees’ job, now led by Democrats, to gather the evidence to justify taking any further action.

According to the news feed on the 4th of March 2019, Rep. Nadler has jump started the process subsequent to the road map of information provided by President Trump’s personal Attorney when he testified before the US House Oversight Committee, held on the 27th of February 2019. 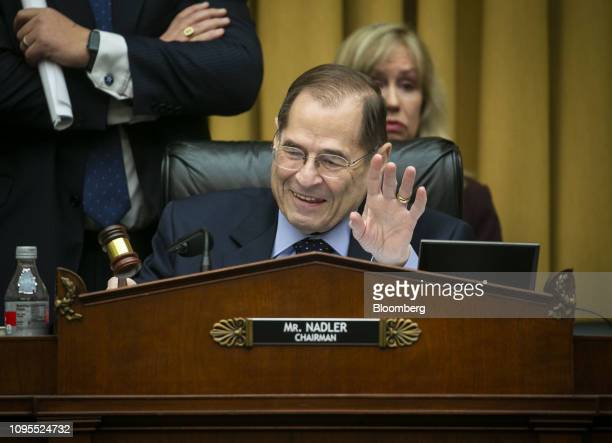 “A key House committee with the power to impeach President Donald Trump kicked off a sweeping new investigation on 3/4/2019 with document demands from the White House, Trump’s namesake company, charity, transition team, inauguration and 2016 campaign, as well as several longtime associates and the president’s 2 adult sons.”

“Judiciary Committee Chairman Jerry Nadler, a NY Democrat, opened his much-anticipated probe with letters to 81 individuals, companies and government entities, seeking a wide range of materials that go to the heart of allegations against the president — including abuses of power, corruption, and obstruction of justice.”

“This is a critical time for our nation,” Nadler wrote to each recipient, all of which his staff noted have already been ensnared in investigations by special counsel Robert Mueller or other federal prosecutors. “President Trump and his administration face wide-ranging allegations of misconduct that strike at the heart of our constitutional order.”

“By initiating the wide-ranging demand for documents, the Judiciary Committee signaled it is creating its own insurance policy in the event that all of Mueller’s findings aren’t made public and it finds the kinds of evidence that would be grounds for removing Trump from office. Public hearings and closed-door interviews based off the materials will begin in a matter of weeks, a senior Democratic committee lawyer said.”

“The list of letter recipients reads like a who’s who of people in and around the president’s orbit — notably all of Trump’s senior 2016 campaign leaders, including Corey Lewandowski, Paul Manafort, Steve Bannon, Jared Kushner and Brad Parscale, the campaign manager for Trump’s 2020 re-election effort.”

“Topics under review by the Democrat-led panel include the firing of national security adviser Michael Flynn after he lied to senior White House officials about his communications with Russian officials, as well as then-Attorney General Jeff Sessions’ recusal from overseeing the DOJ-led probes into the Trump campaign, and the president’s decision to fire FBI Director James Comey.”

“The committee also targeted other several other individuals and entities that have been ensnared in the various federal investigations, including Tom Barrack, a real estate developer and longtime Trump friend who helped spearhead the president’s inauguration; WikiLeaks; National Enquirer parent company American Media Inc.; the National Rifle Association; and Cambridge Analytica, the Trump campaign’s data firm. AMI and its CEO, David Pecker, were involved in so-called “catch-and-kill” efforts related to women who said they had affairs with Trump.”

“Democrats also requested documents from the Justice Department and Federal Bureau of Investigation tied directly to their investigative work over the last two-plus years. They also asked for materials from Trump’s personal legal team, including attorney Jay Sekulow and former spokesman Mark Corallo.”

“All recipients have until March 18 to comply with the document requests, and the committee plans to issue subpoenas if necessary within several additional weeks in order to force compliance, the Democratic committee counsel said. Many of the requests are seeking the same materials already turned over in the myriad ongoing probes, which Nadler’s staff said should help to avoid any battles with competing investigators and the Trump White House over claims of executive privilege.” 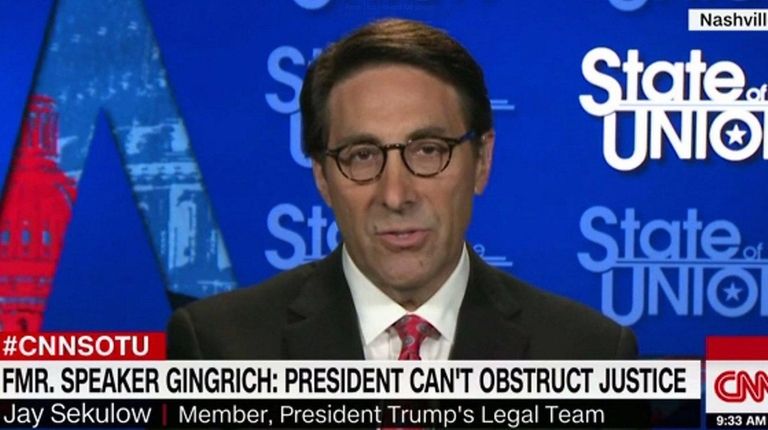 The document request was put together with sign-off from prosecutors in Mueller’s office and the Southern District of NY,  the Democratic counsel said. It also won’t be the only document request — Nadler’s staff said another round of letters would be going out soon and cautioned against reading into why some people didn’t receive letters on Monday.

Nadler views his effort as a complement to Mueller’s investigation, which is examining Russia’s interference in the 2016 election, potential collusion between Trump associates and Russian operatives, and obstruction of justice. It’s also designed as a backstop if the special counsel’s work doesn’t become public. In his Senate confirmation hearing in January, Attorney General William Barr did not pledge to release Mueller’s entire final report. Further complicating efforts to release investigative materials about Trump is the longstanding Justice Department policy dating to Richard Nixon and the Watergate scandal that states a sitting president cannot be indicted.

“Democrats aren’t just limiting themselves to obstruction of justice allegations tied to the Russia probe. The committee also plans to examine potential violations of the Emoluments clause of the Constitution, which prohibits a president from personally enriching himself while in office, as well as witness intimidation and the dangling of pardons to senior Trump officials caught up in federal investigators’ crosshairs.”

See: The Atlantic Politics & Policy Daily: Thrown for a Hickenlooper