Marine Commandant Calling Out US President For Compromising Military Readiness

A very brave highly decorated Marine Commandant General Robert Neller has recently fallen on his sword, by publicly calling out the republican President and Commander in Chief Donald Trump for his having compromised Marine Corps combat readiness and solvency by ordering the deployments to the southwest border of active military troops and for transferring funds from other military priorities under the president’s emergency declaration to pay for the construction of his Southern border wall.

As per the LA Times, Here are the memos that Gen. Neller forwarded to the Pentagon:  Copies of the memos, dated Feb. 19 and March 18

Reallocation of funds by President Trump is no small deal.

For example: (This is from website of Sen. Shaheen)

“U.S. Senator Jeanne Shaheen (D-NH) questioned Acting Secretary of Defense Patrick Shanahan about a recent report stating the Pentagon is lobbying the Trump administration to adopt a weaker standard for groundwater pollution caused by PFAS chemicals in firefighting foam, during a Senate Armed Services Committee hearing this morning. Shaheen also questioned Chairman of the Joint Chiefs of Staff General Joseph Dunford about the threats to New Hampshire military construction projects due to the President’s emergency declaration, which would pull funding specifically appropriated for military projects by Congress to pay for a wall along the southern border which the President had promised Mexico – not United States taxpayers — would fund. Hearing was to review the Department of Defense’s fiscal year 2020 budget.”

“Robert Neller was commissioned in the Marine Corps via the Platoon Leaders Class Program at the University of Virginia, where he graduated in 1975. Achieving 4-Star rank, on September 24, 2015 he was appointed the 37th Commandant of the Marine Corps.”

AWARDS BY DATE OF ACTION:

AWARDED FOR ACTIONS
DURING Global War on Terror

“The commandant of the Marines has warned the Pentagon that deployments to the southwest border and funding transfers under the president’s emergency declaration, among other unexpected demands, have posed “unacceptable risk to Marine Corps combat readiness and solvency.”

“In two internal memos, Marine Corps Gen. Robert Neller said the “unplanned/unbudgeted” deployment along the border that President Trump ordered last fall, and shifts of other funds to support border security, had forced him to cancel or reduce planned military training in at least five countries, and delay urgent repairs at bases.”

“Neller, a four-star general, said because of the problems, Marines will not participate in planned training exercises in Indonesia, Scotland and Mongolia, and will reduce their participation in joint exercises with Australia and South Korea.”

“Marines “rely on the hard, realistic training” of the training exercises “to develop the individual and collective skills necessary to prepare for high-end combat,” said Neller, who has been commandant since September 2015.”

“He complained about canceling or shrinking the Marines’ participation “at a time where we are attempting to double down on strengthening alliances and attracting new partners.”

“Shanahan and Gen. Joseph Dunford, chairman of the Joint Chiefs of Staff, are scheduled to testify Tuesday (3/26/2019) before the House Armed Services Committee. Members are likely to ask about Neller’s concerns.”

“If the president won’t listen to the American people or Congress, then listen to the commandant of the Marine Corps,” Durbin said in a statement.”

“While the armed services chiefs often warn of budget shortfalls, independent experts who reviewed Neller’s memos described the language as unusually strong, in particular because it cites the president’s highest-profile political priorities.”

“It’s pretty unusual for the commandant to be raising concerns that… a top political priority for the president is undermining the ability of the Marine Corps to do the training they need,” said Mandy Smithberger, a defense expert at the Project for Government Oversight, a nonpartisan independent watchdog group.”

“It looks like from Commandant Neller’s perspective, he does think these policies are undermining readiness,” she added.”

“This is a pretty strongly worded memo,” said Todd Harrison, director of defense budget analysis at the Center for Strategic and International Studies, a nonpartisan think tank in Washington.”

“Hurricane recovery efforts, increases in civilian pay and the military housing allowance are probably the biggest factors in the budget shortfall.”

“The incremental cost of the border deployment is likely small compared to these other factors,” he said. “It sounds like there are some bureaucratic politics at work here.” 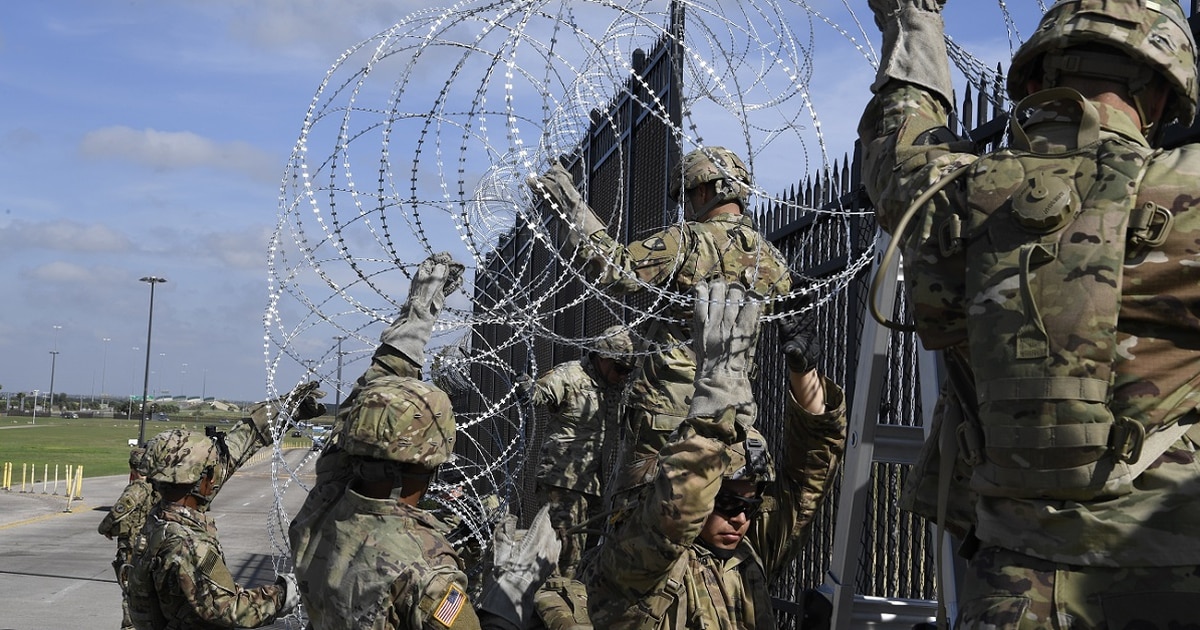 “The border deployment is adding to the strain after hurricanes severely damaged Marine Corps facilities and housing in NC and Georgia, Neller wrote.”

“Citing limits on his ability to transfer money because of the planned reprogramming under the border emergency, Neller said the Marines already are short $1.3 billion for recovery operations this year with another hurricane season approaching.”

“The hurricane season is only 3 months away,” Neller wrote, “and we have Marines, Sailors, and civilians working in compromised structures.”

“The memos are likely to revive uneasiness on Capitol Hill about the border deployment, which reportedly chafed some military leaders, including James N. Mattis, then secretary of Defense, when Trump first ordered it before the Nov. 6 midterm election.”

“While the White House insisted that active-duty troops were needed to stave off so-called caravans of migrants from Central America, critics accused him of using the military as props for his political agenda.”.”

“On Oct. 29, Trump tweeted, “This is an invasion of our country and our military is waiting for you!”

“He later expanded the deployment to roughly 6,000 troops, drawn from the Marines, Army, Air Force and Navy, and extended their stay through September 2019.”

“They have assisted the Border Patrol by erecting barricades, flying helicopter support and maintaining vehicles. They are not allowed to detain migrants, seize drugs or carry out law enforcement duties.””

The White House and Defense Department have sought to reassure wary lawmakers that the deployment, and the president’s declaration of a national emergency on the border, have not hampered military readiness or effectiveness.” “During a visit to a Border Patrol station Thursday in McAllen, Texas, Homeland Security Secretary Kirstjen Nielsen said she talked to Shanahan on a regular basis.”

“In an email, a Marine Corps spokesman, Capt. Joseph Butterfield, said Neller’s memos made clear that damage from hurricanes, and not the border deployments, caused “by the far the most significant budgetary pressure.” 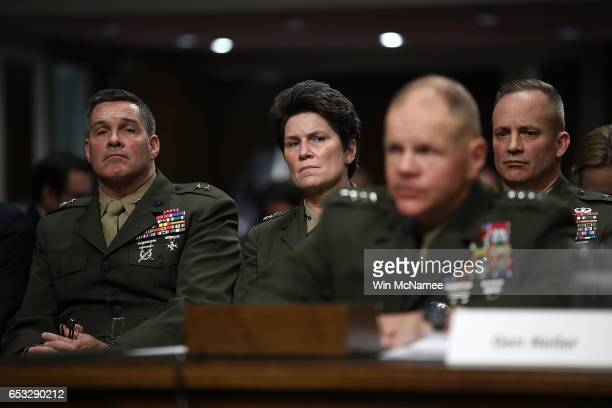 “Border operations cost about $230 million by the end of January, according to the Pentagon. The cost could grow to about $850 million this year, according to the Center for Strategic and International Studies, a nonpartisan think tank in Washington.”

“The White House has asked Congress to appropriate a record $718 billion for the Pentagon in 2020, including $9 billion for hurricane relief, border security and backfilling military construction projects whose funding could be raided under the national emergency Trump declared on Feb. 15.”

“Lawmakers have pressed to learn which military construction projects would be deferred or canceled to divert money that could be used to build Trump’s long-promised border wall under the emergency.”

“On 3/18/2019, the Pentagon sent Congress a list of more than 400 military construction projects around the country and worldwide that could be affected.”

“Congressional approval of the administration’s budget request and backfill is far from assured, given the recent border funding fight that led to a 35-day partial government shutdown, and bipartisan votes in both chambers to block Trump’s use of executive action to get around the congressional appropriations process. Trump vetoed the resolution last week.”