The Democratic Party world is sitting around thinking, WTF just happened. The Trumpian Republican Party conspiracy theory prone members are high-fiving each other with relief in the belief that the republican President Donald Trump has dodged a major silver bullet.

What happened after 5:00 PM on the 22nd of March 2019, is the FBI’s Special Counsel Robert S. Mueller III, who led its Trump-Russia investigation ended 22 months at this job by submitting a confidential report on his findings to Attorney General William P. Barr, head of the US Department of Justice (DOJ).

The FBI’s Special Counsel Robert Mueller III had been assigned by the Deputy Attorney General, Rod Rosenstein of the Department of Justice (DOJ) around mid 2017, with a core mission to pursue an  investigation as to how extensively had Russia interfered with the US 2016 election’s infrastructure; and if Americans had worked in concert with Russia to effect the outcome of the 2016 elections.

Because of the president’s actions surrounding his May 2017 firing of the FBI’s Director James Comey with the intent to end the FBI’s Trump-Russia Inquiry, Mr. Mueller had been assigned the additional task of taking over the counter-intelligence case opened up against the president regarding his association with Russia, and to consider any criminality associated with the steps that the president embarked upon to obstruct justice. 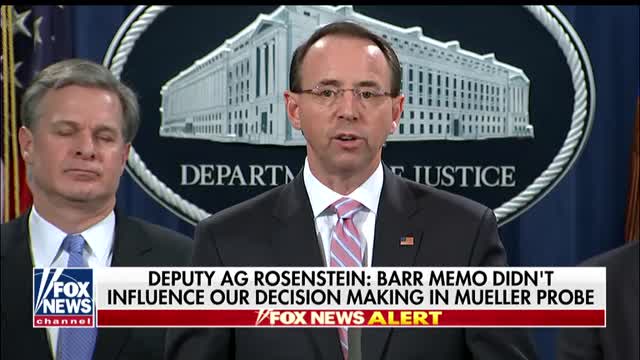 The outcome of the FBI’s announcement about Mr. Mueller having detailed his findings in a report issued on the 22nd of March, ended up being somewhat anti-climatic because the public had been advised that his 400 page report does not include any additional indictments.

It’s crucial that this report be delivered mostly in tact to the American peoples, so their faith in the US judicial process can be preserved.

As per a 3/22/19 NYT report, Six people connected to President Trump have been charged by the special counsel with an array of crimes, including financial fraud and lying to Congress and investigators. Five have been convicted or pleaded guilty. Twenty-eight others, including 26 Russians, also face charges.

But at first glance, it looked like the key people surrounding the president were spared, based on this 3/22/2019 report by Mr. Mueller. But that’s not possible because President Trump has been listed as “Individual 1 for the same crime that the former personal Attorney Michael Cohen had already been indicted and for which he’ll be serving jail time.

“We the People” require more information.

So on the very same evening of March 22, 2019, if the president and his team were watching from a perch at the president’s Florida resort, Mar-a-Lago, their favorite cable news channel FOX TV, they would have heard the political pundits repeating the frequent refrain of “I told you so.” They were discussing how the president had not been found guilty of collusion with Russia in order to effect the outcome of the 2016 presidential elections’ infrastructure and/ or for ‘obstruction of justice.’

They can only pray that the FBI’s counter-intelligence inquiry into President Trump’s ties to Russia, is not still ongoing but I believe, otherwise.

The pundits on the left weren’t much better. The MSNBC host of “Hardball” Chris Matthews demonstrated a lot of anger, asking what had this almost 2 year, leak proof FBI’s Trump-Russia investigation led by the Special Counsel Robert Mueller III been doing as most Americans were forced to  of watch the president and his cronies obstructing justice out in the open, berating government institutions like the FBI, the US Department of Justice (DOJ), the Attorney General Jeff Sessions, etc., and the ‘rule of law.’

The following is my speculation versus all of the above thoughts:

They are forgetting that they are dealing with a very prudent, hard nosed, deliberate but a very smart man in the former FBI Director Robert Mueller for 12 years, who has been working with a gun held at his head, knowing that those in the president’s circle have been wanting him fired, ages ago. I recall the Wall Street Journal’s opinion page, publishing two editorials pushing for Mr. Mueller to be terminated.

Someone with Mr. Mueller’s law enforcement bona fides would be looking to protect the concept of the ‘rule of law’ and the good reputation of the professional hard working pubic servants who are employed by the FBI and the DOJ. He gets the big picture of what the American peoples need to know which is how, why and to what extent, did Russia attack the US 2016 presidential elections and what was the president and his team’s role in this attack on our US democracy and its pillars? 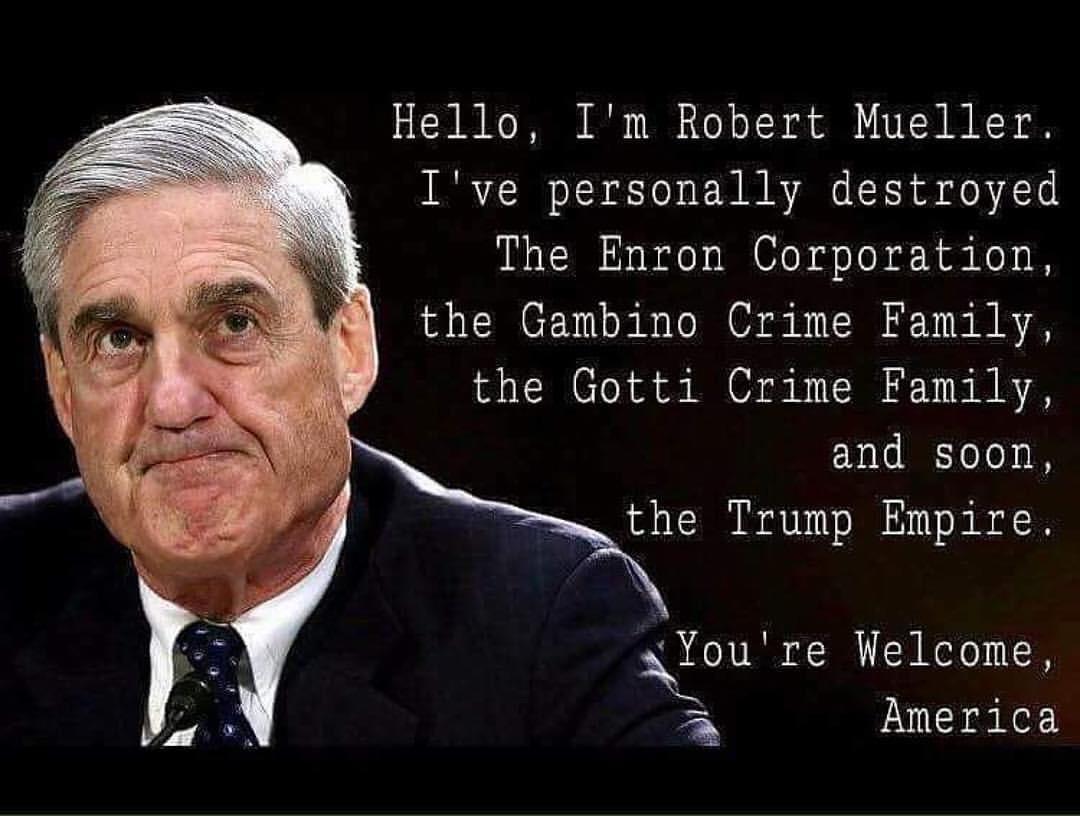 He would plan to collect as much evidence as possible with time constraints, interview/ interrogate anyone with pertinent knowledge of Russia’s part in the 2016 elections but then he would delegate any future indictments regarding the top layer of possible defendants,  including President Trump and some of his family members, elsewhere.

Any of Mr. Mueller’s indictments to date of figures in the president’s orbit during the campaign period of 2016-2017 have been approached with the intent to flip them where they would become helpful witnesses for the prosecution’s team. These players include Michael Cohen, Rick Gates, General Mike Flynn and George Papadopoulos who have cooperated in providing useful data. The long time president’s buddy and former campaign manager Paul Manafort will be serving about 7 years of jail time because of his lack of cooperation. Mr. Mueller had decided that Roger Stone would not likely become a cooperating witness and so, he has already delegated Mr. Stone’s November trial to be managed by the District of Columbia’s US attorney’s office.

Political blogger, Tea Pain’ and others had figured out early on, the following strategy by Mr. Mueller.

Mr. Mueller is handing over the possibility of future indictments to Audrey Strauss who’s been waiting quietly in the wings of the SDNY / United States District Court for the Southern District of New York since February 2018, and who has developed a solid hard nosed competent reputation as a prosecutor, including for having conducted the Iran-Contra hearings.

Her key claim to fame, is that she’s also the lawyer who bested the infamous figure Roy Cohn, President Trump’s mentor. When this reality dawns on President Trump, he will be traveling down memory road.

As per the 3/22/19 Court House News Service’s report, “Lawyer Who Bested Roy Cohn Tapped for Big Gig in SDNY” by Adam Klasfeld, ” A few years after he defended the burgeoning Trump real estate empire against claims of housing discrimination, the future president’s oft-described mentor Roy Cohn fought to overturn the convictions of 2 Mafia clients.”

“Even with Cohn in their corner, however, Joseph Gambino, the cousin of “boss of all bosses” Carlo Bambino, and his right-hand man Carlo Conti, failed to secure a reversal from the Second Circuit.”

“These findings of the experienced trial judge cannot lightly be set aside,” a unanimous three-judge panel ruled in 1977. “Nor do we see any reason for so doing.”

“The case was an early success for rookie prosecutor Audrey Strauss, a graduate of Columbia Law School who edited appellate briefs in her new job at the SDNY.”

“Strauss would go on to field more than 20 other cases before she was promoted in 1983 to the chief of appeals in the Criminal Division and chief of the Securities and Commodities Fraud Unit.” 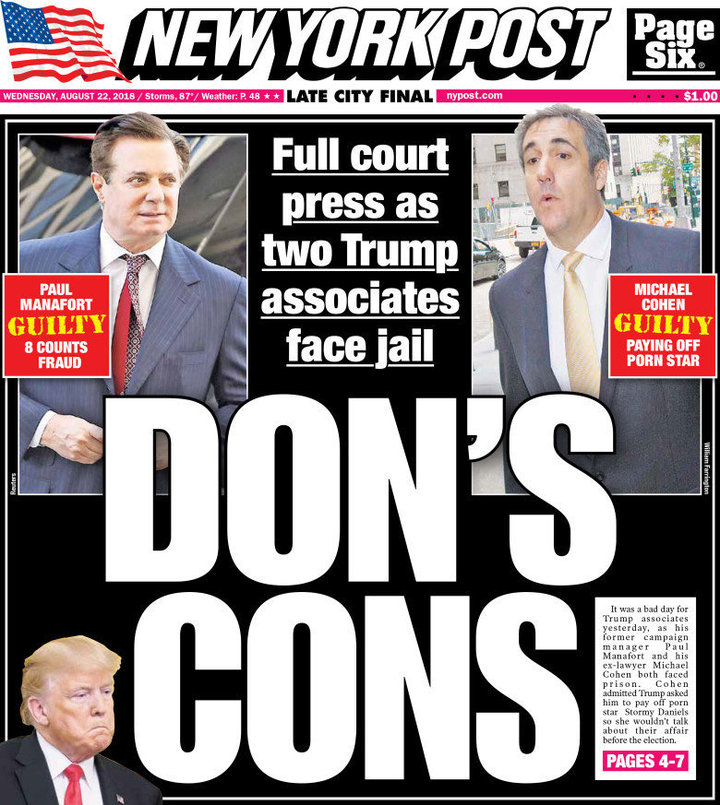 “On  (3/22/2019), Strauss (was promoted) to serve as second-in-command to U.S. (SDNY) Attorney George Berman, succeeding the prosecutor who secured the conviction of disgraced former Trump “fixer” Michael Cohen.”

“In a statement, Berman said that his outgoing deputy decided to spend more time with his family.”

“Rob Khuzami is an extraordinary and brilliant lawyer who has upheld the ideals of integrity and professionalism that characterize the work of this office,” Berman said of his departing No. 2. ”