Today was another set back for the UK’s Prime Minister Theresa May’s Brexit Withdrawal Agreement suffers third heavy loss in the House of Commons. The frustration being exhibited by the pro-Brexit crowd was on obvious display via numerous protests,  some of the pro-Brexit protesters outside Parliament were observed harassing journalists covering the demonstration; an MP was claiming that she was accosted outside of Parliament; Nigel Farage was in the mix addressing a pro-Brexit group. Meanwhile German officials have been pushing for the UK to have more extensions but France wants there to be a limit; and other EU members have been expressing regret.

On this same day, the Vote Leave officials ended its appeal over having been charged by an Elections Commission for ruling that this group that helped lead the Brexit movement had broken the electoral rules set out by Parliament.

Here’s how the voting went down on 3/29.2019…
As per a 3/29/2019 CNN report, “Theresa May’s Brexit deal defeated for third time, Here’s how each party voted on the Brexit deal” by Rob Picheta, Lauren Said-Moorhouse and Bianca Britton, “Theresa May has been trying to win over the hardliners in her party for weeks. Many flipped – especially after her offer to resign if the deal went through – but it wasn’t enough. Voting tallies show that 34 Conservative MPs opposed the deal on Friday.”

“That group included Brexiteers such as Steve Baker and Mark Francois — who broke with colleagues including Boris Johnson and Jacob Rees-Mogg by standing firm against the deal — as well as pro-Remain lawmakers such as Dominic Grieve and Justine Greening.”

“Here’s how each party voted:”

Wondering how your MP voted on the EU #WithdrawalAgreement? 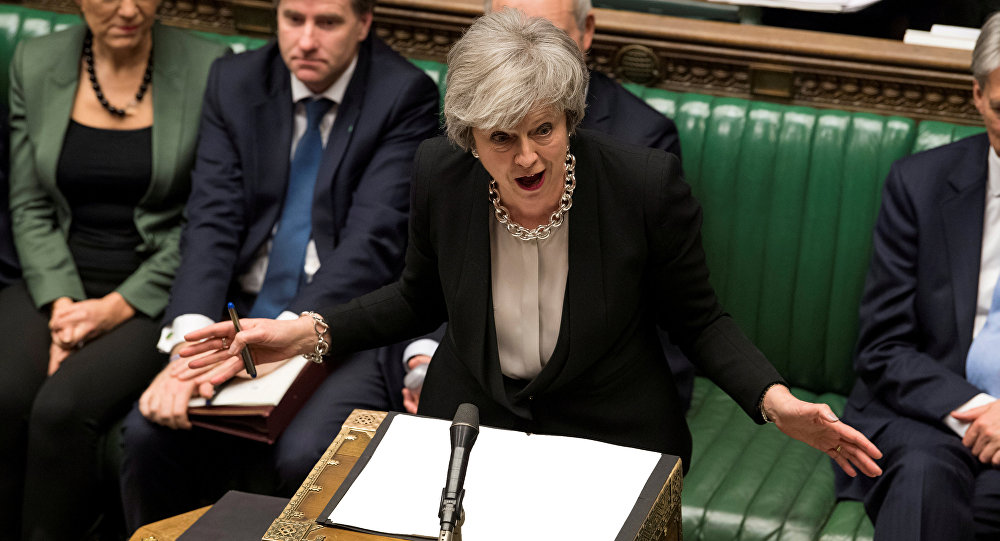 “There’s a lot of talk flying around about canceling Brexit by revoking Article 50 – the mechanism by which a member state can leave the EU.”

The European Court of Justice ruled in December that it was acceptable for a member state to unilaterally revoke Article 50.

It’s the favored option of the Scottish National Party, and the Mayor of London, Sadiq Khan. “The PM must now do the right thing – immediately revoke Article 50 and give the British public the final say on Brexit,” Khan said.

Unfortunately, it’s not that simple.

While, in the ECJ’s advocate general’s opinion, unilateral withdrawal is fine, the key paragraph of his conclusion reads as follows:

“When a Member State has notified the European Council of its intention to withdraw from the European Union, Article 50 of the Treaty on European Union allows the unilateral revocation of that notification, until such time as the withdrawal agreement is formally concluded, provided that the revocation has been decided upon in accordance with the Member State’s constitutional requirements, is formally notified to the European Council and does not involve an abusive practice.“

The “constitutional requirements” condition means it’s likely parliament would have to approve revocation – something that it has rejected before. 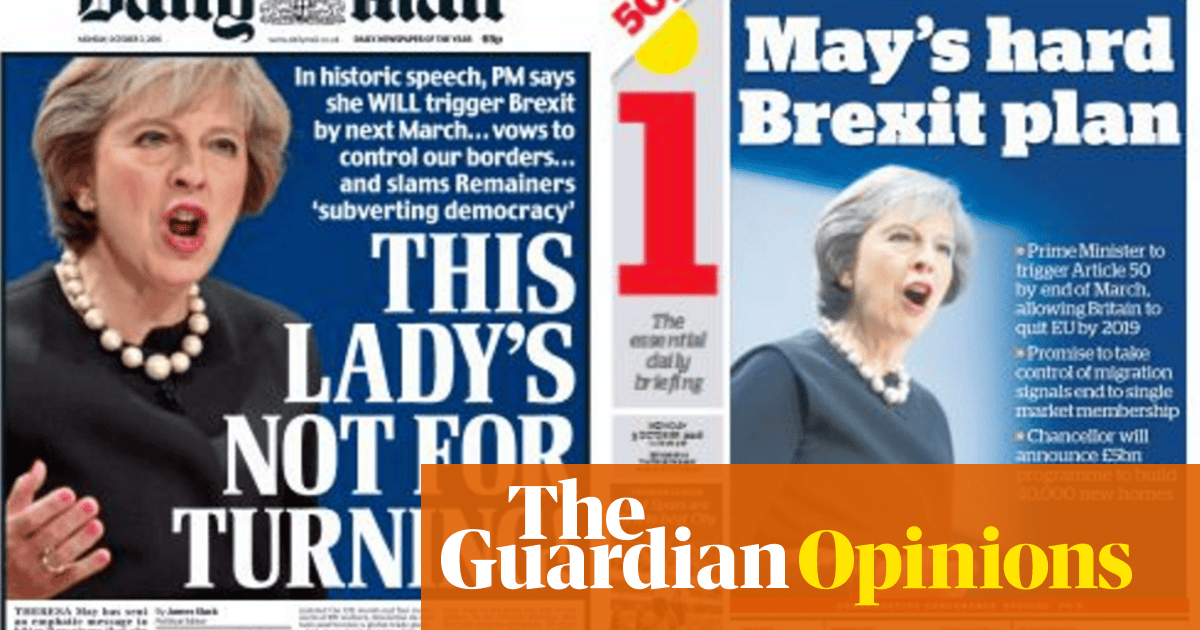 The ECJ agreed on this point and offered further clarification on another.

Place the fact that withdrawal must also be “unequivocal” and “unconditional” the Advocate General’s comments about “abusive practice”, this makes things tricky. In the opinion of the Institute for Government, this “implies that the UK could not revoke to get a breathing space in order to prepare better to resend the Article 50 notification in due course.”

All of this stuff is unprecedented and a little bit murky. But one thing is clear: As with all things Brexit, nothing is straightforward. 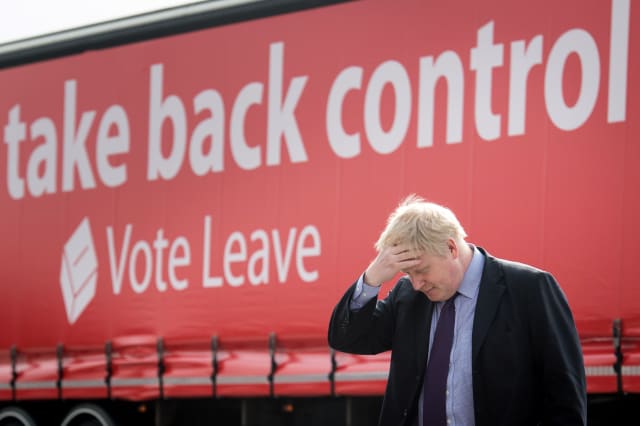 Here’s what a popular reporter tweeted about Vote Leave movement:

Hahahahahaha!!! Omg. The TIMING! On the day Britain was set to leave European Union, the official campaign finally admits it broke the law. Deliberately. Massively. And overseen by Theresa May’s closest advisor & one of her ministers. Incredible 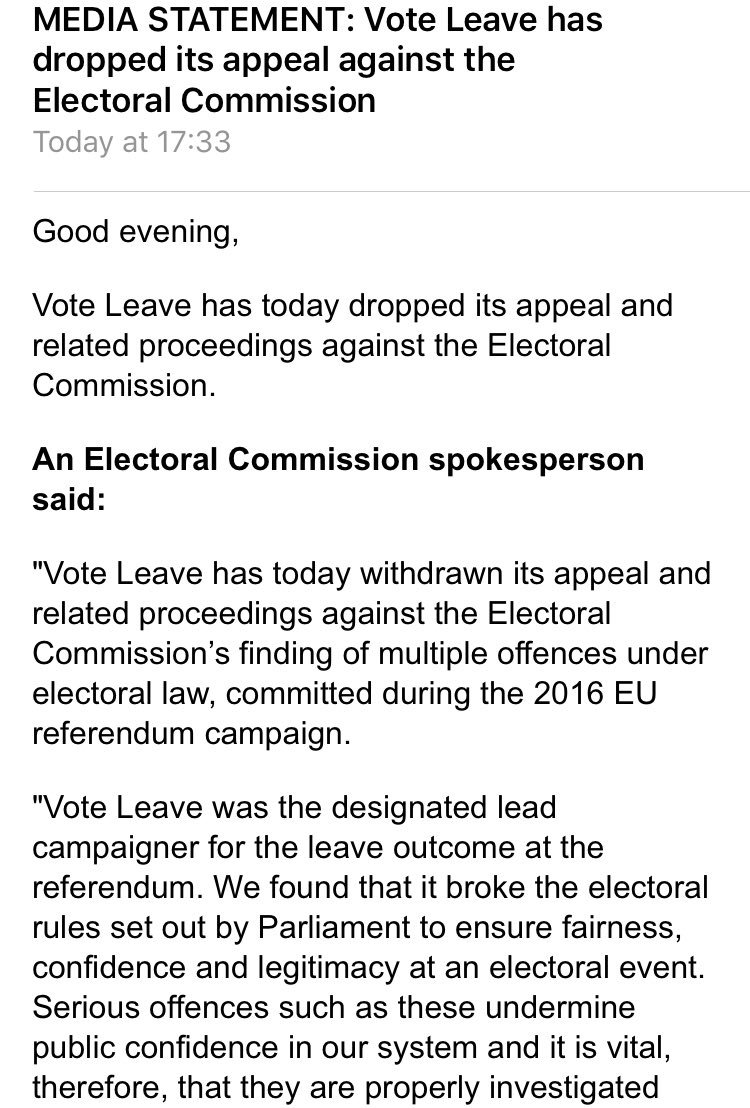 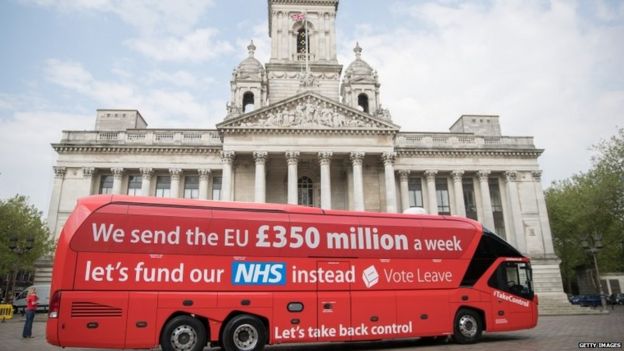 Vote Leave has dropped its appeal against a £61,000 fine for breaking electoral law over spending limits, the Electoral Commission has said.

The official pro-Brexit campaign for the UK’s EU referendum was fined in July for exceeding its £7m spending limit for the vote.

The campaign said at the time the watchdog’s findings were “wholly inaccurate” and politically motivated.

It said in a statement it had run out of money to pursue the appeal.

The announcement came as MPs rejected Prime Minister Theresa May’s withdrawal agreement on the day the UK had been due to leave the EU.

The Vote Leave campaign, fronted by Boris Johnson and Michael Gove, was found by the Electoral Commission to have funnelled £675,315 through pro-Brexit youth group BeLeave, days before the referendum in 2016, which helped ensure it did not breach its £7m spending limit.

“The founder of BeLeave, Darren Grimes, was fined £20,000 and referred to the police, along with Vote Leave official David Halsall.”

“Vote Leave bosses say they were given the go-ahead to give the money to BeLeave and they had acted within the rules.”

“But the Commission found there was “significant evidence of joint working” between Mr Grimes and Vote Leave and that Vote Leave should have declared the spending as its own.”

“Vote Leave was the designated lead campaigner for the leave outcome at the referendum.”

“We found that it broke the electoral rules set out by Parliament to ensure fairness, confidence and legitimacy at an electoral event. Serious offences such as these undermine public confidence in our system and it is vital, therefore, that they are properly investigated and sanctioned.”

“We have been advised that Vote Leave has paid its £61,000 fine and look forward to receiving the sum in full.”

See Forbes: Here’s Why Brexit Has More Plot Twists Than ‘Game Of Thrones’