Out of the US mid-West in the average sized city of South Bend, Indiana, there is the Mayor, Pete Buttigieg who’s quickly becoming a household name as a serious contender to become the 2020 Democratic Party presidential candidate.

On Google, his name search is tied with the current race leaders, former VP Joe Biden and Senator Bernie Saunders.

He already probably qualifies to be on the debate stage based on the monies he has been able to raise to date. As per a 4/1/2019 Fortune report, “He hasn’t officially announced his campaign yet, but South Bend, Ind., Mayor Pete Buttigieg has met the criteria to get on stage for the first 2 Democratic Party presidential debates, to be held in June and July. Buttigieg tweeted Monday that he raised more than $7 million in the first quarter of this year.

He has been invited to be interviewed on just about every non-cable and cable news interview show that exists. His popularity is soaring.

Like the former VP Joe Biden, he has yet to formally announce that he’s thrown his hat in the ring to compete in a crowded field to become the next US Democratic Party

As per a 3/34/2019 Washington Examiner report, “A new poll out of Iowa has Pete Buttigieg surging to third place among announced and potential Democratic candidates.”

“The Emerson poll has former Vice President Joe Biden leading the pack with 25 percent, followed closely by Sen. Bernie Sanders at 24 percent. The big surprise, though, is Buttigieg who came in 11 percent. Buttigieg announced he was running in January, that same poll clocked him at 0 percent among Iowa voters at the time.”

Since then, Buttigieg, 37, has begun to make a name for himself in the crowded primary field. Buttigieg, who has been the mayor of South Bend, Ind., since 2012, served in Afghanistan and, if elected, would be the first openly gay and the youngest president in history.”

As per a 1/23/2019 FiveThirtyEight report, “How Pete Buttigieg Could Win The 2020 Democratic Nomination” by Gus Wezerek, “You’d be forgiven for not knowing, or at least not knowing how to pronounce, Pete Buttigieg’s last name (it’s boot-uh-judge). His political experience to date includes two terms as mayor of South Bend, Indiana, and … well, that’s pretty much it.”

“On paper, Buttigieg is impressive. The son of an immigrant father from Malta, Buttigieg graduated from Harvard, earned a Rhodes Scholarship, and worked as a consultant at McKinsey before moving back home to Indiana at age 29 to become the mayor of South Bend, making him the youngest mayor of a city with more than 100,000 people. While still serving his first term, Buttigieg took a seven-month leave of office to serve with the Naval Reserve in Afghanistan in 2015. Less than a year later, Buttigieg came out as gay. Buttigieg’s sexuality didn’t stop South Bend voters from re-electing him to a second term with more than 80 percent of the vote.”

“All that success didn’t go unnoticed. In a 2016 New Yorker interview, Barack Obama name-dropped Buttigieg as a potential leading light for the party. And the New York Times (“The First Gay President?”) and Washington Post (“Could Pete Buttigieg Become the First Millennial President?”) have both published profiles of Buttigieg in the last three years.”

“Pete Buttigieg has some kind of magic right now. His campaign bio, “Shortest Way Home,” was the 25th-best-selling book on Amazon when I checked on Monday. That put him just a few dozen places behind Michelle Obama, and thousands or tens of thousands of places ahead of Kamala Harris, Bernie Sanders and the other candidates who have campaign books out now.”

“In a recent Iowa poll he surged to third place. His campaign just announced that it’s raised an impressive $7 million since January. And I can’t tell you how many Democrats in places as diverse as Nebraska, Indiana, New York and Washington have come up to me over the last few weeks raving about the guy. I met a superfan in Frederick, Md., who says that every few hours she calls the campaign to give another $10.”

“This is the biggest star-is-born moment since Lady Gaga started singing “Shallow.” 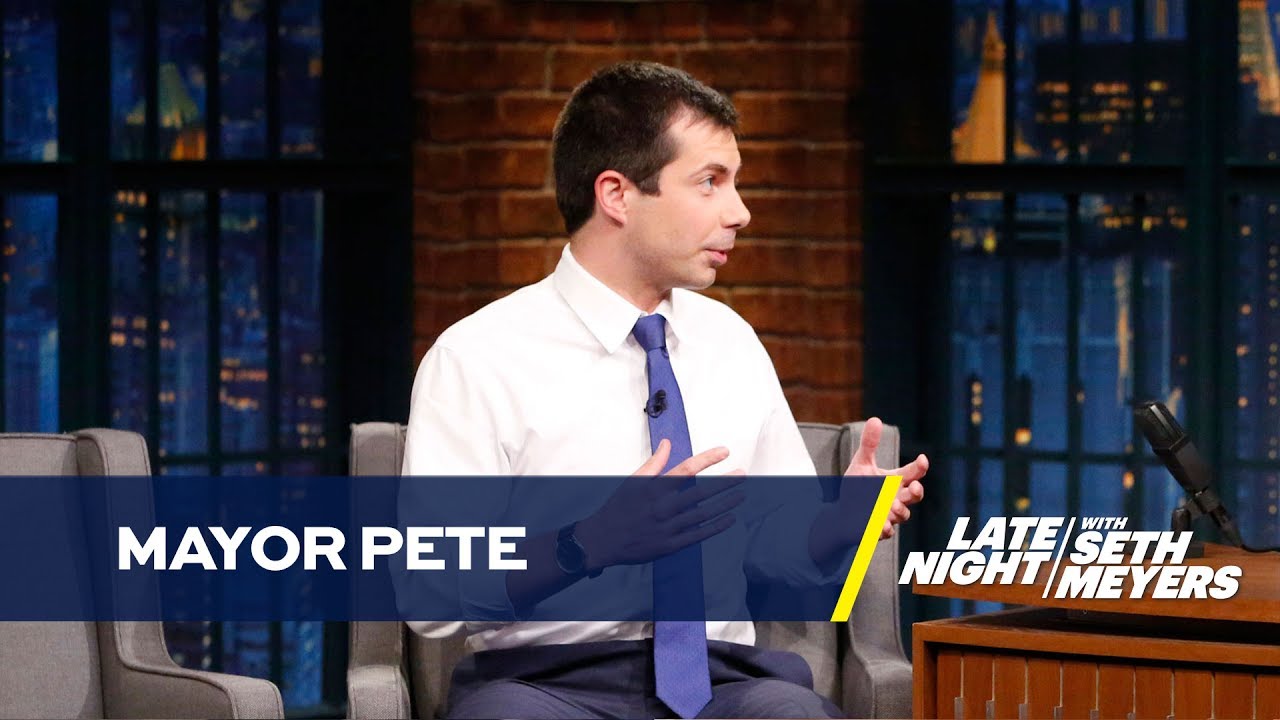 “Why are people so in love with the mayor of South Bend, Ind., who almost nobody had heard of until he did a CNN town hall on March 10?”

“It’s important to remember that when Democrats vote next year, they’ll not only be choosing a policy alternative to Donald Trump, they’ll also be making a statement about what kind of country they want America to be.”

“The Trump era has been all about dissolving moral norms and waging vicious attacks. This has been an era of culture war, class warfare and identity politics. It’s been an era in which call-out culture, reality TV melodrama and tribal grandstanding have overshadowed policymaking and the challenges of actually governing.” 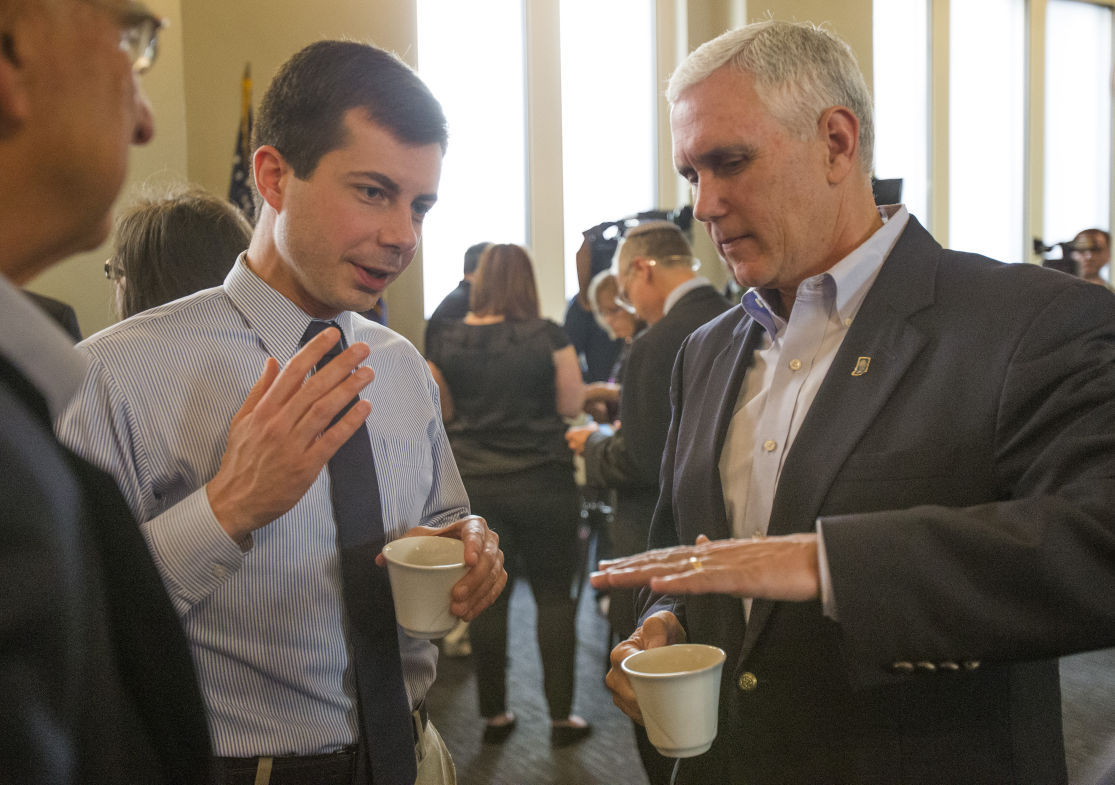 “They are sick of the moral melodrama altogether. They just want a person who is more about governing than virtue-signaling, more about friendliness and basic decency than media circus and rhetorical war.”

“Buttigieg’s secret is that he transcends many of the tensions that run through our society in a way that makes people on all sides feel comfortable.”

“First, he is young and represents the rising generation, but he is also an older person’s idea of what a young person should be. He’d be the first millennial president, but Buttigieg doesn’t fit any of the stereotypes that have been affixed to America’s young people.” 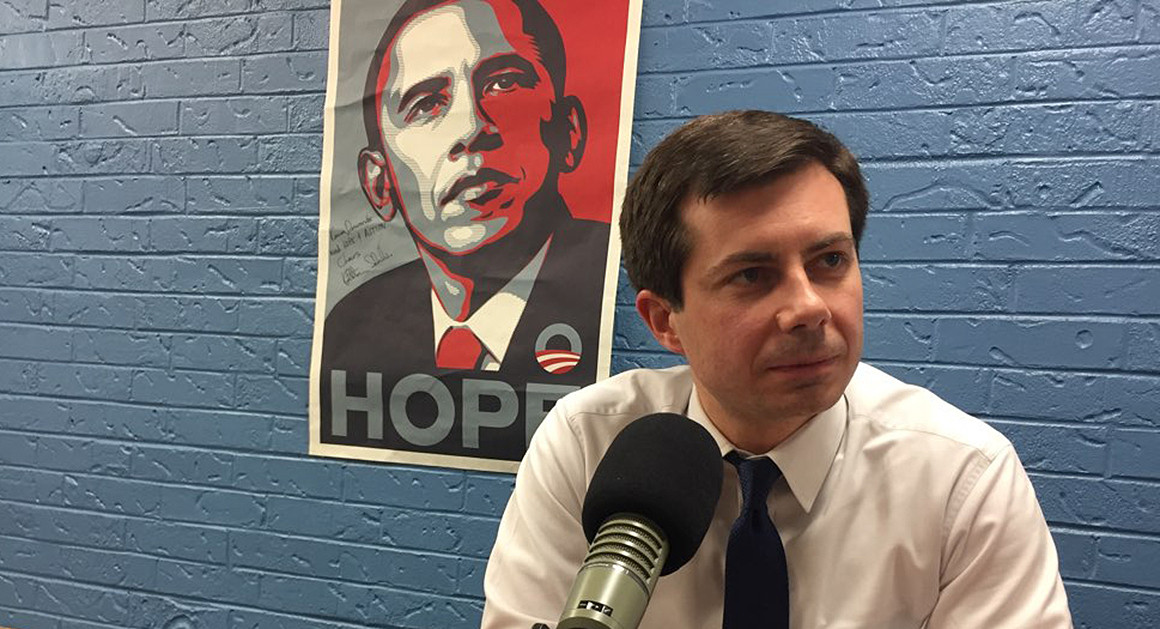 “Young people are supposed to be woke social justice warriors who are disgusted by their elders. Buttigieg is the model young man who made his way impressing his elders — Harvard, Rhodes scholar, McKinsey, the Navy.”

“Young hipsters are supposed to flock to coastal places like Brooklyn and Portland; after college, Buttigieg returned to Indiana.”

“Young people are supposed to be anti-institutional, but Buttigieg is very institutional — his life has been defined by his service to organizations, not his rebellion against them.”

“Second, he is gay and personifies the progress made by the L.G.B.T.Q. movement, but he doesn’t do so in a way that feels threatening or transgressive to social conservatives. He has conservative family values; it’s just that his spouse is a husband, not a wife. He speaks comfortably about his faith and says that when he goes to church he prefers a conservative liturgy to anything experimental.”

“Third, he is a localist and a Washington outsider, but he carries no populist resentment and can easily speak the language of the coastal elite.”

“Buttigieg has spent his political career in Indiana, where pols are expected to go to county fairs and eat the catfish fillet and cheesecake on a stick. He wasn’t alive when the Studebaker plant shut down in South Bend, but he has the trauma of Midwestern deindustrialization in his bones. He lives in a house near his mother where the mortgage comes to about $450 a month. On the other hand, he was friends with Mark Zuckerberg at Harvard, earned a first at Oxford and thrived as a corporate consultant.”

“Finally, he’s a progressive on policy issues, but he doesn’t sound like an angry revolutionary. Buttigieg’s policy positions aren’t all that different from the more identifiable leftist candidates. But he eschews grand ideological conflict.”

Link to entire report: Why You Love Mayor Pete