Well, Well, Well…Here’s The Rest Of The Story Regarding Senator Lindsey Graham 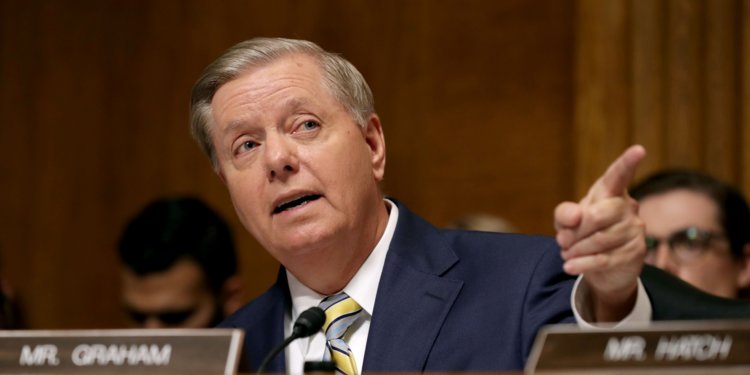 It has been a painful passage for the vast majority of Americans, as we’ve been witnesses to the GOP US Senate’s Judiciary Committee Chairman Senator Lindsey Graham, continuing to kow-tow to the likes of the Russian apologist, the republican President Donald Trump who has disparaged the now deceased US hero, Senator John McCain who was supposed to be his  best friend.

If the following allegations against Senator Lindsey Graham’s prove true, this would explain the deterioration of his character…

“The Democratic Coalition, led by activist Scott Dworkin, (dworkinreport.com) has been elaborating on analysis done in the Dallas Morning News that detailed $800,000 that Graham’s political action committee took from Len Blavatnik, a dual citizen of the US and UK who emigrated from the USSR in the 1970s with his family and returned to Russia after the collapse of the Soviet Union.”

“The report out from the Dem Coalition cites Blavatnik at the outset, and the millions he made from the sale of a private Russian oil company to the state-owned Rosneft. In fact, the Dworkin Report cites many of the key players whose names keep surfacing as the Congressional probes continue: Blavatnik, Viktor Vekselberg, Oleg Deripaska, and the many businesses and shell companies those people have maintained — and contributed to GOP candidates from.”

“But the Coalition report also contained information about a Chinese doctor of virology named Dr. Jian-Yun Dong, who was convicted of illegally arranging for millions of dollars in donations to Lindsey Graham’s political campaigns. This activity came after Graham personally helped Dong obtain nearly $20 million in Congressional earmarks from the United States Military and the National Institutes of Health.”