The right-wings’ lock her up, Hillary Clinton, the former 2016 Democratic Party presidential candidate against the republican President Donald Trump, shares some sage advice about how Democrats should go forward after the 3/22/2019 FBI’s final report has been published regarding the FBI’s 22 months long Trump-Russia probe led by the Special Counsel Robert Mueller III, listing the president’s numerous felonious acts.

I concur with her thinking 100%. Here’s a tweet by Laurence Tribe, a scholar on constitutional law:

“Whatever you think of @HillaryClinton, this is a must-read, spot-on analysis of where things stand on #impeachment and how to move forward @RonaldKlain @RepJerryNadler @RepAdamSchiff @jamie_raskin @PeteButtigieg @BetoORourke @JoeBiden @KamalaHarris” 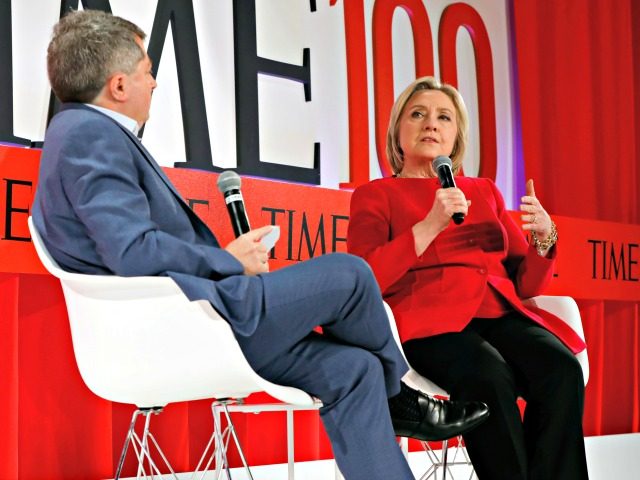 On April 24, 2019, Hillary Clinton for the Washington Post penned the following op-ed piece, “Hillary Clinton: Mueller documented a serious crime against all Americans. Here’s how to respond.”

“Our election was corrupted, our democracy assaulted, our sovereignty and security violated. This is the definitive conclusion of special counsel Robert S. Mueller III’s report. It documents a serious crime against the American people.”

“The debate about how to respond to Russia’s “sweeping and systematic” attack — and how to hold President Trump accountable for obstructing the investigation and possibly breaking the law — has been reduced to a false choice: immediate impeachment or nothing. History suggests there’s a better way to think about the choices ahead.”

“Obviously, this is personal for me, and some may say I’m not the right messenger. But my perspective is not just that of a former candidate and target of the Russian plot. I am also a former senator and secretary of state who served during much of Vladi­mir Putin’s ascent, sat across the table from him and knows firsthand that he seeks to weaken our country.”

“I am also someone who, by a strange twist of fate, was a young staff attorney on the House Judiciary Committee’s Watergate impeachment inquiry in 1974, as well as first lady during the impeachment process that began in 1998. And I was a senator for New York after 9/11, when Congress had to respond to an attack on our country. Each of these experiences offers important lessons for how we should proceed today.”

“First, like in any time our nation is threatened, we have to remember that this is bigger than politics. What our country needs now is clear-eyed patriotism, not reflexive partisanship. Whether they like it or not, Republicans in Congress share the constitutional responsibility to protect the country. Mueller’s report leaves many unanswered questions — in part because of Attorney General William P. Barr’s redactions and obfuscations. But it is a road map. It’s up to members of both parties to see where that road map leads — to the eventual filing of articles of impeachment, or not. Either way, the nation’s interests will be best served by putting party and political considerations aside and being deliberate, fair and fearless.”

“Second, Congress should hold substantive hearings that build on the Mueller report and fill in its gaps, not jump straight to an up-or-down vote on impeachment.”

“Watergate offers a better precedent. Then, as now, there was an investigation that found evidence of corruption and a coverup. It was complemented by public hearings conducted by a Senate select committee, which insisted that executive privilege could not be used to shield criminal conduct and compelled White House aides to testify. The televised hearings added to the factual record and, crucially, helped the public understand the facts in a way that no dense legal report could. Similar hearings with Mueller, former White House counsel Donald McGahn and other key witnesses could do the same today.”

“During Watergate, the House Judiciary Committee also began a formal impeachment inquiry that was led by John Doar, a widely respected former Justice Department official and hero of the civil rights struggle. He was determined to run a process that the public and history would judge as fair and thorough, no matter the outcome. If today’s House proceeds to an impeachment inquiry, I hope it will find someone as distinguished and principled as Doar to lead it.”

“Third, Congress can’t forget that the issue today is not just the president’s possible obstruction of justice — it’s also our national security. After 9/11, Congress established an independent, bipartisan commission to recommend steps that would help guard against future attacks. We need a similar commission today to help protect our elections. This is necessary because the president of the United States has proved himself unwilling to defend our nation from a clear and present danger. It was just reported that Trump’s recently departed secretary of homeland security tried to prioritize election security because of concerns about continued interference in 2020 and was told by the acting White House chief of staff not to bring it up in front of the president. This is the latest example of an administration that refuses to take even the most minimal, common-sense steps to prevent future attacks and counter ongoing threats to our nation.”

“Fourth, while House Democrats pursue these efforts, they also should stay focused on the sensible agenda that voters demanded in the midterms, from protecting health care to investing in infrastructure. During Watergate, Congress passed major legislation such as the War Powers Act, the Endangered Species Act and the Federal-Aid Highway Act of 1973. For today’s Democrats, it’s not only possible to move forward on multiple fronts at the same time, it’s essential. The House has already passed sweeping reforms that would strengthen voting rights and crack down on corruption, and now is the time for Democrats to keep their foot on the gas and put pressure on the do-nothing Senate. It’s critical to remind the American people that Democrats are in the solutions business and can walk and chew gum at the same time.”

“We have to get this right. The Mueller report isn’t just a reckoning about our recent history; it’s also a warning about the future. Unless checked, the Russians will interfere again in 2020, and possibly other adversaries, such as China or North Korea, will as well. This is an urgent threat. Nobody but Americans should be able to decide America’s future. And, unless he’s held accountable, the president may show even more disregard for the laws of the land and the obligations of his office. He will likely redouble his efforts to advance Putin’s agenda, including rolling back sanctions, weakening NATO and undermining the European Union.”

Link to entire article: Hillary Clinton: Mueller documented a serious crime against all …