On the 22nd of March 2019, the FBI’s Special Counsel Robert Mueller III delivered as required, his final report pertaining to its 22 months long Trump-Russia probe to the Department of Justice’s head, the Attorney General William Barr.
****
Despite the Attorney General William Barr’s attempts to publicly white-wash the FBI’s final report to provide cover for the republican President Donald Trump, both Mr. Barr and Mr. Mueller agreed, that Russia did indeed conduct a covert operation in 2016, an all out, full throttle, multi prong attack against US elections’ infrastructure designed to effect the election outcome in favor of Mr. Trump, and that Russia is continuing in these efforts. In short, Moscow made a concerted effort to sabotage the 2016 US elections and its agents plan to do likewise in 2020 US elections.
****
This is why the president’s refusal to face the reality that Russia did indeed attack US elections’ infrastructure in 2016 is a big deal as he resists protecting this country from future similar cyber-warfare on our elections’ systems.
****
Link: [Read the full, redacted Mueller report
****

“In the months before Kirstjen Nielsen was forced to resign, she tried to focus the White House on one of her highest priorities as homeland security secretary: preparing for new and different Russian forms of interference in the 2020 election.”

“President Trump’s chief of staff told her not to bring it up in front of the president.”

“Ms. Nielsen left the Department of Homeland Security early this month after a tumultuous 16-month tenure and tensions with the White House. Officials said she had become increasingly concerned about Russia’s continued activity in the US during and after the 2018 midterm elections — ranging from its search for new techniques to divide Americans using social media, to experiments by hackers, to rerouting internet traffic and infiltrating power grids.”

“But in a meeting this year, Mick Mulvaney, the White House chief of staff, made it clear that Mr. Trump still equated any public discussion of malign Russian election activity with questions about the legitimacy of his victory. According to one senior administration official, Mr. Mulvaney said it “wasn’t a great subject and should be kept below his level.”

“Even though the Department of Homeland Security has primary responsibility for civilian cyberdefense, Ms. Nielsen eventually gave up on her effort to organize a White House meeting of cabinet secretaries to coordinate a strategy to protect next year’s elections.”

“As a result, the issue did not gain the urgency or widespread attention that a president can command. And it meant that many Americans remain unaware of the latest versions of Russian interference.”

“After this article was published on Wednesday, Mr. Mulvaney said through a spokesman, “I don’t recall anything along those lines happening in any meeting.”

“He said the Trump administration would not tolerate foreign interference in American elections and was working to prevent it, including by increasing coordination and intelligence sharing among state, local and federal governments.”

“While American intelligence agencies have warned of the dangers of new influence campaigns penetrating the 2020 elections, Mr. Trump and those closest to him have maintained that the effects of Russia’s interference in 2016 was overblown.”

You look at what Russia did — you know, buying some Facebook ads to try to sow dissent and do it — and it’s a terrible thing,” Jared Kushner, the president’s son-in-law and senior adviser, said on Tuesday during an interview at the Time 100 Summit in New York.

“But I think the investigations, and all of the speculation that’s happened for the last 2 years, has had a much harsher impact on our democracy than a couple of Facebook ads,” he said.”

Before she resigned under pressure on April 7, Ms. Nielsen and other officials looked for other ways to raise the alarm.

The opening page of the Worldwide Threat Assessment, a public document compiled by government intelligence agencies that was delivered to Congress in late January, warned that “the threat landscape could look very different in 2020 and future elections.”

By comparison, cyberthreats have taken a back seat among security priorities at the White House.

Mr. Trump’s national security adviser, John R. Bolton, eliminated the position of cybersecurity coordinator at the White House last year, leaving junior aides to deal with the issue. In January, Ms. Nielsen fumed when 45 percent of her cyberdefense work force was furloughed during the government shutdown.

“Ms. Nielsen grew so frustrated with White House reluctance to convene top-level officials to come up with a governmentwide strategy that she twice pulled together her own meetings of cabinet secretaries and agency heads. They included top Justice Department, F.B.I. and intelligence officials to chart a path forward, many of whom later periodically issued public warnings about indicators that Russia was both looking for new ways to interfere and experimenting with techniques in Ukraine and Europe.”

“One senior official described homeland security officials as adamant that the United States government needed to significantly step up its efforts to urge the American public and companies to block foreign influence campaigns. But the department was stymied by the White House’s refusal to discuss it, the official said.”

“As a result, the official said, the government was failing to adequately inform Americans about continuing influence efforts.”

“A second senior administration official said Ms. Nielsen began pushing after the November midterms for the governmentwide efforts to protect the 2020 elections.” 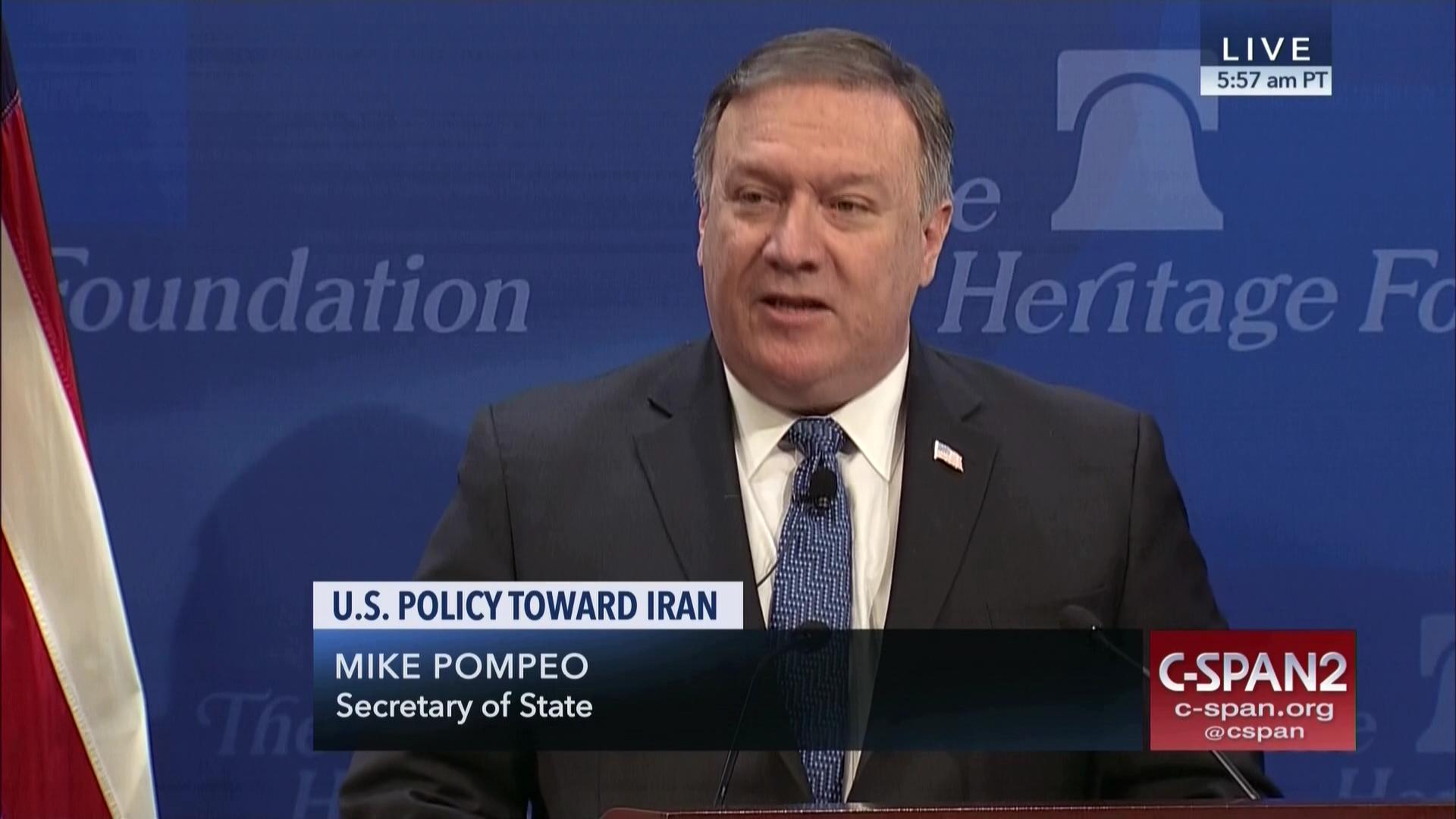 “That official said Ms. Nielsen wanted to make election security a top priority at meetings of Mr. Trump’s principal national security aides, who resisted making it a focus of the discussions given that the 2020 vote was, at the time, nearly two years away.”

“On Friday, the day after Mr. Mueller’s conclusions were made public, Secretary of State Mike Pompeo said the Trump administration would continue to confront Moscow on its attempts to meddle in the 2020 elections.”

“Russia interferes in a number of places,” Mr. Pompeo said. “I don’t think there’s been a discussion between a senior U.S. official and Russians in this administration where we have not raised this issue about our concern about Russia’s interference in our elections.” 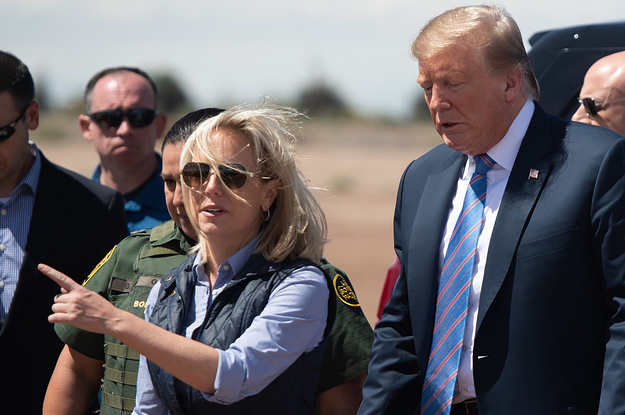 “I do believe the Department of Homeland Security and the White House should be prioritizing this threat and should be doing so consistent with the intelligence community’s own assessment,” said Lisa Monaco, who was among officials who worked to counter Russian cyberinterference in 2016 as the White House homeland security adviser to Mr. Obama.”

“She said parts of Mr. Mueller’s report showed how the threat from Russia had grown.”

“More recently, officials at the Department of Homeland Security credited unprecedented help from Facebook, Google and Microsoft to block malicious influence campaigns in the 2018 elections, including by taking down inauthentic posts or other suspect activity quickly. Microsoft also warned of attacks on the offices of 2 senators.”

“Before the midterms, the US Cyber Command created a so-called Russia Small Group of American officials to disrupt election influence campaigns by two groups whose members were indicted as part of Mr. Mueller’s investigation: the G.R.U., which is Moscow’s military intelligence agency, and the Internet Research Agency, a troll farm with ties to Mr. Putin.”

“Matthew Masterson, a senior adviser at the Department of Homeland Security who coordinates its election cybersecurity, said Russian interference remained a threat as the 2020 presidential campaign approached.”

“He said the department’s Cybersecurity and Infrastructure Security Agency is working with American states to fortify election systems to prevent Russians and other hackers from penetrating voter registration records. The department is also working with other federal agencies to provide state officials with more information about election interference efforts.” 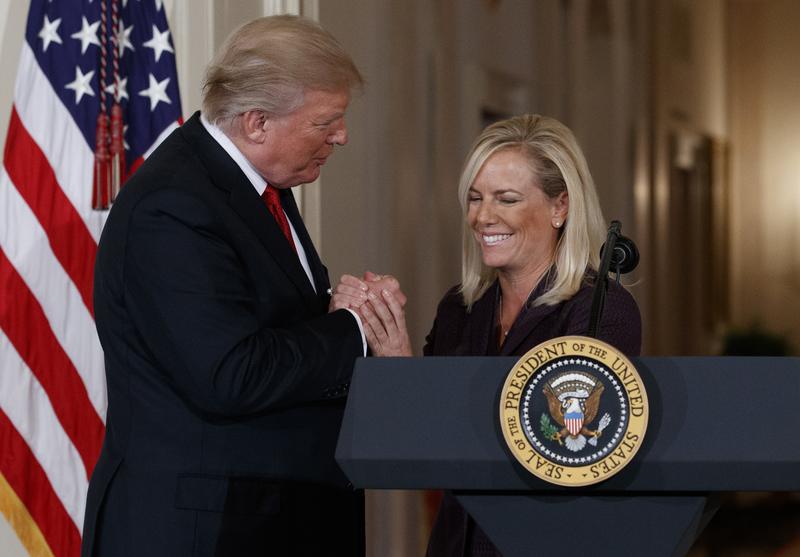 “Russian intelligence’s 2016 covert actions to divide Americans by interfering in our election were so successful,” said Kevin T. Carroll, a former C.I.A. officer who was a senior official at the Department of Homeland Security during the first two years of the Trump administration.”

See: US Voting Machines Are Still Vulnerable To Manipulations By Nefarious Actors As In 2016