We all know that the republican President Donald Trump lies to paint himself in the best light possible, especially with his base of voters including those in the military who seem to buy just about anything he claims. Lately, his daily penchant for sharing falsehoods is off the charts. What frosts me, is that he has been listing his successes with military VA healthcare systems’ improvements that were originated by the previous Democratic Party President Barack Obama.

See: April 2018 Firing Of VA Head Shulkin To Be Replaced By Lackey Was Blueprint For DOJ Coup

“Boastful on the occasion of Memorial Day, President Donald Trump and his Veterans Affairs secretary are claiming full credit for health care improvements that were underway before they took office.”

“Trump said he passed a private-sector health care program, Veterans Choice, after failed attempts by past presidents for the last “45 years.” That’s not true. The Choice program, which allows veterans to see doctors outside the government-run VA system at taxpayer expense, was first passed in 2014 under President Barack Obama.”

“Trump’s VA secretary, Robert Wilkie, also is distorting the facts. Faulting previous “bad leadership” at VA, Wilkie suggested it was his own efforts that improved waiting times at VA medical centers and brought new offerings of same-day mental health service. The problem: The study cited by Wilkie on wait times covers the period from 2014 to 2017, before Wilkie took the helm as VA secretary. Same-day mental health services at VA were started during the Obama administration under Wilkie’s predecessor, David Shulkin.”

“The half-truths and exaggerations came in a week when selective accounting was a norm in Trump’s rhetoric, extending into his trip to Japan , where he inflated the drop in the U.S. unemployment rate for women.” 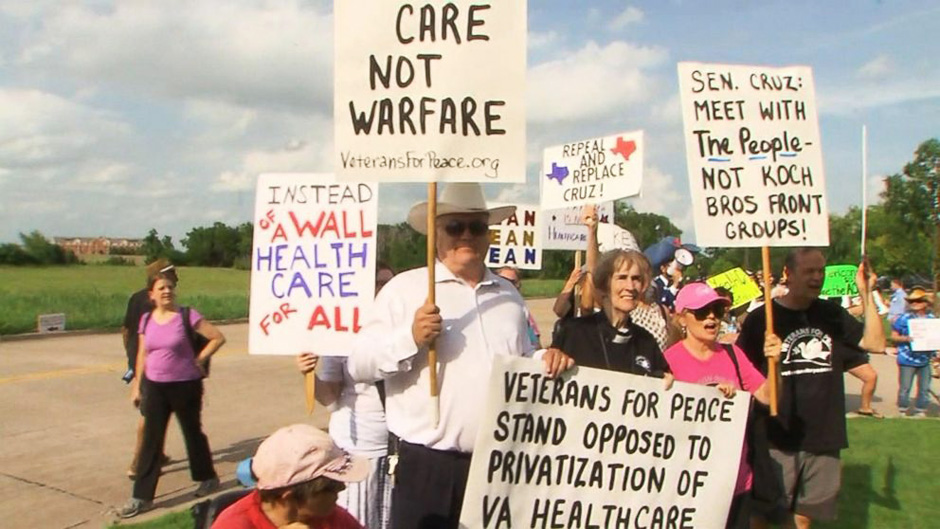 A look at the claims, about the Russia investigation, the border, drug prices and more:

“TRUMP: “We passed VA Choice and VA Accountability to give our veterans the care that they deserve and they have been trying to pass these things for 45 years.” — Montoursville, Pennsylvania, rally on May 20.”

“THE FACTS: Wrong. Trump is not the first president in 45 years to get Congress to pass Veterans Choice; Obama did it in the wake of a scandal at VA’s medical center in Phoenix, where some veterans died while waiting months for appointments. The program currently allows veterans to see doctors outside the VA system if they must wait more than 30 days for an appointment or drive more than 40 miles (65 kilometers) to a VA facility.” “Trump did expand eligibility for the program. Now, starting June 6, veterans are to have that option for a private doctor if their VA wait is only 20 days (28 for specialty care) or their drive is only 30 minutes.”

“Still, VA’s top health official, Dr. Richard Stone, described the new program’s start to “almost be a non-event” in testimony to Congress. That’s in part because wait times in the private sector are typically longer than at VA. In 2018, 34 percent of all VA appointments were with outside physicians, down from 36 percent in 2017.”

“Also key to the Choice program’s success is an overhaul of VA’s electronic medical records to allow seamless sharing of them with private physicians, a process expected to take up to 10 years. Wilkie has said full implementation of the expanded Choice program is “years” away.” 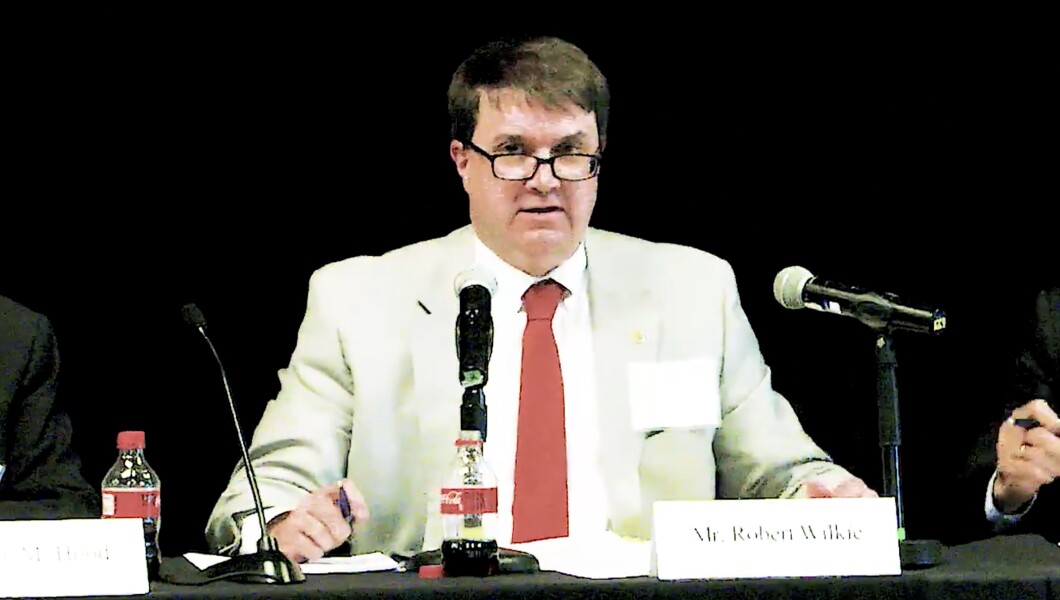 WILKIE: “The first thing I did was change out the leadership at VA. … (The president) also allowed me to change out leadership in the VA centers. If someone wasn’t walking the post, getting to know the people who work for her or him, or getting to know those veterans, they had to leave. And, as a result, the Journal of the American Medical Association this year said that our waiting times are now as good or better than any in the private sector.” — interview Thursday with Fox News.”

THE FACTS: “It’s true that a study by the medical association came out in January that found wait times at VA medical centers on average were better than the private sector. But the improvement wasn’t a “result” of anything that Wilkie did: The study involved a period largely covering the Obama administration — and before Wilkie became acting VA secretary in late March 2018.”

“In fact, in a VA press release in January announcing the study’s results, Wilkie credits the department’s “concerted” effort to improve access to care “since 2014.” 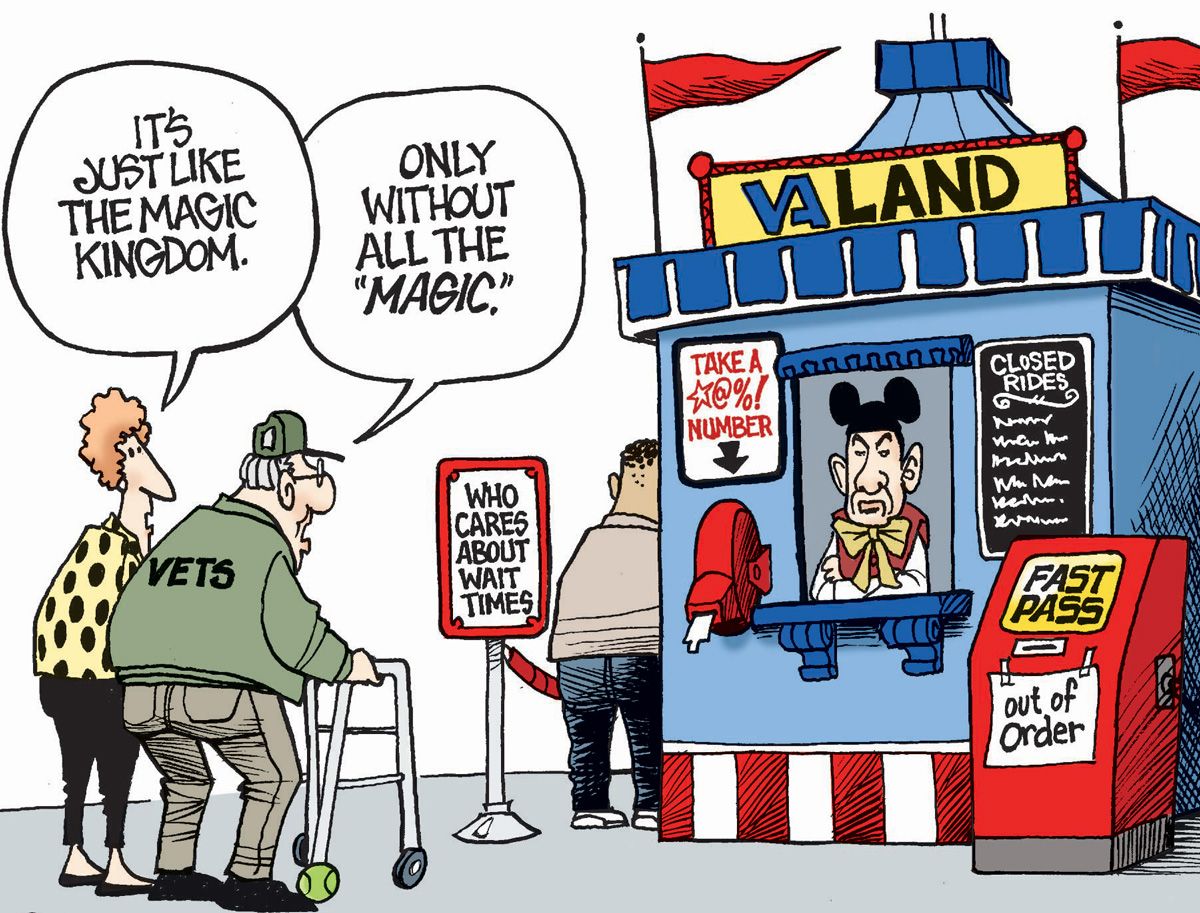 “According to the study, the number of patients seen yearly in VA increased slightly between 2014 and 2017, to about 5.1 million. VA patient satisfaction also rose, according to patient surveys cited in the study.”

WILKIE: “The VA “had suffered from bad leadership. And that’s a bipartisan comment. And the second thing I had to do was make sure that as we approach our veteran population that we make sure that they are at the center, their needs are at the center of what we do … I think we’ve had it backwards at VA for many years. … One of the things that we’re doing at VA is that we have same-day mental health service. … It is huge.” — interview with Fox News.”

“VA’s effort to provide same-day primary and mental-health care when medically necessary at every VA medical center was publicized in April 2016 under the Obama administration. At the time, Shulkin was helping lead the effort as VA’s top health official. By late 2016, the department’s blog announced that the goal of same-day mental health services would be achieved by year’s end.”

“A Dec. 23, 2016, article in the Harvard Business Review cites new same-day services at all VA hospitals as evidence of notable progress at the department. Shulkin, who was then named by Trump to be his VA secretary, told Congress in late January 2017 the services already were fully in place.”

“Trump selected Wilkie to be his VA secretary after firing Shulkin in March 2018 because of ethics charges and internal rebellion at the department over the role of private care for veterans. Trump’s initial replacement choice, White House doctor Ronny Jackson, withdrew after allegations of workplace misconduct surfaced. While Wilkie has been credited by both parties in Congress for bringing stability to the department, the VA improvements he attributes to himself this past week are misplaced.”

TRUMP, on the unemployment rate: “With women, we have the best numbers we’ve had in now 71 years. That’s going to be, very soon, a historic number, meaning the best ever.” — remarks Saturday with Japanese business leaders in Tokyo.

THE FACTS: The unemployment rate for women is not the best in 71 years.

TRUMP: “My Administration is achieving things that have never been done before, including unleashing perhaps the Greatest Economy in our Country’s history.” — tweet (5/22/2019).

THE FACTS: “The economy is solid but it’s not one of the best in our country’s history, no matter how many times he asserts it. Trump is also claiming full credit for an economic expansion that began under Obama in mid-2009.”

“In the late 1990s, growth topped 4 percent for four straight years, a level it has not yet reached on an annual basis under Trump. Growth even reached 7.2 percent in 1984.”

“TRUMP claims “the best unemployment numbers in history.” — Pennsylvania rally on May 20.”

THE FACTS: “Federal prosecutors may not agree with that assertion, which he made in response to House Speaker Nancy Pelosi’s accusation that the president was engaged in a cover-up. Trump spoke after breaking off an infrastructure meeting when Pelosi and Sen. Chuck Schumer, D-N.Y., came to the White House for it.”

“In particular, the Justice Department says the hush money payments were unreported campaign contributions meant to influence the outcome of the election. That assertion makes the payments subject to campaign finance laws, which restrict how much people can donate to a campaign and bar corporations from making direct contributions.”

“Trump has said the payments were “a simple private transaction,” not a campaign contribution.”

“Separately, the Mueller report found that Trump dictated his son Trump Jr.’s misleading statement about a June 2016 meeting at Trump Tower to cloak its purpose.” 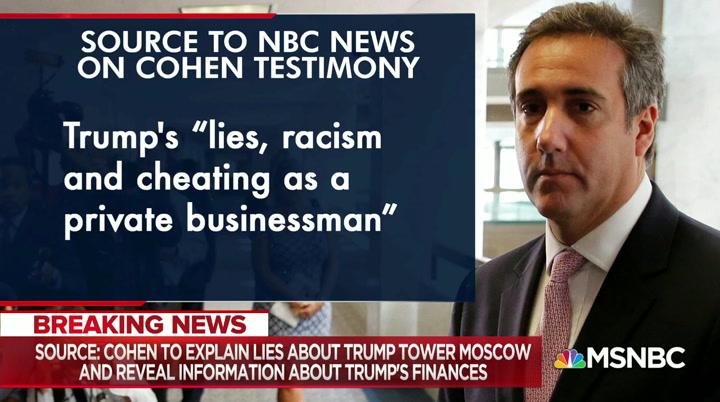 “Cohen, who pleaded guilty last year to campaign finance crimes in connection with those payments, had previously implicated Trump. The department’s filings backed up Cohen’s claims.”

“The Mueller report said Trump learned in summer of 2017 that the news media planned to report on the meeting at Trump Tower between senior campaign officials and Russians offering derogatory information about Hillary Clinton, the Democratic presidential nominee.”

“Trump directed aides not to disclose the emails setting up the meeting. Before the emails became public, the president also edited a press statement for Donald Trump Jr. by deleting a line that acknowledged that the meeting was “with an individual who (Trump Jr.) was told might have information helpful to the campaign” and instead said only that the meeting was about adoptions.”

“That episode was among 10 identified by the Mueller investigation of possible obstruction of justice by Trump. Mueller said in his report that he could not conclusively determine that Trump had committed a crime or that he hadn’t.”

THE FACTS: “A two-year investigation that produced guilty pleas, convictions and criminal charges against Russian intelligence officers and others with ties to the Kremlin, as well as Trump associates, is not a hoax.”

“Mueller charged 34 people, including the president’s former campaign chairman, Paul Manafort, his first national security adviser, Michael Flynn, and 3 Russian companies. Twenty-five Russians were indicted on charges related to election interference, accused either of hacking Democratic email accounts during the campaign or of orchestrating a social media campaign that spread disinformation on the internet.”

“Five Trump aides pleaded guilty and agreed to cooperate with Mueller, and a sixth, longtime confidant Roger Stone, is awaiting trial on charges he lied to Congress and engaged in witness tampering.”

“Mueller’s report concluded that Russian interference in the 2016 presidential election was “sweeping and systematic.” Ultimately, Mueller didn’t find a criminal conspiracy between Russia and the Trump campaign. But the special counsel didn’t render judgment on whether Trump obstructed justice, saying his investigators found evidence on both sides.”