Before the republican President Donald Trump acted to fire the Attorney General Jeff Sessions by forcing him to write a resignation letter, which allowed him to appoint his lackey Matt Whitaker, there was the April 2018 VA fiasco. He forced the Veterans Affairs Secretary David Shulkin to write a resignation letter, so that he could ensconce his #2 lackey choice, pro-VHA privatization Robert Wilke based on the FVRA Federal Vacancies Reform Act. The President’s nomination for the #1 lackey Ronny Jackson failed. After about 90 days and around July 2018, the president made the appointment for Robert Wilke as VA chief permanent.

The president knew he could circumvent federal rules because he got away with this Machiavellian move around March/ April 2018 without any oversight from the GOP majority led US Congress.

In January 2019, the Democratic Party lawmakers of US House of Representatives will be in a majority position where they can conduct their oversight duties that have been neglected by their GOP colleagues since January 2017. It is my contention that they cannot exercise their duties over the president’s appointment of Matt Whitaker as acting attorney general of the (DOJ) US Department of Justice without also reviewing what happened previously at the VA, as this was the blueprint of the president’s recent actions regarding the DOJ.

Here’s the background on the Veterans Affairs Department…

Around April 2018, On behalf of veterans in Arizona and Washington, D.C., and in conjunction with the veterans group, VoteVets, Democracy Forward has filed a lawsuit challenging President Trump’s unlawful appointment of Robert Wilkie as Acting Secretary of Veterans Affairs. By bypassing Deputy Secretary Thomas Bowman, who White House officials described as an obstructionist to the administration’s plans to privatize healthcare for the nation’s veterans, President Trump violated the Federal Vacancies Reform Act (FRVA), the Appointments Clause of the Constitution, and other federal laws.

The filing can be found here: https://democracyforward.org/wp-content/uploads/2018/04/Wilkie-DE-1-Complaint.pdf 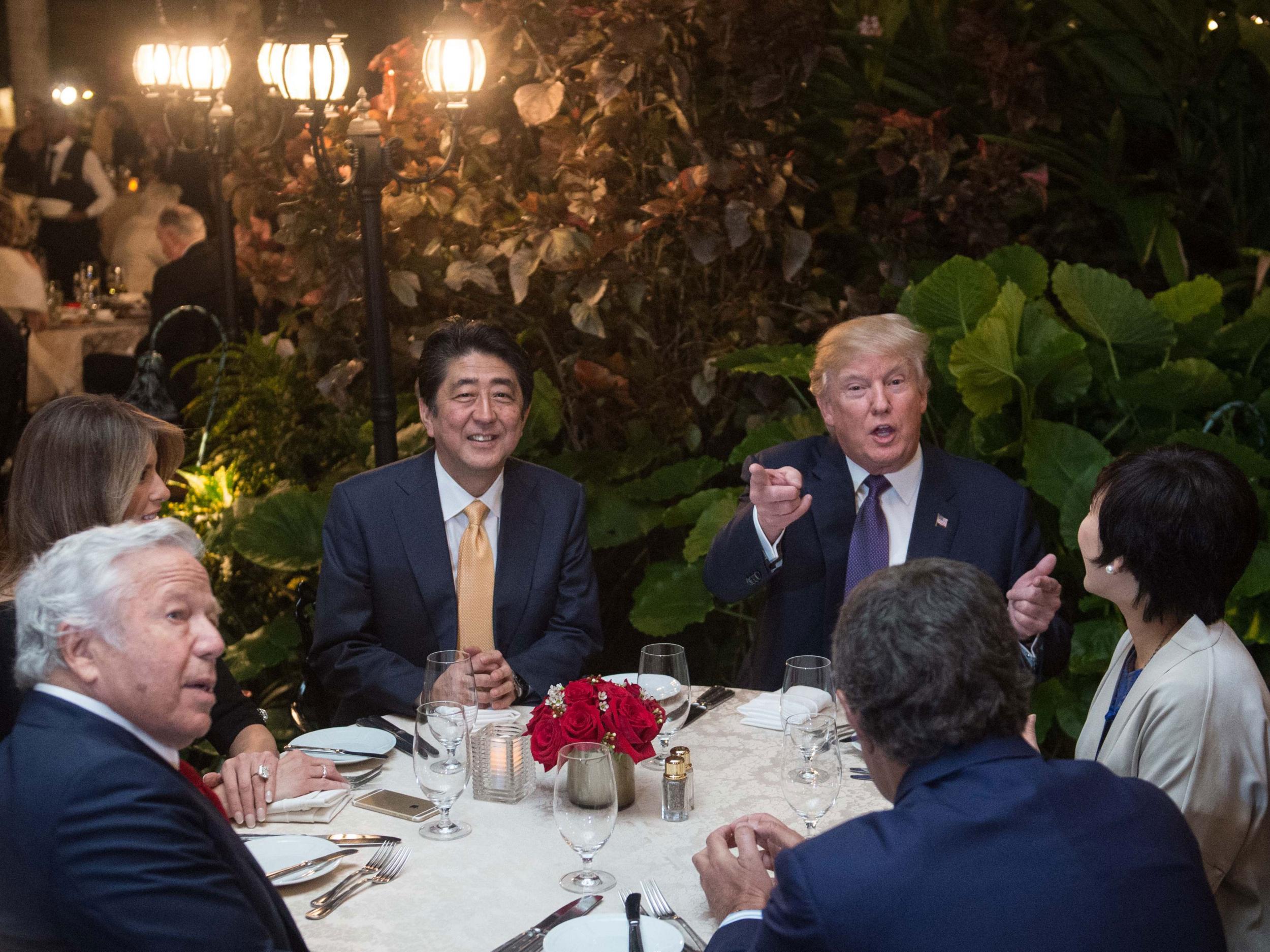 Around August 2018, VoteVets also filed a suit against 3 of President Trump’s Mar-a-Lago chums who took it upon themselves to direct policies pertaining to the Veterans Healthcare system (VHA). The trio, dubbed the “Mar-a-Lago Crowd,” is comprised of Marvel Entertainment Chairman Ike Perlmutter, lawyer Marc Sherman and Bruce Moskowitz, a Palm Beach doctor. None of them have the chops or background to where they should be in a position of having anything to do with the VA. The VoteVets lawsuit was based on this  news report.

VoteVets argues in the suit that the existence of the secret council broke the Federal Advisory Committee Act, an open government law that requires transparency of outside advisory groups.

“Wilkie, who also serves as the Defense Department’s under secretary for personnel and readiness, was named the acting head of VA last month (March 2018) when President Donald Trump dismissed then Secretary David Shulkin over Twitter.”

“But Wilkie’s appointment has raised concerns among multiple veterans groups, who have complained the role should have gone to Deputy Secretary Thomas Bowman, the next leader in line at the department. Like Shulkin, Bowman in recent months has sparred with White House officials on policy matters, but White House officials have not yet said whether he will lose his job.”

“The lawsuit, filed by the left-leaning VoteVets and executive branch watchdog Democracy Forward, charges that by bypassing Bowman, Trump violated the Federal Vacancies Reform Act along with other federal statutes.”

“At issue is whether Shulkin was officially fired or resigned. Under federal rules, the president can only go outside the normal chain of command to appoint a new acting secretary if the prior office holder “dies, resigns, or is otherwise unable to perform the functions and duties of the office.”

“White House officials have said that Shulkin offered his resignation, opening the door to Wilkie’s appointment. Shulkin has insisted that he did not resign. Administration officials have not made public a resignation letter or other document to support their claim.” “Wilkie was nominated to be Under Secretary of Defense for Personnel and Readiness by President Donald Trump on July 25, 2017. This nomination was confirmed by the United States Senate on November 16, 2017″

“By July 23, 2018, Robert Wilkes had been acting VA secretary for over 90 days ,where the US Senate overwhelmingly voted to approve/ confirm President Trump’s latest pick Robert Wilkie to lead the Department of Veterans Affairs.”

On May 23, 2018, Steve Vladeck of Lawfare penned the following analysis, “The Federal Vacancies Reform Act and the VA: A Study in Uncertainty and Incompetence”

“Let’s start at the beginning: When a federal office becomes vacant, the default is usually that the “first assistant” to that office is entitled to exercise the functions of the office (but does not formally ascend to the office) on a temporary, or “acting,” basis. But both because numerous positions don’t have obvious “first assistants” and because sometimes there’s no one holding that position, either, Congress in 1998 sought to provide a bit more flexibility to the president when filling many—if not most—vacancies in federal offices.” 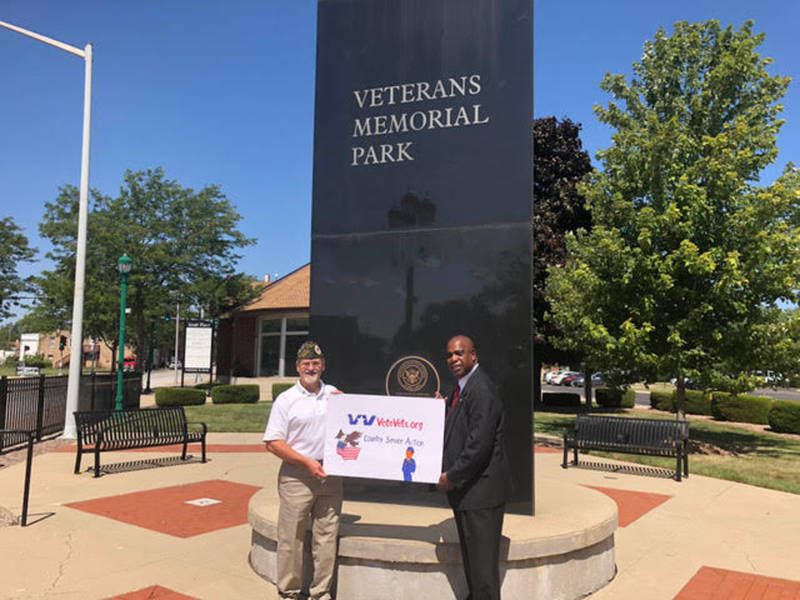 “Thus, as the FVRA provides, when an executive branch officer whose position requires Senate confirmation “dies, resigns, or is otherwise unable to perform the functions and duties of the office,” the default is still the “first assistant,” but the president can override that default—and choose any other executive branch officer holding a Senate-confirmed position, or some senior, non-Senate-confirmed officers from the relevant agency, to exercise the functions of the office for no more than 210 days. The two big questions that the FVRA raises but does not answer are whether (1) it overrides all agency-specific succession statutes, such that the FVRA process is always available; and (2) even if it does, whether it applies when the vacancy is created by the president—i.e., when the prior permanent officeholder is fired, rather than dies or resigns.”

“The former question is hypertechnical. (With regard to the Justice Department, at least, the Office of Legal Counsel has concluded that it can be used in lieu of the more specific DOJ succession statute.) The latter question is much more important—and much less clear. Although the text of the statute could be read to encompass all vacancies (and at least one senator said on the floor that it would apply to firings), there are strong prudential and contextual arguments militating in the other direction—including that the purpose of the FVRA is to give the president flexibility to deal with unexpected vacancies, not to create vacancies himself and then sidestep existing succession schemes. Indeed, if the answer to both questions is “yes,” then the president would have the power not only to create  vacancies in every executive branch office, but to fill them on a temporary basis with individuals who were never confirmed by the Senate either to that specific position, or, in some cases, at all. It’s easy to see, then, why the FVRA has loomed large in the repeated rumors over succession at the Department of Justice.”

“But for all of the focus on the Justice Department, the real flashpoint for the FVRA lately has been the Veterans Affairs Department (with an honorable mention to the Consumer Financial Protection Bureau). In late March, President Trump fired the VA Secretary, David Shulkin, and named a Pentagon undersecretary, Robert Wilkie, to serve as acting secretary under the FVRA. (The VA has its own succession statute, but that statute expressly incorporates other authorities.) Thus, Wilkie raised the big FVRA question: Does it apply when the vacancy is created by the president firing the incumbent? (Veterans’ groups brought a lawsuit arguing that the answer was no.)”

“Shortly after Shulkin was fired, however, the White House began arguing—loudly—that Shulkin had not been fired, but that instead, he had resigned. The only reason why this could have mattered is the FVRA: If the statute does not apply to vacancies created by the president, then Wilkie could not have been named to serve as acting VA secretary—and any actions he undertook in his capacity as acting VA secretary were subject to legal challenge. Thus, the White House, at least, seemed wary of the second FVRA question. (President Trump also ran into a different statutory problem when he nominated Rear Adm. Ronny Jackson, the White House doctor, to hold the position on a permanent basis, but that issue was mooted by Jackson’s withdrawal.)”

“This brings us to the latest VA-based FVRA kerfuffle: Last Friday, President Trump surprised everyone (including the putative acting secretary) by announcing at a public event that he was nominating Wilkie to hold the position of VA secretary on a permanent basis. Small problem: The FVRA expressly prohibits such a move. Although the FVRA allows lots of folks to hold an office on an acting basis, one of the few exceptions is an individual who has not been the “first assistant” to the office for at least 90 days who is then nominated by the president to hold the office permanently. Put another way, Wilkie’s formal nomination, by dint of the FVRA, disqualifies him from continuing to serve as acting secretary. This is not an open question about the FVRA; it’s compelled by the plain text.”

“Wholly apart from what this whole mess says about how seriously the Trump administration takes the VA (which is to say, not), it also suggests 2 important, related points about the FVRA: First, the White House is at least outwardly wary of the open question concerning its application in cases in which the vacancy is created by firing. It might therefore be a bit gun-shy about relying on the FVRA in a higher-profile case going forward. Second, the White House (or, at least, the president) doesn’t seem to fully understand the FVRA—as evidenced by the Wilkie mess. Neither of these conclusions is earth-shattering, of course. But both could be important markers for the vacancy fights to come.”

Around August 24, 2018, A federal court ruling opened the possibility for veterans to file suit against the Department of Veterans Affairs (VA) as a class rather than individuals, a move that advocates say could dramatically shift how legal cases against the bureaucracy are handled.

There is one conservative vet group CVA Concerned Veterans of America backed by the Koch brothers who have their tentacles all over attempting to privatize the VA system. All the other Vet organizations of any significance, were opposed to the placement of Robert Wilke as VA Secretary.