This is not a joke. The republican President Donald Trump has been downplaying for years, the role that Russia played in interfering with the 2016 US elections’ infrastructure. It stands to reason that the American public would be receptive to the president warning the Russia’s President Vladimir Putin not to make the mistake to repeat Russia’s 2016 attacks on US elections in 2020, but instead at the June 2019 G20 conference in Osaka, Japan, when Presidents Trump and Putin had a side meeting, President Trump turned this issue into a laughing matter.

Follow @eucopresident
“I strongly disagree with President Putin that liberalism is obsolete. What I find really obsolete are authoritarianism, personality cults, the rule of oligarchs. My press statement at #G20OsakaSummit

The FBI’s 3/22/2019 final report regarding its 22 months long Trump-Russia probe led by the former FBI Director of 12 years and the author of this report, the Special Counsel Robert Mueller III which includes details about how throughout the FBI’s investigative work, President Trump had attempted to prevent the American peoples from finding out how successfully Russia conducted a propaganda / cyber warfare against our US democracy in 2016 and how Russian officials plan to continue their nefarious tactics against US interests in 2020.
To add to the American peoples worries about election security issues in 2020, is the fact that the Republican Party Senate Majority Leader Mitch McConnell has been blocking any and all bipartisan bills to enhance measures to prevent a repeat of 2016 elections being attacked by Russia. 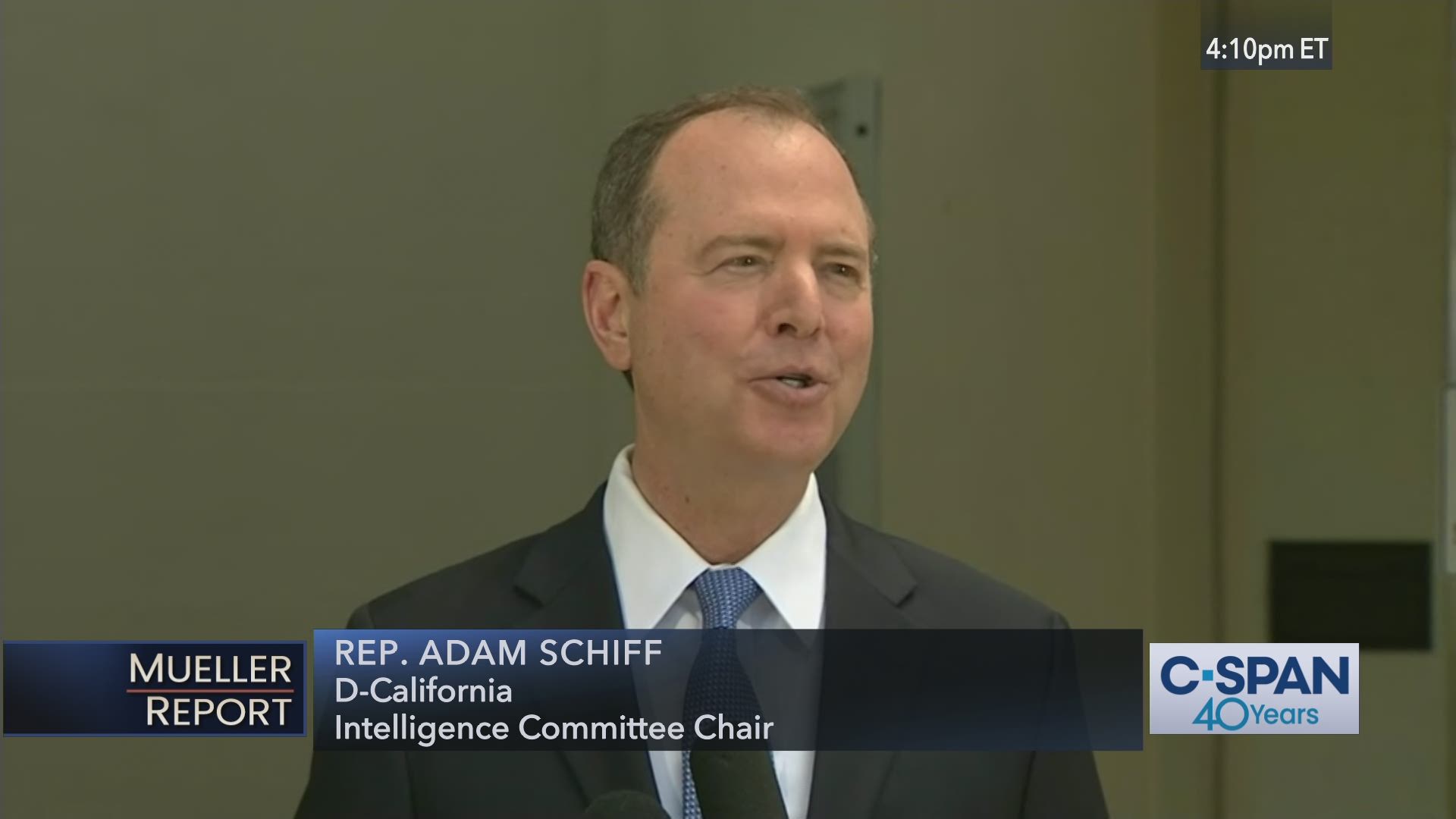 Adam Schiff‏Verified account @RepAdamSchiff tweeted the following on 6/27/2019 but this “Safe Act” will be DOA in the Senate because its GOP majority leader has been blocking all bipartisan security elections measures which is just another reason why I don’t get why the US House hasn’t commenced an impeachment inquiry against President Trump:

Following @RepAdamSchiff
BREAKING: The House just voted to safeguard our elections. The SAFE Act will:

“President Donald Trump issued a breezy warning to his Russian counterpart Friday against meddling in US elections, laughing and smiling as he told his counterpart not to interfere.”

“Don’t meddle in the election, please,” Trump said, smirking and wagging his finger at Putin. He only raised the matter after being questioned by reporters whether he would issue a warning.”
“Yes, of course I will,” Trump said before making his joking aside.”
“It was an off-hand moment that came at the start of the men’s first meeting since the conclusion of Robert Mueller’s investigation.”
“Trump said he enjoyed a “very, very good relationship” with Putin, and said “many positive things are going to come out of the relationship.”
****
“We have many things to discuss, including trade and some disarmament, some little protectionism, in a very positive way,” Trump said.”
****
“When he made his playful admonishment against election interference, Putin sat beside him laughing. Trump’s aides, including Secretary of State Mike Pompeo, also smiled.
It was hardly the serious confrontation that many of Trump’s critics — and even some officials in the US government — have been hoping he’d make ahead of the 2020 contest, which could be vulnerable again to foreign meddling efforts.”
****

****
“Instead, it appeared to be Trump’s way of injecting levity into what remains a deeply fractured Washington-Moscow relationship.”
****
“In the seven months since Trump last encountered his Russian counterpart, the Russians detained a former Marine on espionage charges and were accused by Mueller in his report of waging a “sweeping and systematic” influence campaign during the 2016 election.
****
That’s a distant cry from the warmed-up relations with Russia that Trump entered office vowing to pursue. When he sat down with Putin on the sidelines of the G20 summit here on Friday, ties between the two countries were near the lowest ebb since the Cold War.”
****
“In Trump’s view, that’s the fault of Democrats and overzealous investigators intent on finding links between his campaign and Russian officials. As he greeted Putin for the first time since Mueller concluded his investigation and released a final report, there was little to indicate his view of Moscow’s influence efforts has changed or that his prickliness on the topic had waned.”
****

“I’ll have a very good conversation with him,” Trump told reporters at the White House as he was departing for Japan.
****
But he declined to detail what he might say regarding election meddling, or whether he would raise it at all.
****
“What I say to him is none of your business,” Trump said.
****

“In newly disclosed testimony, former secretary of state Rex Tillerson said President Trump’s son-in-law, Jared Kushner, operated independently with powerful leaders around the world without coordination with the State Department, leaving Tillerson out of the loop and in the dark on emerging U.S. policies and simmering geopolitical crises.”

“In a transcript of his testimony to the House Foreign Affairs Committee, Tillerson also described the challenge of briefing a president who does not read briefing papers and often got distracted by peripheral topics, noting he had to keep his message short and focus on a single topic.”

“I learned to be much more concise with what I wanted to bring in front of him,” Tillerson told the House panel during a seven-hour session in May.”

“He stood by his previous characterization that Trump does not dive deep into details and said he learned not to give the president articles or long memos.” 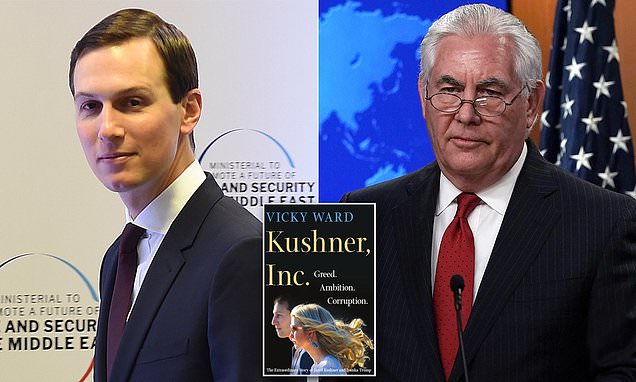 “On several occasions, Tillerson said he was blindsided by Kushner’s discussions with world leaders.”

“In one instance, Tillerson said he learned that Kushner was meeting with Mexico’s foreign secretary, Luis Videgaray, because he happened to be in the same Washington restaurant while the 2 men hashed out a “fairly comprehensive plan of action” that Tillerson didn’t know about.”

“The owner of the restaurant . . . came around and said, “Oh, Mr. Secretary, you might be interested to know the foreign secretary of Mexico is seated at a table near the back in case you want to go by and say hello to him,” Tillerson said. “And so I did.”

“Tillerson said he saw the “color go out of the face” of the foreign secretary as he walked into the room. “I said: Welcome to Washington. . . . Give me a call next time you’re coming to town.” 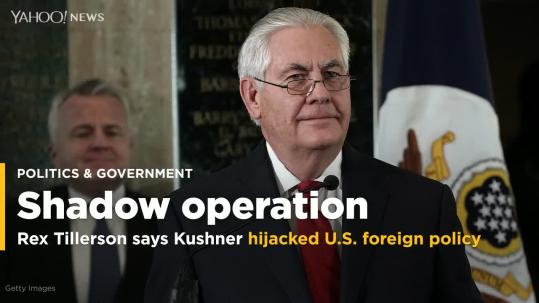 “In another instance, Tillerson explained in detail being stunned by the 2017 Persian Gulf crisis in which key Arab allies severed ties with Qatar, another key U.S. ally. He said he was in Australia at the time with then-Defense Secretary Jim Mattis, and both were caught off guard.”

“I was surprised,” Tillerson said.”

“He also said he wasn’t aware of meetings that had been occurring between Arab leaders and Kushner, including a private huddle May 20, 2017, between Kushner, Trump’s former adviser Stephen K. Bannon and the rulers of Saudi Arabia and the United Arab Emirates. During the meeting, Arab leaders discussed their intention to impose a blockade on Qatar, though the White House later denied prior knowledge of the June 5 closure.”

“What’s your reaction to a meeting of that sort having taken place without your knowledge?” Tillerson was asked by committee staff.”

“It makes me angry,” Tillerson said.” 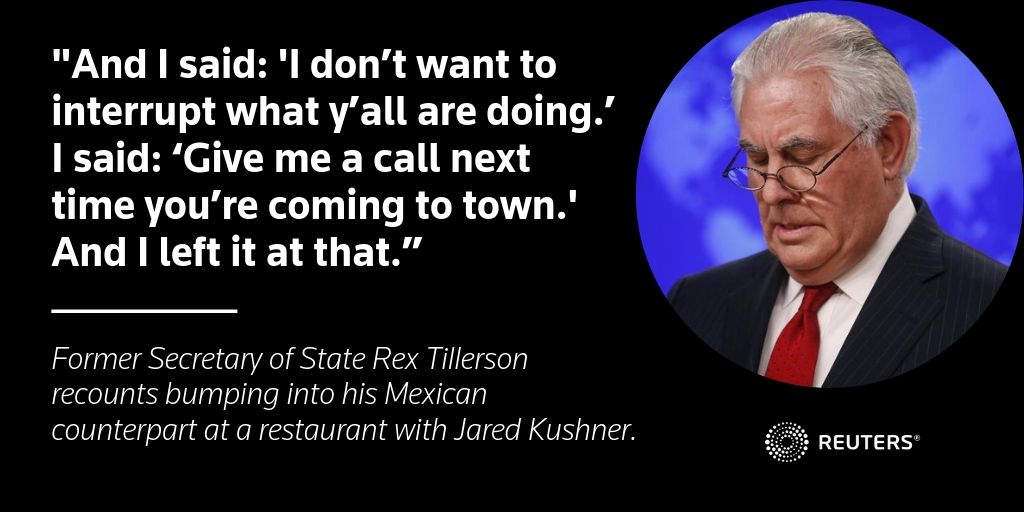 “White House spokesman Hogan Gidley said that such a gathering to “discuss the blockade never happened, and neither Jared, nor anyone in the White House, was involved in the blockade.” (And I believe in the tooth fairy.)

“Tillerson said he asked Kushner to stop making trips overseas without consulting with the embassy or the State Department.”

“On occasion the president’s senior adviser would make trips abroad and . . . was in charge of his own agenda,” he said.”

“When he raised the issue, Kushner said he “would try to do better,” Tillerson recalled. But “not much changed,” the former secretary of state said, making it difficult because everyone was not working from the “same playbook.”