Why Are Financial Experts Nervous About US Economy? It May Go South In 2020

There are the signs that the US economy will take a downward turn by November 2020, just in time for when the republican President Donald Trump and his cronies in the US Congress will be running to be reelected.

It’s a fact that the US is now in its 10th year of an economic recovery which matches the previous US historically longest period of economic expansion from 1991-2001. Then there’s the inverted yield curve which has been the most reliable predictor of an economic slowdown since the 1950s. This occurs when short term investments yield greater interest than long term ones, when the opposite is typical. This happened for the first time in 10 years in December 2018, and then in March and May of 2019.

The president has added and implemented economic policies that provide the headwinds for an economic slowdown like his tariffs on even our allies and neighbors, his lowering of the legal immigration numbers and his 2017 GOP tax cuts along with increased spending that has added to the US deficit numbers. 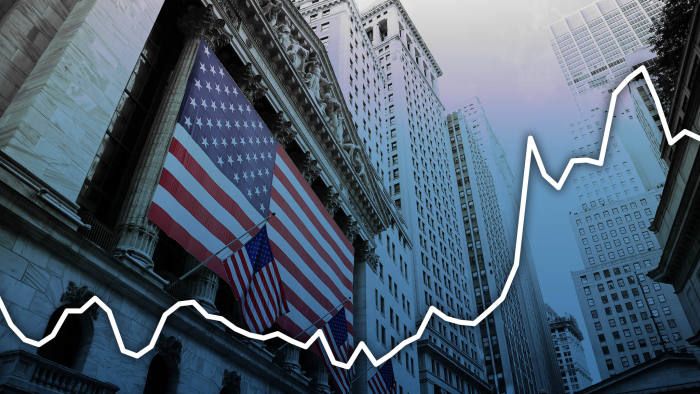 On June 30, 2019, Sam Hill of Newsweek penned the following analysis, “US ECONOMIC RECOVERY IS NOW THE LONGEST EVER. SO WHY ARE EXPERTS SO NERVOUS? | OPINION”

“On July 1, this officially becomes the longest recovery in U.S. history—ten years or 120 months, matching the expansion of 1991.

“It’s been quite a ride. According to Steve Rattner, who manages money for Michael Bloomberg and spoke at the Aspen Ideas Festival this week, economists call it the 3/3/3 expansion: 3 percent growth, 3 percent unemployment, and 3 percent wage increases. During the last ten years, there have only been two quarters with negative growth.” 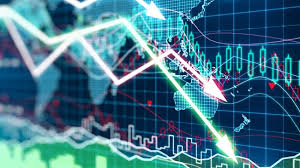 “According to the Bureau of Labor Statistics, the unemployment rate peaked at 10 percent and is now at 3.6 percent. Rattner says it would be even lower if Americans were more willing to relocate for jobs. The average net worth of households is at an all-time high. Consumer confidence is the highest it’s been since the dot com bubble in the 1990’s. Inflation is low—some economists argue that it’s too low—hovering below 2 percent. Or to use the metric many Americans use, at the depth of the 2008/9 recession, the Dow Jones Industrial Average dropped below 6,500 in March 2009. Recently it closed over 26,500, an increase of over 300 percent.”

“The real question is how much longer this can go on, and what happens when it stops. I spoke to large investors as well as executives and board members of financial institutions—in a word, the pros, the ones who spend their days watching a bank of screens with numbers and charts scrolling by and who, if they don’t get it right, find themselves out of work. None of them wanted me to use their names. Two agreed to talk off the record, then even backed out from that. The reason for their nervousness in a moment.”

“On a not-for-attribution basis, they all said the same thing: There’s reason to believe the recovery will end soon, and there’s a “reasonable probability the landing will be hard, although not nearly as hard as the crash of 2008,” as one source put it.”

“To understand why, it’s necessary to first understand what’s underneath the current expansion—interest rates, government spending and tax cuts. For the most part, fiscal and monetary policy under the Obama and Trump administrations has been pretty consistent. It’s created what one expert called “a perfect world for economic expansion and low unemployment.” Interest rates have been near historic lows. Government spending has been at historic highs. The tax cuts injected a huge amount of money into the system. And by cutting back some of the regulation that built up during the latter part of the Obama administration, Trump has seemed to buoy the “psyche” of small and medium-sized business owners.”

“But to a large extent, this expansion has been the result of how the government has managed the economy, rather than the underlying strength of the economy. It’s a little bit like a race car that wins not because it’s got the best engine, but because it’s got the best driver. It still won, and that’s great, but continuing to win depends on the driver being able to make up for a crappy engine. And economically, this expansion hasn’t been so good. Again, according to Rattner, underlying productivity increases have been low, as has corporate investment. And Rattner says running up the national debt without investing in infrastructure is in essence “eating our seed corn.”

“What to worry about? Maybe nothing. Just like a party, the economy keeps going as long as people want it to. There are a lot of reasons for this party to end. We have an enormous government deficit with the highest debt load as a percent of the economy since the end of WWII. Rattner calls the government deficit “intergenerational theft”; student debt, he says, is “another ticking time bomb.”

“There’s also a belief among the financial institutions that some of the bad habits that led to the 2008 crash are coming back. “There’s a lot more regulation than there used to be,” said an executive said, “and that’s good. The core is sound now. Banks aren’t doing stupid things. But there’s a lot going on outside the core. Perpetually low interest rates have driven investors to seek out higher yields, and as a consequence take on higher risks. It’s whack-a-mole. The money has to go somewhere and it’s going to private equity. Folks are lending to private equity with little or no covenants or traditional protections. It’s an unregulated world out there.”

“Another expert argued that given the size of the corporate tax cut, the stock market should be even higher than it is. The yield curve is inverted, which means short term rates are higher than long term rates. To put that in consumer terms, that’s like a 30-year mortgage being cheaper than a 15-year loan.”

“And while consumer confidence is still high, the Conference Board says this month it took a dip, dropping to its lowest level in 21 months, and it was a big drop—almost ten points to 121.5, well below what experts expected. Risk-weighted asset scores, a measure of how much risk is in the debt markets, are creeping up. Said another well-informed source: “The traditional measures of risk are flashing. Overall more corporate debate, a far greater proportion of the lowest investment grade debt (BBB) and a greater amount of below investment grade debt. Things are getting loose again, and if the economy hits a bump, much of that BBB debt could be below investment grade.” 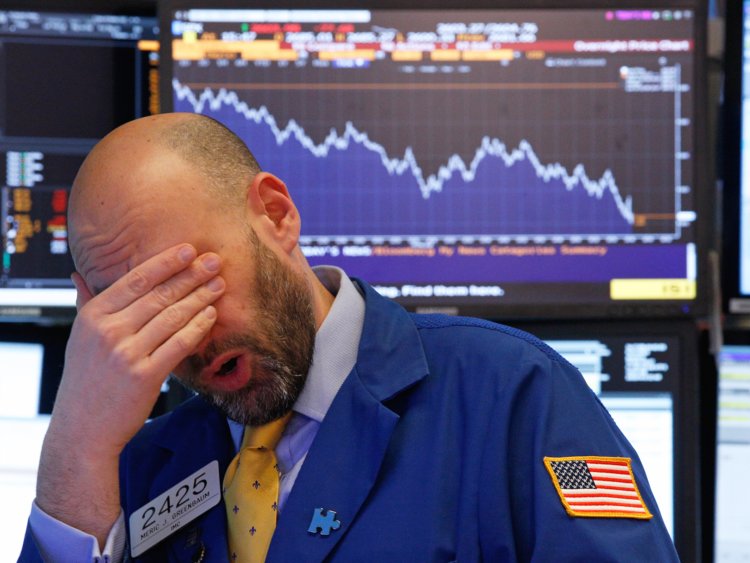 “Every expansion ends at some point. But not all endings are the same. This one could land softly simply because the economy runs out of steam—perhaps because the tariffs begin to bite—or hard because there’s a shock to the system like a cyber-attack or debt-liquidity crisis like the mortgage-loan crisis of 2008. (Although that’s probably not the right comparison. The banking system is stronger now so it’s less likely that liquidity would dry up overnight as it did then.) And of course, there could be a war.”

“The trouble is this: If the economy does start to slow down, the government doesn’t have a lot it can do in response, short of firing up the presses and printing money. The deficit is so high already, a trillion dollars a year, that there’s not a lot of room for another stimulus. Interest rates are already low. And any further tax cuts would likely be politically unfeasible, not to mention fiscally irresponsible given the national debt.”

Link to entire article: US Economic Recovery Is Now the Longest Ever. So Why Are Experts …