I’m sick and tired of watching the republican President Donald Trump being an embarrassment on the world stage as he acts counter to most of our long term US held values. For instance, at the June 2019 G20 Summit being held in Osaka, Japan, President Trump made a joke out of warning Russia not to repeat its 2016 interference into US elections in the upcoming 2020 US elections, and both leaders shared stories regarding the president’s problems with the US free press; he kowtowed to the the likes of the brutal dictator President Kim Jong-Un of N Korea; and he then played nice with Saudia Arabia’s Crown Prince (MBS) Mohammed bin Salman who ordered the savage dismemberment murder of a US resident and Washington Post journalist, Jamal Khashoggi. In the meantime President Trump dished on our allies and later, he refused to compromise on advocating for pro-climate change measures with our allies.

On the US home front, the news outlets have headlined numerous reports about how 1000s of children have been separated out from their Central American refugee families who have been legally seeking asylum at the US SW border as they flee the culture of extreme violence in their countries, to be abused and mistreated in detention centers that should be termed, torture chambers.

See: The Treatment of Migrants Likely ‘Meets the Definition of a Mass Atrocity’The New York Times 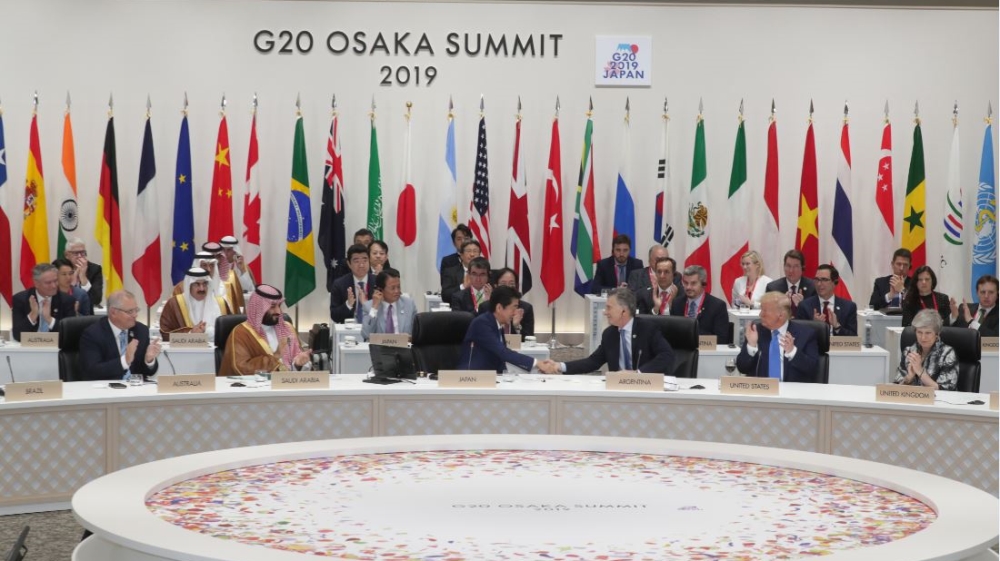 What kind of message do we send to the world as they learn that we in the USA have the power granted by the US Constitution to hold this president accountable via the impeachment process, but we made the deliberate choice not to exercise this tool because of political expediency?

The commencement by the House of an impeachment inquiry which would be subject to world-wide media coverage, is one sure way for the US to announce to the world that the values / behaviors on full display by the republican President Donald J. Trump are considered unacceptable by the vast majority of Americans. It’s a way to showcase how our forefathers via the 1789 US Constitution, granted the US Congress, a process/ tool called “impeachment” to hold an authoritarian would be leader, accountable for his lawless behaviors. It would show the world that the US governing body stands up for the “rule of law” principle where no one, not even President Trump is above the law. This is how we can remind the world, that, as per Ronald Reagan’s own words, “the USA is still that shining city upon a hill whose beacon light guides freedom-loving people everywhere.”

After reading and studying the Special Counsel Robert Mueller’s 448 page FBI’ 3/22/2019 final report about his findings regarding President Trump’s criminal activities based on his 22 months long Trump-Russia probe, I have become a zealous advocate for the House using its constitutionally mandated power, to begin the formality of an impeachment inquiry against our president.

In the last blog, I shared how I wish that after the FBI’s Special Counsel Robert Mueller III delivers his testimony at a US Congressional hearing on the 17th of July about his 3/22/2019 final report based on the FBI’s Trump-Russia probe, which provides ample details about the President Trump’s criminal enterprise being run out of the White House, that the House Judiciary Committee’s next move would be to convince the House Speaker Nancy Pelosi to commence an impeachment inquiry against the president.

Speaker Pelosi has been a staunch, unmovable opponent of the House initiating the formality of  an impeachment inquiry against President Trump because she believes this a divisive move that would exacerbate an already divided country. Also, there’re about 26 House Democrats from Trump-leaning districts who could be vulnerable in the 2020 elections where the GOP members only need to flip 18 seats to have the House back under GOP majority rule. That’s partly why the Democratic Party speaker has been insistent on having the House’s 6 oversight committees conduct investigations into the alleged criminal activities of President Trump and his administration without the formality of initiating impeachment proceedings, and to have the 2020 elections be the final voters’ verdict. It would pay for Speaker Pelosi to take time to also consider “the political costs of not impeaching President Trump, as per 6/3 GQ report.”

As per the above 6/3/2019 GQ report, “Even more ominously, Trump’s weaponized Department of Justice under Barr, who has shown himself to be Trump’s eager and obedient partner in abusing the power of the state to advance the president’s political interests, will inevitably invent a pretext for investigating the Democratic nominee. Democrats should consider whether they’d rather engage that fight against a president who has been impeached for serious crimes, or against a president strengthened by the de facto exoneration bestowed when his opponents declined to pursue the evidence against him.”

As a reminder, the US Constitution was written in 1787 by our forefathers with the core purpose to prevent the very type of tyrannical rule that “We the People” have been subjected to, ever since President Trump moved into the White House in January 2017. The drafters of the US Constitution granted the sole-non-legislative power of impeachment to the US House of Representatives for this very time in our history, the tool to check and/ or oust a lawless authoritarian type leader, like President Trump.

Until January 2021, the US House of Representatives of the US Congress is the only governmental entity with the power granted it by the US Constitution to hold President Trump accountable for all of his felonious activities via the impeachment process. There’re many of us who consider this formal step to be a constitutionally mandated solemn duty and obligation which should be implemented without consideration as to possible political risks.

I’m thinking that the US House Judiciary Committee led by the Chairman Rep. Jerry Nadler should conduct hearings after the commencement of an impeachment inquiry, about Mr. Mueller’s predictions regarding how Russia is planning to repeat its 2016 cyber warfare and propaganda campaign to interfere in US elections’ systems, again in 2020, and how President Trump and his cronies in the US Senate have been blocking the passage of any bipartisan legislation to prevent this from happening.

As per the 6/28/2019 OPB report, “A bill to mandate paper ballots in federal elections nationwide has passed the U.S. House. The Securing America’s Federal Elections Act (or the SAFE Act) now heads to the U.S. Senate. ” (The bill will be DOA in the US Senate.)

“If everybody had the Oregon voting system, there’d be no real question about the integrity of the ballot,” Blumenauer said. “There’d be a paper trail.”

“Blumenauer said requiring paper ballots for federal elections could encourage states to use the system for all elections, and potentially move to Oregon’s vote-by-mail system. ”

“When we have heightened awareness of the potential for people to tamper with the integrity of the election process, (we have) an opportunity to be able to bake in the Oregon paper ballot protections,” he said.”

“The bill would also give financial assistance to states in order to secure and maintain their election infrastructure.”