What’s This Business About Secret Army Missions Being Conducted In Washington DC Area?

With any other presidential administration other than that of the republican President Donald Trump, I would automatically assume the best when somehow the US Army let slip that there are secret military operations involving black-op helicopters being conducted  around the Washington DC area. Folks, the US Army personnel do not let classified data slip, or at least, I hope that’s the case. This has the smell of a good old fashioned leak.

So, here’s the question. Why’s the US Army conducting secret military operations around the DC area where its officials had to request additional funding?

If the US House’s Intelligence Committee hasn’t been informed of these not so secret military operations, this is a subject worth investigating. 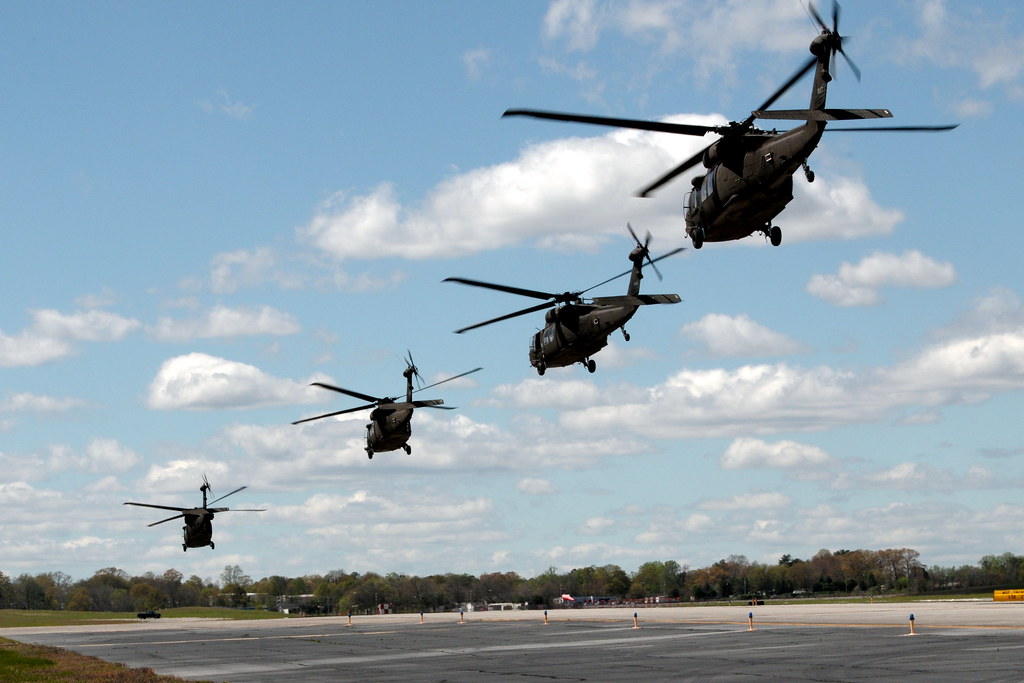 “The Pentagon has revealed a few details about a secret Army mission that has Black Hawk helicopters flying missions over the Washington, D.C., area backed by active-duty and reserve soldiers.”

“The mysterious classified operation was disclosed when the Army asked Congress for approval to shift funds to provide an extra $1.55 million for aircraft maintenance, air crews and travel in support of an “emerging classified flight mission.” 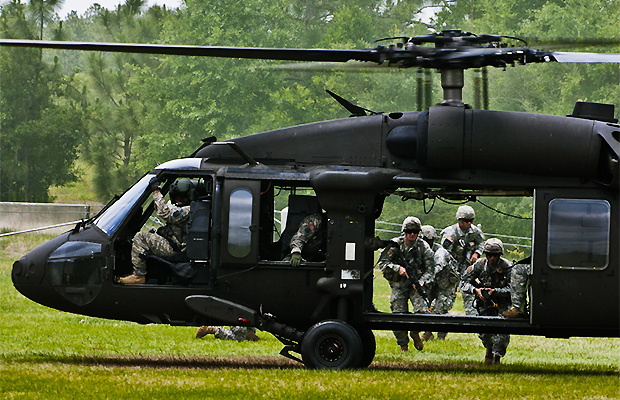 “It’s part of a $2.5 billion request this month to “reprogram” funds in the current fiscal year’s budget to programs considered high priorities. “Without additional funding, the Army will not be able to perform this classified mission,” the Defense Department said.”

“Soldiers from assault helicopter company and aviation maintenance units will be supporting the mission with 10 UH-60s and maintenance capabilities for four months,” according to the document, referring to the Black Hawks. The money will also pay for a specialized “Sensitive Compartmented Information Facility” at Davison Army Airfield at Fort Belvoir, Virginia, just outside Washington.”

“Army spokesman Wayne Hall declined in an email to comment on some possibilities — including whether the mission involved protecting the White House or other federal buildings and whether it’s making use of specialized commando units of the Pentagon’s Joint Special Operations Command, which includes the Army’s Delta unit and Navy’s Seal Team Six.”

As per 7/22/2019, The Drive published the following report, “What’s The Deal With Army Helicopters Flying A Secret New Mission Over The Capital?” by Joseph Trevithick:

“Wayne Hall, an Army spokesperson, declined to offer any additional specifics to Bloomberg, but did say that the mission had begun early in the 2019 Fiscal Year, which started on Oct. 1, 2018, and had an “undetermined” end date.” 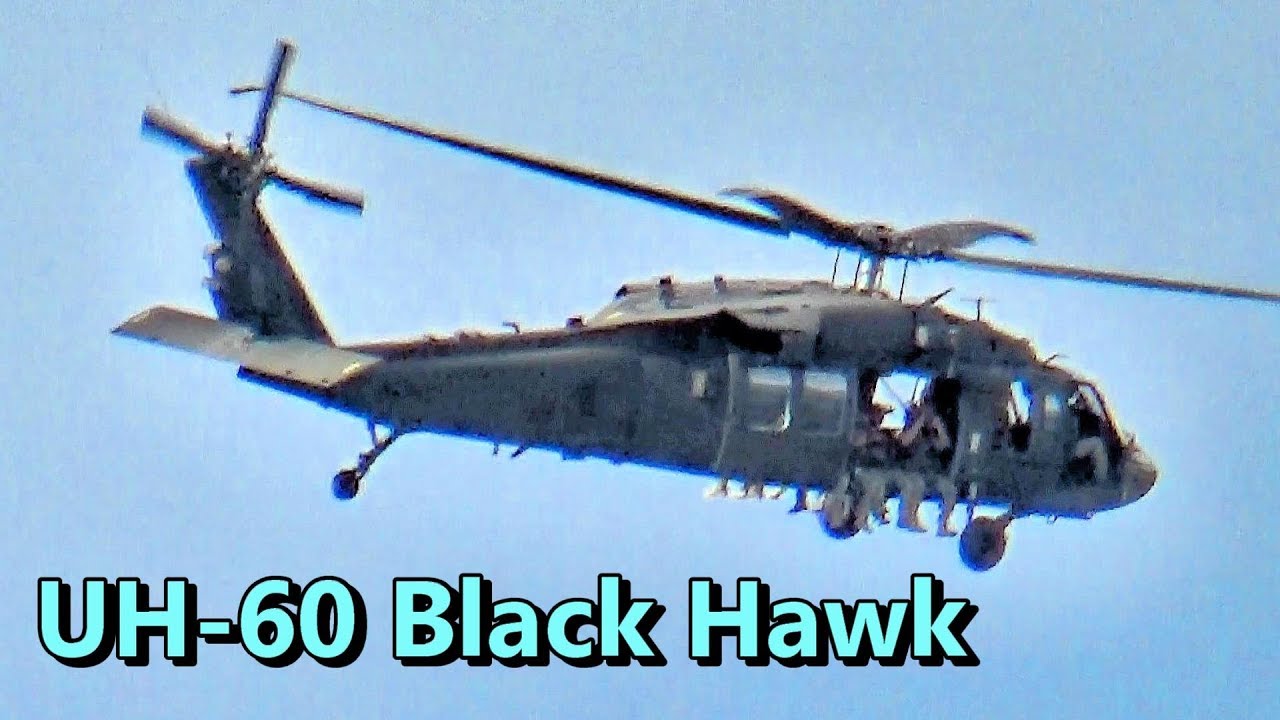 “However, the $1.55 million would also pay for the construction of a new “Sensitive Compartmented Information Facility,” or SCIF, at Davison Army Airfield, which is part of Fort Belvoir in Virginia. SCIF is a term used to refer to offices or other structures built to exacting government standards so that the occupants can handle and discuss classified information inside without being heard of having that data seen or otherwise intercepted. You can read more about SCIF requirements and how they work in this past War Zone piece.”

“The SCIF, together with the mention of the Black Hawks, strongly points to the unit in question being the Army’s relatively obscure 12th Aviation Battalion, which is based at Davison. This unit flies a mix of UH-72 Lakota light utility helicopters and UH-60s, including a handful of modified and luxurious VIP-configured “Gold Top” Black Hawks. The 12th is part of what is known today as The Army Aviation Brigade, or TAAB, which also includes a fixed-wing VIP aviation detachment and ground support elements, including air traffic controllers, to manage operations at Davison or other locations, as necessary.” 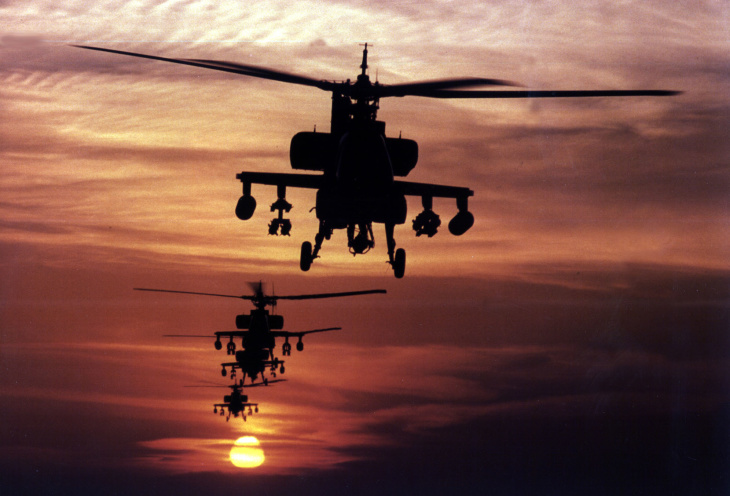 “The battalion’s primary day-to-day job is providing helicopter airlift support in the greater Washington, D.C. area, which the U.S. government refers to as the National Capital Region (NCR). This can include shuttling senior officials from the Army and other branches of the U.S. military around, as well as members of Congress and visiting foreign dignitaries, depending on the exact mission at hand. The 12th is one of a number of U.S. military aviation units, which you can read about in more detail here, which conduct these types of missions in and around the nation’s capital.”

“On top of that, the 12th has a far less well-known mission as part of the U.S. government’s extensive “continuity of government” planning to keep running in the event of a major disaster, widespread enemy attack, or other crises. In such a scenario, the battalion would help fly top lawmakers and other senior U.S. government officials to secure sites, including Camp David, Mount Weather, and Raven Rock. You can read more about the U.S. continuity of government planning in this past feature at The War Zone.”

“The 12th is also responsible for providing airlift for the Army’s unique 911th Engineer Company (Technical Rescue), the service’s premier urban search and rescue unit. The 911th would be critical to helping extract important officials from damaged or collapsed buildings in any contingency. Previously known as the Military District of Washington (MDW) Engineer Company, the unit notably had a chance to demonstrate its capabilities while supporting the response to the 9/11 terrorist attacks on the Pentagon. They’re also the only unit tasked to provide this kind of support at the White House.”

“What’s curious in this case is that Army spokesperson Hall confirmed that the mission that the reprogramming request is referencing is new and has, at most, been ongoing for almost 10 months. This might mean that the Army has expanded its role in the continuity of government plan, or that that planning itself has evolved in some way, but it could also reflect the service taking on an entirely new mission.”

“Since 9/11 and the establishment of U.S. Northern Command (NORTHCOM) in 2002, the U.S. military has also taken on greater domestic roles in general. At the same time, as The War Zone has explored on multiple occasions, the extent of the U.S. military’s activities in the Washington, D.C. area, as well domestically within the United States, in general, can be difficult to assess. These missions can involve some of the most secretive special operations units, as well as personnel from other federal, state, and local governmentagencies.”

Still, there have been developments that may offer some clues as to what kinds of expanded or new missions the 12th, or even a new Army helicopter unit in the NCR, might be tasked with now. In 2016, SOCOM also became the lead entity within the U.S. military if there is a need to neutralize a hostile weapon of mass destruction (WMD), either abroad or the United States, taking over this mission from U.S. Strategic Command (STRATCOM). SOCOM subsequently established a Counter-Weapons of Mass Destruction-Fusion Center (CWMD-FC), which The War Zone was first to report, at an unspecified location within the NCR.