The week of the 22nd of July has so far been one where there have been major news items on the positive side of a ledger in a landscape of unsettling times for most Americans.

On the 23rd of July 2019, the US Congress finally voted to extend the 9/11 victims fund for those first responders who’ve become ill because of their tireless heroic work during the days, weeks, months following the 9/11/2001 attacks on US soil by Al-Qaeda terrorists.

Later on the 23rd of July 2019, a US Dallas born citizen Francisco Erwin Galicia, who’d spent 3 weeks in the custody of U.S. Customs and Border Protection and Immigration and Customs Enforcement, was released

Today, the 24th of July 2019 is the day that the FBI’s Special Counsel Robert Mueller III who led the FBI’s 22 months long Trump-Russia probe will be testifying before US House’s oversight committees to discuss his findings as detailed in his 3/22/2019 final report.

As per 7/23/2019 Washington Post report,  “Senate votes to extend 9/11 victims fund for first responders who’ve become sick since 2001 attacks” by Devlin Barrett and Kayla Epstein, “The Senate voted overwhelmingly Tuesday to add billions of dollars to a fast-dwindling compensation fund for 9/11 workers who are now sick or dying — capping an emotional political debate over ongoing deaths linked to the 2001 terrorist attacks.”

“The legislation, which was championed by gravely ill first responders and former “Daily Show” host Jon Stewart, will extend the compensation program for decades, at an estimated cost of $10.2 billion for the first 10 years.”

“It passed 97 to 2, drawing cheers and applause from first responders and their families in the Senate gallery. Sens. Rand Paul (R-Ky.) and Mike Lee (R-Utah) voted against the measure.”

“The measure has already passed in the House, so it will now head to the White House for the president’s signature.”

As per the 7/23/2019 Dallas News Report, “Francisco Galicia, U.S. citizen held by CBP, ICE for three weeks, has been released” by Obed Manuel, Report for America Corps Member/Staff Writer, “Francisco Erwin Galicia, the Dallas-born U.S. citizen who spent 3 weeks in the custody of U.S. Customs and Border Protection and Immigration and Customs Enforcement, was released Tuesday afternoon (7/23/2019).

“Galicia’s case garnered national attention. The Dallas Morning News first reported on Monday that the 18-year-old had been held in CBP and ICE custody since June 27.”

“Sanjuana Galicia, Francisco’s mother, said Tuesday an ICE official called her around 2 p.m. and told her that they had found his documents and citizenship to be valid and that he had been freed.”

“Galicia’s detention appears to have been a bureaucratic mix up related to the fact that he had a U.S. birth certificate and also, years earlier, a Mexican visitor’s visa to travel to the U.S. from Mexico.”

“Francisco Galicia was born in Dallas in December 2000 at Parkland Memorial Hospital, according to a copy of his birth certificate provided to The News by his attorney, Claudia Galan.”

Link to entire report: dallasnews.com/ A Dallas-born citizen held by CBP, ICE for three weeks has been released…

Neal Katyal Twitted following on 7/24/2019:
@neal_katyal
“Ratcliffe dead wrong about the Special Counsel regs. I drafted them in 1999. They absolutely don’t forbid the Mueller Report. And they recognize the need for a Report ” both for historical purposes and to enhance accountability.”
9:16 AM · Jul 24, 2019 · Twitter Web Client
****

On July 22, 2019, Neal Katyal for the NY Times penned the following opinion piece regarding Mr. Mueller’s anticipated testimony scheduled for the 24th of July 2019, “With Three Simple Answers, Mueller Can Speak Volumes” (“For those who have read it, the special counsel’s report speaks for itself. For those who haven’t, he can speak for it in Congress.”

“Mr. Mueller, the president said your report found, in his words, “no collusion, no obstruction, complete and total exoneration.”

“First, did your report find there was no collusion?”

“Second, did your report find there was no obstruction?”

“Third, did your report give the president complete and total exoneration?”

“That’s it. That’s the ballgame. It makes no difference if there are 20 questioners or two when Mr. Mueller appears before two House committees on Wednesday. All of this speculation about whether Mr. Mueller will go beyond the four corners of his report is largely a waste of time, with one asterisk. The report itself is deeply damning to Mr. Trump, elevating him to the rare president who has been credibly documented as committing federal crimes while sitting in office.”

“So what accounts for the vast discrepancy between what the report says and the way the American public has received it? It’s not hard to pinpoint 3 factors and to design the right questions to bring the focus back to the report.” 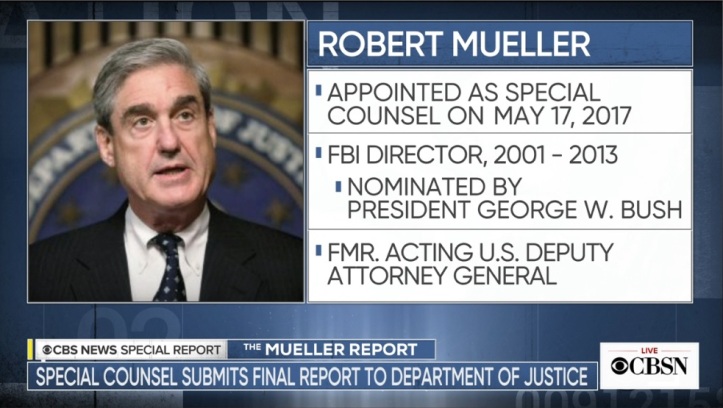 “First, when the report was finished, Americans were not even able to read it for several weeks. Instead, they were treated to an immediate and total distortion of what it said by the attorney general, William Barr. In his four-page letter on the report, he wrote that it “identifies no actions that, in our judgment, constitute obstructive conduct.” He pushed that false narrative for weeks before letting the public see the actual report.”

“In particular, Mr. Barr did not mention that Mr. Mueller said that he would have cleared the president of obstruction if the facts so showed. Nor did it mention that Mr. Mueller believed Justice Department policy prevented him from indicting a sitting president or even calling Mr. Trump’s conduct criminal. The president echoed Mr. Barr’s claims for months, saying things like “Robert Mueller and the 18 angry Trump-hating Democrats” arrived “at a conclusion of no collusion and no obstruction!” 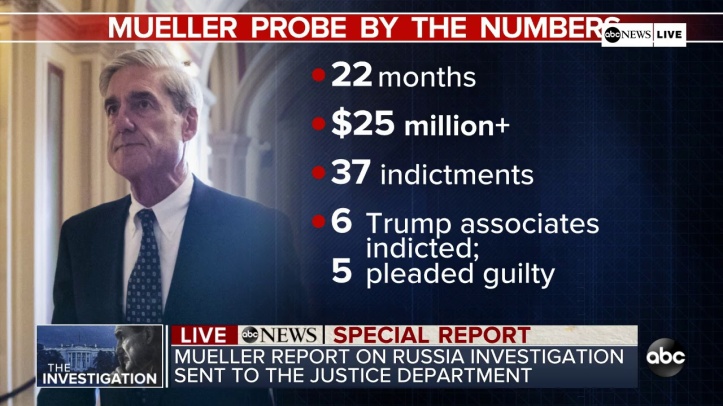 “Second, the Democrats in Congress have myopically viewed the report in political terms, asking whether their fortunes would be harmed by opening an impeachment proceeding. That is the wrong way to look at it. The right way is to look at it in law enforcement terms — a president who takes grave steps to undermine the rule of law in the very way the report describes is not fit for office.”

“There is no higher duty for Congress than to investigate and act when such a report lands on your desk. Those who say “oh, a Senate supermajority will never convict Trump” have it backward. That’s a feature, not a bug — our Constitution allows the House to investigate without the worry that its investigation will be twisted for political ends that would force the removal of an innocent president. The members of the House have a duty to act, even if the Senate won’t convict, because they are setting the standards for future presidents and because impeachment hearings will crystallize the nation’s attention on the actual events, as opposed to spin from the president and his attorney general.” 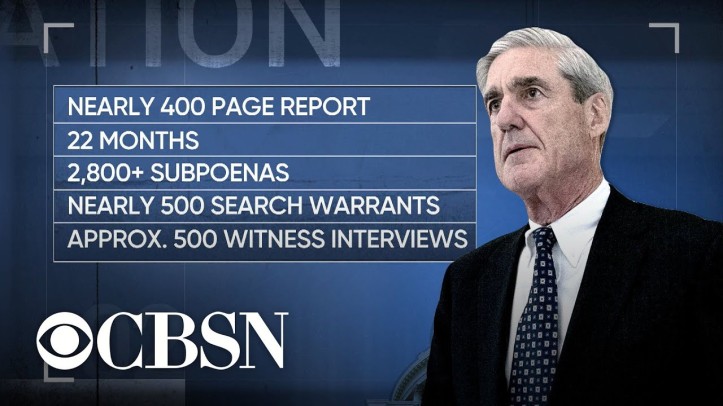 “And third, people don’t have the time or inclination to read a long report, at least not unless there’s something more lurid in it. I’ve addressed many large audiences recently and asked for a show of hands on how many have read the Mueller report. The response is always under 1 percent — and it’s not surprising, given that the report is over 440 pages long.”