Yes, House Judiciary Committee Has Started Down Path Of An Impeachment Investigation 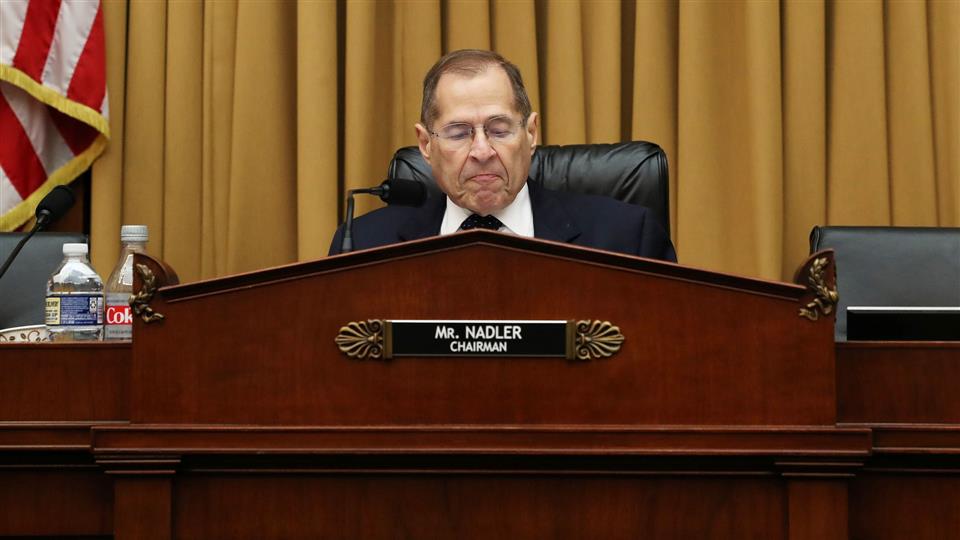 In the Twitter world, numerous users indicated confusion as to whether the House Judiciary Committee’s Chairman Rep. Jerry Nadler was for real, when he issued the words on 7/26/2019, that the committee is taking on its one judicial, non-legislative role granted it by the US Constitution, by moving to commence an impeachment investigation.

The fog over this roll-out is understandable, as the House appeared to be an unmovable mountain of resistance over several months, in the form of the Democratic Party House’s leadership team regarding the commencement of impeachment proceedings. Post the former FBI’s Special Counsel Mueller’s 7/24/2019 testimony at hearings held by 2 House oversight committees, there was the beltway scuttlebutt that the subject of impeachment was a dead issue. But then out of nowhere, the Judiciary Committee Chair Rep. Nadler announced at a press conference that he was taking the American community in a different direction.

Fortunately,  Laurence Tribe, the Harvard University Professor of Constitutional Law and the coauthor of “To End a Presidency: The Power of Impeachment” has taken the time to pen an op-ed piece to explain what’s going on regarding Rep. Nadler’s usage of the words, “impeachment investigation.”

On July 28, 2019, Laurence Tribe for USA Today, penned the following op-ed piece, “We are finally on the path to Trump impeachment and saving what our Founders gave us” (“Nancy Pelosi spared moderate Democrats a floor vote on impeachment but she has unleashed her committee chairs to do exactly what needs to be done.”)

“Don’t let anybody fool you: We are engaged in an impeachment inquiry into President Donald Trump’s “high Crimes and Misdemeanors,” to quote the Constitution. The inquiry began on Friday, July 26. No fireworks, no fanfare — omitted for fear of frightening the natives. But the message was loud and clear in the House Judiciary Committee’s court petition for access to redacted material in the Mueller report, and its intention to compel testimony from relevant witnesses.”

“Savvy Speaker Nancy Pelosi, to spare the Democrats in red and purple congressional districts from facing electoral revolt, gave Nadler the go-ahead without first holding a floor vote on whether to conduct hearings into the president’s impeachment. And you can be sure Trump’s lawyers will argue in court that the absence of that politically costly floor vote means the current impeachment inquiry does not have the legal superpowers such an inquiry normally acquires — and that are needed to prevail on judicial unsealing of secret grand jury materials and ordering fact witnesses like former White House counsel Don McGahn to testify under oath to what they know Trump did to win office and to cover up what he did to stay there.”

“That argument could succeed but shouldn’t, and probably won’t. There’s no way courts could avoid the reality or the appearance of being blatantly partisan if they were to muck around in the details of how the Speaker of the House chooses to orchestrate the initiation of an impeachment inquiry. And the Pelosi critics who call her a coward for being subtle about how she is launching this particular inquiry seem to be more interested in the political optics than in the reality of holding this president accountable for his grave offenses against the United States.”

“Consider how strange it would be for a court to determine the Judiciary Committee did not possess whatever special investigatory powers accompany a full-on impeachment proceeding. The law then would absurdly require the House to exercise its “sole power of impeachment” in the dark, without access to the information it needs to make the most serious and fateful decisions. Silly as the legal system sometimes seems, it’s just not that stupid.”

“Hold Trump accountable: I’ve warned that impeachment talk is dangerous, but the time has come”

Link to article: We are finally on the path to Trump impeachment and saving what our Founders gave us …