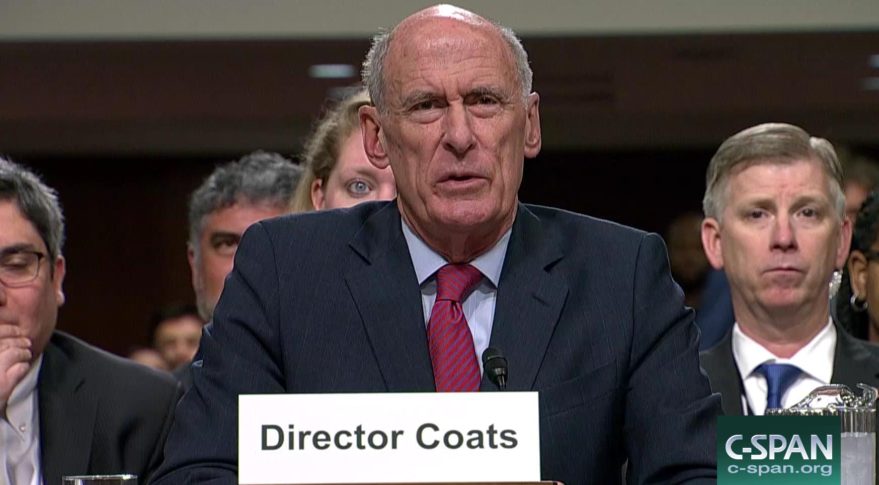 Dear Director Dan Coates, as our Top US Spy and head of  the Department of National Intelligence (DNI), please make the wanna-be authoritarian republican President Donald Trump fire you. In many governmental agencies there are succession rules that apply which is, dependent on whether its head was fired vs. resigned. Don’t be gracious in acceding to President Trump’s wish to replace you with another one of his extreme partisan’s lackeys in this key position of top US spy.

President Trump prefers the GOP from TX, Rep. John Ratcliffe to be the US top spy. He managed to please GOP leaders with his questioning of Mr. Mueller on 7/24/2019 US Congressional hearing. Rep. Ratcliffe is rated as the most GOP conservative in the US House of Representatives.

As per July 28, 2019 New York Times report, “Dan Coats Expected to Step Down as Intelligence Chief” by Julian E. Barnes and Maggie Haberman, “Dan Coats, the director of national intelligence, is expected to step down in the coming days after spending his tenure at odds with President Trump over issues including Russia and Mr. Trump’s own attacks on the intelligence community, people familiar with the decision said on Sunday (7/28/2019).

“To replace him, the people said, the president was likely to tap Representative John Ratcliffe, a Texas Republican and staunch defender of Mr. Trump. As a member of the House Judiciary Committee, he sharply questioned Robert S. Mueller III, the former special counsel, at last week’s hearing.”

President Trump is expected to nominate Rep. John Ratcliffe (R-Texas) to replace Dan Coats as director of national intelligence, according to three sources familiar with the president’s deliberations.

Behind the scenes: Trump was thrilled by Ratcliffe’s admonishment of former special counsel Robert Mueller in last week’s House Judiciary Committee hearing. “The special counsel’s job, nowhere does it say that you were to conclusively determine Donald Trump’s innocence or that the special counsel report should determine whether or not to exonerate him,” Ratcliffe, a former prosecutor, said to Mueller. “As with all of Trump’s decisions, his advisers caution that the president could still change his mind at the last minute, but senior administration officials familiar with the president’s deliberations say Ratcliffe is the favorite.”

“The big picture: Trump has been mulling replacing Coats since at least February, as Axios recently reported. The director of national intelligence serves as an overseer of the U.S. intelligence community and a close adviser to the president and National Security Council, producing each day’s top-secret Presidential Daily Brief.”

Between the lines: Coats has rankled Trump more than once with his public comments, according to sources with direct knowledge. He angered Trump when he appeared to criticize the president’s relationship with Russian President Vladimir Putin during an on-stage interview with NBC’s Andrea Mitchell at last year’s Aspen Security Forum.