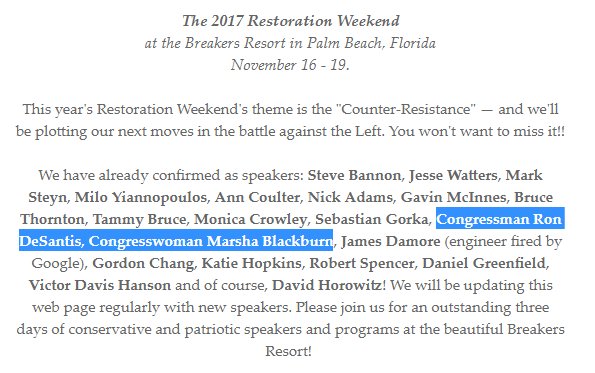 There’s this extreme right-wing activist David Horowitz who’s been knee deep in the GOP political world, like forever. He’s a GOP conspiracy zealot and a true believer in the philosophies of racism, anti-immigration and anti-Muslim sentiment, but who has taken time to play a key role in bringing far-right activists and politicians—including some who are now in positions of power in the Trump administration—together with ideologically allied funders (“dark money” donors).

David Horowitz founded the Freedom Center around 1988,. The Freedom Center has helped cultivate a generation of political warriors seeking to upend the Washington establishment. These warriors include some of the most powerful and influential figures in the Trump administration: the former Attorney General Sessions, senior policy adviser Stephen Miller, former White House chief strategist Stephen K. Bannon, former advisor Sebastian Gorka and another believer who avoids the limelight, Ezra Watnick-Cohen. The other player in this group is the GOP US Rep. Devin Nunes.

The major architect of the republican President Donald Trump’s anti-immigration policies against peoples of colors and Muslims from Trump’s sh*thole countries and his current trafficking in overt racism, is non other than the president’s senior adviser Stephen Miller, a protege of believe it or not, David Horowitz.

As per the July 29, 2019 Roanoke Times Op-ed, ” David Horowitz, “the 82-year-old conservative firebrand, recruited his protege Stephen Miller, the 35-year-old architect of Donald Trump’s immigration policy while he was at Duke University and has directed his career, ever since.”

Mr. Horowitz also had a major influence in bringing White Evangelicals into his fold.

Every fall, Mr. Horowitz organizes a well attended GOP get-together called “Restoration Weekend” at a resort in Palm Beach, where politicians, far-right activists and potential funders can rub shoulders and share their ideas.”

“It’s my hypothesis only, that there had to exist a powerful GOP group headed up by someone with enough clout to to direct the president’s anti-immigration / racist rhetoric, agenda and policies. and who would have the connections to “dark money” donors who harbored visions of pushing the USA towards becoming more of an Authoritarian style government, so that these special interest strongmen could maintain their hold on power, as voting demographics were beginning to favor Democratic Party elected officials. My research led me to the name of David Horowitz.

Steve Bannon attended a far-right summit with #France’s Marine Le Pen and told the audience to “wear #racist like a badge of honor.” They don’t even hide behind hoods anymore. ***
I found a 2006 article that reveals well the character of David Horowitz. Here is the rest of the story…

As per the April 24, 2006 Revcom.us (Revolution) analysis, “David Horowitz and the Halls of Power“by Alan Goodman:

“I reviewed David Horowitz’s “The Professors—The 101 Most Dangerous Academics in America” in Revolution #42. In reading that book, it was striking, and ominous, to put together a picture of the kinds of discussion, research, dialog, and debate that would be banned—not just from classrooms, but campuses—should Horowitz’s agenda be adopted. Among the kinds of statements that Horowitz attacks in his book as unacceptable are basic truths about the genocidal impact of Columbus and the European settlers on the Americas, and the actual history and impact of the enslavement of Black people (Horowitz claims “Black people owe (a debt) to America” for slavery!). If the criteria in “The Professors…” for defining (and outlawing) “dangerous” thought were applied, any substantial discussion of the causes and effects of the war on Iraq, of the nature and impact of capitalist globalization, or of the rampant use of torture and denial of basic rights by the Bush regime would also be out of order in academia. (See “ ‘The Professors…’ David Horowitz and the New Brownshirts.” )” 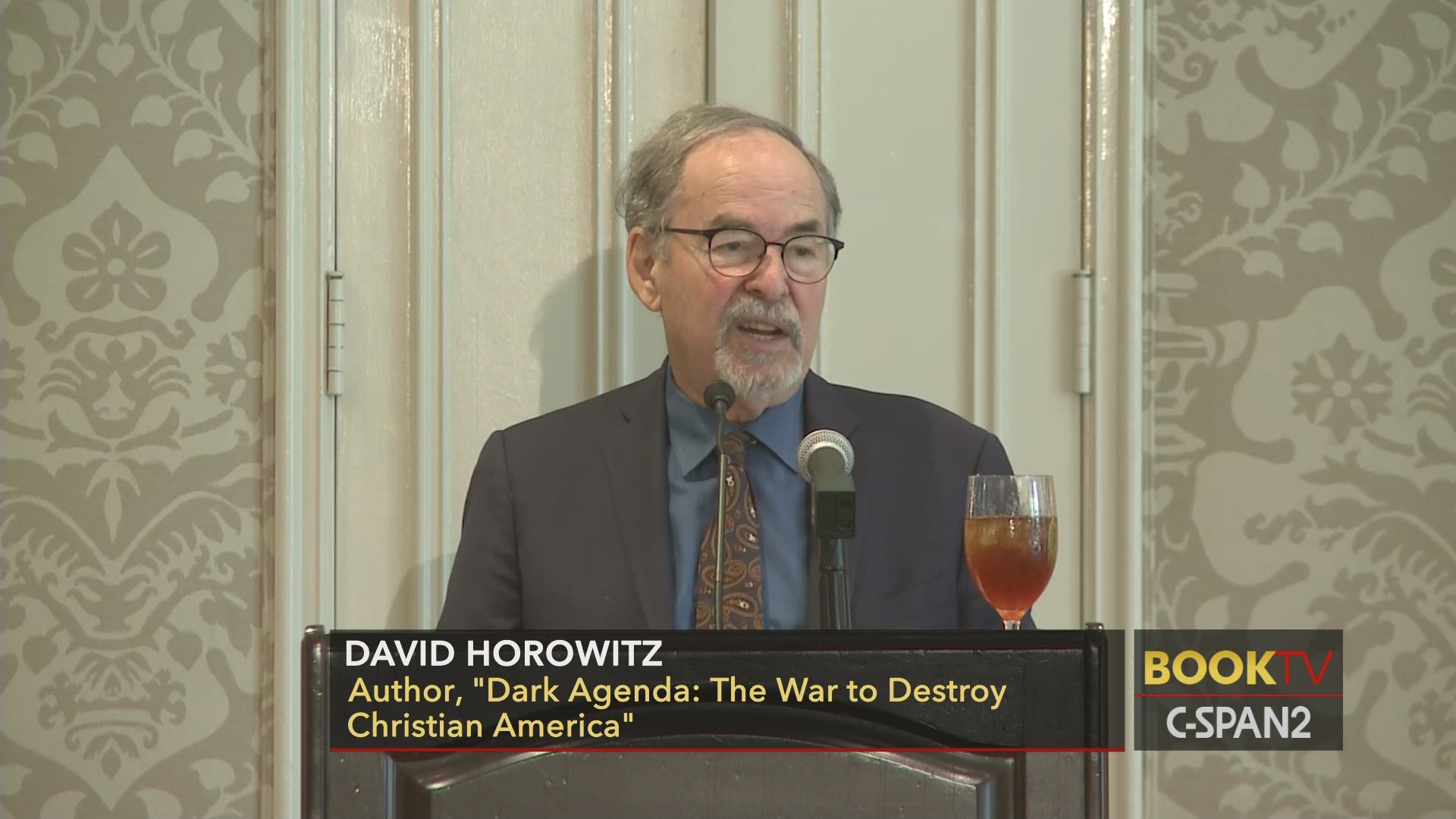 “Revolution received many thoughtful responses to this review, including accounts of being harassed, hounded, and fired. For instance, a comment on the review by a history professor attacked in the book included the following:”

“Being named as one of the 101 Most Dangerous Professors came as little surprise. I was suspended for an antiwar email in 2002 due to public pressure to punish me for my pacifist beliefs even though American Association of University Professor guidelines were egregiously violated by an administration pandering to public right-wing opinion. So these are the times where the academy is under assault by several but not all right-wing groups, who wish to impose a nationalistic, prowar ideological monopoly on higher education through the marginalisation of progressive faculty. Academic freedom must be defended by those who are committed to academic excellence and the thunder of the right needs to be challenged on every front. Otherwise, America will have no voices left to challenge its imperialistic, racist and monstrous disregard for international peace and security. Resistance is essential; radicalism is imperative; critical thinking is mandatory if we are going to reverse course and create a nation based upon democracy, human rights and respect for the needs of the international community.” 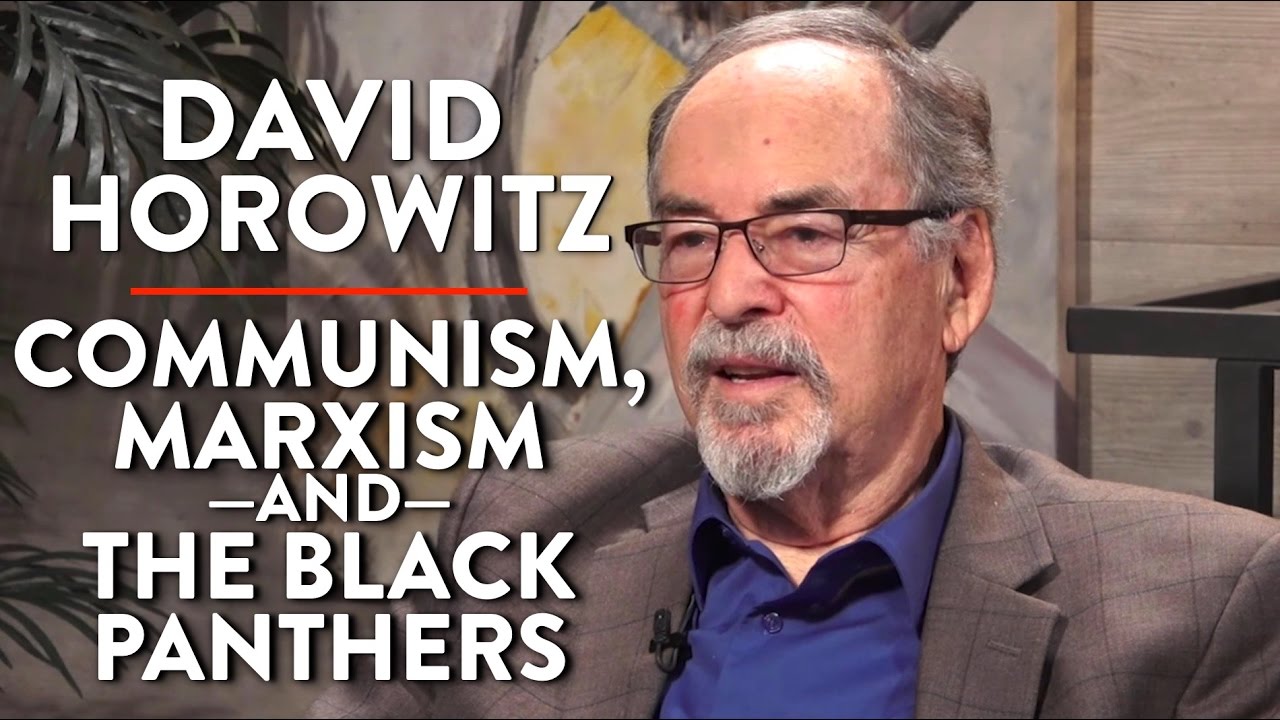 “At the same time, these responses divided sharply, and several quite influential and respected professors who are are attacked in “The Professors…” felt that by taking on Horowitz, we were only giving him publicity—and that the best thing is to ignore him. Or, that Horowitz’s book, filled as it is with distortions and lies, should not be dignified with a response.”

“Ignoring Horowitz won’t work, to say the least! The experience of the professor, quoted above, being suspended for an anti-war email is far from an isolated incident. While Horowitz poses as an advocate of “academic freedom” and “free speech,” Horowitz’s web site, writings, and student groups threaten and harass professors. In my review, I described a major incident at Santa Rosa Jr. College in California where a Horowitz-“inspired” student group called for prosecution of professors based on a California law against “communist indoctrination.” 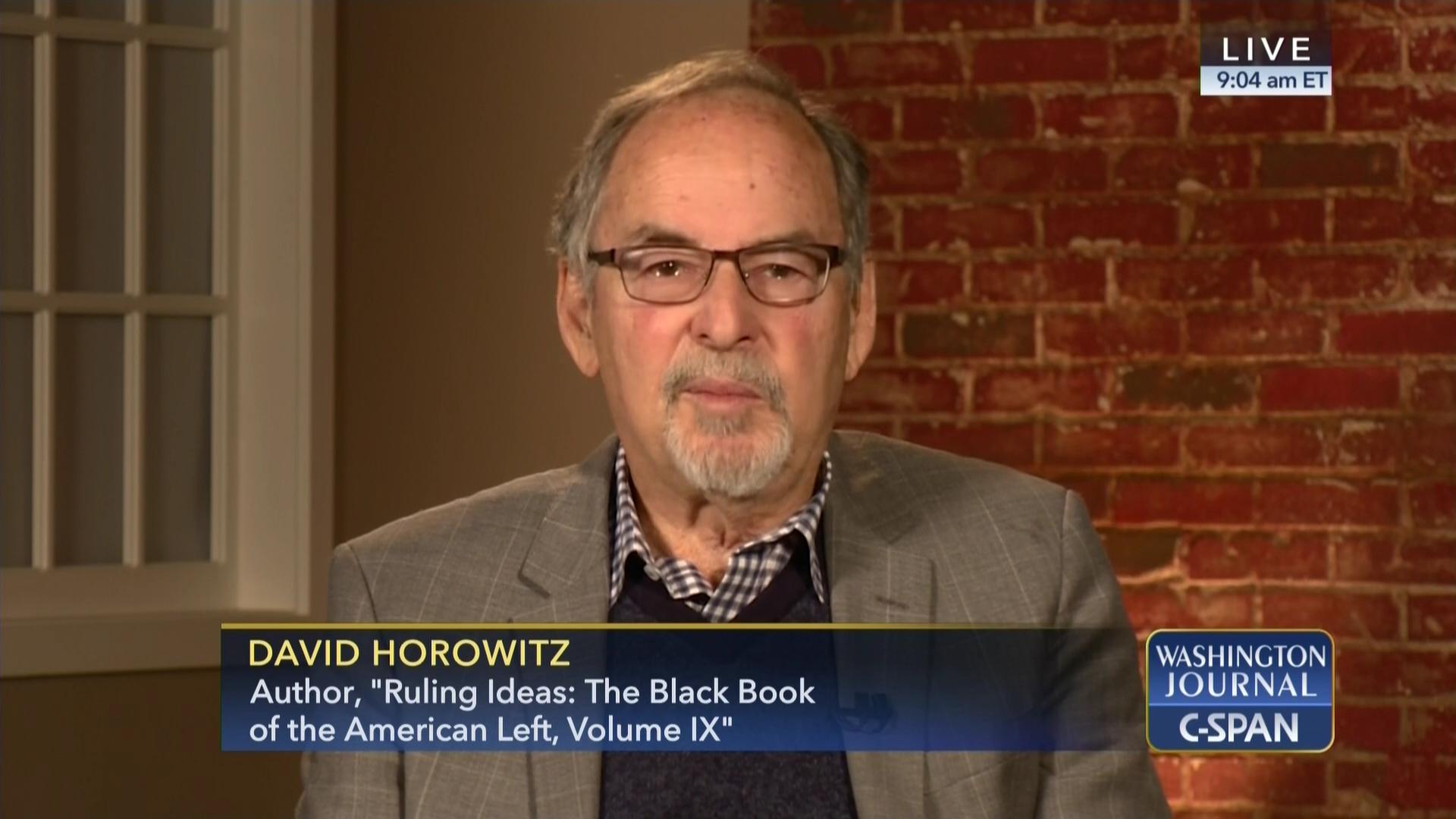 HOROWITZ’S TIES TO THE BUSH AGENDA

“Beyond all the empirical evidence that Horowitz presents a real, urgent threat to critical thinking in academia, there is a deeper story. Horowitz has long-time, deep connections with George Bush and Karl Rove, the strategist who connected Bush with the Christian right and forged the electoral strategy that got expressed in the mobilization of voters in “red states” behind rumors that John Kerry would legalize gay marriage and ban the Bible.”

“The book Banana Republicans: How the Right Wing is Turning America Into a One-Party State by Sheldon Rampton and John Stauber documents the strategic alliance between Horowitz and Rove in Bush’s “re-election” in 2004. They write:

“During the 2000 presidential and congressional elections, every Republican member of the U.S. Congress received a free pamphlet, compliments of Congressman Tom DeLay, the party’s majority whip. Written by conservative activist David Horowitz, the pamphlet was called The Art of Political War: How Republicans Can Fight to Win. It came with an endorsement on the cover by Karl Rove, the senior advisor to then-candidate George W. Bush. According to Rove, The Art of Political War was ‘a perfect pocket guide to winning on the political battlefield from an experienced warrior.’ In addition to DeLay’s gift to members of Congress, the Heritage Foundation, one of the leading conservative think tanks in Washington, found Horowitz’s advice so impressive that it sent another 2,300 copies to conservative activists around the country.”

“True to its title, The Art of Political War argues that ‘Politics is war conducted by other means. In political warfare you do not fight just to prevail in an argument, but to destroy the enemy’s fighting ability. … In political wars, the aggressor usually prevails.’ Moreover, ‘Politics is a war of position. In war there are two sides: friends and enemies. Your task is to define yourself as the friend of as large a constituency as possible compatible with your principles, while defining your opponent as the enemy whenever you can. The act of defining combatants is analogous to the military concept of choosing the terrain of battle. Choose the terrain that makes the fight as easy for you as possible.’ ” 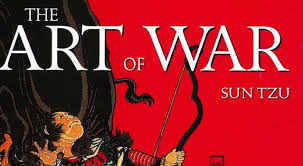 “Horowitz’s pamphlet, which was adopted by Rove as assigned reading for top levels of Republican operatives, took its name from Sun Tzu’s “The Art of War.” The pamphlet argued for adapting the laws of warfare to political discourse and exchange of ideas.”

HOROWITZ AND THE CHRISTIAN FASCISTS

“Christian fascists are at the core of Bush’s inner circle (a recent indicator of their influence in the White House was their role in torpedoing Bush’s nomination of Harriet Miers to the Supreme Court, and their insistence on an appointee who was a known and approved quantity to the leading Biblical-literalist, theocratic forces). But even within the ideological rigidity of Bush’s inner circle, there is a version of “unite all who can be united.” 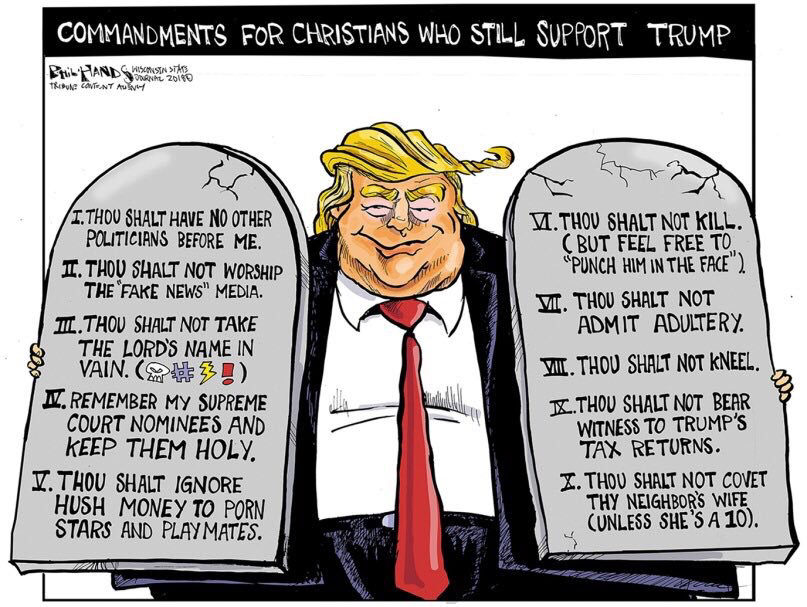 “Enter Horowitz—whose message was recognized by “Bush’s Brain”—Karl Rove—as an essential criteria in “reaching out” and broadening the base of the Bush regime. If someone like Jerry Falwell, or Pat Roberton, whose Liberty and Regent universities have no pretense of free speech, went onto campuses and campaigned to ban critical thinking, their nakedly fascist agenda would be relatively obvious and overt.”

“A review of The Art of Political War in Publisher’s Weekly noted that the pamphlet “urges Republicans to go on the offensive, to take back issues that Clinton Democrats have co-opted, to reach out to working people and minorities, and to master images, symbols and sound bites.” (emphasis added) 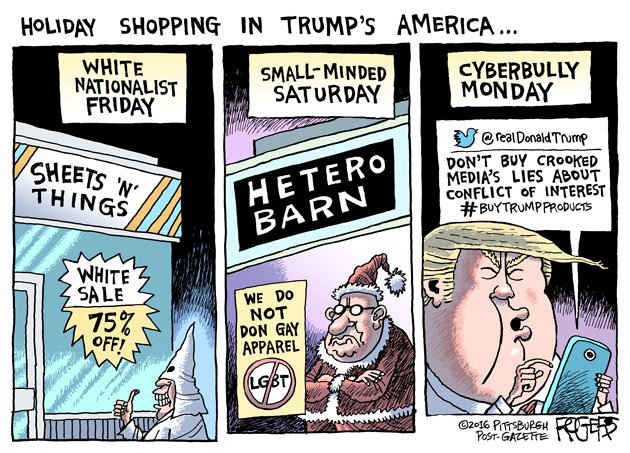 “That is what Horowitz is doing when he sells censorship and repression on campuses as “free speech” and “academic freedom.” His publicized examples of the supposed violation of free speech take examples of conservative or reactionary students who were disturbed by viewpoints, facts, exposure, and discussion in classes that challenged their thinking.”

“What point or meaning is there to demanding “free speech” that is restricted to parroting the views of the Bush regime, as Horowitz does? In a revolutionary society, there would be tremendous importance to not only tolerating, but promoting, dissent, including on campus, and guaranteeing various forms of free speech for critics of the revolution. But in a society where the president systematically lies about the cause of war and the scope and nature of repression, defining “free speech” as the “right” to believe everything the administration tells you, without having that questioned, is bizarre and obscene.”

“The point of the First Amendment and freedom of speech is supposed to be protecting people’s right to criticize the government. For Horowitz, and the powerful forces behind him in the White House, “free speech” means protecting the government from criticism.”

“Horowitz’s assault on critical thinking is labeled a “free speech” campaign. His censorship laws are called the “Academic Bill of Rights.” All in service of, and tightly connected with, the Bush regime—which itself is an extreme concentration of a system of open-ended violent global plunder and accompanying repression at home.”

“Revolution received a number of substantial responses to Alan Goodman’s review of “The Professors—The 101 Most Dangerous Academics in America” from professors who are attacked in the book. Comments are available at revcom.us.”