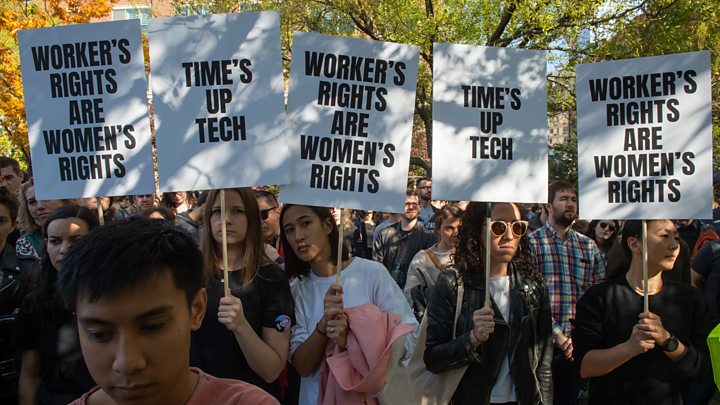 @dutch163 Tweeted the following on 8/9/2019:
“The news is covering a story about children abandoned after their parents were rounded up… The story is way worse than that. Workers were rounded up by ICE because they won a lawsuit against Koch Foods for sexual harassment, discrimination, & abuse.”
7:32 AM · Aug 9, 2019
***

There are those in the republican President Donald Trump’s administration who are stating  that there’s absolutely no connection between Mississippi food plants having lost a suit filed by workers for systemic abuses by employers and the scheduling on 8/7/2019 for ICE raids being executed on undocumented workers at these same plants, where children on their first day of school were traumatized as they figured out why their parents would not be picking them up after school ended?

Guess who has a construction crew of workers that’ll never be subject to an ICE raid?

See: washingtonpost.com/ ‘If you’re a good worker, papers don’t matter’: How a Trump construction crew has relied on immigrants without legal status  … 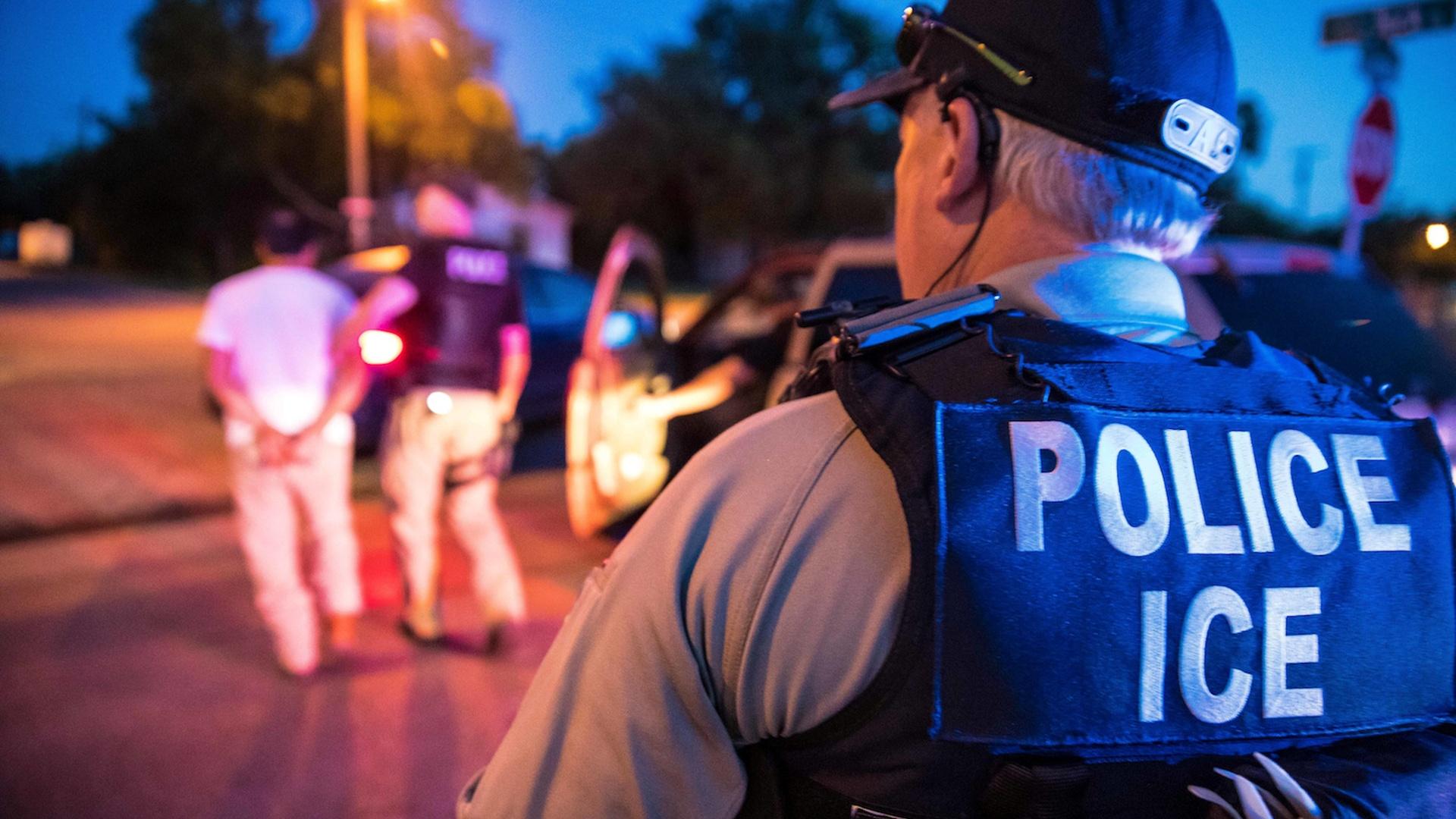 “Long before U.S. immigration authorities arrested 680 people at agricultural processing facilities in Mississippi this week, one of the five targeted companies faced allegations of serious labor violations including intimidation, harassment and exploitation of its largely immigrant work force, according to a federal lawsuit.”

“Last August, Illinois-based poultry supplier Koch Foods settled a multi-year lawsuit brought by the U.S. Equal Employment Opportunity Commission (EEOC) on behalf of more than 100 workers at the Morton, Mississippi, plant over claims the company knew – or should have known – of sexual and physical assaults against its Hispanic workers.”

“Mark Kaminsky, chief operating officer at Koch, said the company admitted no wrongdoing in the settlement and maintains, after fighting the matter in court for more than eight years, that all the allegations contained in the lawsuit are false.”

“The workers’ complaints spanned 2004 to 2008, when the plant employed more than 500 people. They alleged that a manager would grope women from behind while they were working, punch employees and throw chicken parts at them. Workers also alleged that supervisors coerced payments from them for everything from medical leave and promotions to bathroom breaks.”

“Privately held Koch Foods, run by billionaire Joseph Grendys, in court filings called the claims of abuse and harassment “baffling” and “outrageous.” Kaminsky said a third-party review of 9 months of 24-hour video surveillance at the plant found “absolutely no evidence” of their veracity. Koch said the plaintiffs made uncorroborated claims against the company as a means to obtain U.S. visas for crime victims who collaborate with U.S. authorities that would allow them to stay legally in the United States.”

“The company settled the allegations last year by paying $3.75 million and entering a three-year consent decree to prevent future violations. It agreed to implement new policies such as creating a 24-hour complaint hotline and publicly posting anti-discrimination policies, according to the EEOC.”

“Some workers at the Mississippi plant who lacked legal immigration status alleged in court documents that supervisors threatened to turn them in to authorities if they spoke out about their concerns.

Former federal officials and immigration attorneys said mass deportation operations like the ones conducted by the U.S. Immigration and Customs Enforcement (ICE) on Wednesday in Mississippi can have a chilling effect on future labor complaints.

“If workers are being threatened with being turned over to ICE, and then here comes ICE and arrests workers,” people could be more reluctant to speak up, said John Sandweg, a former acting ICE director during the Obama administration.

In the EEOC lawsuit, one Koch Foods employee without legal immigration status alleged that a manager sexually harassed his wife and made him pay to use the bathroom, once waiting until he had soiled himself to give him permission to leave his spot on the production line.

“If he found out that I had talked about anything that he was doing, charging money, the way he mistreated us, the dirty words he used; he told me that if I went to complain in the office that he had contacts in immigration,” the worker said in a 2012 deposition that was filed as part of the suit. “And that he knew where I lived.”

“Maria Cazorla, a Cuban immigrant and lead plaintiff in a lawsuit against the company that was wrapped into the EEOC case, said in an interview on Thursday that a manager inappropriately touched her and hit her then-husband, also a co-worker, in the ribs while he was working.” 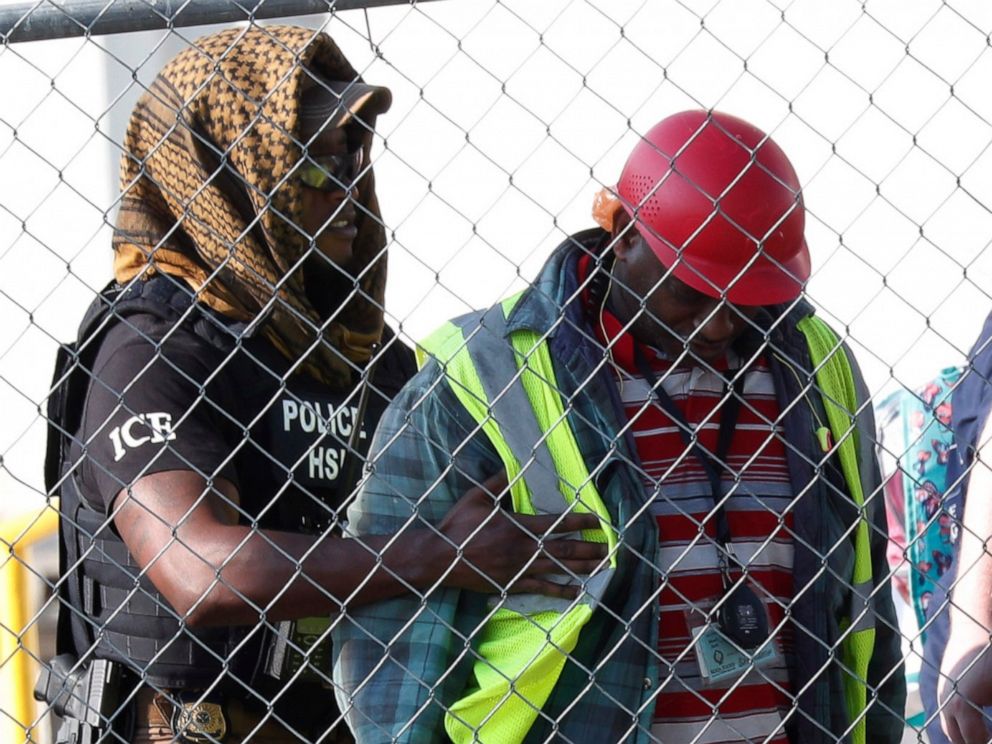 According to Cazorla’s interview and court documents, her husband at the time was targeted by management and fired over his immigration status after she filed her lawsuit against the company in 2010. Cazorla, now a U.S. citizen, left the company and Mississippi and now renovates houses in Florida.

She said immigrants are often fearful of reporting abuse. “People are afraid to come forward because they think, ‘What will happen if I say something? I’ll be separated from my family, I’ll lose my job,’” Cazorla said. “They prefer to say nothing and suffer.”

“The EEOC enforces federal anti-discrimination laws and can investigate employee complaints. The agency tries to settle the claims but, if unsuccessful, it can file a lawsuit against employers for workplace discrimination.” 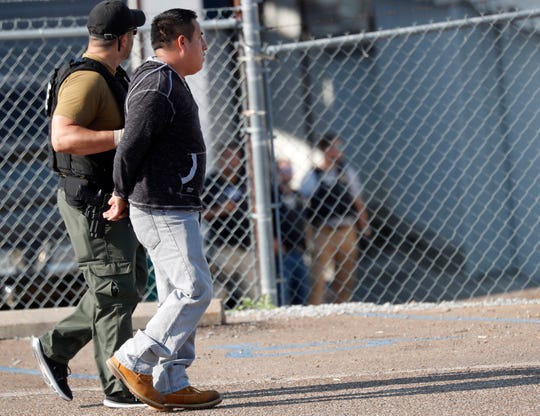 “The dramatic operation on (8/7/2019) was the biggest workplace immigration sweep since December 2006, when ICE targeted meatpacking plants in six states and arrested almost 1,300 people.”

“Some children of workers were left traumatized by their parents’ detention on what was for many the first day of school, according to local media reports.”

“Government, please,” an 11-year-old girl said on a CBS News segment, weeping in front of a community center where she and other children were sent to spend the night. “My dad didn’t do nothing. He’s not a criminal.”

“President Donald Trump has made cracking down on immigration a centerpiece of his administration and said on (8/9/2019) that actions like the one this week served “as a very good deterrent” to those in the country illegally. “When people see what they saw,” he said, “they know that they’re not staying here.”

ICE officials told reporters on a call on Thursday that they had released 303 people for humanitarian reasons – if they were pregnant or a primary caretaker of children, for example. Among those released pending a hearing before an immigration judge were 18 “juveniles” who had been working in the plants, including one 14-year-old, ICE said.”

“Koch Foods said on its website dated (8/9/2019) that it was cooperating with the government’s ongoing investigation following the ICE arrests. Koch said the Morton, Mississippi, plant employs more than 1,000 people and that the company is “diligent about its compliance with state and federal employment eligibility laws.”

“The company has been the target of ICE work site enforcement in the past.”