Finally, a leader, the Democratic Party presidential contender, Senator Elizabeth Warren has been calling out the Democratic Party leadership team members headed by Speaker Nancy Pelosi in the US House of Representatives for being complicit in the criminal acts being continuously perpetrated by the republican President Donald J. Trump by being slow to act on its constitutionally mandated duty of aggressively pursuing the tool of impeachment against him, because of political considerations.

With the latest Whistle-blower complaint scandal where it’s alleged that during July 2019 phone calls and other forms of communication between President Trump and the Ukrainian President Volodymyr Zelensky, President Trump could be heard, allegedly compromising US national security interests, to where there’s no longer any justification that passes a smell test as to why,there’s any delay in the House initiating impeachment proceedings against President Trump.

Speaker Pelosi’s is like the prosecutor who has been presented with a slam dunk case against a suspect but she refuses to go to trial because she could lose some votes among her district’s constituents.

According to the Washington Post reporting, the president could be heard requesting opposition research regarding VP Joe Biden and his son Hunter’s 2014 business dealings in Ukraine, in an implied or overt exchange for the end of his delaying the release of $250 million dollars of US military aid to Ukraine. The US Congress had provided for these funds in 2017, so that Ukraine could adequately defend its territory against its neighbor, Russia expansionist plans. So far, the US Department of Justice’s Attorney General has been blocking the delivery of this complaint to the US Congress as required by law.

The vote by the House Judiciary Committee on 9/19/2019 to establish rules and procedures for the forthcoming investigations into Trump’s conduct was a welcome development. It’s a positive signal that there are some within the Democratic Party who are ready to fight alongside voters to hold President Trump accountable.

See: Trump Asks Question As to How Dumb Do People Think He is? Answer: He’s Really, Really Dumb.

See: Trump Had Been Slow Walking $250 Million Dollars Of US Military Aid Promised To Ukraine 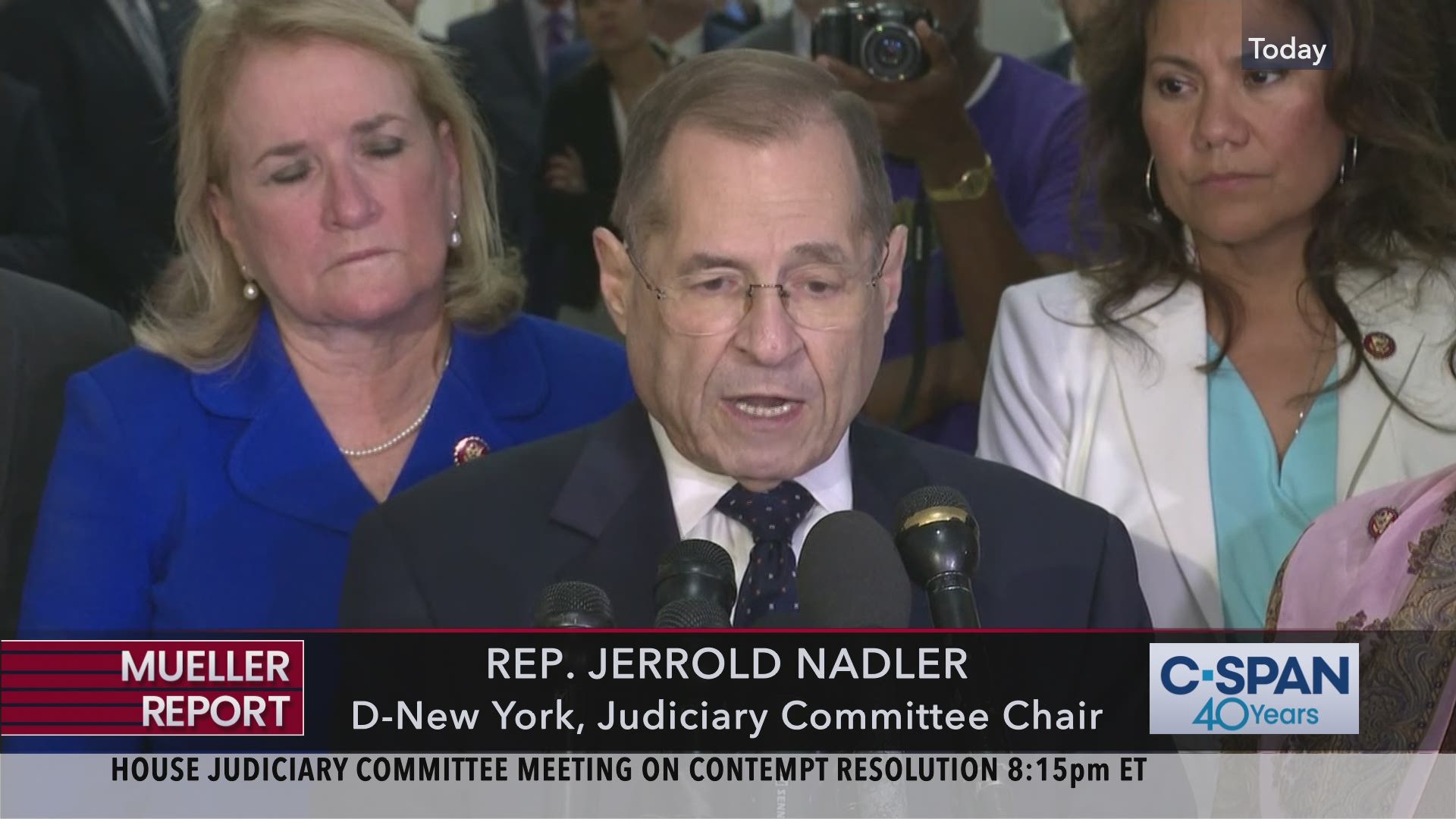 As per the 9/21/2019 Truthout.org report published the following analysis by Julia Conley of Common Dreams, “Warren Accuses Congress of Complicity in Trump’s Continued Abuses”

“Sen. Elizabeth Warren accused the U.S. Congress of complicity in President Donald Trump’s continued abuse of power late Friday (9/20/2019), after reports surfaced of his alleged attempts to solicit foreign meddling in the 2020 presidential election, and reiterated her demand that Democrats use their majority in the House to pursue impeachment.” 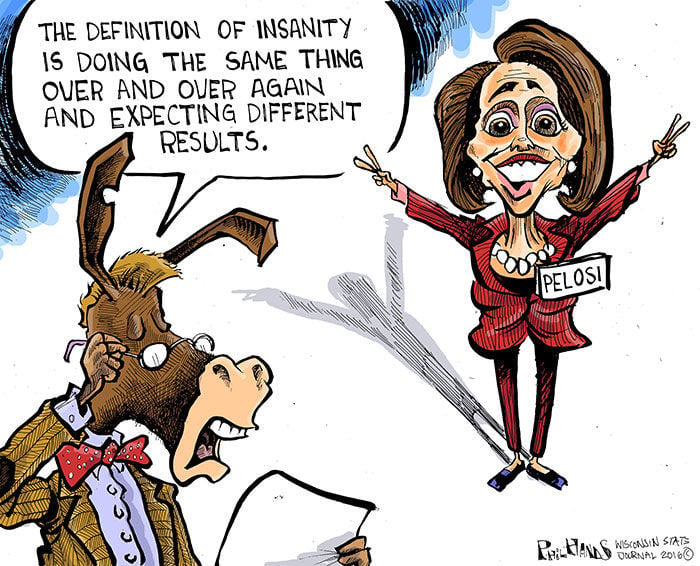 “Warren wrote that House Democrats should have promptly pursued impeachment after the release of Special Counsel Robert Mueller’s report on Trump’s campaign, which outlined a number of instances in which the president obstructed justice during Mueller’s investigation—similar to the actions that led Congress to draft articles of impeachment against President Richard Nixon in 1974.”

“By failing to act, Congress is complicit in Trump’s latest attempt to solicit foreign interference to aid him in U.S. elections,” Warren said. “Do your constitutional duty and impeach the president.”

After the Mueller report, Congress had a duty to begin impeachment. By failing to act, Congress is complicit in Trump’s latest attempt to solicit foreign interference to aid him in US elections. Do your constitutional duty and impeach the president. “The House Judiciary Committee, which called former Trump campaign official Corey Lewandowski to testify earlier this week, has said it is in the midst of an impeachment inquiry. But House Speaker Nancy Pelosi has declined to classify the proceedings as such, and Democrats have drawn criticism for progressing slowly toward holding the president accountable for alleged obstruction of justice.”

“The reports of Trump’s communications with Ukraine came days after the Washington Post reported that a whistleblower in the intelligence community revealed a “promise” the president made to Ukrainian officials. In comments to the press on Friday afternoon, Trump said, “It doesn’t matter what I discuss” with foreign officials and called his conversation with Zelensky “totally appropriate.”

“A president is sitting in the Oval Office, right now, who continues to commit crimes,” Warren tweeted. “He continues because he knows his Justice Department won’t act and believes Congress won’t either. Today’s news confirmed he thinks he’s above the law. If we do nothing, he’ll be right.”

“Meanwhile, House Speaker Nancy Pelosi dismissed the possibility of impeaching Trump, calling the whistleblower’s report “alarming” and saying the White House is “breaking the law” by not allowing the director of national security to forward the complaint to Congress—but adding only that laws must be passed to prevent future presidents from behaving as Trump has.”

On September 21, 2019, Tom Nichols for the Atlantic penned the following analysis, “If This Isn’t Impeachable, Nothing Is” (“The president reportedly sought the help of a foreign government against Joe Biden”)

“The president of the United States reportedly sought the help of a foreign government against an American citizen who might challenge him for his office. This is the single most important revelation in a scoop by The Wall Street Journal, and if it is true, then President Donald Trump should be impeached and removed from office immediately.”

“Until now, there was room for reasonable disagreement over impeachment as both a matter of politics and a matter of tactics. The Mueller report revealed despicably unpatriotic behavior by Trump and his minions, but it did not trigger a political judgment with a majority of Americans that it warranted impeachment. The Democrats, for their part, remained unwilling to risk their new majority in Congress on a move destined to fail in a Republican-controlled Senate.”

“Now, however, we face an entirely new situation. In a call to the new president of Ukraine, Trump reportedly attempted to pressure the leader of a sovereign state into conducting an investigation—a witch hunt, one might call it—of a U.S. citizen, former Vice President Joe Biden, and his son Hunter Biden.”

“As the Ukrainian Interior Ministry official Anton Gerashchenko told the Daily Beast when asked about the president’s apparent requests, “Clearly, Trump is now looking for kompromat to discredit his opponent Biden, to take revenge for his friend Paul Manafort, who’s serving 7 years in prison.”

“If this in itself is not impeachable, then the concept has no meaning. Trump’s grubby commandeering of the presidency’s fearsome and nearly uncheckable powers in foreign policy for his own ends is a gross abuse of power and an affront both to our constitutional order and to the integrity of our elections.” 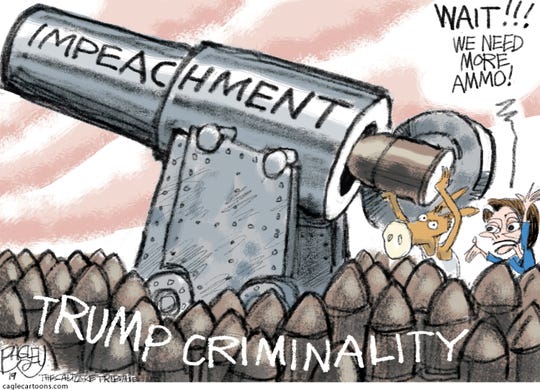 “The story may even be worse than we know. If Trump tried to use military aid to Ukraine as leverage, as reporters are now investigating, then he held Ukrainian and American security hostage to his political vendettas. It means nothing to say that no such deal was reached; the important point is that Trump abused his position in the Oval Office.”

“In this matter, we need not rely on a newspaper account, nor even on the complaint, so far unseen, of a whistle-blower. Instead, we have a sweaty, panicked admission on national television by Trump’s bizarre homunculus, Rudy Giuliani, that he did in fact seek such an investigation on Trump’s behalf. Giuliani later again confirmed Trump’s role, tweeting that a “President telling a Pres-elect of a well known corrupt country he better investigate corruption that affects US is doing his job.” 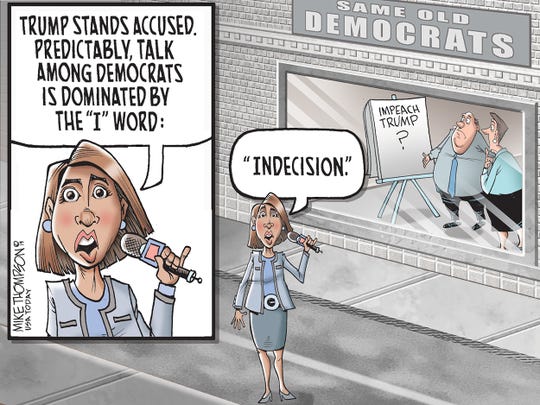 “Let us try, as we always find ourselves doing in the age of Trump, to think about how Americans might react if this happened in any other administration. Imagine, for example, if Bill Clinton had called his friend, Russian President Boris Yeltsin, in 1996, and asked him to investigate Bob Dole. Or if George W. Bush had called, say, President Vicente Fox of Mexico in 2004 and asked him—indeed, asked him eight times, according to The Wall Street Journal—to open a case against John Kerry. Clinton, of course, was eventually impeached for far less than that. Is there any doubt that either man would have been put on trial in the Senate, and likely chased from office?”

“The Republicans, predictably, have decided to choose their party over their country, and the damage control and lying have begun. Senator Josh Hawley of Missouri, for one, has already floated the reliable “deep-state attack” nonsense that will play well on Fox and other conservative outlets. And while Giuliani did Trump no favors with his incoherent ranting on CNN, he did manage to hammer away at the idea that Biden, and not Trump, tried to shake down the Ukrainians while he was vice president.” 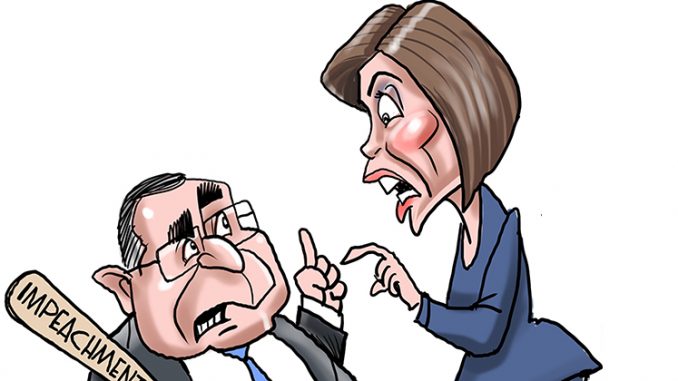 “The problem for Giuliani, the Republicans, and the president himself, however, is that Biden and his actions are now irrelevant to the offenses committed by Trump. The accusations against Joe Biden are false, as we know from multiple fact checks and from the Ukrainians themselves (which is why I won’t deign to repeat them here). But even to argue over this fable about Biden is to miss the point, because it changes nothing about Trump’s attempts to enmesh Biden in a foreign investigation for Trump’s own purposes.”

“The Democratic candidates should now unite around a call for an impeachment investigation…to protect the sanctity of our elections from a predatory president who has made it clear he will stop at nothing to stay in the White House.”

Link to article: theatlantic.com/If This Isn’t Impeachable, Nothing Is..