As per a 9/26 CBS report: The House Intelligence Committee has released an unclassified version of the whistleblower complaint ahead of testimony by the director of national intelligence.

A footnote in the whistle-blower complaint claims that WH officials said it wasn’t the first time that the Trump administration used a special computer system for protecting politically sensitive rather than national security sensitive information.

Whistle-blower complaint claims White House tried to hide Ukraine call memo in classified system.  It also alleges this was not the first time the Trump administration did so.
axios.com
9:47 AM · Sep 26, 2019·
As per the 9/26/2019 Axios report, Whistleblower alleges Trump abused power to solicit foreign interference by Zachary Basu:

“The whistleblower complaint at the heart of a controversy over President Trump and Ukraine alleges that Trump “is using the power of his office to solicit interference from a foreign country in the 2020 election,” and that Rudy Giuliani and Attorney General Bill Barr appeared to be involved in the effort as well.”

Why it matters: “The Trump administration’s initial refusal to turn over the complaint is what led to Speaker Nancy Pelosi’s watershed decision on Tuesday (9/24/2019) to finally support a formal impeachment inquiry. Likely as a result of pressure from that announcement, the administration released both the complaint and, earlier in the day, a summary of Trump’s July phone call with Ukrainian President Volodymyr Zelensky.” 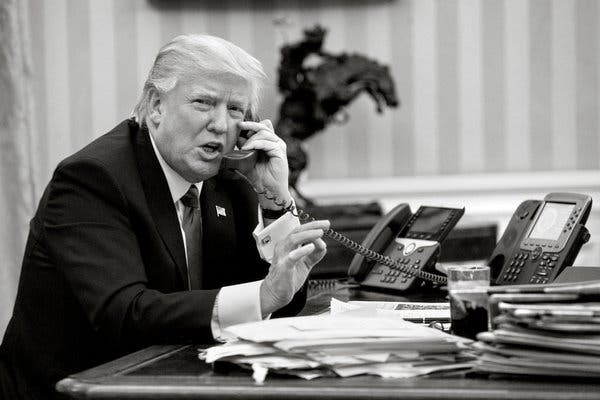 Highlights: “The whistle-blower breaks down the alleged actions — which they said they believe “pose risks to the U.S. national security and undermine the U.S. government’s efforts to deter and counter foreign interference in U.S. elections” — into 4 sections.”

1. “The July 25 Presidential phone call: Multiple White House officials told the whistle-blower that they were “deeply disturbed” by what transpired in the phone call between Ukrainian President Volodymyr Zelensky and President Trump, in which Trump “sought to pressure the Ukrainian leader to take actions to help the President’s 2020 reelection bid.”

2. “Efforts to restrict access to records related to the call: The whistle-blower said that in the days after the call, White House officials “intervened to ‘lock down’ all records of the call, especially the word-for-word transcript.” White House lawyers directed officials to load the electronic transcript onto a separate system that is generally used to handle classified information, despite there being no national security-sensitive material on the phone call.”

3. “Ongoing concerns: A day after the call, the whistleblower said that U.S. envoy to Ukraine Kurt Volker and U.S. Ambassador to the EU Gordon Sondland met with Ukrainian officials and provided them with advice on how to “navigate” Trump’s demands. Trump’s lawyer Rudy Giuliani also traveled to Madrid to meet with a Zelensky adviser and reached out to several other Ukrainian officials as a “direct follow-up” to the call.”

4. “Circumstances leading up to the 25 July Presidential phone call: In the most extensive section of the complaint, the whistle-blower details how Ukraine’s Prosecutor General Yuriy Letsenko made a series of corruption allegations in March 2019 against U.S. officials, including Joe Biden. The allegations were followed by news that Giuliani met on two occasions with Lutsenko and planned to travel to Ukraine in May to pursue investigations related to Trump’s 2020 reelection bid.”

“Worth noting: The whistle-blower didn’t directly witness the events, but said the witness accounts were accurate “because, in almost all cases, multiple officials recounted fact patterns that were consistent with one another.”

On 23rd September 2019, Lawfare published OLC Office of Legal Counsel’s opinion detailing the legal rationale for their determination that “the complaint submitted to the ICIG does not involve an ‘urgent concern'” and that the DNI thus had no statutory obligation to give the complaint to the congressional intelligence committees. The memo can be found here.

“He says he followed protocol: He got a whistleblower complaint that he immediately regarded as “serious,” detailing allegations of abuse of power by the president. So Maguire went to the White House’s lawyers to make sure it wouldn’t fall under executive privilege. Then he went to the Justice Department’s lawyers to get their advice about whether this complaint was “urgent” enough to require being sent to Congress. And they decided it wasn’t, so he couldn’t. “I have to work with what I got,” he said.”

“The problem with how Maguire handled this, Democrats argue, is that he failed to take into context the politics of the moment. This isn’t a typical whistleblower complaint; those normally deal with bad-acting middle managers. It’s a complaint against the president of the United States.” 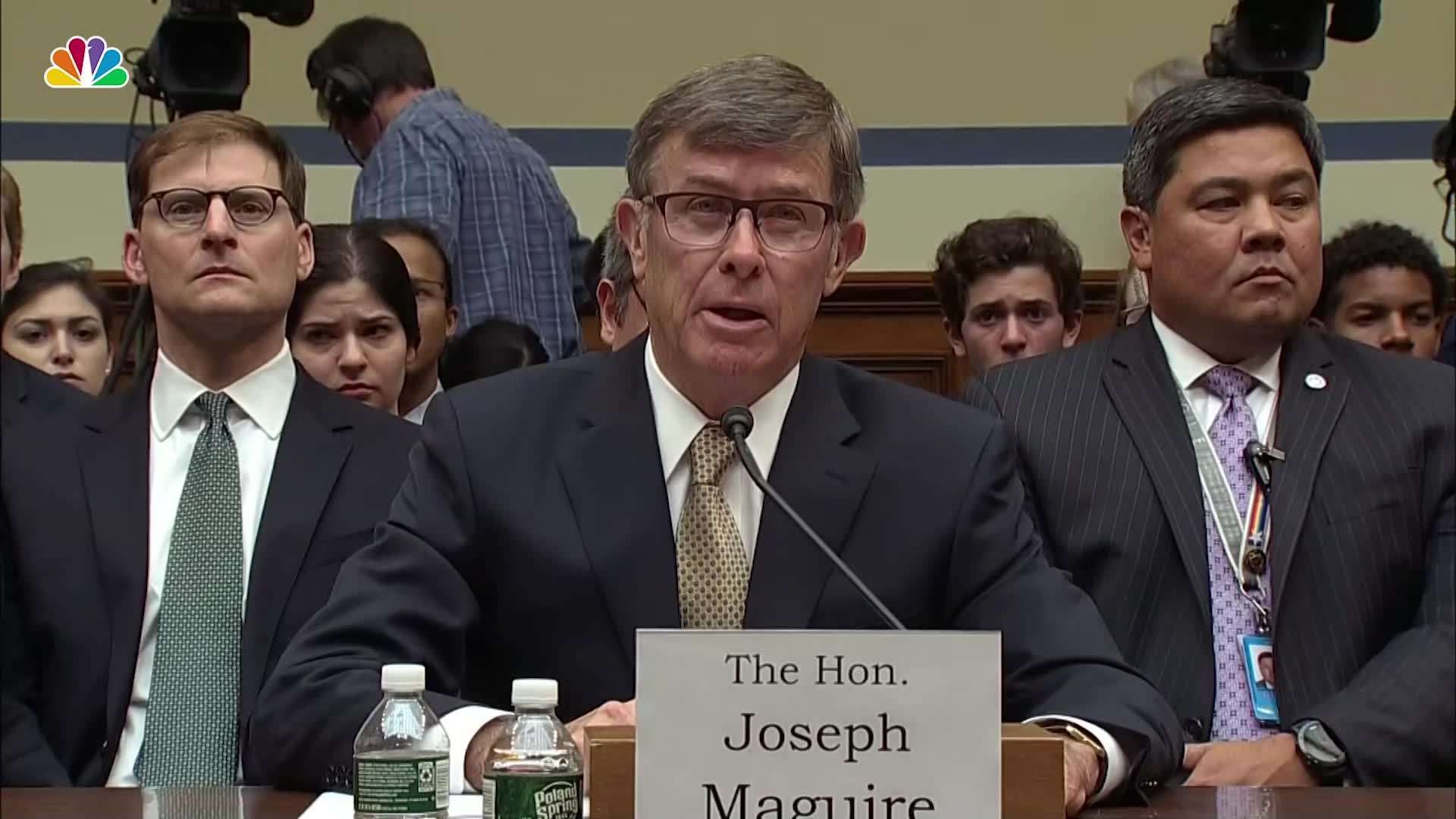 “Trump’s Republican allies in Congress glommed onto (IG referring to the whistle-blower as having “arguable political bias), and Trump himself has called the whistleblower, without knowing his or her identity, “a political hack.”

“But under questioning from Schiff, Maguire backed up the whistleblower’s credibility.”

SCHIFF: “You don’t believe the whistleblower is a political hack?”

MAGUIRE: “I believe the whistleblower is operating in good faith and has followed the law.”

SCHIFF: “Do you have any reason to accuse him or her of disloyalty to the country or suggest he is beholden to anything else but the country?”

MAGUIRE: “Absolutely not. I believe the whistleblower followed the steps every way.” “Here’s Rep. Michael R. Turner (R-Ohio), when he got his turn to speak, addressing the president directly: “This is not okay. That conversation is not okay, and I think it’s disappointing to the American public when they read this transcript.”

“At this point, we can count on our hands the number of Republican lawmakers who have publicly criticized the president for this call.”

But most Republicans were backing the president

“Especially the top Republican on the intelligence committee, Rep. Devin Nunes (R-Calif.). He used his five-minute opening statement to accuse Democrats of working with journalists to try to overturn the 2016 election and connect the matter at hand to other ways Trump allies think Democrats are conspiring to get rid of Trump.”