The month of September 2019 has been trans-formative with regards to the republican President Donald Trump being held accountable for his list of wrong-doings which until now, it looked like his moniker of “Teflon Don” befitted him. No matter how outrageous his behaviors, he appeared to go untouched by events that would have been the ruin of anyone else.

But the president’s good luck has been smashed to smithereens when the Washington Post broke the story with its 9/18/2019 report about a whistleblower’s complaint regarding a July 2019 phone conversation between President Trump and the Ukrainian President Volodymyr Zelenskiy, alleging that President Trump had used the power of his office to solicit interference from a foreign country (Ukraine) in the 2020 election by having Ukrainian prosecutors manufacture dirt on VP Biden and his son, Hunter who had been a director for an Ukrainian natural gas company from 2014-2018, and that Rudy Giuliani and Attorney General Bill Barr appeared to be involved in the effort as well. In addition, the president had frozen military aid committed by the US Congress in May 2019 to Ukraine to the tune of $391 million dollars, to help the Ukrainians fight back Russia’s aggressiveness, just days before the infamous 7/25/2019 Trump- Zelenskiy phone call. Finally, White House staffers recognizing the political lethal quality of the call, secreted the notes about it, in a server designated for covert operations where access was extremely limited.

Additional reporting by The Wall Street Journal and The New York Times confirmed the whistleblower’s complaint, providing new additional details. The Post and the Times then both verified that the president’s personal attorney, Rudy Giuliani had met with an Ukrainian aide in Madrid, just days after the 7/25 Trump-Zelenskiy phone call, to spell out more specifics.

BREAKING: Secretary of State Mike Pompeo took part in a July phone conversation between Trump and Ukrainian President Zelenskiy that is at the heart of a House impeachment inquiry, the WSJ reported on Monday https://yhoo.it/2nfHWYr
CNN News is breaking the story as per NYT that President Trump had a recent phone call with the Australia’s Prime Minister Scott Morrison where the president  pushed the Australian prime minister to help Attorney General William P. Barr gather information for a Justice Department inquiry that Mr. Trump hopes will discredit the FBI’s Mueller investigation, according to two American officials with knowledge of the call.

The Democratic Party’s House Speaker Nancy Pelosi who had persistently resisted pressure to have the House initiate an impeachment inquiry against the president, a power granted it by the US Constitution, finally announced her approval to move forward on impeachment proceedings based on the president’s brazen act of soliciting aid from a foreign government’s leader to help his 2020 campaign with opposition research and thereby, interfere with 2020 US elections, a repeat of what Russia did in 2016 against the USA.

In response to all the above hoopla, the president’s surrogates hit all the Sunday news talk shows on 9/29/2019 to defend their standard bearer by trumping out the GOP talking points, accidentally sent by email to the Democratic Party’s House Speaker Nancy Pelosi. 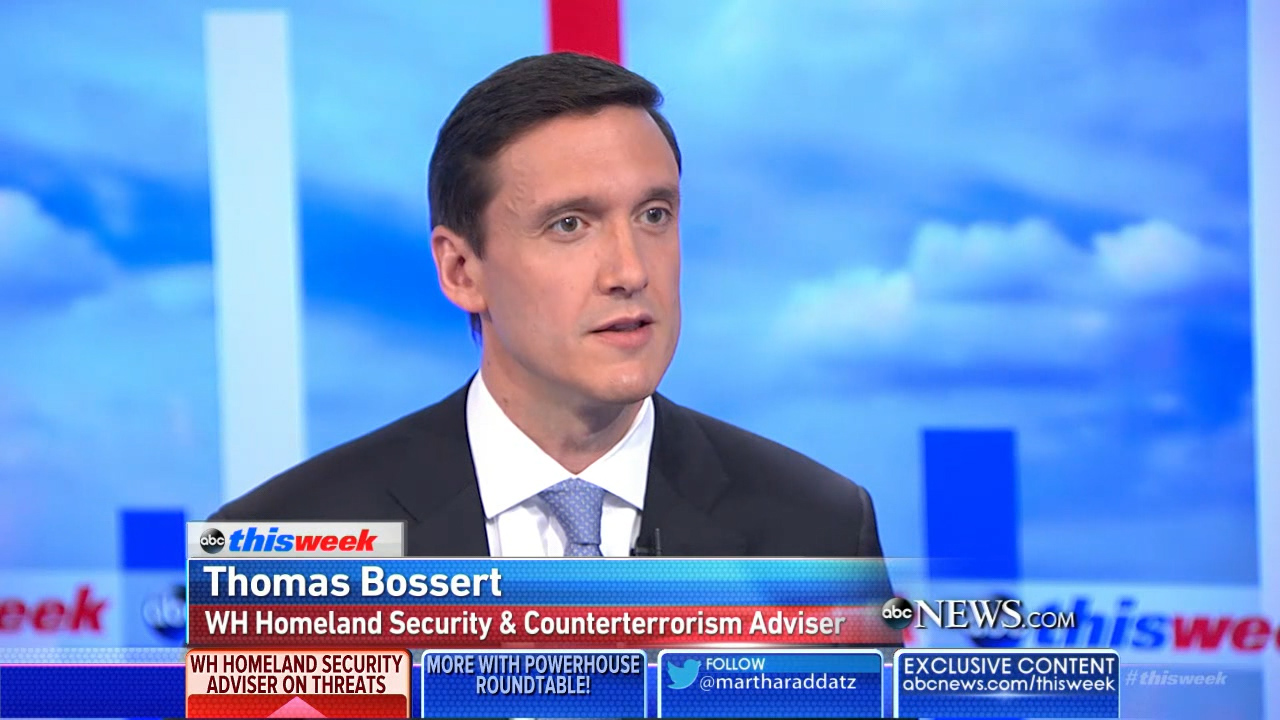 Despite the president and his surrogates having been fully informed of the reality that the GOP conspiracy theories regarding any alleged wrong-doings by the Bidens in Ukraine had been debunked by credible fact checkers from 2015-2019, and that any allegations about Ukraine having messed with 2016 US elections being false, as per President Trump’s first homeland security adviser Thomas P. Bossert, they continued to push the conspiracy theory narratives as factual.

“The White House on (9/25/2019) emailed talking points to Trump allies on how to defend the release of a summary of the president’s phone call with Ukrainian President Volodymyr Zelensky.”

The catch: “The email was mistakenly also sent to Democratic lawmakers before the White House attempted to “recall” it — but not before Democrats tweeted it and sent it to reporters. The apparent blunder revealed the White House’s strategy for combatting allegations that Trump acted improperly when asking Zelensky to investigate Joe Biden.”

“Some of the talking points match what Republicans have been saying on cable news and on the floor of chambers of Congress this morning.”

Details: “The memo claims there was no quid pro quo or anything inappropriate about the conversation between the two presidents.”

“What the president actually talks about was entirely proper,” the email reads.”

“When a high-ranking U.S. government official, like then Vice-President Biden brags that he used his official position to derail an investigation in another country that could have impacted his son, it is appropriate for the President to suggest that the matter be looked into.”

“The memo adds that the real scandal is the leaks about the president’s phone conversation.”

Read the full memo of Trump’s call with Zelensky

As per the 9/23/2019 MediaMatters report, “Debunking lies about Trump, Biden, Ukraine, and the whistleblower” by Courtney Hagle and Bobby Lewis

“On September 19, Trump personal lawyer Rudy Giuliani appeared on CNN’s Cuomo Prime Time and denied, then admitted, then denied again that he had asked Ukraine to investigate the Bidens. Additional reporting from The Wall Street Journal and The New York Times appeared to confirm the whistleblower complaint, providing new additional details. The Post and the Times then both confirmed that Giuliani had met with an aide days after Trump’s call to spell out more specifics.”

“Trump and his allies are relying on the complexity of the story to muddy the waters, pushing out a slew of myths in a rush to provide cover for Trump as details surrounding the story continue to emerge. Trump’s allies in right-wing media are frantically trying to reframe the story to be about Biden’s supposed corruption in Ukraine, push false or misleading information about the Ukrainian prosecutor at the center of the story, discredit the whistleblower as a “deep state” snitch seeking to undermine Trump, insist that Trump was just engaging in run-of-the-mill foreign policy discussions, and assert that the Trump administration doesn’t have a responsibility to turn the complaint over the Congress.”

Myth: The real story is alleged Biden corruption in Ukraine

“Right-wing media have rushed to try to make the story not about Trump attempting to force a foreign country to investigate a political opponent, but about Biden’s connections in Ukraine. Trump and Giuliani allege that then-Vice President Biden pressured the Ukrainian government to fire a prosecutor — Viktor Shokin — overseeing a corruption investigation of one of Ukraine’s biggest gas companies, Burisma Group. Biden’s son, Hunter, was serving on the company’s board at the time.”

“Over the weekend, Fox & Friends Saturday guest Peter Schweizer called for the Department of Justice to investigate Biden, and Fox host Sean Hannity declared that he is “happy at the news” because of the opportunity to expose Biden.”

Fact: There is no evidence of any wrongdoing on Biden’s part

“The Biden-Ukraine “connection” is a conspiracy theory that has been circulating among right-wing media for months. In reality, the push to get Shokin fired was a part of a Ukrainian anti-corruption effort by advocates and international supporters of Ukraine. It was well-established that the United States’ position was that ousting Shokin was a critical aspect of anti-corruption measures. At the time of his removal, The New York Times reported that the “US and other Western nations had for months called for the ousting of Mr. Shokin” for “turning a blind eye to corrupt practices.”

“In May, Daria Kaleniuk, a lawyer who founded Ukraine’s Anti-Corruption Action Center, expressed frustration at how the false accusation was being portrayed by some. The Intercept reported that Kaleniuk felt that “there is simply no truth to the rumor now spreading like wildfire across the internet” and that the reality “is that Shokin was forced from office at Biden’s urging because he had failed to conduct thorough investigations of corruption, and had stifled efforts to investigate embezzlement and misconduct by public officials following the 2014 uprising.”

“Reporter Daniel Dale also fact-checked the matter for CNN.Myth: There was nothing untoward about Ukrainian prosecutor Viktor Shokin.”

“Frequently conservative media, such as this opinion piece from John Solomon, do not note Shokin’s actual reputation, only calling him a Ukrainian prosecutor.”